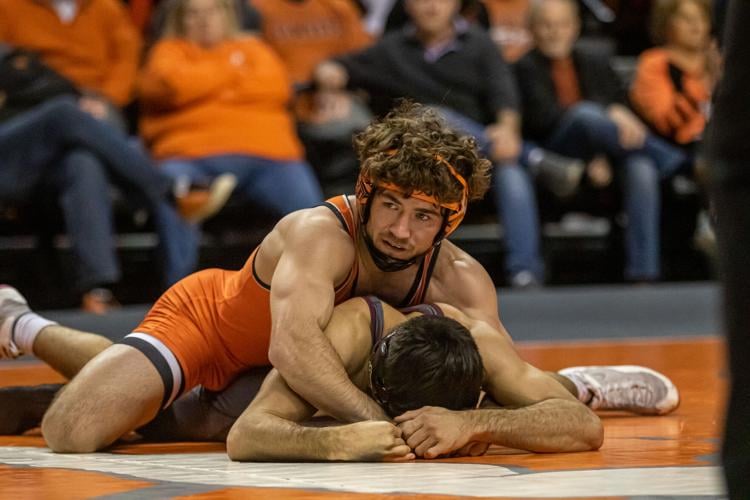 No. 2 Daton Fix, OSU's 133-pounder, is one of two undefeated Cowboys after five duals. 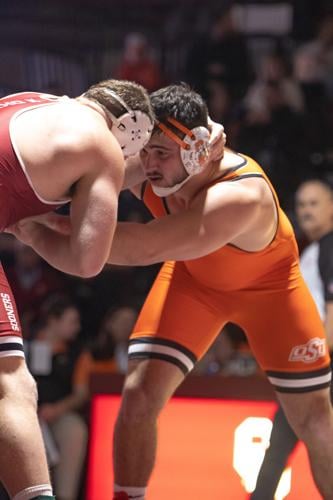 No. 2 Daton Fix, OSU's 133-pounder, is one of two undefeated Cowboys after five duals.

The Cowboys enjoy a nice break before the Southern Scuffle in early January.

Here is how each weight class is doing so far.

Over the last two bouts for Mastrogiovanni, he’s allowed a total of 5:34 riding time (3:27 to Patrick McKee and 2:07 to Joey Prata). Both wrestlers Mastrogiovanni faced are top 25 wrestlers with McKee being in the top five. Mastrogiovanni’s regression has been unexpected, but it’s not enough to write him off. Mastrogiovanni needs to gain some confidence a strong performance at the Southern Scuffle in early January could be just what he needs before he gets into the meat of the schedule.

133: Daton Fix is only one of two undefeated OSU wrestlers

There’s not much to say about Fix’s performance this season other than it’s been expected. Fix has maintained his consistency at the lower weights, making up for the struggles at 141 pounds and 125 pounds.

Just a week after defeating a top-five opponent in Minnesota’s Jake Bergeland, Young turned around and Oklahoma's Mosha Schwartz upset him this past weekend. Young had an up-and-down season last year and has shown tendencies that could result in a similar year. However, there’s still plenty of room to grow for Young as he’s still trying to learn what to do in certain situations. Coach John Smith sees the growth, he just wants more out of his true-sophomore wrestler.

149: There may not have been a wrestler that took their loss harder than Victor Voinovich against the Sooners

After his 3-1 sudden victory loss to Mitch Moore, Voinovich, with his knees to the mat, sat in disbelief. Losing his first dual match against OU certainly hurts, but for a redshirt freshman, it builds character and teaches lessons, especially in wrestling. Like Mastriogiovanni, a good showing at an open tournament could prove vital to his development this season.

157: Kaden Gfeller is one of OSU’s firestarters

He’s a veteran. He knows when he steps on the mat, no matter the circumstance, he knows what’s at stake. Gfeller has seemingly settled into the 157-pound spot much earlier than anticipated. While others are still trying to get acclimated at new weights, Gfeller is proving that at 157.

165: OSU has too many talented, experienced wrestlers to sit the bench

Between departures and decisions come back made during the summer, the best fit seemed to be 165 pounds for Wyatt Sheets. Sheets enjoyed a stretch that saw him win three straight to start the year, but now that the competition has increased, he’s dropped two straight, both by one point. He’s done good so far of getting out from underneath, but securing takedowns has to be an emphasis going forward.

174: Dustin Plott is the other wrestler to be undefeated in dual meets this year

Plott secured a dominant tech-fall victory over Darrien Roberts, which regenerated the momentum that OSU would eventually use to defeat OU in the final bout. Plott has three bonus-point victories in five matches with two tech-falls.

184: Travis Wittlake’s match against Greyden Penner for OU marked the third match of the dual that went into sudden victory

It was a monumental win for the Cowboys and Wittlake himself because it effectively tied the dual and regenerated some confidence for Wittlake that he needed to regain after a tough 4-0 loss to Isaiah Salazar last week.

He looks stronger and he’s certainly more confident wrestling at 197 pounds. Surber took the entire state of Oklahoma by storm with his 34-second pin against former OSU wrestler Keegan Moore which won the first Bedlam dual of the year for the Cowboys. There were questions about how Surber would fit back into 197 pounds, but he’s eliminating the questions one match at a time.

HWT: It’s been quite the process for Konner Doucet so far this year

Doucet has secured just one takedown this season — Nov. 12 against Bucknell.  The last two matches, Doucet has lost in rideouts 2-1. Smith knows that building confidence is key in wrestling. Even though Doucet is still figuring himself out, Smith needs more points out of Doucet. For a four-time state champion, tournaments are Doucet’s thing which could make for a strong run in the Southern Scuffle.