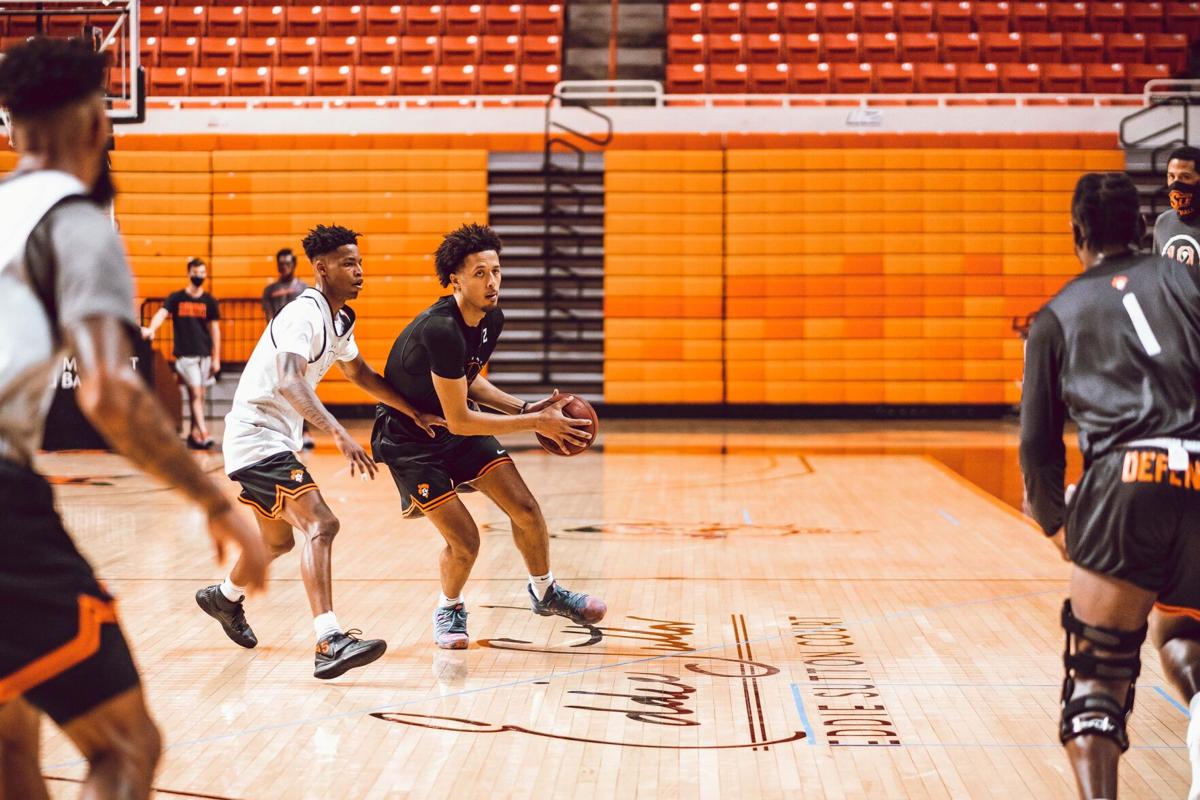 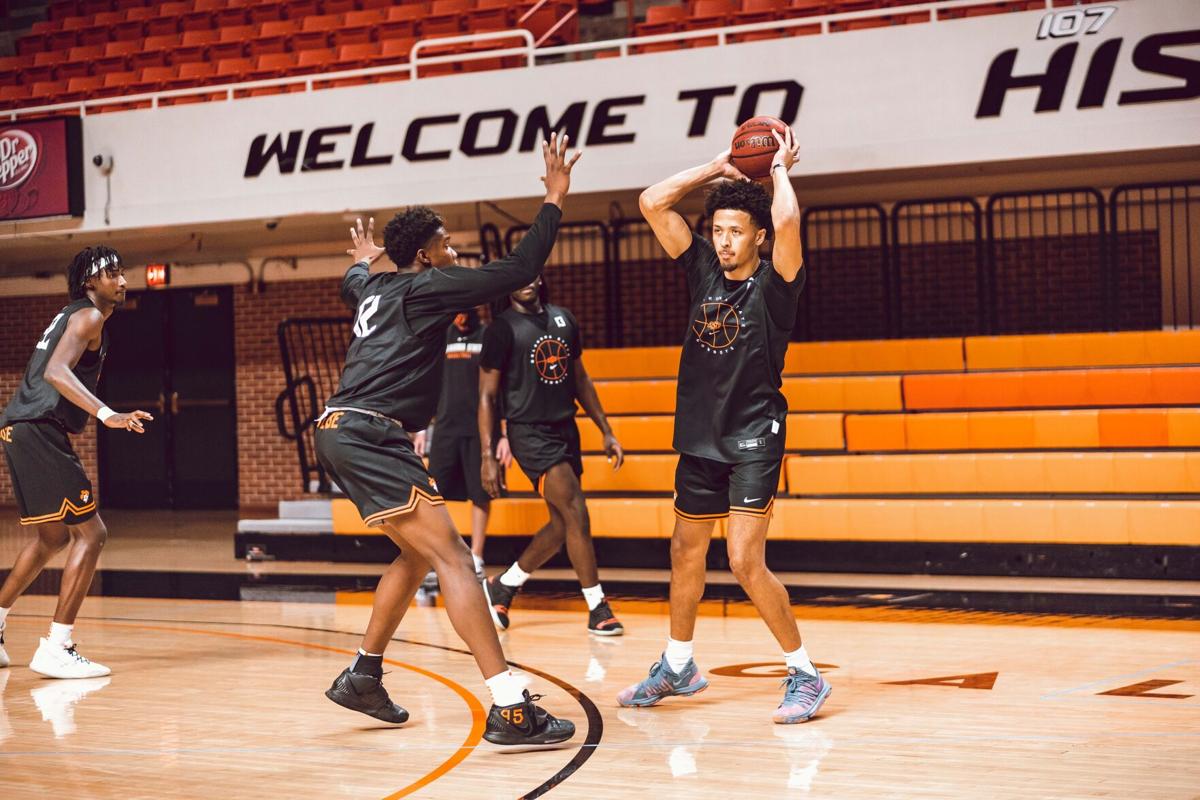 But not just any video, It was Cunningham’s commitment video.

Cunningham knew he was going to commit sooner rather than later, and he decided he wanted to go public with his decision so he could focus on playing the sport he loves. On the day he asked for help, Seaney went into the gym with Cunningham and they filmed the video of him announcing he was going to Oklahoma State.

“It was like a thousand pounds off my back,” Cunningham said. “Ever since then, it was so much easier to play basketball knowing I wasn’t playing for anybody, I was just hoopin’ for myself after that.”

Oklahoma State coach Mike Boynton had closely followed Cunningham for years, being with him every step of the way during his recruiting process. Since he knew Cunningham wanted to commit early, he used all his visits as early as possible..

“The last time I went down there, I went by myself,” Boynton said. “I remember getting with him, and him saying, ‘Hey coach, I think I know what I wanna do and I’m ready to go public with it.’”

Cunningham’s older brother, Cannen Cunningham, is an assistant coach for OSU. So immediately after Cade’s talk with Boynton, he decided to call Cannen. Cunningham told his brother he wanted to commit right then and there, but he was advised to wait until the next day.

So that’s what he did.

“I dropped the video the next day,” Cunningham said. “I dropped it, and then I got off Instagram. I turned my Instagram notifications off for a while, turned the Twitter ones off and then I was just on the phone [with my family].”

Going into the day of Cunningham’s eventual announcement, Boynton knew Cunningham was going to commit at some point that day, but not the exact time.

Once he found out the time Cunningham was dropping the video, Boynton went home to enjoy the moment with his family, especially his son.

“I made sure that I left the gym and campus to go home, so I was home with my son,” Boynton said. “I told him, ‘Hey, Cade’s coming, he’s gonna announce today,’ and I’ve never seen my son more excited. It was a pretty awesome moment to share with him.”

It was a crazy couple of days for Cunningham, his family and OSU basketball. Cunningham was the No. 2 ranked player in the 2020 class with offers from all of the blue bloods. So, he acknowledged the difficulty of the decision, but he doesn’t question the one he made.

“It was a tough decision for sure, but at the end of the day I kinda had deep in my heart that Okstate is where I wanted to be,” Cunningham said.