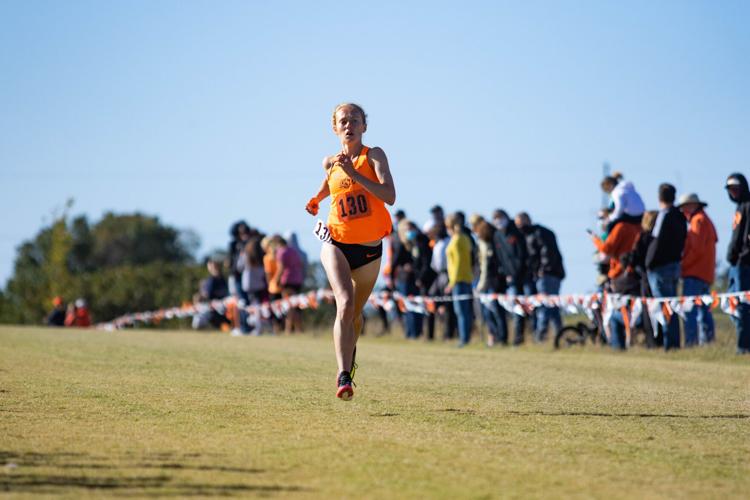 OSU runner Taylor Roe won a national title in the 3,000-meter race this past weekend. 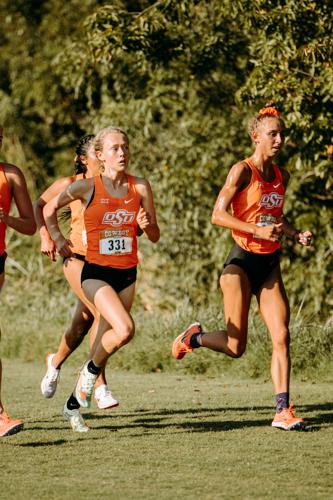 OSU runner Taylor Roe won a national title in the 3,000-meter race this past weekend.

Taylor Roe said by nature she is not a risk taker

Part of what makes Roe, an Oklahoma State junior, winning the NCAA Championship in the women’s 3,000-meter special is the risk she took to do it.

Roe hung in the back of the pack in Saturday’s race. She followed the verbal commands of coach Dave Smith, who yelled instructions to push to the front with 1,000 meters left. Smith was also there for a hug when Roe finished first, bringing home OSU’s first NCAA Championship in cross country or track since Sinclaire Johnson in 2019.

Smith said he isn’t a gambler by nature, either, but the strategy to start out slow was adopted to highlight Roe’s strength and endurance.

“Strategically, it was a great move,” Smith said. “It paid off, obviously. But it's risky because when you kind of go with almost everything you’ve got from not far out you can mistime it and misjudge it and come up about 100 meters short and then pretty soon everybody comes back on you because you sort of stagger down the home stretch.”

Smith said the reason he wanted Roe to make her way to the front at the 1,000-meter mark is because that is when the psychology of the race changes. More runners are likely to take off at that point and Roe had to be part of that group.

With 750 meters left, Roe made her move. Smith said Roe’s push caught NC State freshman Katelyn Tuohy by surprise. Tuohy had to wait for the pack to stretch back out before she made her move. Tuohy couldn’t recover and finished second.

Roe’s push took her to the finish line with a time of eight minutes, 58.95 seconds. It was her first NCAA National Championship.

Roe spoke to the media Tuesday.

“It's still sinking in,” Roe said. “I think every morning I’ve woken up it's been a little bit more.”

Roe and Smith shared a smile when asked if a national championship is what they expected when Smith began recruiting Roe. Smith emphasized the difficulty of getting a title.

“You always hope, and you always dream, but you rarely see it happen,” Smith said. “As a coach who has been doing this for 25 years, did I think this was going to happen? No. I did not. What she did is extremely unlikely, which makes it great.”