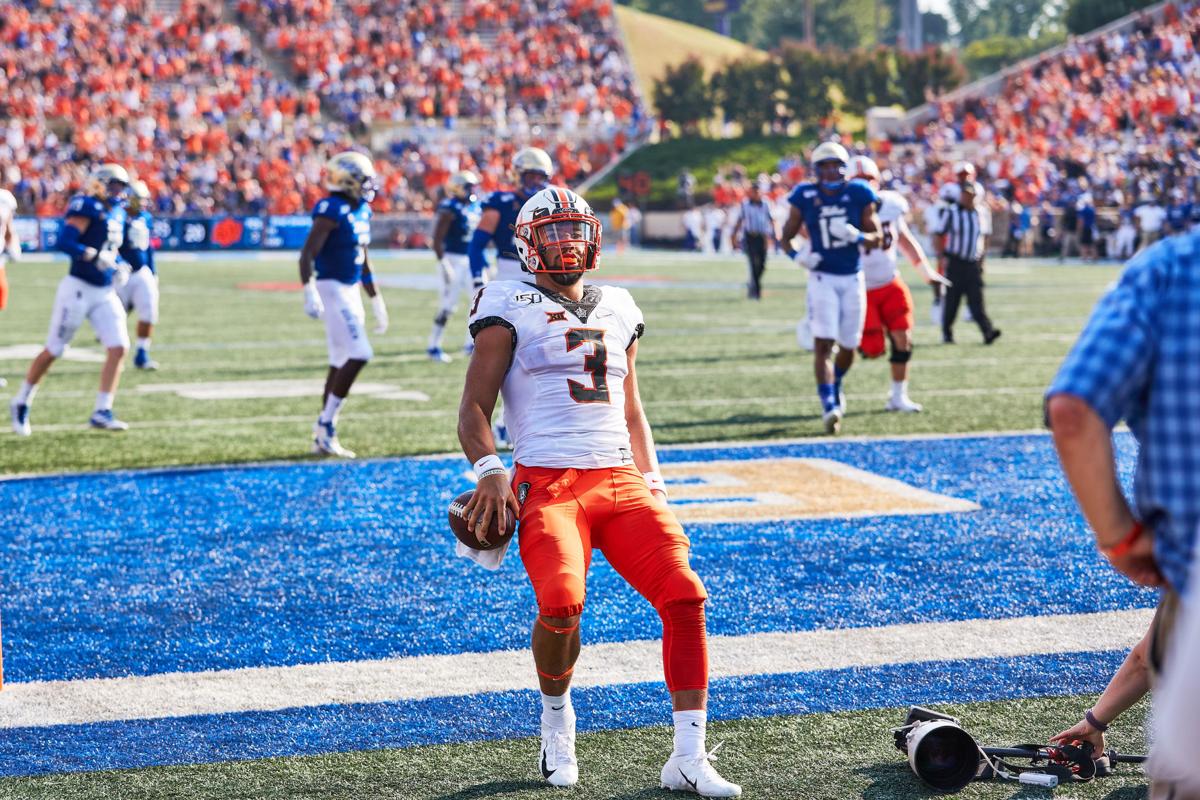 Oklahoma State's Spencer Sanders and Oklahoma's Spencer Rattler will face off in a battle for the superior "Spencer in the state. 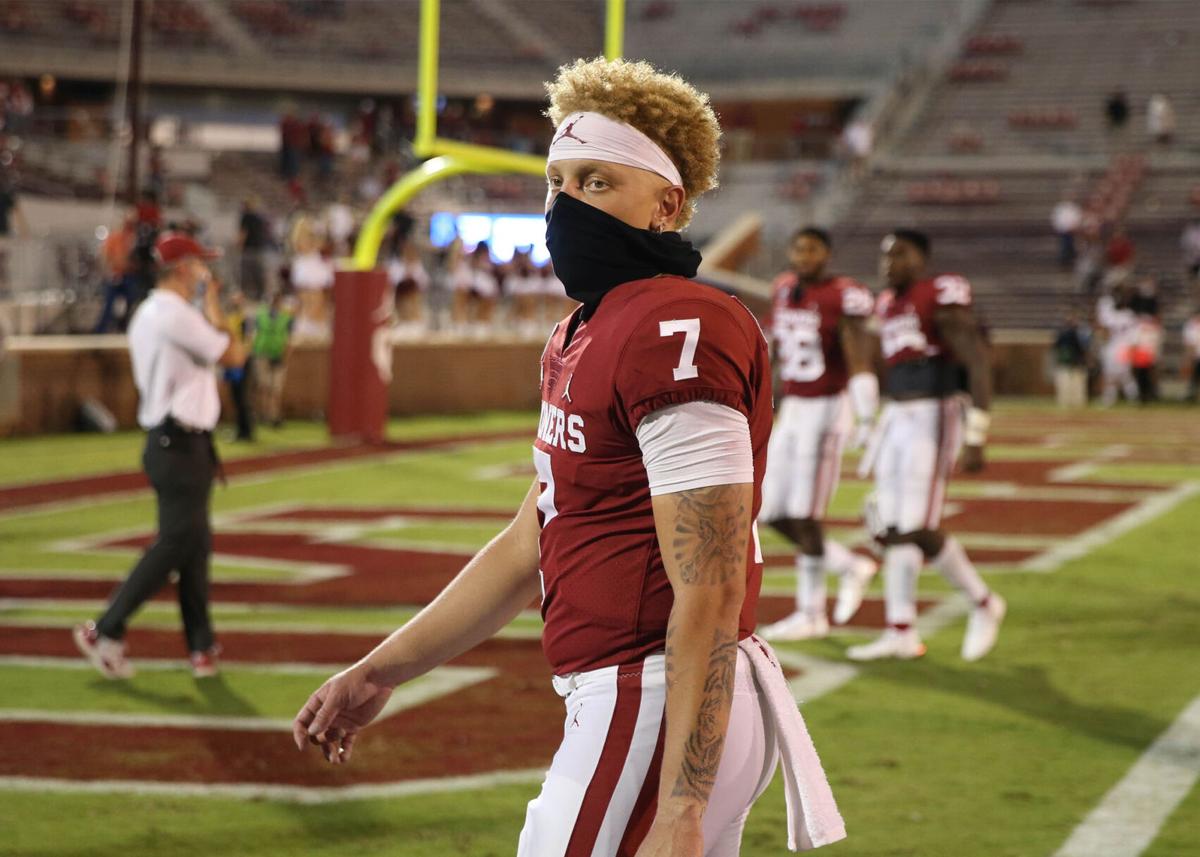 Oklahoma State's Spencer Sanders and Oklahoma's Spencer Rattler will face off in a battle for the superior "Spencer in the state.

The O'Colly · Deep In The Novo - Episode 20 - Football: OSU vs. Oklahoma Preview

Bedlam won’t come down to the play of offensive lines or the secondary, running backs or receivers.

The Bedlam verdict Saturday in Norman likely rests with Spencer.

In today's game, at any level, winning football is decided by premium quarterback play. Both Spencers are capable of that, yet have also endured struggles, placing them in the crosshairs for this game.

Spencer Sanders' top strength is his ability to extend plays when they seem dead. He can make plays all over the field with his arm and legs. Game planning for a quarterback with that athleticism and skill is not an easy task, but both coaches this week have to account for that.

“A guy as athletic as Spencer," Riley said, "even if you assign somebody to him, he’s still tough to handle, even one-on-one because of how gifted an athlete he is.”

Rattler is no different when it comes to his dual-threat abilities, which will challenge a Cowboys defense likely facing it's most difficult task in containing a quarterback this season.

“This is what we're being battle tested at,” OSU corner Rodarius Williams said.

Sanders' and Rattler’s seasons have been anything but smooth, with injuries, fumbles, interceptions and losses stunting their play. Sanders missed most of three games with an ankle injury, and Rattler has been banged up and even benched briefly.

Both have had to bounce back from the downs to create the situation that awaits them in Norman.

“Quarterbacks have to have short-termed memories,” Mike Gundy said. “It is what it is. Most of the time things go well, sometimes things don't go well, you've got to get over it really quick, and you have to be composed.”

“I think the starting quarterback has to have a (mindset of) not necessarily always maybe lowering your shoulder and running over guys," Riley said, "but there’s got to be a toughness and a mental toughness of the guy at that position for your team to meet (goals), to have any of that.”

Sanders' turnovers proved costly for the Cowboys in their only loss to Texas when he fumbled twice and threw an interception. However, since those struggles he’s grown on the field and in practice.

After throwing four interceptions in the Sooners’ first two Big 12 games and then losing an early fumble in the Red River Rivalry, Riley sat his redshirt freshman quarterback for the remainder of the first half.

Since being benched, Rattler has turned his season around.

“No, I wasn’t worried about (Rattler losing confidence),” Riley said. “I mean, I feel like I know who he is. And if he was to mope or not handle it the right way, then he’s not the guy that should be our starting quarterback. That’s just not a quality that would help us or help this team.

“You’ve got to be able to handle situations like that where it doesn’t go your way.”

“He's a much better player now than he was six weeks ago,” Gundy said.

Since he was replaced in the Texas game, Rattler has committed only one turnover compared to six before that. Taking care of the ball will be the top priority when Rattler takes on the Cowboys.

“We’re playing a good football team, playing a good defense,” Riley said. “We’ve got to make plays when we get opportunities to. They’re not going to give you a ton of them. He keeps getting better and better, and so hopefully he’s trying to play his best here at the end.”

Both players are heading into their first Bedlam games as the starters, and that pressure could impact a young player in the spotlight.

Sanders has a competitive spirit and is a self-proclaimed perfectionist, but Gundy said he’s comfortable with his quarterback.

“The positive about Spencer is he's ultra competitive,” Gundy said. “He's not scared. He'll compete. He fights right to the end. We need him to adjust his composure some when things (don't) go well.”

Rattler, on the other hand, has played in a rivalry game as big as Bedlam already, leading his team past Texas.

In that game, he did start slow and was benched, but bounced back in the second half to lead the victory. He’ll have to play well again to ensure his team’s Big 12 hopes stay alive.

The Bedlam verdict Saturday in Norman likely rests with a Spencer.