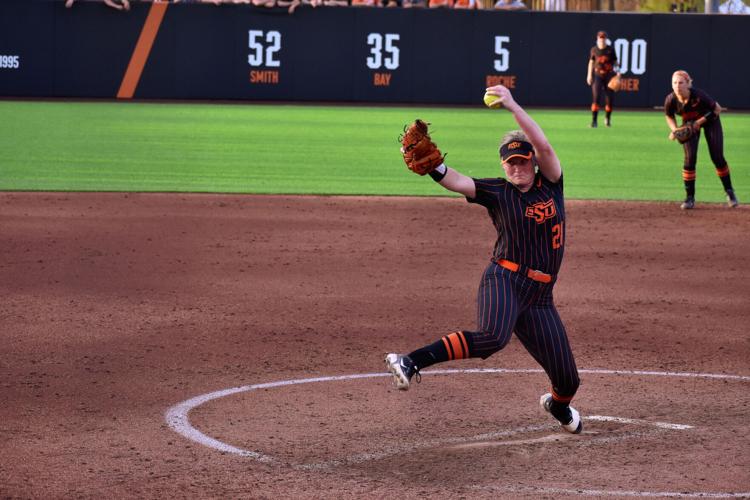 OSU pitcher Kelly Maxwell has accumulated a 1.04 ERA this season, a mark coach Kenny Gajewski has been impressed with. 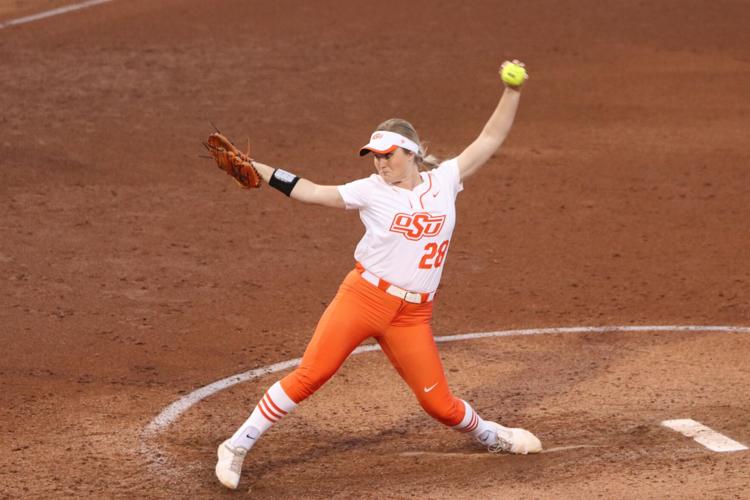 OSU pitcher Kelly Maxwell has accumulated a 1.04 ERA this season, a mark coach Kenny Gajewski has been impressed with.

A few years ago, junior pitcher Kelly Maxwell probably had a better shot of leaving OSU than leading it.

After Maxwell’s freshman year, coach Kenny Gajewski sat his pitcher down in his office. In the room decked out with framed pictures and signed memorabilia, player and coach had a frank, rather bleak exit interview.

“He just said, ‘I don’t know if you’ll be able to play here,’ type of thing,” Maxwell said.

Now, in Maxwell’s redshirt junior year, she will lead OSU against Oklahoma, the nation’s No. 1 team. That conversation helped spur Maxwell’s rise to becoming OSU’s ace and one of the best pitchers in the country.

“I went home that summer and I just worked my butt off,” Maxwell said. “I have a pitching coach back home and I learned how to throw in the glove.”

Going home, to Friendswood, Texas, allowed Maxwell to hone in on her struggles freshman year.

Gajewski said both he and Maxwell knew she needed to get better. She struggled to get batters out and did not look the part of an ace. After the summer, Maxwell came back to OSU with much-increased location skills. Pitching coach John Bargfeldt came on staff and helped Maxwell develop her rise ball — a devastating pitch that has quickly become her signature.

“She goes out here against everyone and dominates,” Gajewski said. “She is the ace of this staff. She has been, she will be.”

Since taking over as OSU’s No. 1 pitcher at the start of the season, Maxwell is 15-2 with a 1.04 ERA. It has not been a cakewalk. The Cowgirls have played of the nation’s most difficult schedules, and Maxwell has already surpassed the number of innings she threw last year.

“Her numbers are absurd,” Gajewski said. “They’re like videogame stuff. She’s pitched against the best teams. She’s had very few days off.”

On Wednesday, Maxwell was announced as one of 10 finalists for the 2022 USA Softball Collegiate Player of the Year. She shares the list with three Oklahoma players.

Maxwell said she is treating OSU’s upcoming series against OU as she would any other. It’s a predictable answer. Maxwell has built a reputation for her calm, even-keeled demeanor.

Despite what Maxwell doesn’t do in the circle — fist pumps, yells and jumps — she is a competitor. She still commands the same determination she channeled into a summer of improvement.

“She may not act like it out loud, but she’s probably the most competitive person on this team in a weird way,” Gajewski said.

Gajewski contrasted Maxwell to Miranda Elish and Morgan Day, two OSU pitchers who are demonstrative while pitching. He also mentioned Jordy Bahl, OU’s fiery star freshman pitcher, as someone who may show more energy, but does not necessarily want games any more than Maxwell.

Maxwell said Gajewski reminds her that he was wrong. Maxwell’s work paid off for her, and for OSU. Instead of getting out after her freshman year in search of guaranteed innings or an easier path, Maxwell stayed. She stuck it out, and got better.

Now she will likely pitch twice against OU for a chance at helping OSU win its first Big 12 regular-season championship.

“When you know that, and you see who she has become, that’s a special thing,” Gajewski said.