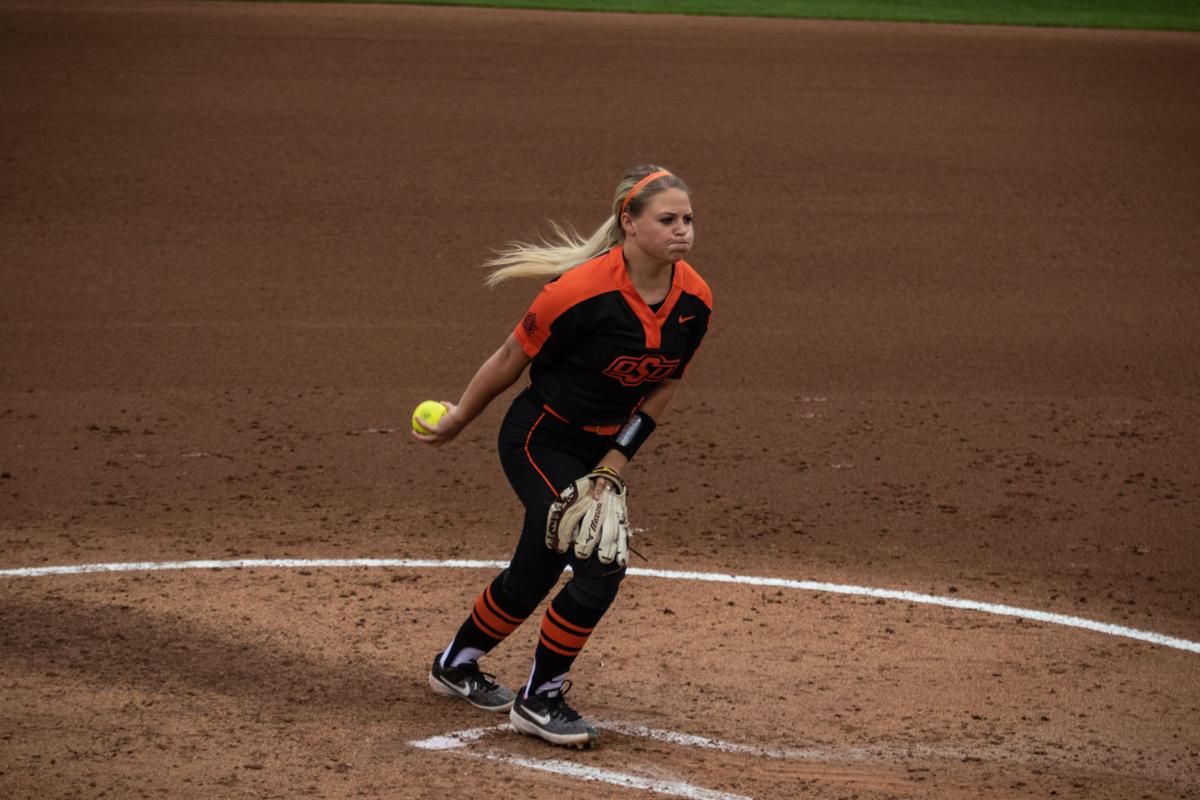 OSU pitcher Samantha Clakley pitches during the No. 12 Oklahoma State vs. North Texas softball game at Cowgirl Stadium in Stillwater on Wednesday, April 24, 2019. 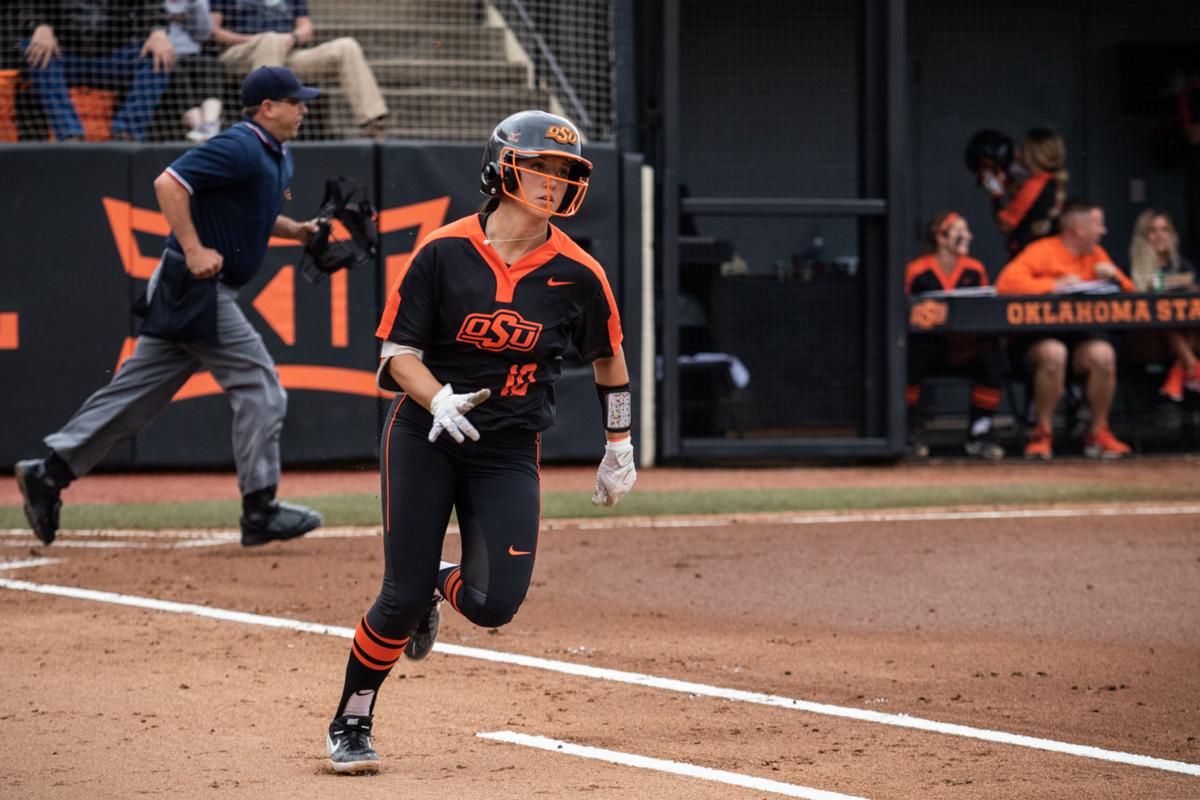 OSU pitcher Samantha Clakley pitches during the No. 12 Oklahoma State vs. North Texas softball game at Cowgirl Stadium in Stillwater on Wednesday, April 24, 2019.

No matter how well she was pitching, one thing was clear to Samantha Clakley. She wasn't giving up a hit.

Through five innings in the Oklahoma State softball team’s 6-0 victory against North Texas, Clakley held the Mean Green offense hitless Wednesday, with a hit batter being the base runner she allowed.

Even without her best stuff by her standards, Clakley got the job done with whatever necessary.

“I felt like I was all over the place tonight,” Clakley siad. “Thank god my defense had my back.”

With a no-hitter going through five, Clakley was pulled for Logan Simunek, who gave up a base hit to her third batter.

While he said he would have liked to have Clakley finish her outing, OSU coach Kenny Gajewski said that a tough decision needed to be made at the time.

“That’s hard,” Gajewski siad. “Bottom line is we’re playing for bigger things and we need those kids to pitch and get innings.”

With her performance of late, Gajewski said he has learned from his mistakes and is giving Clakley the innings she deserves.

“I wasn’t giving her enough opportunities,” Gajewski siad. “Since we’ve been running her back out there regularly, she’s been as good as anyone we've got.”

With their last game coming against Tulsa on April 16, the Cowgirls had to knock off some rust at the plate Wednesday night.

Madi Sue Montgomery led the way for OSU with two of the Cowgirls' first three hits. Montgomery, a senior, totaled two doubles and scored the second run of the game during OSU’s breakout fourth inning in which it scored four runs.

Montgomery said the week-long break took the team a little time to get itself out of.

“I think seeing live pitching took a little bit,” Montgomery said. “But we had faith in ourselves throughout the whole game and were just trying to have good at-bats.”

Gajewski said seniors like Montgomery and Clakley are the ones that are looked to when the team starts slow.

“You look at those kids first,” Gajewski said. “They’re the kids you've seen do it over and over again. You know that they are calm and are under control. Madi’s just one of those kids that's starting to get hot. Her average is just creeping up there. She just continues to lead us and that's a big deal.”