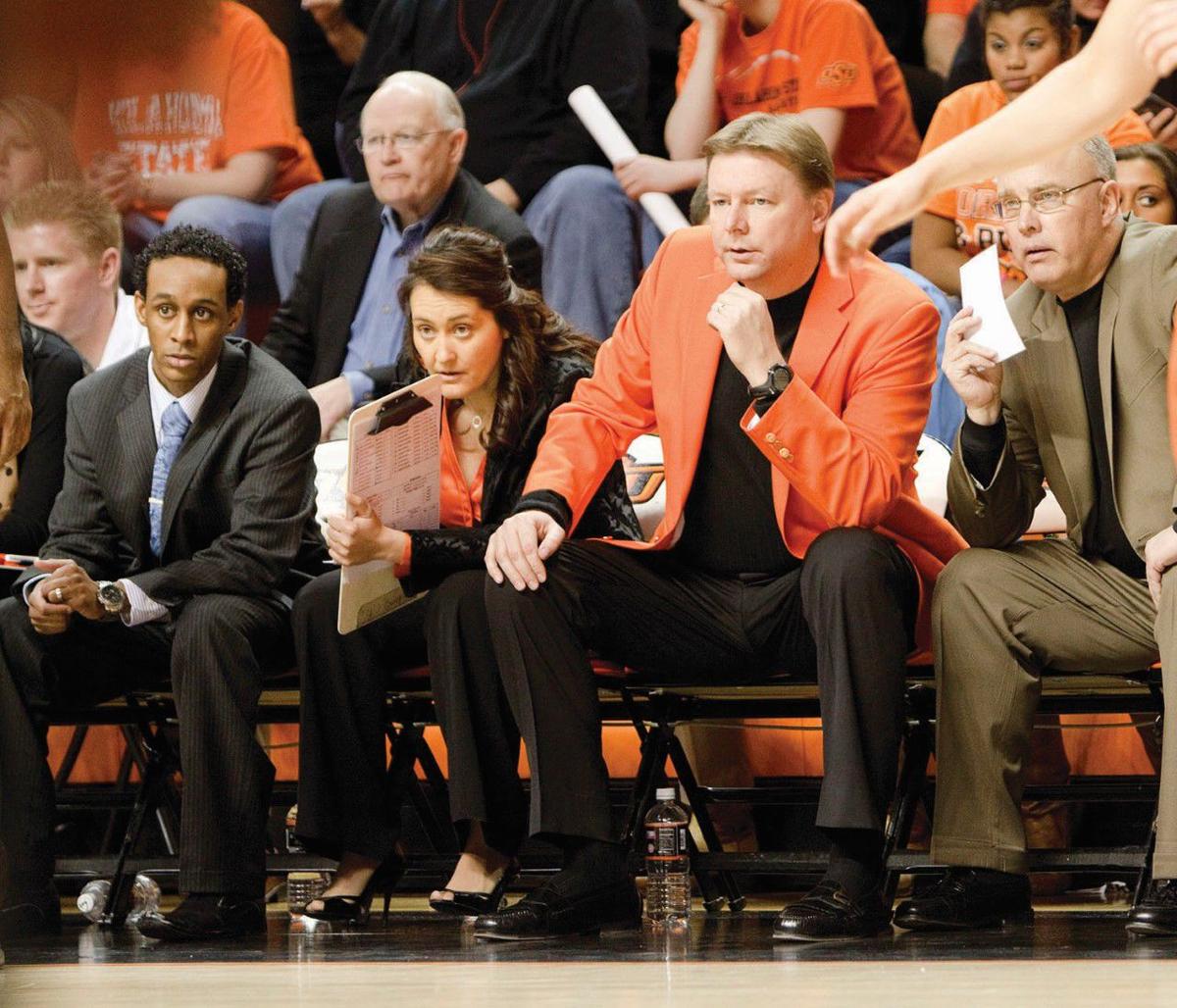 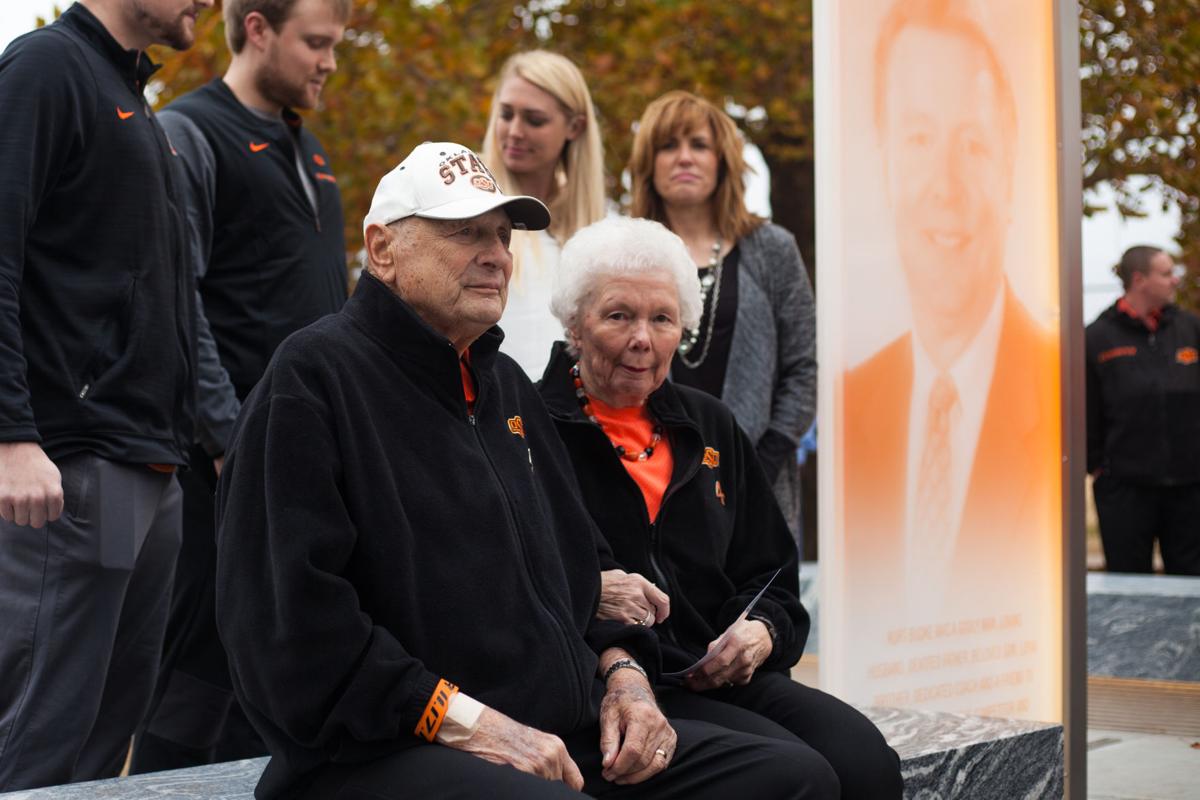 The Budke family next to the newly unveiled memorial for Kurt Budke.

The Budke family next to the newly unveiled memorial for Kurt Budke.

Many team members didn’t know of the recruiting trip coach Kurt Budke and assistant coach Miranda Serna took on the evening of Nov. 17, 2011.

Lindsey Keller, a player on the 2011 Oklahoma State women's basketball team, was one of many who were out of the loop.

The morning of Nov. 18, then assistant coach Jim Littell was awakened by OSU police at 3:01 a.m. and called a team meeting shortly after. Players were contacted and all had no idea what the meeting was for.

Some players, like Liz Donohoe-Patman, were still asleep when they were called to the gym. They eventually woke up to team managers banging on their doors at 4 a.m.

“We know it is serious, and you’re kind of nervous,” Donohoe-Patman said. “We were like, is this a practice thing? Or something serious, for them to do this.”

The meeting was to inform the team Budke and Serna passed away in a plane crash during their trip to Arkansas. On Wednesday night, Littell and OSU honored the 10-year anniversary of the plane crash at Gallagher-Iba Arena in Stillwater.

“I was completely shocked,” Keller said. “Most of us didn’t even know they were going on a recruiting trip in general. We didn’t know they were traveling.”

Devastation took over the Cowgirl locker room. No direction for the next steps of the season.

“Basketball seems to take a backseat at that point and you’re just kind of worried about your team and their families, and just how things are going to go from here,” Keller said.

The Cowgirls still had a whole season ahead of them. Only one game was played before the crash.

“Coach Sutton had told me on his experience of ‘Remember the Ten’ and that, ‘You need to get (the players) active as quickly as possible. Get them back on the floor.’” Littell said. “Travis Ford was here at the time and there was no one more gracious than he and his wife. He had our team over to their house, he rented the bowling alley for both programs. He was just very, very good at helping us try to get the kids' minds elsewhere.”

It was difficult for Littell, who had to coach basketball directly after the event.

The Cowgirls strung together seven straight wins by a margin of 28 points with wins over Missouri State, Indiana and Mississippi State.

The team would finish seventh in the Big 12, and compile a 16-11 record. With a loss to Missouri in the first round of the Big 12 tournament, the NCAA Tournament was in doubt.

The team received a bid to play in the Women’s National Invitation Tournament and would go on to win six games in a row, winning the WNIT Championship.

“We were playing for them,” Keller said. “It made us that much closer, it made us play better as a team and it gave us something bigger than ourselves to really dedicate our efforts toward.”

Donohoe-Patman, who averaged 14.5 points a game as a freshman, complemented Littell on his coaching efforts from the 2011 season.

“Littell handled that year phenomenally,” Donohoe-Patman said. “I, to this day, just commend him for how he handled that and how he put himself to the side and really focused on us.”

Littell and Budke were best friends, and their relationship has dated back to the mid 1980s. Littell even coached Budke’s wife, Shelley, during his time in Kansas. Budke was his best man at his wedding.

Littell continues to honor the legacy of Budke and Serna by taking his team to the memorial outside of Gallagher-Iba Arena and speaking about how they changed the Cowgirl basketball program forever.

N’Yah Boyd, OSU's point guard, transferred in from North Texas and is new to this setting, but after Monday’s visit to the memorial, she found her perspective on two coaches she has never met.

“I feel like the people had a big impact on the school as well as coach Littell with the way he was explaining about what they did for the community,” Boyd said.

One thing Keller remembers about Budke is that he, ‘always had that orange jacket.’

That orange jacket is how many Cowgirl fans remember him. It was his most memorable gesture he would do for the yearly home game against rival Oklahoma.

The two coaches had an impact on every person they coached and that didn’t stop with Donohoe-Patman.

“I still think of them and how they’ve kind of impacted my life,” Donohoe-Patman said.

Littell believes Budke’s biggest legacy will be that he was a man of God, a great husband and a great dad.

“This is part of our history and this is part of the fabric of who we are,” Littell said. “Serna was a tireless worker, a people person and how loyal she was to coach Budke. For coach Budke, our players enjoyed playing for him and he was a big competitor and winner.”