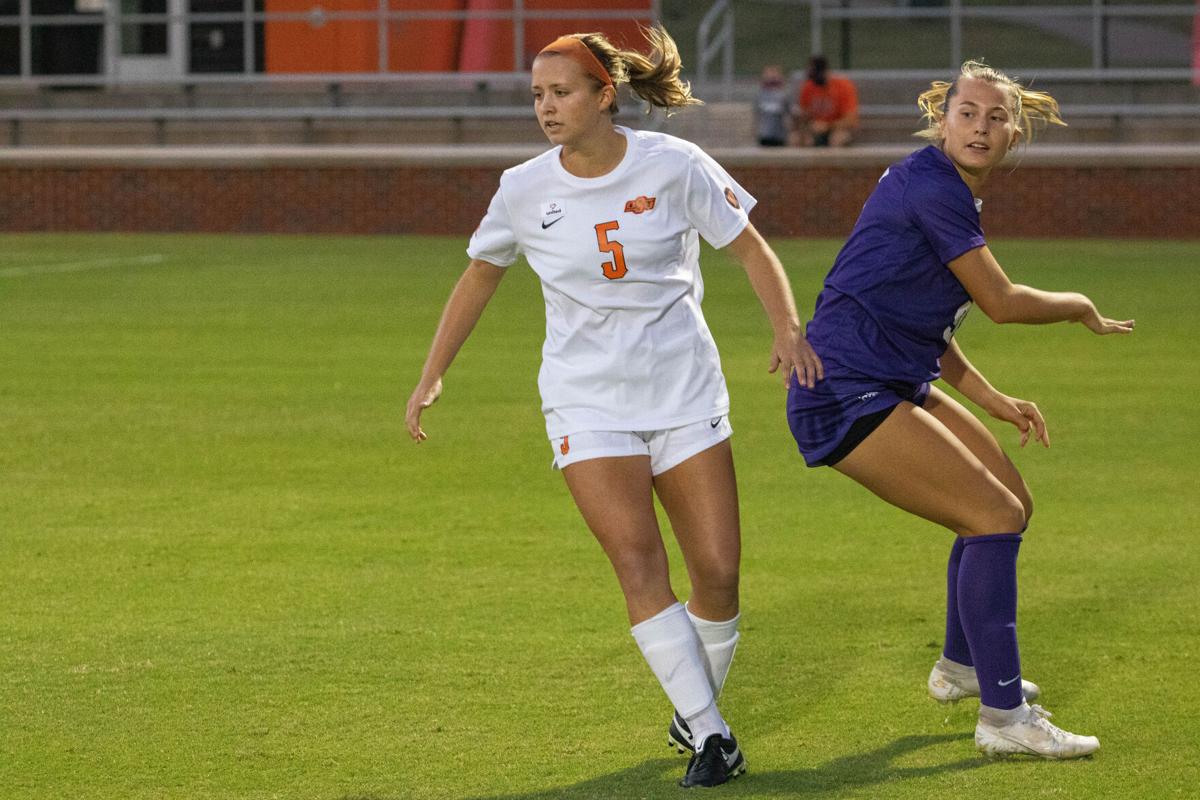 Cowgirls defender Hannah Webb during the Cowgirl soccer game against TCU on Friday, October 9, 2020, at Neal Patterson Stadium in Stillwater. 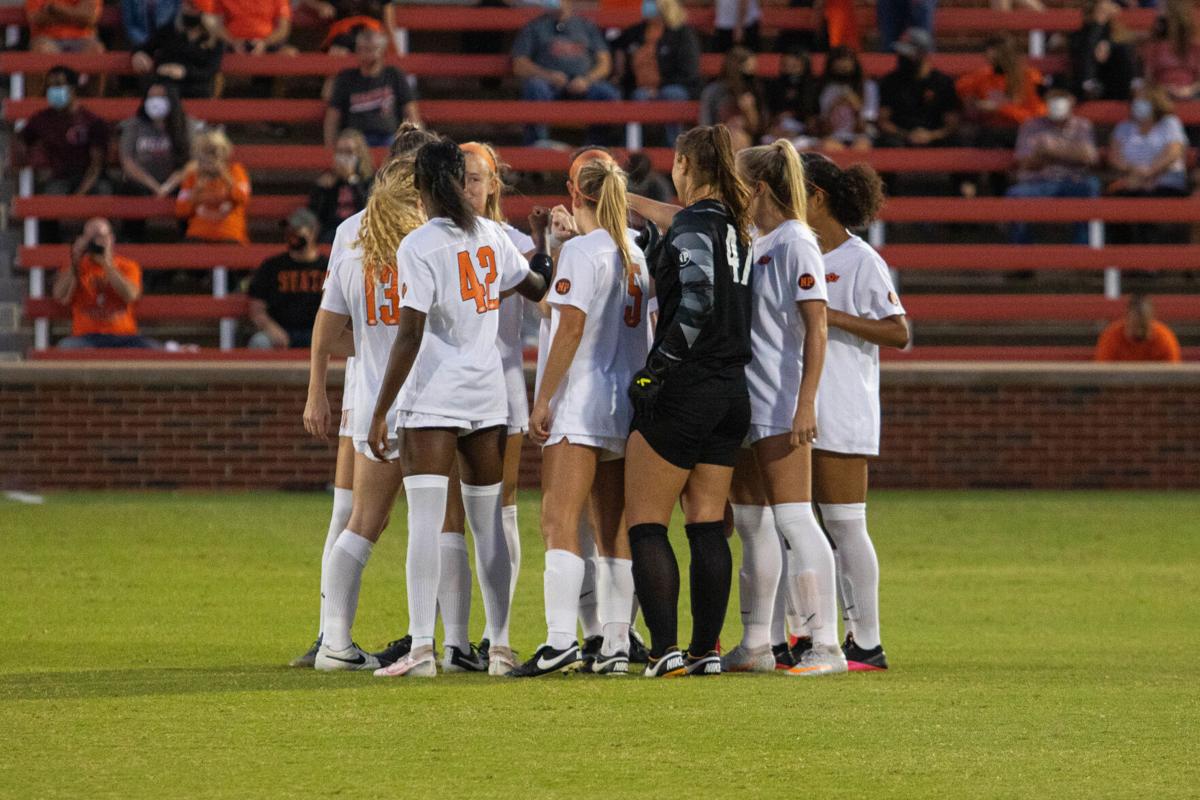 The Cowgirls huddle up before the Cowgirl soccer game against TCU on Friday, October 9, 2020, at Neal Patterson Stadium in Stillwater.

Cowgirls defender Hannah Webb during the Cowgirl soccer game against TCU on Friday, October 9, 2020, at Neal Patterson Stadium in Stillwater.

The Cowgirls huddle up before the Cowgirl soccer game against TCU on Friday, October 9, 2020, at Neal Patterson Stadium in Stillwater.

Overtime is like ordering eight chicken wings and getting ten — pay the regular price with an added benefit.

For the Oklahoma State women’s soccer team, overtime periods have been a part in the latest three consecutive games.

Only one of the last three overtime matches have resulted in victory for the Cowgirls.

After leading for more than 63 minutes on Friday, TCU was able to exploit the stout OSU defense and equalize with less than five minutes remaining in regulation.

“On Friday, we just tried to regroup heading into overtime because we had conceded such a late equalizer and it’s mentally tough to come back from that,” head coach Colin Carmichael said. “We were just trying to get our kids to regroup, refocus and let them know everything is OK.”

Overtime can be a blessing and a curse for some teams. Approaches executed in overtime have critical consequences given the fragile nature of overtime, and one shot can decide the outcome of any given match.

TCU rode the waves of its momentum leftover in regulation and opted to immediately attack OSU on the opening possession of overtime when senior Brandi Peterson notched the winner just 30 seconds into extra time.

“Well, we were up for the entirety of the match, except for the last three minutes, and then we get scored on,” sophomore Olyvia Dowell said. “I think in that specific situation we were all like, ‘Oh crap.’ TCU had the momentum at that point, and we hadn’t scored since the first half.

“Obviously, overtime is exhausting. You go play 90 minutes and then you have to play a maximum of 20 extra minutes. At the end of the day, you really just focus on winning.”

In the high stakes environment presented with overtime, decisions can be difficult to make. Both teams are faced with a tough decision. Squads can choose to be aggressive or play with a conservative edge.

“Overtime is a mixture of patience and urgency,” senior Charmé Morgan said. “When the game is tied, we obviously want to score a goal and not concede. We just have to be smart. We have to be making the right decisions.”

After a stretch of four straight games decided by a goal or less, OSU returns helpful depth this week, after a few Cowgirls were caught up in COVID-19 issues.

“It’s one thing to be back and it is another thing to be ready to play a Big 12 soccer match,” Carmichael said. “What you might see is a few more faces getting some more time.”

Broken Arrow native Mollie Brenier is a young freshman that has recently seen quality minutes off the bench in the right back position. Redshirt Sophomore Kionna Simon and Peyton Vincze mainly occupied that portion of the pitch but Vincze’s season-ending injury three weeks ago has allowed Brenier to step up.

“We have to get creative within our shape and be better in certain situations,” Carmichael said. “That is something I told the team, I said, ‘We didn’t do a good enough job adjusting TCU within that game’.