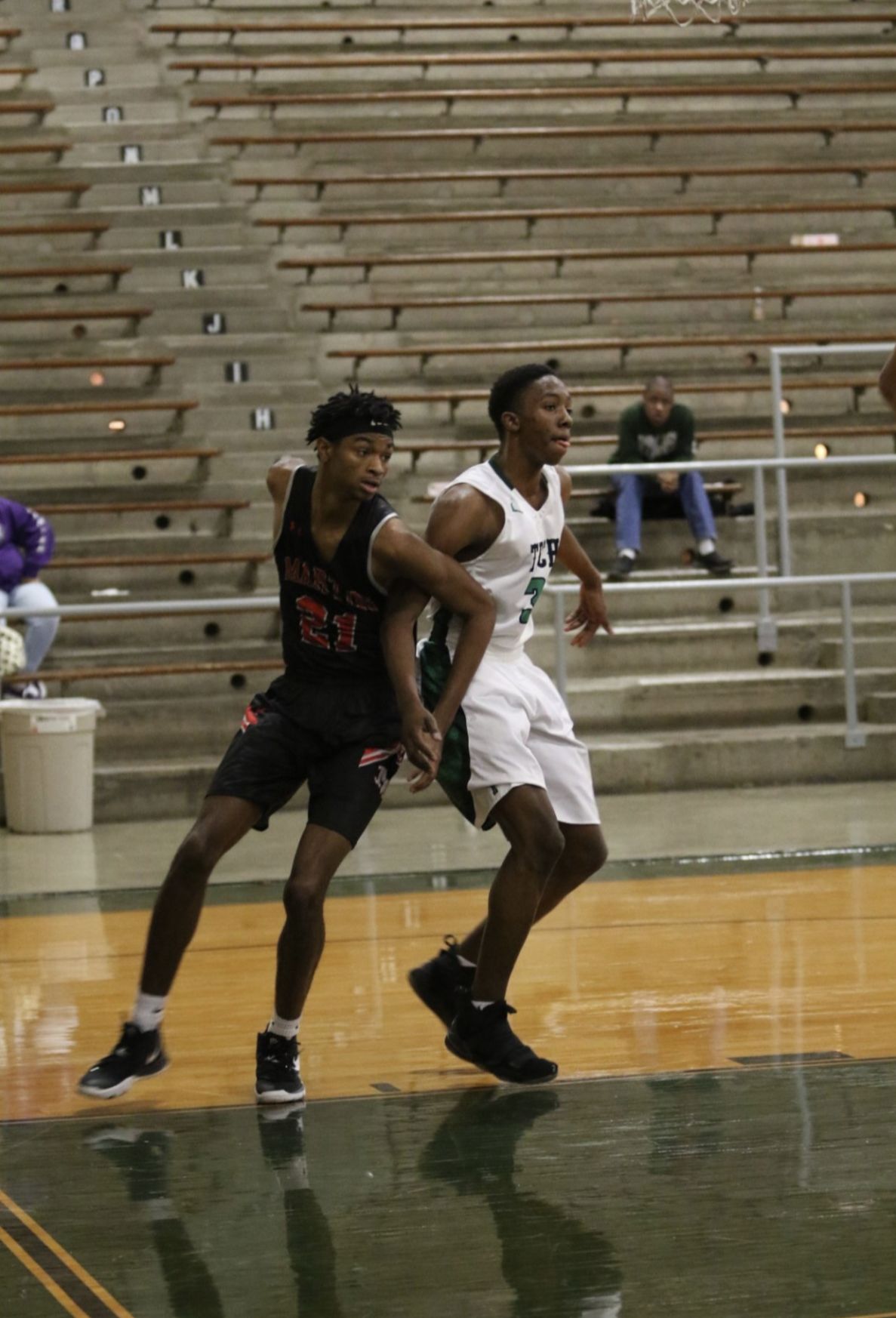 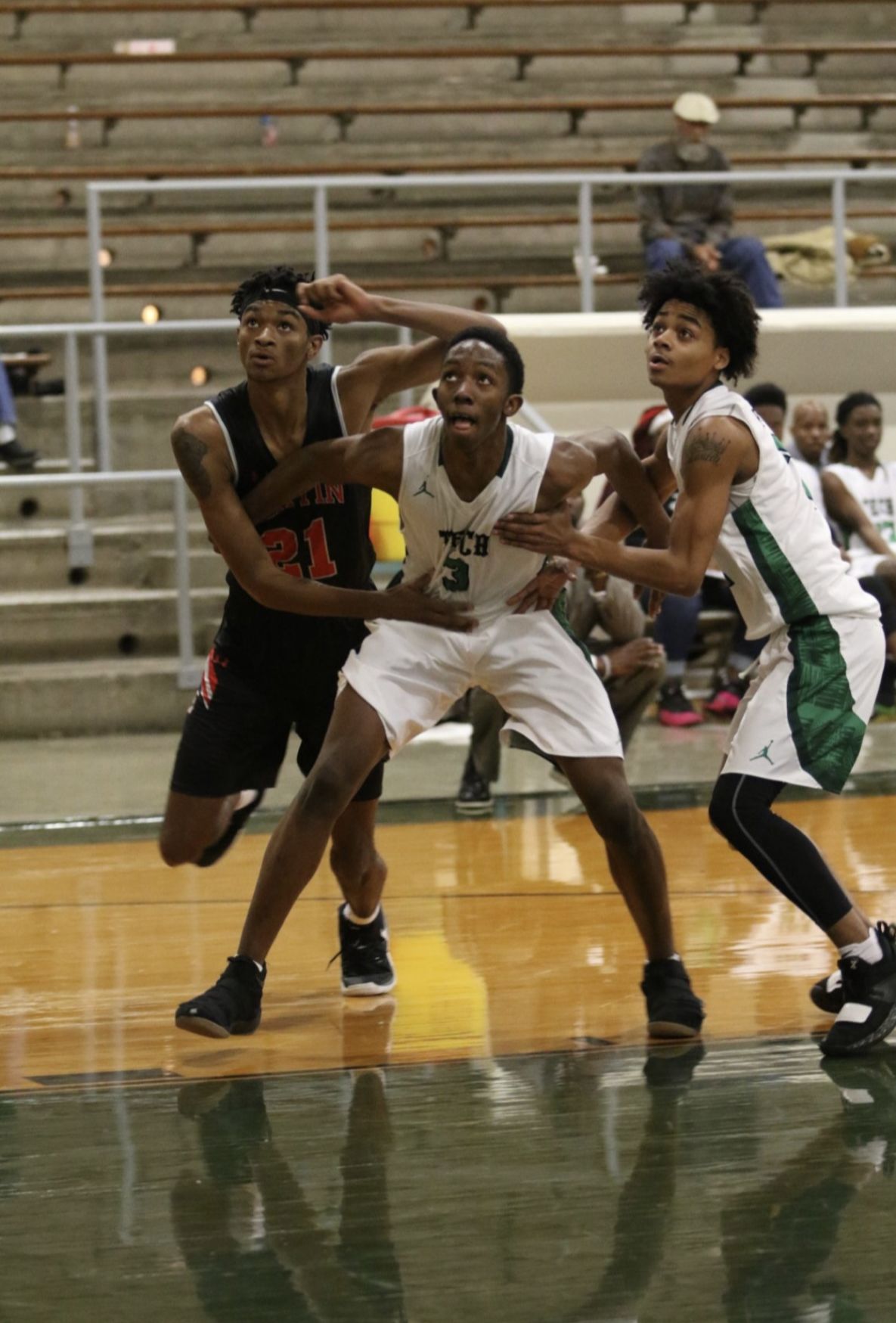 Montreal Pena, another key piece in a prized Oklahoma State recruiting class, altered the appeal of dunking forever. At least for the son of John Osborn, Pena’s coach at James Martin High School.

Following a slim two-point loss in the second round of the playoffs, Osborn and his son decided to go watch Permian High, the team that beat them, in its next game.

They sat, watching intensely, when suddenly one of Periman’s players dribbled down and slammed the ball through the hoop, sending the entire gym into a frenzy.

“My son, usually he would jump up and be all excited,” Osborn said. “He looks at me and goes, ‘Yeah, that’s not impressive.’ I go, ‘What are you talking about?’ He goes, ‘Yeah Dad, I used to get so excited about dunks, but after watching Montreal  for a year, there’s not a whole lot of dunks that impress me.’

Pena, a 3-star recruit from James Martin in Arlington, Texas, is part of a tantalizing OSU recruiting class, which ranks top 5 nationally and No. 1 in the Big 12.

The 6-foot-9 forward is overshadowed somewhat by the headlining talents of Cade Cunningham and Rondel Walker. But just how skilled is Pena?

“He’s a raw NBA talent,” Osborn said. “He’s got all the athletic ability, he’s got the length; he’s got to get much stronger once he gets there. He’s got mid-range to a 3-point range shooting ability, but around the rim, he is a high flyer.”

Osborn joined the James Martin program in 2018, Pena’s junior year. The skill, the length, the athleticism stuck out immediately to Osborn. Pena was so good his junior year, he was invited to join Woodstock Academy in Connecticut as a senior. Pena grabbed the opportunity and left for Connecticut.

Then, after a few weeks, he began to miss his teammates — the guys he grew up playing around — and decided to return to James Martin.

There was only one problem.

“In Texas, we have a lot of residency deals,” Osborn said. “And when he left and then tried to come back, he kind of messed up his residency. So he didn’t even get to play for us this year. He didn’t play his senior year.”

Pena didn’t get the chance to make one last run with the guys with whom he built such a strong bond. Instead, he focused on finishing up school and packing muscle onto his 200-pound frame. That and he continued to refine his skillset.

And it’s a skillset that should translate nicely to playing with his AAU teammate and close friend, Cunningham.

Osborn said Pena has always taken a liking to coach Scott Sutton and has always been keen on going to OSU, but when Cunningham decided to go, that really sealed the deal. Now Pena joins the aforementioned dynamic recruiting class flush with young talent. Which has many fans wondering if Pena will take a redshirt shirt this upcoming season.

Osborn said he thinks Pena will want to get out there and play, especially considering he sat out this past season.

“I know he’s itching to get out on the floor,” Osborn said. “ But I think he also has a reality of what’s going to be the best for him in the future. And how he’s going to prepare himself moving forward. When you’re going that level, your thought is, ‘What do I need to do to get to the next level?’”

Osborn said Pena will make the right decision after sitting down and talking with the coaches, and that might entail not redshirting.

It all remains to be seen. But what doesn’t remain to be seen, is the type of person Pena is.

“He’s got a really big smile,” Osborn said. “He’s a character, he’s got a high personality. He’s kind of an infectious guy, people have a hard time not falling in love with him when they’re around him. He’s kind of playful and it’s kind of hard when you’re 6-10 and everybody looks way up to you to think of somebody as a kid. But he is. He’s a kid.

“He’s a guy that you’ll be standing there, not even realize he’s there and he’ll come up behind you and just give you a big ‘ole hug.”

Osborn said Pena’s teammates love him and the people at OSU are going to enjoy Pena. That’s off the court. On the court, Osborn said Pena could easily have an impact in his first or second year, and it goes way beyond that.

“I just hope he can go and have a legacy like a Phil Forte or a Marcus Smart and those group of guys,” Osborn said. “I think he’s got the ability to do it. Time is always the factor, time is the thing that dictates everything. If he’ll go and make the most of it, I think he’ll be really, really special.”