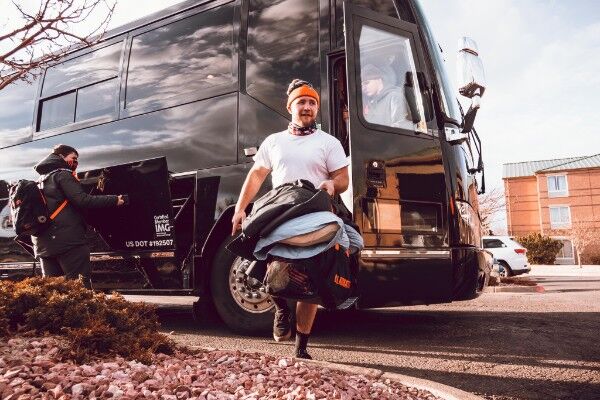 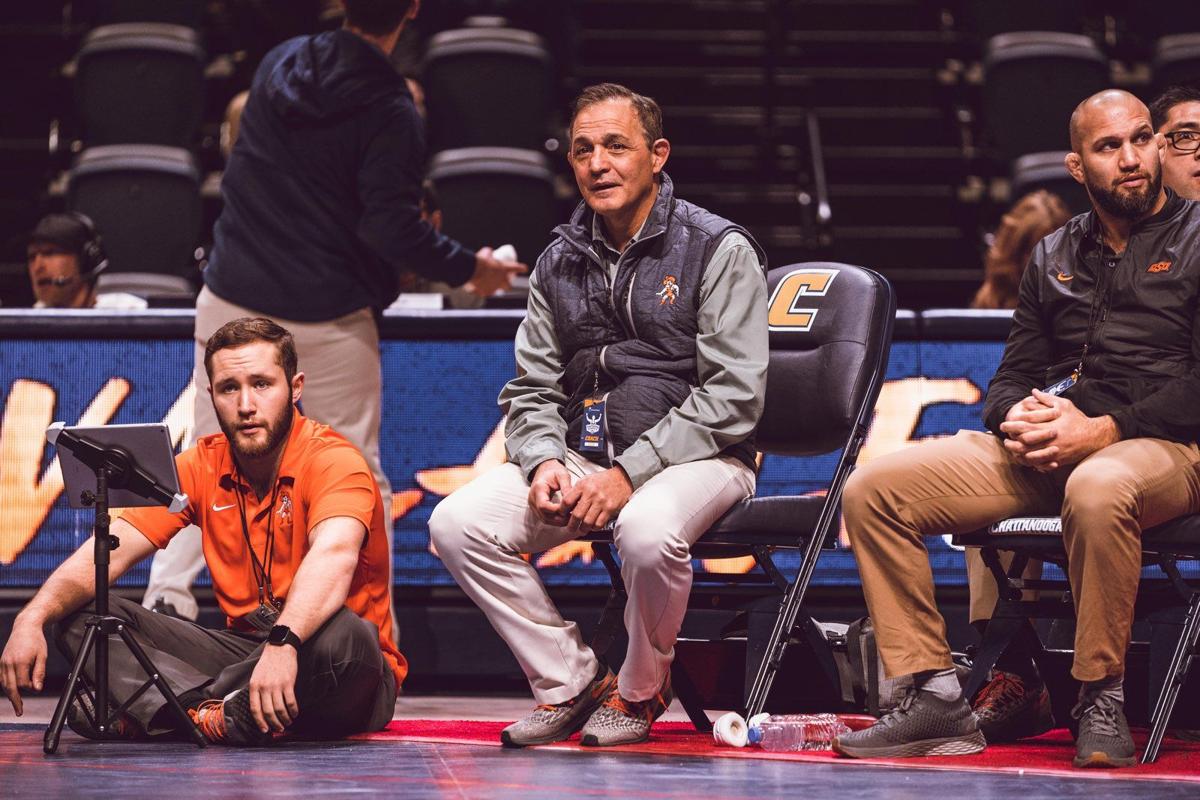 In April 2016, Keenan Seymour and his family were visiting Oklahoma State University. Seymour, a senior at Mariposa County High School in Mariposa, California, at the time, was considering OSU as a college destination.

Then a simple drive past Totusek Arena changed his life.

“We drove by the arena and there was a sign advertising the event,” said Seymour, the OSU wrestling equipment manager. “I was mad that my sister was sabotaging my college visit. We have five or six horses at home.”

Unfortunately for Keenan, his dad, Scott took Jade to the arena. Keenan tagged along.

“I was there that morning and I see this family,” Kim said. “I notice this man wearing a wrestling sweatshirt at an equestrian event, so I just introduce myself. It turned out that Scott was a high school coach and his son was considering OSU.”

Minutes later, Keenan was hanging out and chatting with Kaid and Dusty Hone.

“Kim brought us into his office, and he was talking about wrestling and Kaid,” Seymour said. “I was introduced to Dusty Hone and Kaid. I was, ‘Like, woah, how did all this happen?’ It was a major God thing. He showed me what I need to be doing.”

“He was asking all sorts of questions about equestrian and we said, ‘Dude, this our first time too,” Kaid said.

The next day, Kim introduced Seymour to coach John Smith.

Seymour enjoyed visiting OSU, but another school was on his mind.

Seymour has always loved wrestling. Scott competed at the University of Oregon and coaches Seymour’s brothers and sister, Jade.

“I’ve always had a love for wrestling. I love that mentally tough grind. I was devastated when I couldn’t continue my career because I wasn’t good enough in high school, but I wanted to live that athlete lifestyle. Coach said, ‘You can be the manager.’.”

Seymour returned home to Mariposa, a town of 2,000 in the foothills of the Sierra Nevada, west of Yosemite National Park, with the offer in mind.

The following week, Seymour visited Oregon State University in Corvallis, Oregon. He loved the campus, and he was set on becoming a Beaver.

But then something extraordinary happened.

A moment of realization occurred with a cup of coffee.

“I’m sitting outside a Dutch Bros. Coffee in Corvallis,” Seymour said. “Suddenly, the entire Cowgirl equestrian team just walks by. It was a sign. I had a different feeling in Stillwater. I knew right then that I was meant to be an OSU Cowboy.”

A year later, Seymour enrolled at OSU as an agricultural business major with a minor in farm and agricultural appraisal.

He immediately made an impact. Seymour started as a volunteer manager his freshman year, traveling to the Big 12 Championships and NCAA finals. He became the student manager the next year, after the current manager graduated.

Since then, Seymour does everything between laundry two times a day, ordering food after weigh-ins (usually Panera) and distributing singlets.

“My responsibility to take care of guys to make sure they can perform at the highest level,” he said. “Instead of practicing, I’m asking, ‘What can I do for you?”

Each week, he chooses the singlets for competition.

“I love the classic orange singlet,” he said. “That’s Oklahoma State wrestling. So many guys have won national titles wearing that singlet. It represents ‘Cowboy Tough.’”

Seymour’s contributions may go unnoticed in the public eye, but not within the wrestling team.

“He’s incredible,” Smith said. “Keenan never complains, and he’s made a big difference in allowing our guys to be prepared."

With graduation nearing in May, Seymour has lived through numerous memorable events. A trip to Reno in 2018 was unforgettable.

The Cowboys were driving to the Tulsa airport before flying to Reno.

Something smelled like poop. 149-pounder Kaden Gfeller’s foot was placed on a seat behind Seymour. During security, TSA began to question Gfeller.

“It turns out that in the morning, the guy started his car in his socks and accidentally stepped in dog poop and put his sandals on,” Seymour said. “He got a piece of dog poop stuck between his sock and sandal.”

Seymour has enjoyed his team in Stillwater, and now he will spend his final months in Stillwater doing what he loves, helping others.

“God says, ‘Live your life in times like servitude,’” he said. “This job allows me to put others first.”