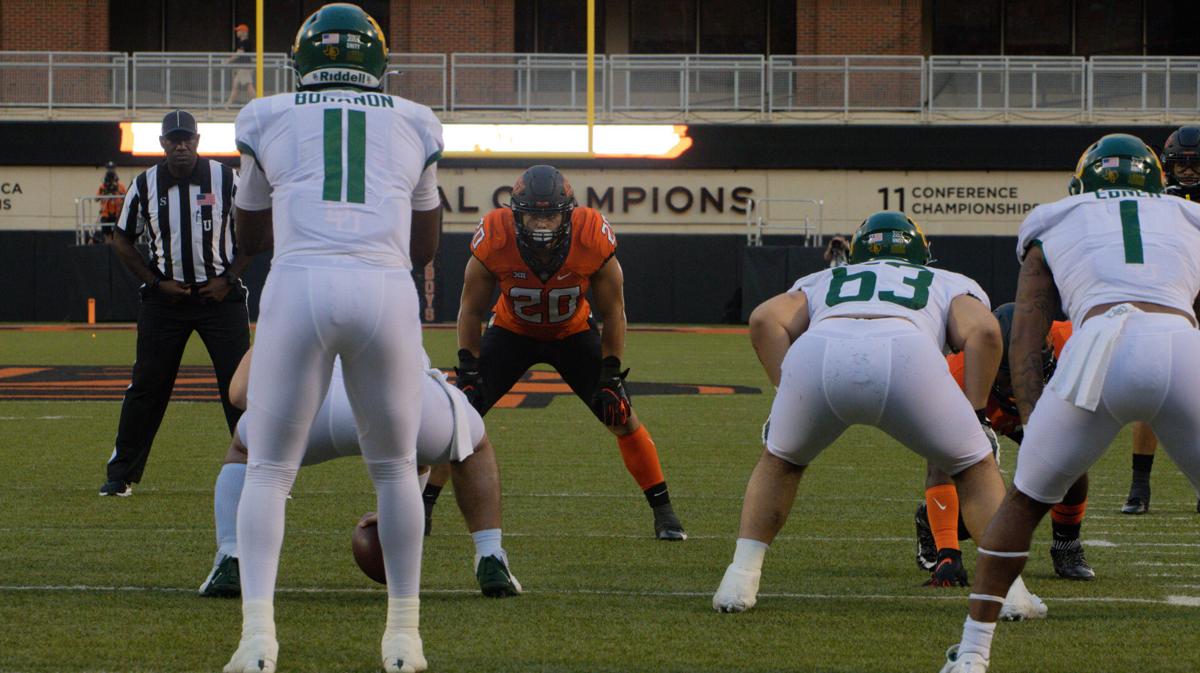 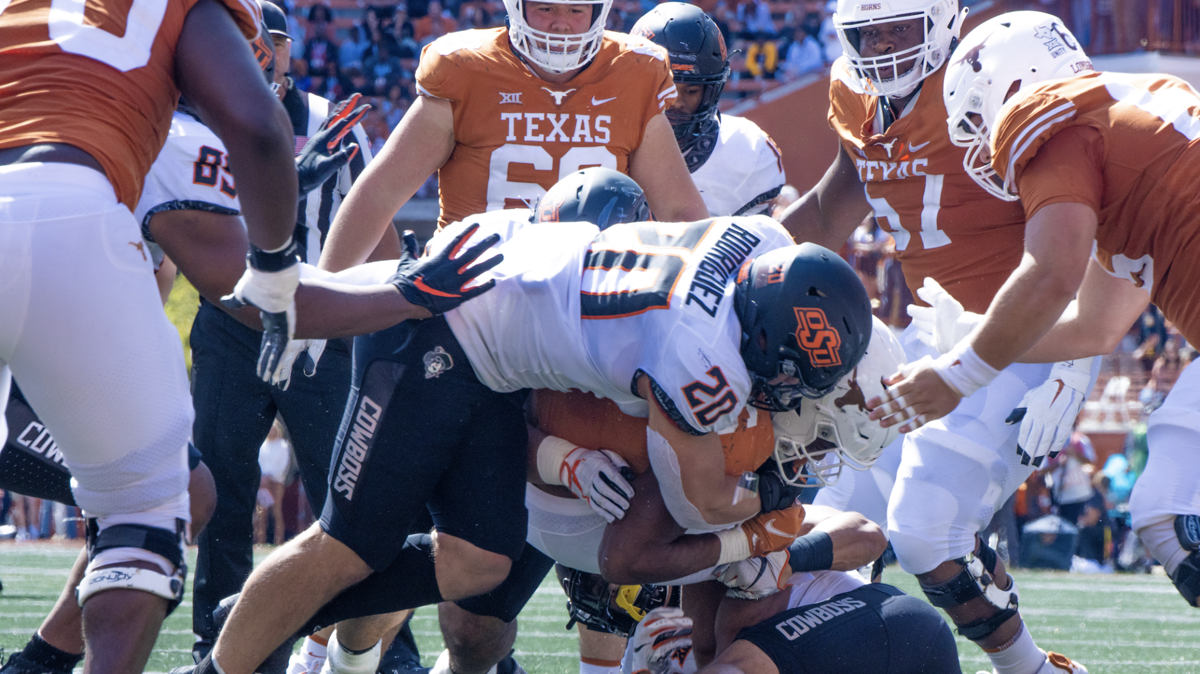 Rodriguez's history of wrestling has helped him as a tackler in high school and college. 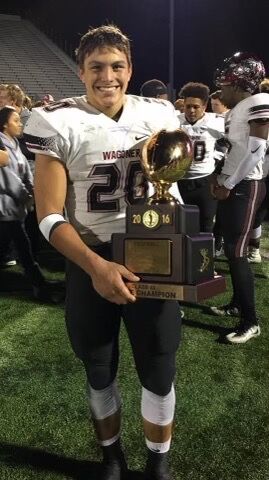 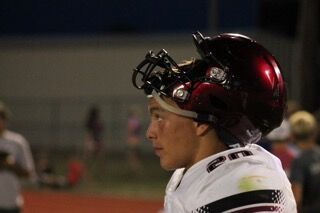 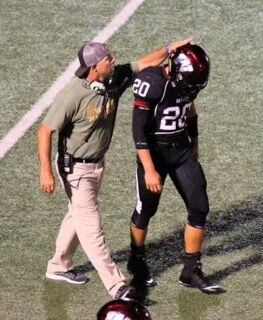 Rodriguez's history of wrestling has helped him as a tackler in high school and college.

But his impact is still felt throughout the city.

Rodriguez, known as the hard-hitting, teeth-shattering linebacker for Oklahoma State, was carving out his legacy long before he stepped foot onto OSU’s campus.

“His parents push him, and they don't mind telling their kids that they need to,” said coach Dale Condict, Rodriguez’s high school coach. “They need to go harder and be better and be tougher. I think a big part of what made him the character he is.”

Surviving with his brothers.

Being the middle child is never easy.

Malcolm, the middle of three brothers with older brother Roman and younger brother Gabe, had grit and fight instilled in him from the beginning.

Rodriguez started playing football when he was in first grade, and from the beginning, he didn’t take defeat well. But it was that same competitiveness, which stuck with his mother, Shanna, to know he had what it took to be good.

“I remember his coach having to pull him up after a tackle. If he got tackled, the coach would have to pull him up by the pads and throw him in the huddle because he’d be crying, he would take it pretty personally,” Shanna said. “He’s always been competitive from the get go.”

The competitiveness and strive to win was fueled by being the middle child. Having two other brothers only fueled the hunger to be the best.

Having Roman to set an example for him also elevated his journey and path to being the athlete he would become.

“It’s survival of the fittest if you’re not an only child,” Shanna said. “Roman really just set the tone. Roman worked really hard as well. He’s been very instrumental in pushing Malcolm and Gabe.”

Malcolm then took it to himself to pass on the favor to Gabe as an older brother, which has spread his roots throughout Wagoner.

Malcolm was the second talented Rodriguez, behind Roman, to come into Wagoner High School, but Malcolm caught Condict’s eyes in middle school.

“When we first got him in the seventh grade, he was a solid player,” Condict said.

It was in 2014 when Condict saw Malcolm begin to take off, and it was all in order to help the team. Malcolm, Roman and Condict’s son, Austin, were instrumental in rallying the team in the offseason in order to keep the train rolling with a young team.

What started as a group of 10 or 12 kids became 20 kids working in the gym preparing for the Wagoner season, with Malcolm taking big strides.

“I can remember Malcolm really starting to take off, physically improve, when he hit the weightroom hard, he was naturally pretty strong,” Condict said.

When Malcolm eventually got his chance, at quarterback, he took another stride forward and sparked an offense that needed something new.

“We had a scrimmage, where things weren't clicking offensively, and we put Malcolm in,” Condict said. “And then it just the light came on, you know, it was just something magic about how he handled himself and how he could handle pressure.”

Malcolm won the starting quarterback job for the opening game, as a sophomore. Then before long, he was playing both quarterback and outside linebacker. He wasn’t big when he was playing those positions his sophomore year, Condict said Malcolm was probably around 5-foot-8 in his season.

Despite the occasional struggle that season, Wagoner, led by Malcolm, made a run, and won a state championship.

His junior year, Malcolm came back bigger, faster and stronger.

“He made a huge leap in, you know, his size, his strength, his speed, everything just dramatically changed from sophomore to junior year, and all of a sudden, he was 5-foot-11, 185 pounds, and extremely strong and a great tackler, and it just took off from there,” Condict said.

His talent and ability, especially as a tackler, was fueled from being a multi-sport athlete. One of Malcolm’s other successful endeavors was as a state champion wrestler, which carried to the football field in the form of physicality.

“I think it's extremely important when it comes to toughness, when it comes to understanding, you know, tackling, and how to use your leverage,” Condict said. “I've come to really love the sport of wrestling since I've been here. And just the discipline and the toughness that it creates.”

Malcolm’s junior year saw him, again, lead Wagoner to another state championship. Then the Bulldogs did it again his senior year. The most impressive feat wasn’t the back-to-back state titles, rather it was the fact that Rodriguez and the team didn’t lose a game those two years. When graduation rolled around, Malcolm had won his final 37 high school football games.

Wagoner went on, after Malcolm had gone off to college, to increase their win streak to a state record 48 straight wins. Even though Malcolm wasn’t playing in the final 11 wins, Condict credits Malcolm’s contributions to the team as a major factor. Not only to the streak but to his coaching career.

“I'm never gonna give just one guy the credit. But our program wouldn't be where it's at without Malcolm Rodriguez,” Condict said. “ I've gotten a lot of awards as a coach. My career has flourished, because of Malcolm Rodriguez. I feel that wholeheartedly. I feel like he's the kind of player you could put on most of our teams and we'd probably win the state championship.”

Malcolm wasn’t highly recruited as a high school prospect, but that didn’t stop him. He continued to work his way up, hoping for his shot.

Then OSU found him, and when they did, it didn’t take long for coach Mike Gundy to know he was their guy.

“When we found out about him and being a four-sport guy and all that and then watched him on tape, we offered him and tried to get him ASAP,” Gundy said.

It wasn’t just the athleticism of Malcolm that stood out to Gundy and the OSU staff, it was his high IQ and character levels, stemming from his work ethic and ability to play four sports.

“There's not a lot of people running around that can be a multiple state champion wrestler, play shortstop in baseball to the level to get drafted, be a quarterback on a team that went 33-1 over his career without being very savvy (in the head),” Gundy said.

Malcolm eventually committed to OSU, even though he was constantly told he was too small to be impactful from other teams, including Tulsa.

He never let it stop him.

“Every level they said, ‘Oh, he's not big enough. He's not this and that,’” Condict said. “I can tell you a list of colleges that wouldn't recruit him because he wasn't big enough. Then he goes to OSU and does what he's done there.”

Malcolm, although primarily on special teams, found a role immediately at OSU. And just like he did in high school, he found his starting role his sophomore year, but at safety. His junior year, Malcolm moved back to linebacker and was a leader of the Cowboy defense under defensive coordinator Jim Knowles.

The two have built a long lasting relationship together over their time at OSU.

“He’s making me look good,” Knowles said. “We work really well together. He's almost like a son to me.”

Rodriguez, known as a strong tackler and a signature piece to OSU’s 2021 defense, moved into solo fifth all-time in OSU history in career tackles with a sack on TCU quarterback Chandler Morris last Saturday. Malcolm now sits at 370 tackles.

“It’s an awesome feeling. The guys before me just being up there with him just regulating stuff,” Malcolm said. “It’s hard to explain, I’m not a big take pride in that kind of guy. I just go out there and play football.”

The lowkey attitude is something which his parents have always instilled in their kids.

“To have a good attitude, be humble. If you lose, you don’t say much and if you win, you say less. It makes you likeable,” Shanna said. “Your talents and your performance will do the talking for you.”

As you follow the white painted dog paw prints up to the Wagoner High School football facility, Malcolm’s legacy still reverberates through the lockers now. A locker room which includes his younger brother, Gabe, and players who never played with Malcolm, but they all know the history.

“He’s a role model around here. We all know to win our attitude and mindset needs to be like Malcolm’s. Everyone on this team looks up to him,” said Gabe Goodnight, a current Wagoner linebacker. “We all know him as a celebrity, and we’re happy for him and the success he is having.”

In a town of nearly 9,000, it’s not every day a player of Malcolm’s caliber comes through, and the impact is felt throughout the city.

“He's kind of defied the odds a little bit, I guess, the statistics,” Shanna said. “Coming from a small town, we don’t normally put out a lot of big prospects like that. So by Malcolm coming out and doing what he did, that has opened the avenue and increased the motivation for a lot of younger kids.”

Back to that road sign, which his mom admits isn’t important to him, Condict said he’s sure some sort of recognition will eventually take place, but for now, they are watching their young star continue to make a name for himself doing what he loves.

“There'll be some recognition of some sort, I'm sure, in the near future for Malcolm,” Condict said. “I guess we're probably still waiting because we think the best is still ahead of him.”