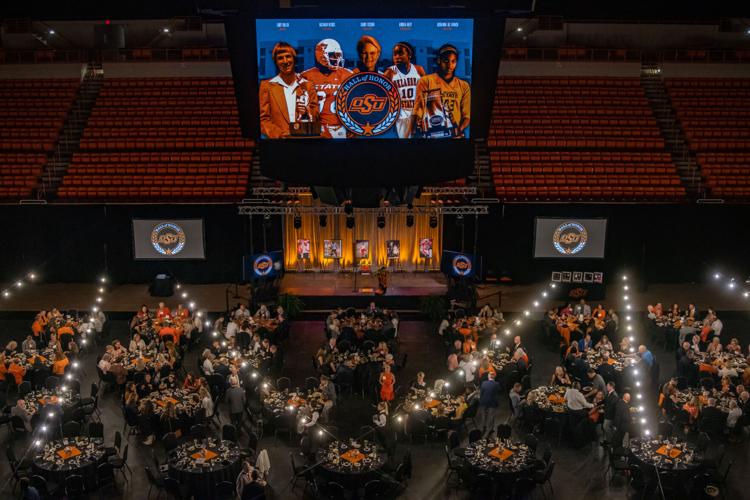 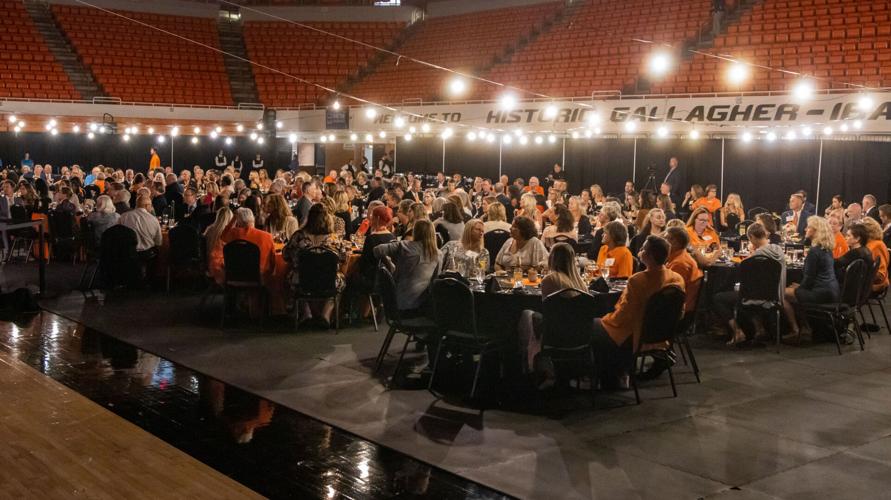 This is the combination of the 2022 OSU Hall of Honor class inducted inducted Friday, which consists of former OSU athletes Rashaun Woods, Andrea Riley, Lindy Miller and Adrianna Franch, along with former softball coach Sandy Fischer.

Here is what each of the inductees had to say about receiving this prestigious honor.

“This is crazy good, just crazy good… It totally surprised me, when Kenny (Gajewski) called, I was like ‘We’re doing what?’ It was exciting. He said they had shut it (Hall of Honor) down for a while and hadn't done it. So I’m glad they are doing it again because I think the more people you can honor at your school, the better it is. It helps bring alumni back.”

“It’s really cool to see how far I’ve come and what I’ve accomplished so far. It’s humbling because not everyone makes it that far. If I would’ve wrote a letter to myself when I was like 5, I would’ve smashed my dreams.”

“It’s a big thing especially for women’s sports,” Riley said. “Sports are male dominant, but once you get those rare athletes you just have to give them their flowers and that’s what Oklahoma State does. That’s why I feel like I made the right choice coming here.”

The one: Riley’s legacy at OSU reigns supreme

Andrea Riley stood smaller than expected on the hardwood for then Baylor's Jhasmin Player.

“Means the world to me. To look back in the history of this university and the names associated with the Hall of Honor you know, coach Iba, coach Gallagher, Eddie Sutton, Barry Sanders, all of them. It’s such a great honor and I’m just really excited to be part of it.”

“I’m just thankful that they take enough time out of their day to honor a guy like me. I’m so thankful for the university, for an opportunity to play here and to be recognized 20 years later is truly a blessing.”