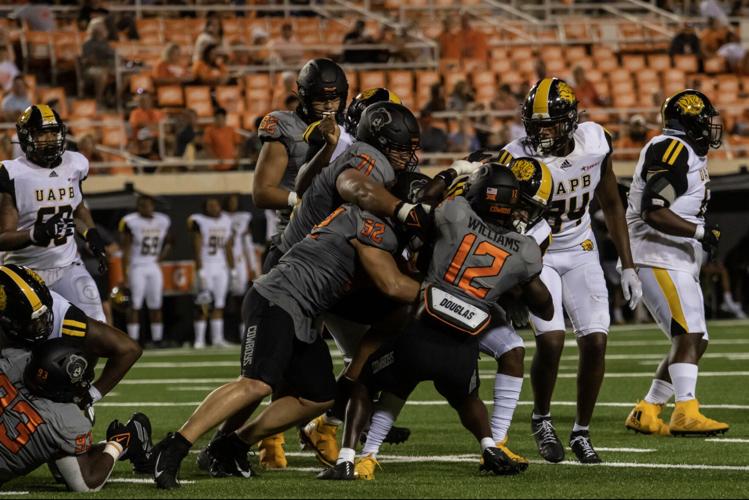 The Cowboys sent many depth players onto the field for the first time this season against UAPB. 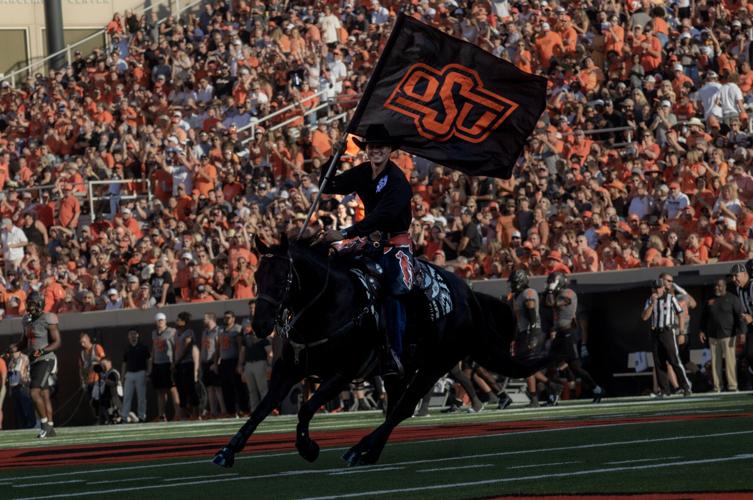 OSU scored 28 points in the first quarter, allowing younger players to take the field and spotlight.

The Cowboys sent many depth players onto the field for the first time this season against UAPB.

OSU scored 28 points in the first quarter, allowing younger players to take the field and spotlight.

Mike Gundy hadn’t been shy about his outlook on his team’s nonconference finale.

The Cowboys were heavy favorites heading into Saturday’s home game against Arkansas-Pine Bluff, being 54 point favorites according to some sites. Gundy' OSU's acknowledged this, however, still placed emphasis on fundamentals ahead of the contest.

“We talked about this last Saturday that we understand on paper that we were the better team,” Gundy said. “But we needed to prepare in practice, respect our opponent and go out and play.”

The Cowboys did just that.

Of course, there were others. However, for Saturday’s blowout win to go the way it did was imperative for OSU moving forward this season. The main reason because of the plethora of youth on this year’s team.

OSU had not been able to get these young prospects snaps early on because of the close games the Cowboys encountered. In the season-opening win over Central Michigan, the Chippewas chipped away at what was once a 51-14 lead in favor of OSU, down to a 14-point game. Granted, some backups did get playing time, it was not to the extent that it was in Saturday’s win over UAPB. In week two’s win over Arizona State, the Sun Devils stuck around until the fourth quarter, trailing by 10 points after three.

The Cowboys are relatively thin at most positions offensively, primarily regarding the quarterback room, cowboy back and running backs. Defensively, inexperience and youth also looms the linebacker and secondary units. Thus, the importance of getting younger players who are lower on the totem pole regarding the depth chart is even more imperative.

With a Big 12 opener on the road against No. 17 Baylor just two weeks away, and other uber talented teams such as Oklahoma. Texas, Iowa State and others awaiting the Cowboys, the necessity for more reps for younger players is essential. Without the experience, should a key piece in OSU’s offense such as Spencer Sanders, or an anchor on the defensive unit like Collin Oliver or Trace Ford become injured, things may not go as planned for the Cowboys this season.