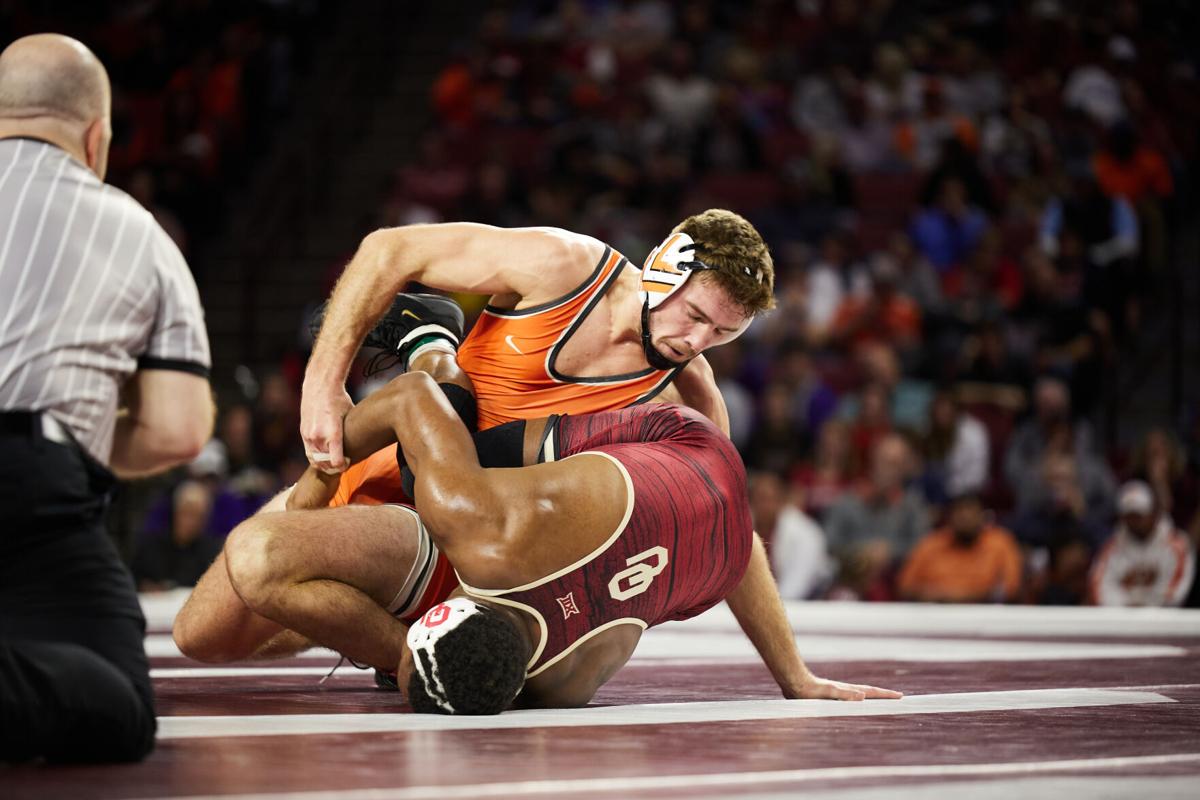 Dakota Geer wrestles during his match. 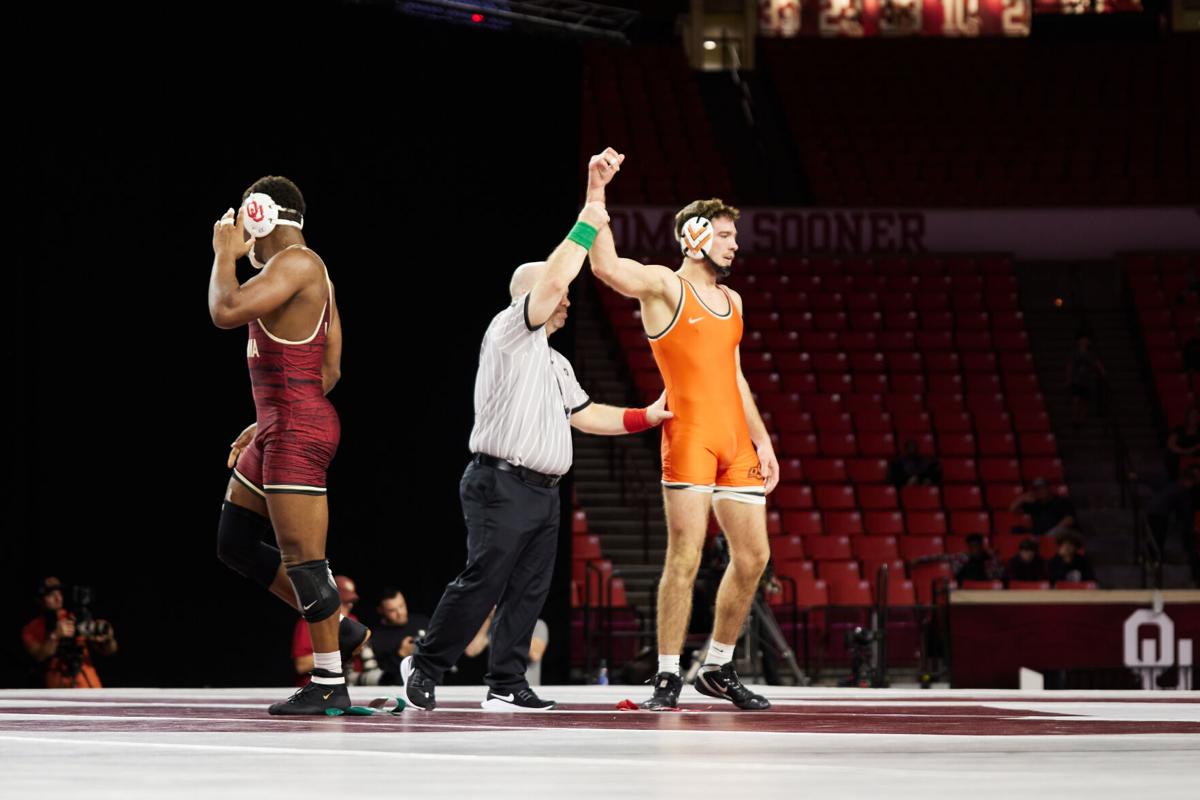 Dakota Geer has put more of an emphasis on moving with purpose in his matches this season.

Dakota Geer wrestles during his match.

Dakota Geer has put more of an emphasis on moving with purpose in his matches this season.

For the first 18 years of his life, Dakota Geer lived like a Division I student-athlete.

And somehow, find a way to cram in homework.

But he wasn’t a DI athlete. Yet. He didn’t hit the weight room in the morning, he milked cows.

Before Geer, now an Oklahoma State sixth-year wrestler, competed at Edinboro for two years, he worked at his family’s dairy farm in Pennsylvania.

Between his parents and his two siblings, the family milked about 200-250 cows and grew crops. His dad, Dan, did not hire outside help until Dakota departed for college.

“They started hiring help all over the place,” Dakota said. “Now, they’ve got too many people. I don’t know why they couldn’t do that when I was there. I could’ve used some free time.”

After milking in the morning, Dakota would do anything from taking care of the crops and chopping corn to making square bales in the afternoons. He would milk again at 4 p.m.

“Dairy farming, doing it as a kid growing up, you either love it or you hate it and I hated it,” Dakota said. “So, I’m gonna stay as far away from that as I can after college.”

But in farming, Dakota found many parallels to wrestling. Physical labor is a major component, but many values can be taught in each practice.

“Growing up on a dairy farm, I feel like you just learn hard work and grind through things,” he said. “You’re always working. That instilled a good work ethic in me and it’s helped me prosper in the sport of wrestling too.”

But as a kid, Dakota viewed it as a chore.

“You’re just working and it sucks,” he said. “You want to go see your friends but long term, looking back, I’m happy that I went through it and did all the stuff that I did. I feel like it’s made me the person I am now.”

Geer has prospered during his time as a Cowboy. He is a three-time All-American and ranked No. 10 in the 184-pound weight class.

In Stillwater, he pummeled opponents with his relentless offensive attacks. After a takedown, he’ll intentionally let his opponent back to their feet, only to pounce again. Through eight bouts, Dakota has recorded five technical falls and outscored opponents 102-23 in those wins.

“Everything that you hope comes from a lifestyle like that transfers to the wrestling room,” coach John Smith said. “It has with him. A tough kid. For the most part, he controls some of the guys on the team from doing stupid things.”

As a Cowboy, Dakota isn’t the only wrestler with a farming background.

“I feel like every other farm kid I’ve wrestled always just had an absurd amount of strength that you just didn’t want to deal with,” Dakota said.

Many of his teammates have experience farming or ranching, including his practice partner, Blake Skidgel, a freshman from Pawnee.

“That dude is stronger than hell and he is a lamb farmer,” Dakota said.

And he wouldn’t be the same guy without his farming experience.

“I’d be fat because I ate McDonald’s a lot as a kid,” Dakota said.