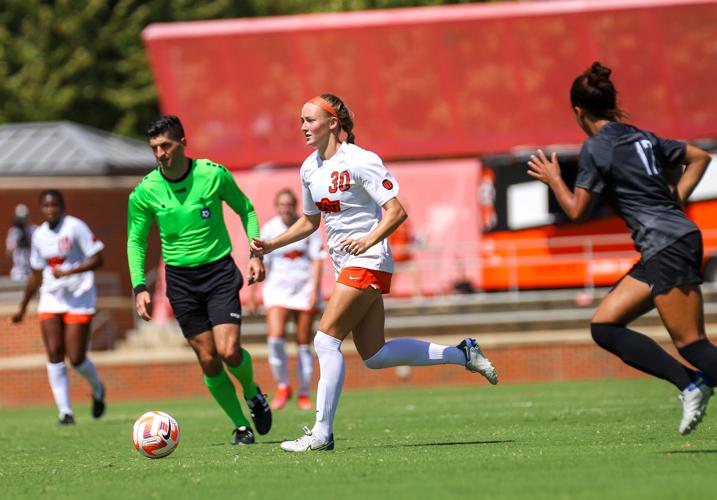 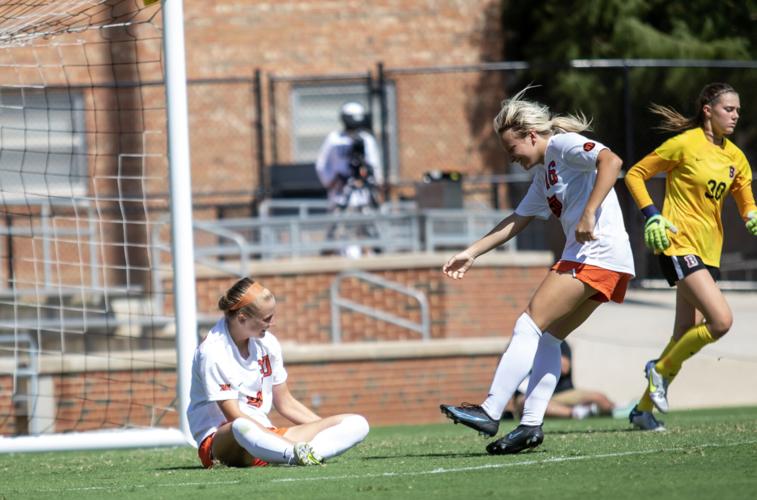 A Cowgirl needed to step up.

Star midfielder Grace Yochum had been subbed out of the match with just over one minute remaining in the first half.

OSU, already being outshot by its opponent, had lost the time of possession battle by a drastic margin. A level of uncertainty flowed through the sideline. Coach Colin Carmichael knew with Yochum likely not returning, the Cowgirls needed a boost from one of its veteran pieces.

That veteran piece turned out to be Olyvia Dowell, and would boosted OSU to a 2-0 win over Brown on Sunday afternoon.

Dowell has been OSU’s calling card when goals need to be scored. A senior forward, she tallied two goals in the win tallied, bringing her season total to seven.

“It’s just her leadership isn’t it?” Carmichael said. “Some kids lead by yelling and screaming and jumping up and down. That kid leads you on the field with actions and it was awesome.”

In the 72nd minute, the scoreless bubble popped. A cross from freshman midfielder Xcaret Pineda on a corner kick would led to a fading shot at the top of the box from Dowell, into the back of the net to put the Cowgirls on the board first.

Dowell scored on a header in the 79th minute, set up on a cross from senior winger Blythe Beldner.

“I think she channeled her inner Grace Yochum,” Carmichael said. “That’s what she said. For her to score a diving header, I’m not sure that’s something I would have said.”

Dowell agreed with her coach’s statement.

The Cowgirls have claimed four consecutive contests with Sunday’s win over Brown, outscoring opponents 13-1 over that span to conclude nonconference play.

With OSU opening Big 12 play on Thursday against Kansas on the road, Carmichael noted how offensive play is imperative for OSU having success moving forward. While he knows that soccer is a sport of ebbs and flows, having pieces such as Dowell outside of Yochum will go a long way in assisting his team to a potential shot at a Big 12 title.

“It gives us great confidence and great belief,” Carmichael said. “That’s four in a row. Winning matches and not giving up goals is huge. To beat a (team like Brown) heading into conference play, it really does give us a boost.”

Thursday evening, Oklahoma State did something it was unable to last season: start Big 12 play with a win.