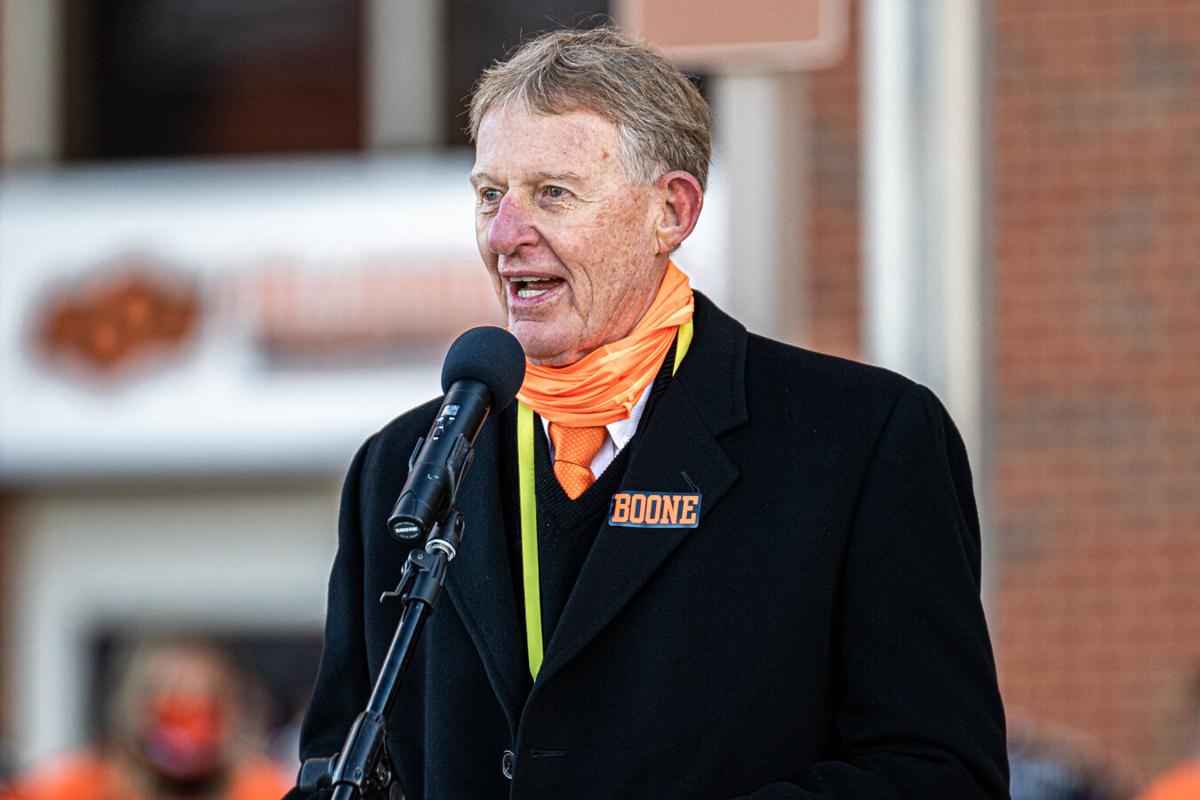 Mike Holder speaks in front of the soon to be unveiled statue of T. Boone Pickens outside of Boone Pickens Stadium on November 28, 2020. 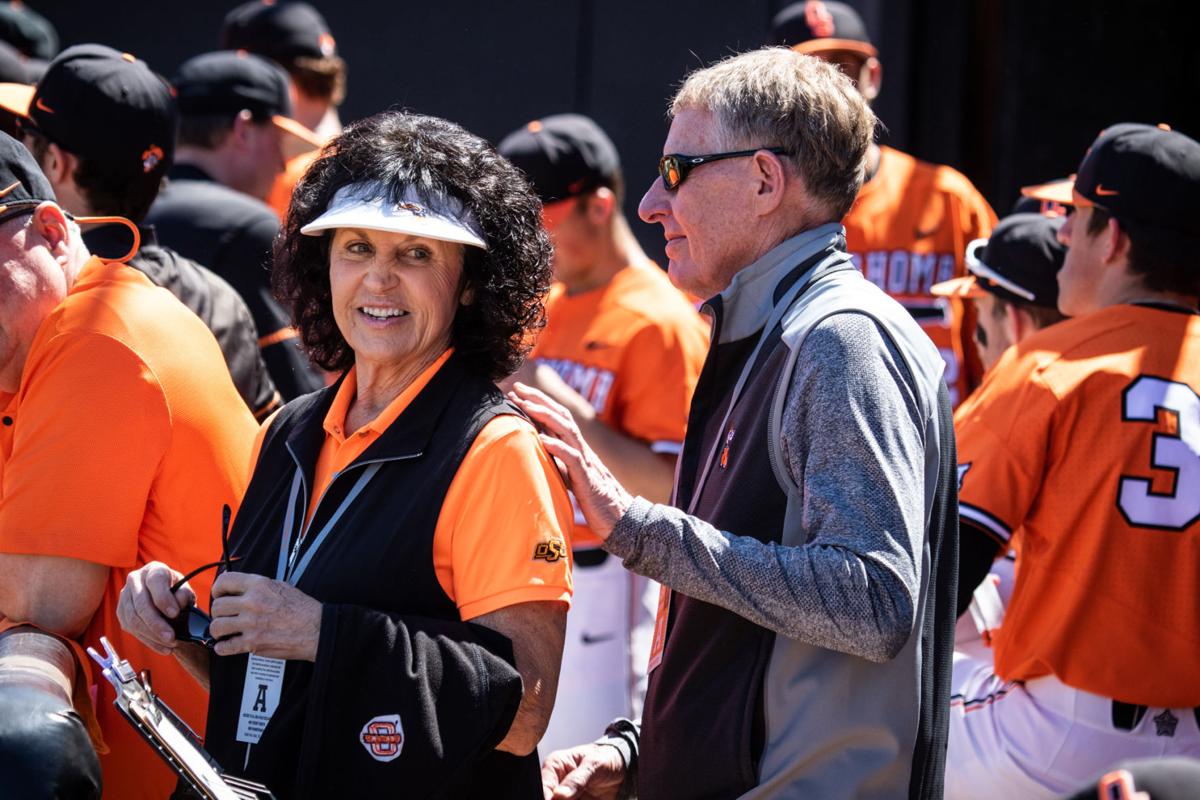 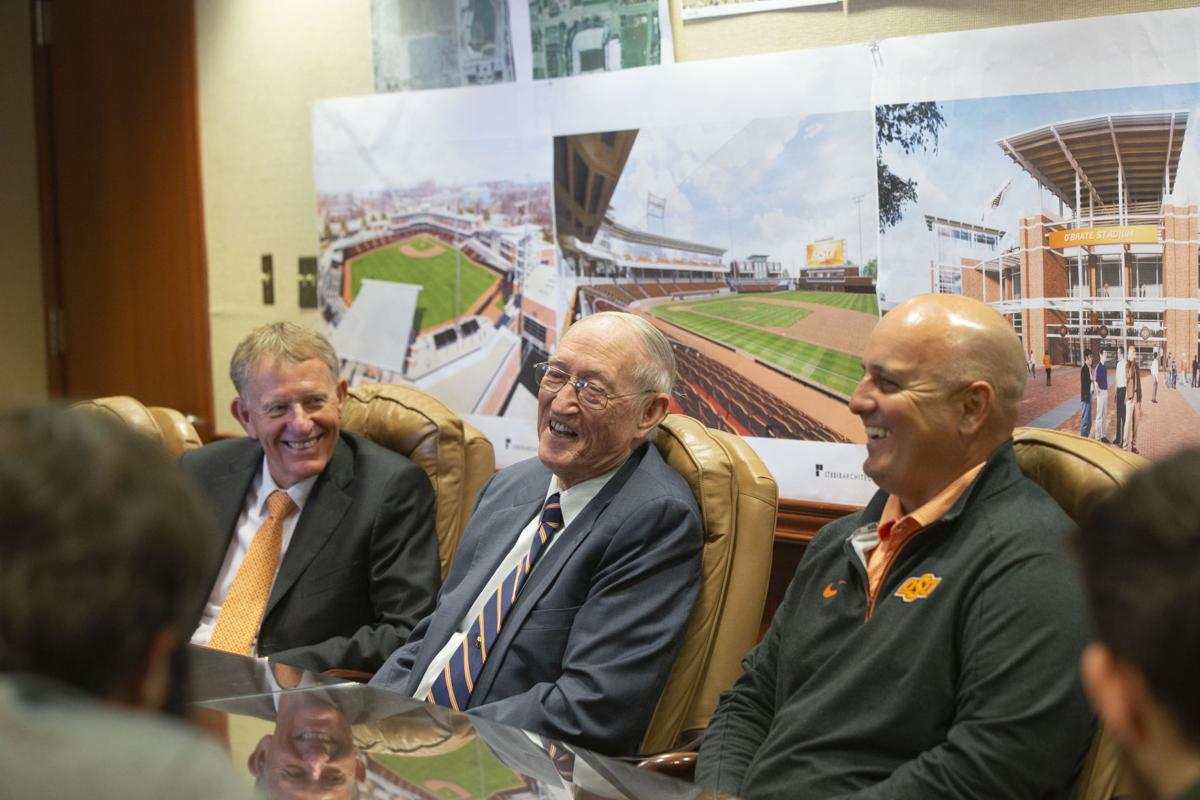 Mike Holder speaks in front of the soon to be unveiled statue of T. Boone Pickens outside of Boone Pickens Stadium on November 28, 2020.

Oklahoma State had a completely different feel before Mike Holder.

There wasn’t a proper football stadium. Lewis Field was the home of OSU football. It had a battered set of stands on both sides of the turf and was a glorified high school stadium with bigger capacity.

Cowgirl soccer played in front of one standard set of metal bleachers. The men’s and women’s tennis teams played at the Colvin Recreation Center, just like any other student.

Over the last 16 years, the entire landscape of OSU athletics has changed. With the opening of O’Brate Stadium last week, nearly every program has a top-tier facility to call home.

Holder, who has served as athletic director since 2005, played a key role in the transformation.

Despite his accomplishments, Holder suggested he was far from finished in a recent interview with The O'Colly. Next on his list of upgrades to make, an indoor track and field facility.

OSU isn’t done, but Holder’s era, however, is coming to an end.

Thursday, the university announced there will be a change in leadership atop the athletic department.

Effective July 1, Holder will hold the title of athletic director emeritus. By definition, it means he has retired but will still hold his title as an honor. He will stay in the athletic department as a special advisor.

Chad Weiberg, will take his place. An OSU alumnus, Weiberg has held the position of athletics deputy director, where he served as chief operating officer.

“Today is about the future of Oklahoma State University athletics,” Holder said in a press release. “Chad Weiberg is the new sheriff in town and he needs all of us to saddle up and ride for the brand. Get ready Cowboys and Cowgirls. If you do your part, then the best is yet to come.”

Since taking charge of OSU athletics, the school has won five national championships and 46 Big 12 titles.

The accomplishments he oversaw will set OSU up for success in the years to come. Without question, OSU athletics is in a better place than when Holder took office.

He was key in securing the single largest gift in OSU history, a $70 million dollar donation from Boone Pickens to upgrade the football facilities. In 2005, Pickens would top that with a $165 million donation to benefit OSU football and aid the development of the planned athletic village.

Working with Holder, Pickens sparked a roll of donations that have kept coming.

OSU’s shiny new look across campus will look good to prospective students and recruits and set up athletes to be as successful as possible once they’re here.

"It is hard to describe the magnitude of the impact Mike Holder has had on Oklahoma State Athletics during his 16-year tenure," said Rick Davis, Chair of the OSU/A&M Regents.

"He has elevated our athletic program to a level once unimaginable in national prominence and prestige by developing and building athletic facilities on par with any in the nation.”