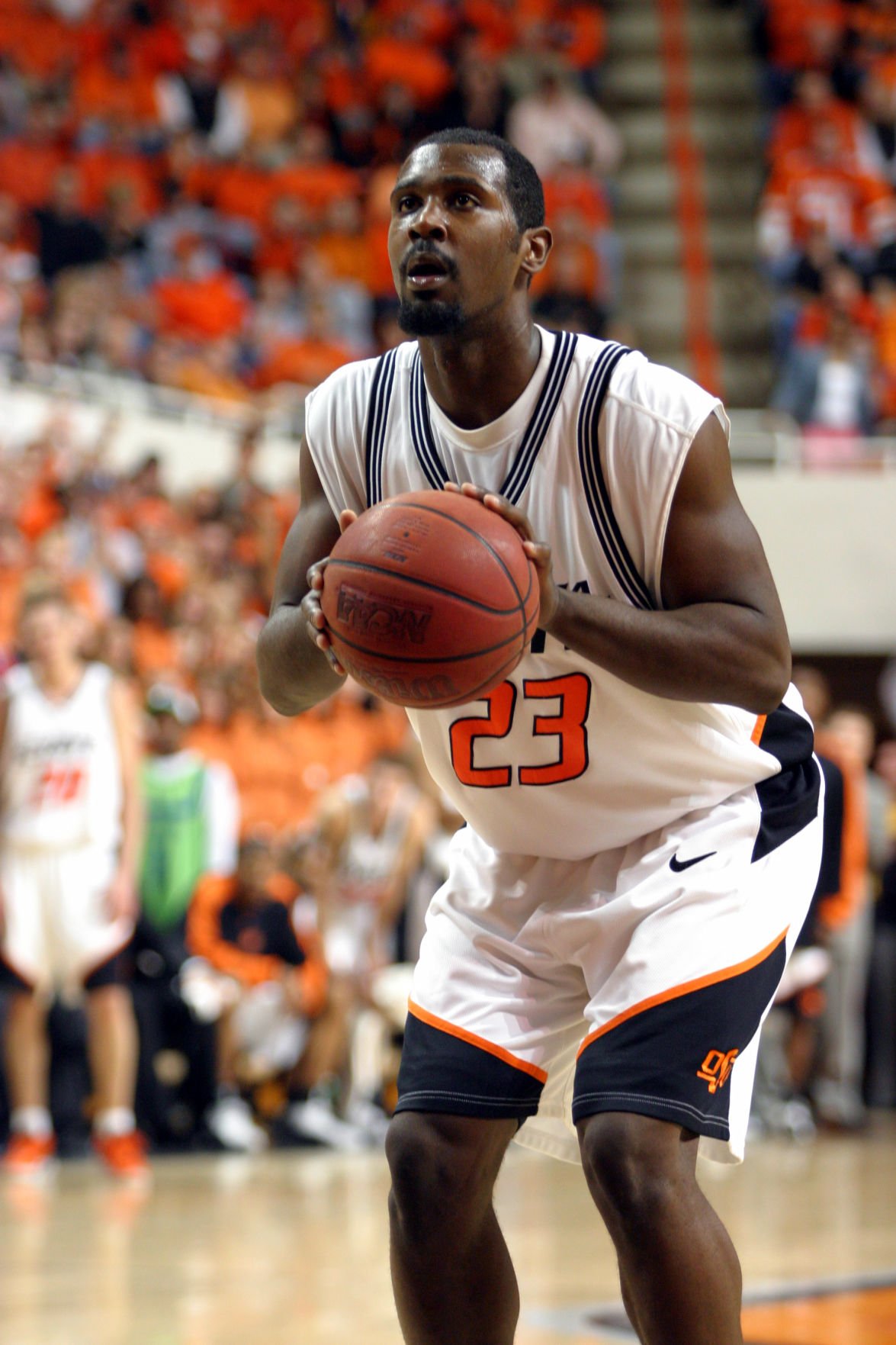 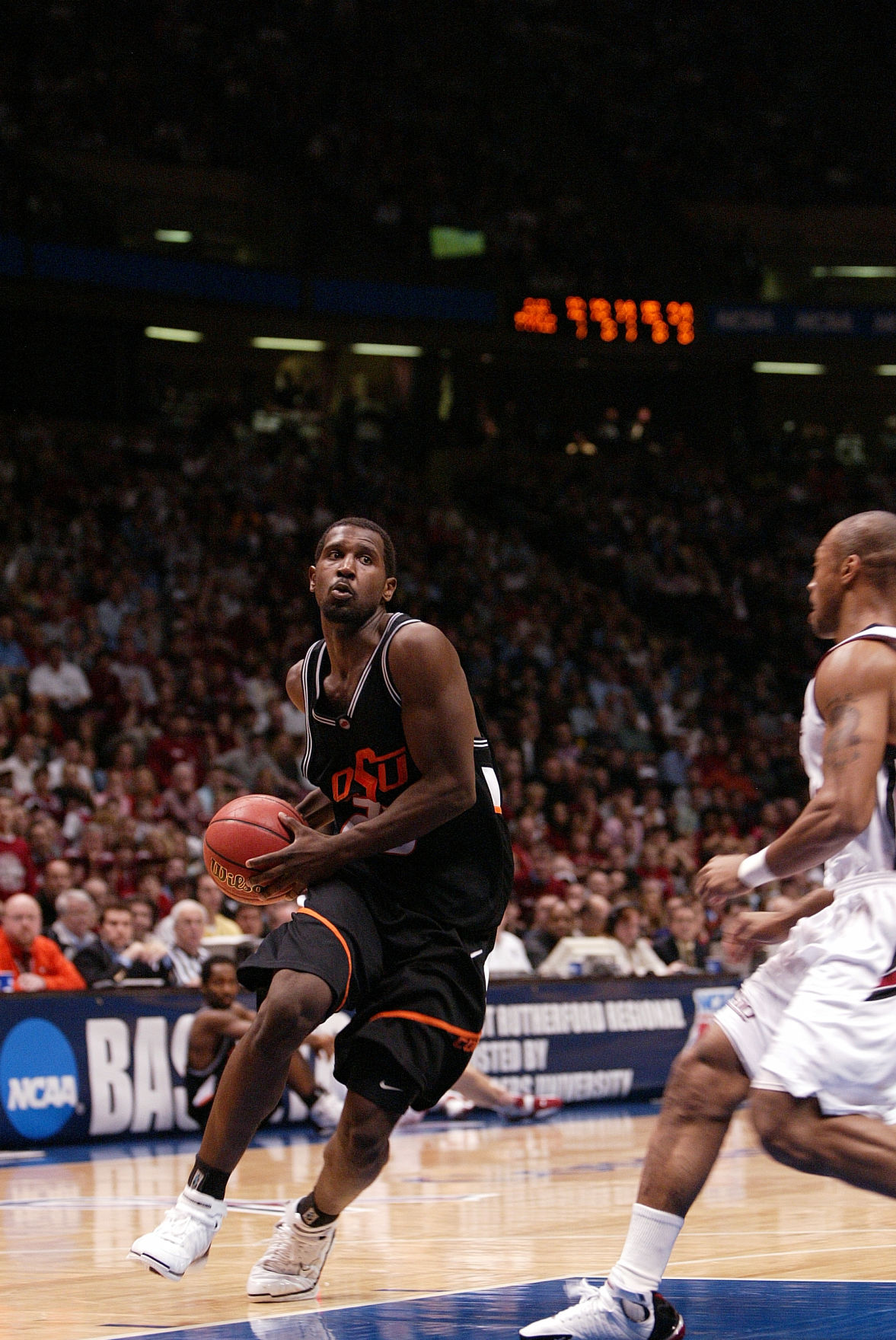 When Ivan McFarlin started working as an assistant coach at Ponca City High School, his basketball players had no idea he delivered newspapers.

They didn’t realize McFarlin woke at 1 a.m. each day. Often, he stopped at a convenience store to buy gummy bears. He didn’t care much for coffee, but the glossy, sugary candies gave him a small energy boost while most of Stillwater slept. After driving on a paper route across bumpy, rural roads, he returned home and recharged with a nap for about 1 1/2 hours before his workday continued.

Students on the boys’ basketball team didn’t see this side of McFarlin; they didn’t know his schedule was so exhausting. His enthusiasm and optimism disguised it. Luke Seals, a Ponca City senior, said McFarlin’s energy is the best part of playing basketball for him.

“I don’t think he had one day where he showed up to practice in a bad mood,” Seals said.

McFarlin, 37, no longer juggles multiple careers. He stopped working as a Stillwater News Press carrier, the last of the miscellaneous jobs he had outside coaching, shortly after he accepted a position as the Ponca City boys’ basketball coach May 23.

Because McFarlin was a standout power forward at Oklahoma State from 2001-05 after one redshirt year, he can pass the wisdom of coach Eddie Sutton to another generation of players, but McFarlin’s athletic career isn’t the only experience that prepared him for this opportunity. The lessons McFarlin learned in sports and the skills he used in the workforce weave together to influence his people-oriented coaching style.

“My basketball career was over,” McFarlin said. “But I felt that I had so much knowledge to give to young kids that (are) in my same situation when I was in high school getting ready to go to college, and I just want to give them as much info as I can.”

This goal has replaced his aspirations as a professional athlete, his dreams that led him to travel the world before he bounced among several jobs in Oklahoma.

After McFarlin wrapped up his career at OSU, where he earned a university studies degree with an emphasis in family relations and childhood development, he headed to France to play professionally for a club called JSF Nanterre.

From there, McFarlin globetrotted for about eight years, playing for the Philadelphia 76ers during the 2006-07 season and then spending time in Europe, Asia, South America and Australia. Wherever basketball took him, he went.

McFarlin said he enjoyed it, but it wasn’t easy for him to live overseas when his family stayed in Stillwater.

He had met Angie McFarlin, his wife, in college, when she was the lone Cowgirl basketball player who ran at 5 a.m. with the Cowboys because she had a class during her team’s scheduled time. McFarlin, noticing she was alone when the Cowboys gathered at the end of a workout, welcomed her into the group.

About 12 years later, they had a toddler named Ivan II and twin babies named Matthew and MiKayla, and McFarlin had to rely on Skype to keep up with them. Angie McFarlin had traveled with him to Turkey and Switzerland, but when they had kids, she raised them in Stillwater, where she worked in OSU’s mathematics department.

“It was so tough,” McFarlin said. “I’d get to see them on a computer, but it wasn’t the same.”

With three children growing and reaching milestones, McFarlin couldn’t stay away from his family any longer. In 2013, he stopped playing professional basketball and moved back to Stillwater.

His work was only beginning when he retired.

Angie McFarlin could tell her husband loved to coach.

In Australia, the last stop on his journey as a pro athlete, he coached a few youth teams. When he visited Houston, his home city, he worked with kids at a community center, and he trained kids in Oklahoma when he returned to Stillwater.

“He was always good with kids,” Angie McFarlin said. “So whenever he said he wanted to coach, I was just (saying), ‘Go for it, and I will support you, whatever you decided you wanted to do.’”

In 2014, McFarlin landed a job as an assistant basketball coach at Stillwater Junior High School. Angie McFarlin said he earned a stipend, but to make more money, he had another job that depended on his interpersonal skills.

Each day, before McFarlin arrived at basketball practice, he was focused on persuading shoppers to buy cellphones and televisions.

For about 2 1/2 years, McFarlin worked at Best Buy on Perkins Road. It didn’t matter whether customers were looking for washing machines, computers, headphones or any of the other gadgets and appliances the store offered. McFarlin was a friendly face who could share information and connect with them.

“Selling phones was a breeze,” McFarlin said. “So it was good.”

McFarlin, who worked his way up to becoming the head manager of the mobile phones department, figured out which sales strategies were effective. If someone used a Samsung Galaxy S4 cellphone, then he would try to sway that person toward upgrading to an S5. If a customer could get a free phone case or a gift card with the purchase, then he would promote the deal.

It didn’t hurt that some people saw him as a local celebrity.

Each day, someone who walked into the store recognized him. OSU fans knew him as one of the starters on the Cowboys’ 2004 Final Four team. Some were familiar with him because of his junior high assistant coaching position or because he trained young athletes in town. This gave him something to prove, to show them the tough forward who grabbed rebounds in NCAA Tournament games could also deliver a sales pitch.

McFarlin, once a pro athlete and world traveler, had returned to life as a normal guy.

“I think working at Best Buy really made me reintroduce myself to really talking to people again,” McFarlin said. “Conversations not just about Oklahoma State basketball but buying items … but at the same time, trying to get a friendship or relationship with that customer, and now they come back. And now they’re looking for you because they can rely on you.”

At Ponca City, McFarlin sometimes draws upon these experiences to bond with his students.

Because he had to stay up-to-date with technology trends at Best Buy, he can fit into the fast-paced, social-media-driven world of teenagers. He uses TikTok, a popular application that allows content creators to make short videos and share them. He joins the kids to play video games in the locker room, and he sometimes brings his dance moves to the court.

“He gets on the same level as us,” Seals said.

“Kids love playing for him,” Leavitt said. “They respect him not just because of his previous accolades as an individual player but just his overall character, his personality.”

Despite McFarlin’s fun-loving, gregarious demeanor, he also teaches his players about discipline.

It was a quality Sutton emphasized at OSU, a quality that stabilized McFarlin throughout his unconventional journey.

After selling phones at Best Buy, working at State Farm and taking a brief hiatus from coaching, McFarlin was named an assistant coach at Ponca City in 2018. In this assistant position, which he held for one season before his promotion, he continued to have side jobs, as he called them. He delivered Marco’s Pizza, which has since closed in Stillwater, and copies of the Stillwater News Press.

“I had a lot of respect for that because he didn’t just sit around and just do nothing after he stopped playing,” Angie McFarlin said. “He was always trying to do whatever he could to support his family, so I was proud of him for trying to do everything.”

Along with the additional income, his love for people and his commitment to work made him stick with the delivery jobs. Angie McFarlin admired her husband’s dedication, but she worried about him. His stressful schedule was enough to drain almost anyone.

“You’re going to wear yourself out,” Angie McFarlin told him.

Eventually, he decided to no longer deliver pizza, but he kept his job as a newspaper carrier.

After driving on his paper route and returning home to sleep a little longer, he had to be ready at 7 each morning to make a 50-minute drive to Ponca City. There, he taught physical education to kids at Roosevelt Elementary before heading to the high school for basketball practice. At 7 in the evening, he made it back to Stillwater, where he could briefly relax with his kids before it was time to repeat the routine.

Newspaper delivery didn’t stop for snow. It didn’t stop for thunder and rain. Before 5 a.m., McFarlin had to leave papers at all the homes on his route, even if it meant sputtering across mud-caked country roads.

“There would be times that I’d almost get stuck sometimes,” McFarlin said. “There were times I did get stuck.”

One weekend morning, McFarlin had a panic-inducing awakening that made him realize he was pushing himself more than he could handle.

He was driving on his paper route when he briefly fell asleep behind the wheel. McFarlin said he recalls his car hitting something. He and the Ford Escape launched into the air, flying over a mailbox before he landed and maneuvered the vehicle away from the ditch. McFarlin had no injuries, but the car was irreparable.

He continued the delivery route a little longer, driving a 1996 Mercury Sable borrowed from his in-laws, but soon, he had the opportunity that allowed him to narrow multiple careers to one.

'It's just his passion'

McFarlin’s commitment to working and helping others is the thread that ties his basketball career, his coaching experiences and his range of jobs together. It’s a trait that makes his friends, including Cowboy basketball coach Mike Boynton, who goes to church with McFarlin, appreciate him. Boynton has been familiar with McFarlin’s persistence since their high school days when they played against each other at a camp and in AAU basketball.

“He’s always been a hard worker, always been somebody that’s achieved more than other people thought he could because of that work ethic,” Boynton said. “And somebody because of the way he approached work, is well-respected everywhere he goes.”

Since McFarlin became Ponca City’s head coach, his schedule has been busy but less grueling than it was before.

His typical weekday has started at 6:30 a.m. After Ponca City’s season ended with a playoff loss to Jenks in late February, he has led his team in skill development practice for next season. McFarlin spends more time with his family and less time driving on rural roads. He continues to enjoy gummy bears, but he doesn’t stop to buy them at 1 a.m.

After getting the coaching job during the past year, McFarlin surprised his team when he revealed he had worked as a newspaper carrier, giving them an example of the type of discipline he strives for them to have. Seals said it was meaningful because McFarlin had gone out of his way to help his players on days when he had been working for so long, not letting exhaustion affect his positive attitude toward them.

“I feel it in my heart that in high school, these kids,” McFarlin said. “They just need someone to relate to them.”