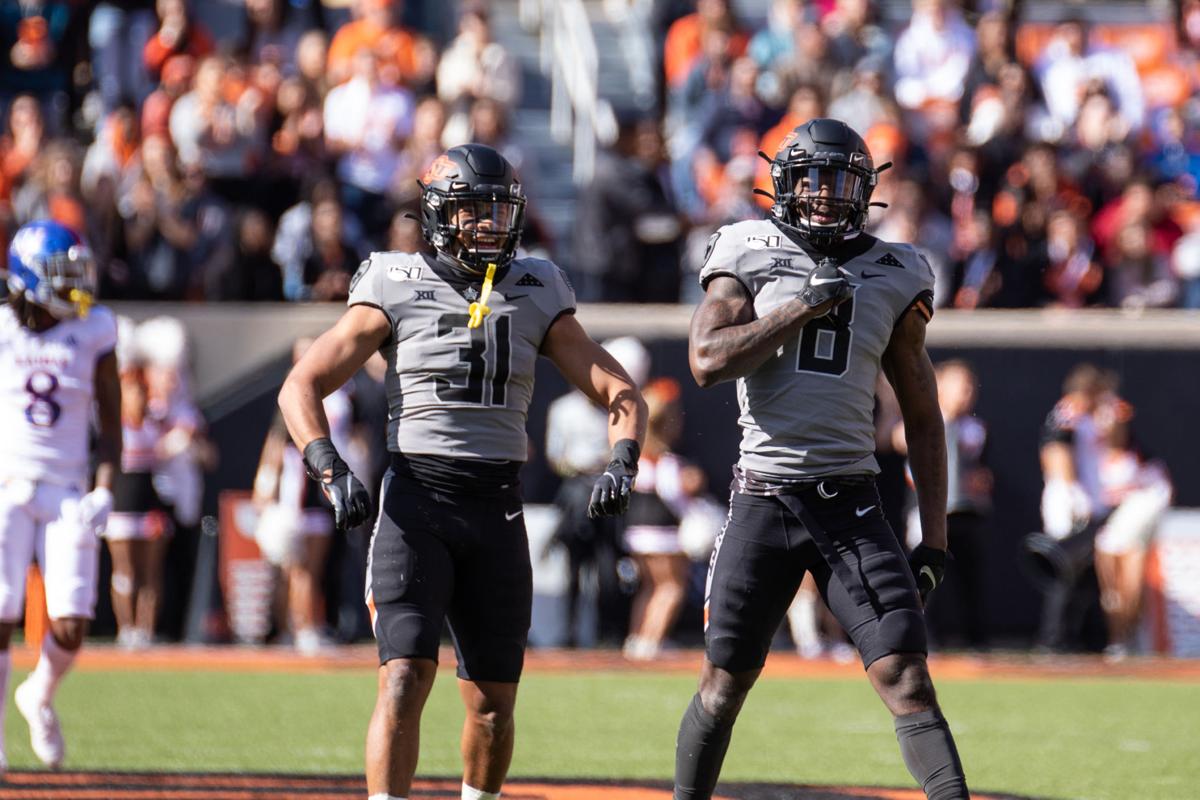 Rodarius Williams (right) celebrates after a defensive stop during the Oklahoma State vs. Kansas football game on Saturday, Nov. 16, 2019 at Boone Pickens Stadium in Stillwater, Oklahoma. 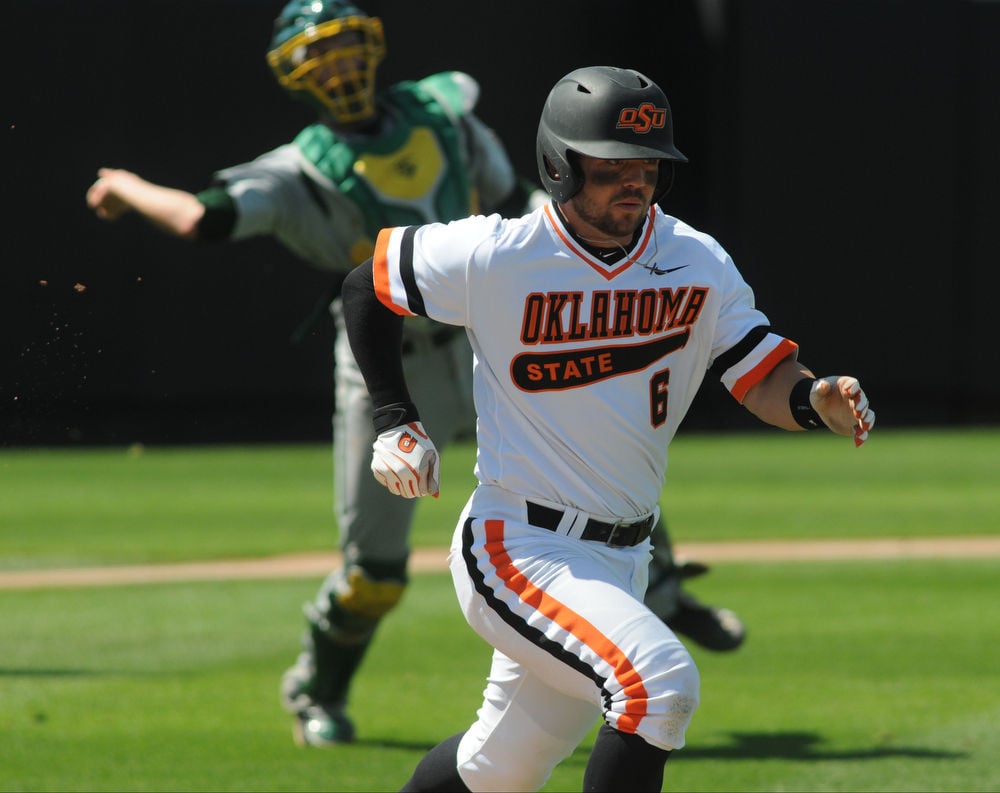 Cowboy baseball defeated Baylor 10-4 in game one of the series at Allie P. Reynolds Stadium in Stillwater, Oklahoma. 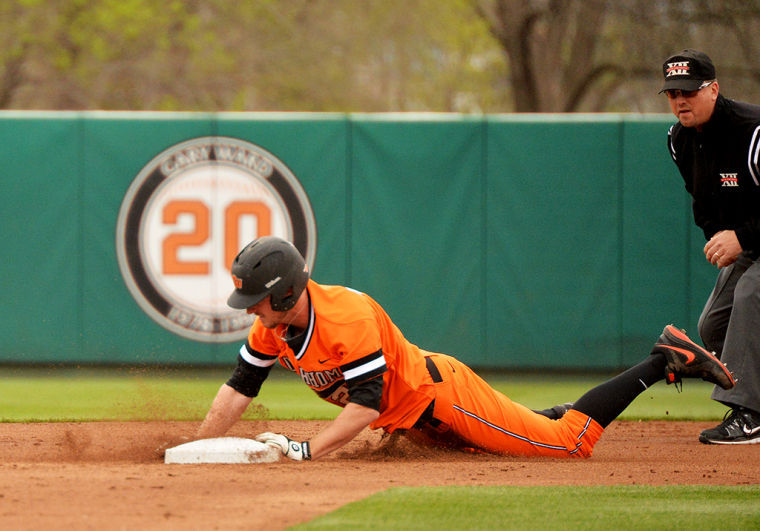 Cowboy's Conor Costello slides into second base during last weekend's game against Texas Tech. OSU will take the mound Tuesday as OU comes to Stillwater for the next Bedlam baseball game. 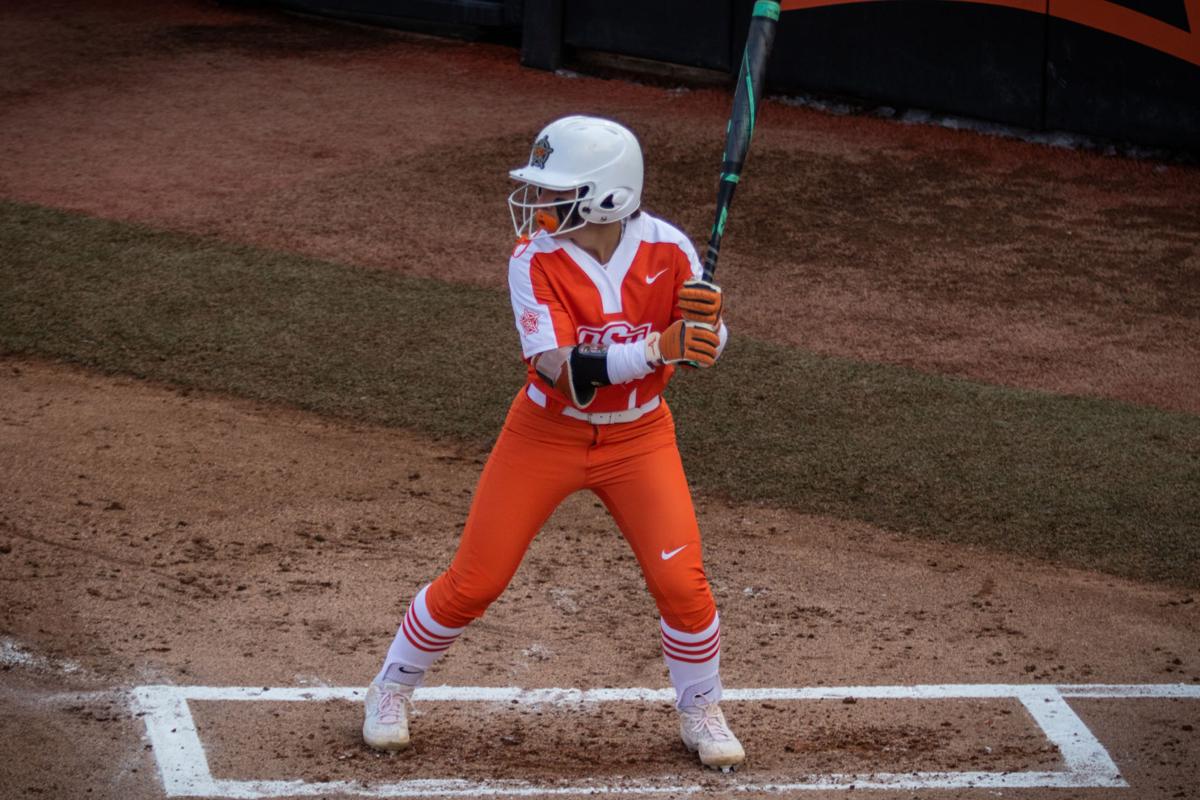 OSU center fielder Rylee Bayless at bat during the No. 21 Oklahoma State vs. Syracuse softball game in the OSU/Tulsa Invitational at Cowgirl Stadium in Stillwater on Friday, March 1, 2019. 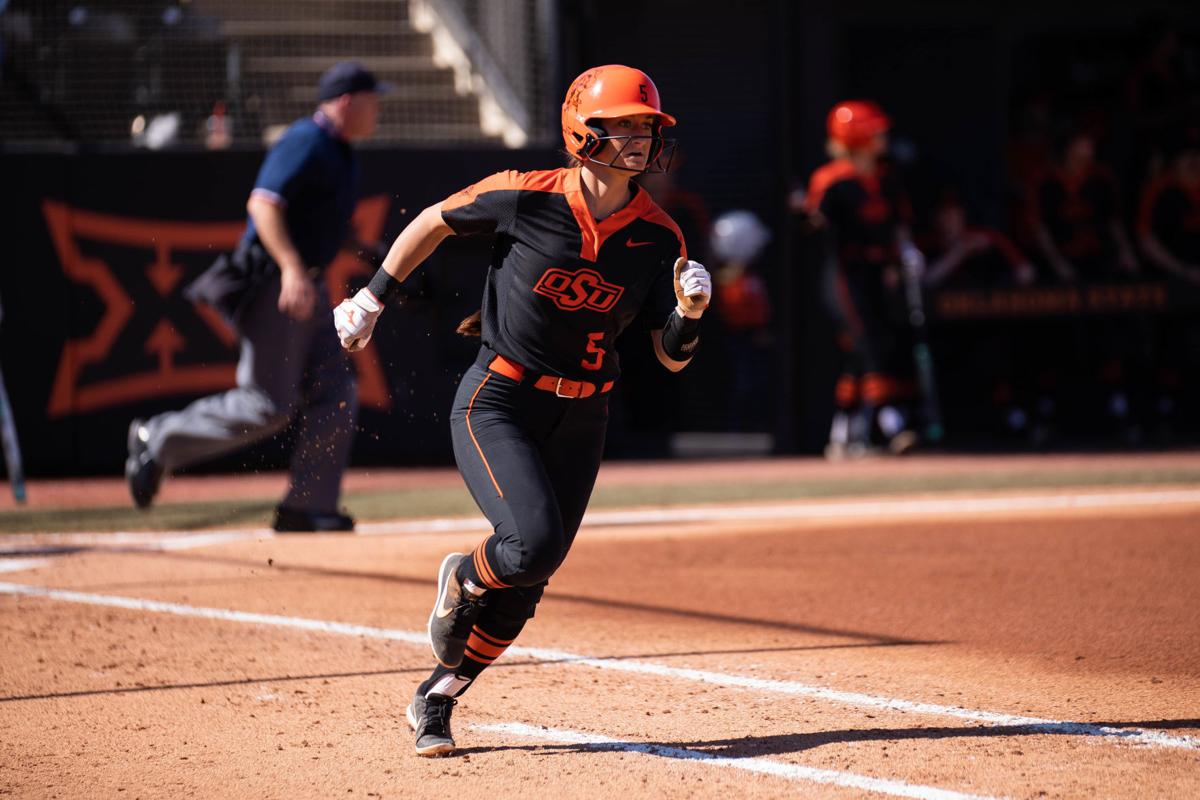 Kiley Naomi runs the bases after hitting a home run during No.15 Oklahoma State vs. Drake softball game on March 1, 2020 at Cowgirl Stadium in Stillwater, Oklahoma 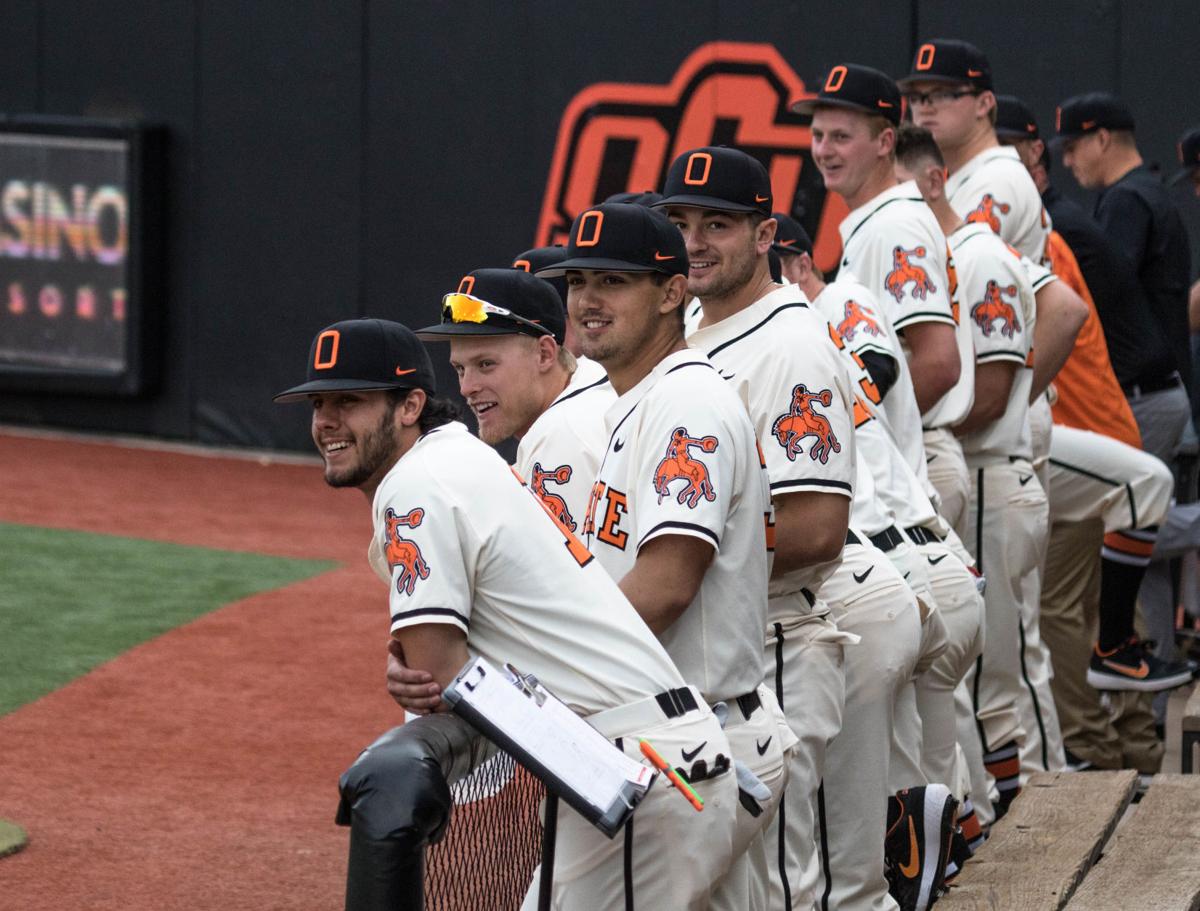 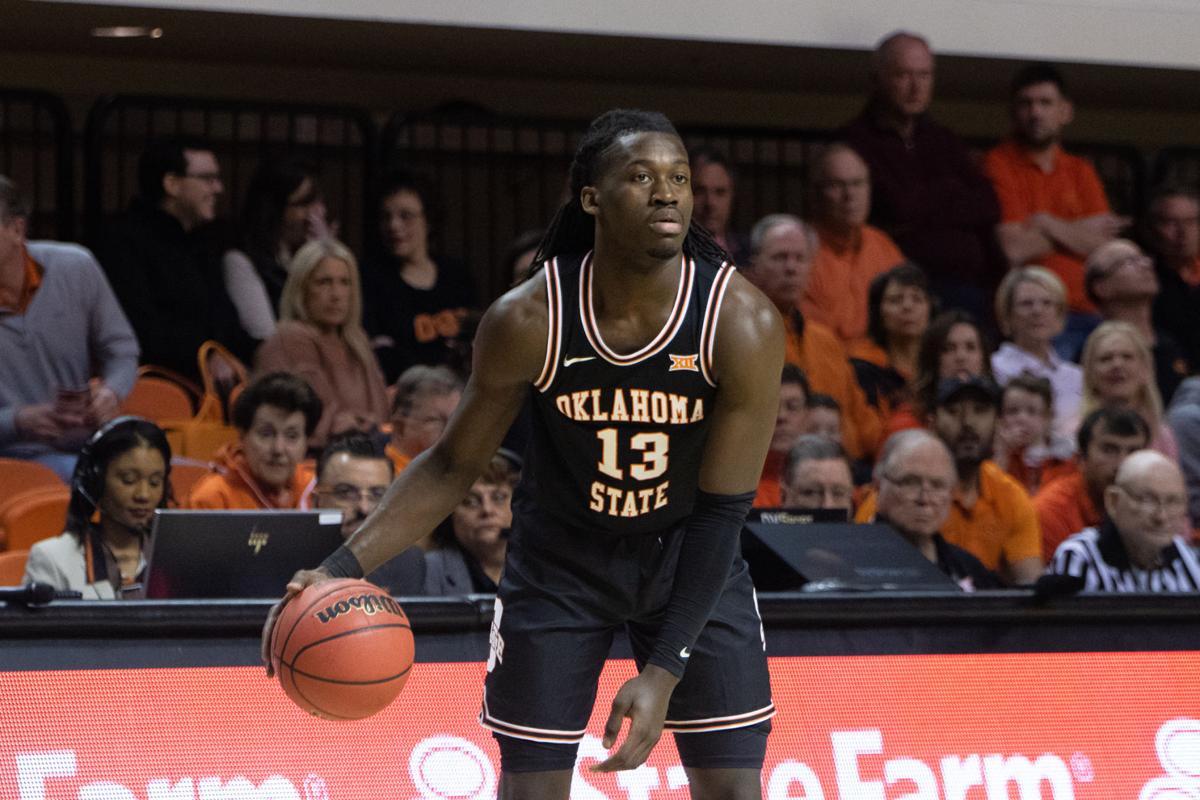 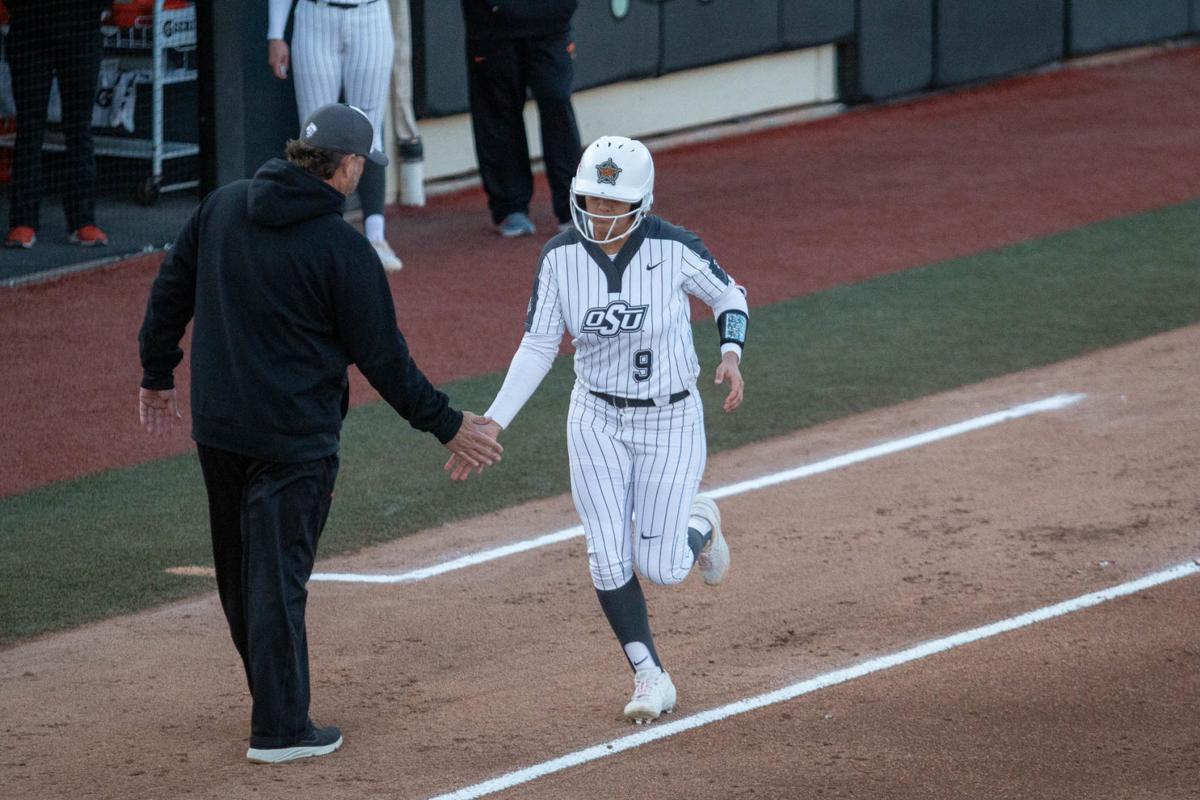 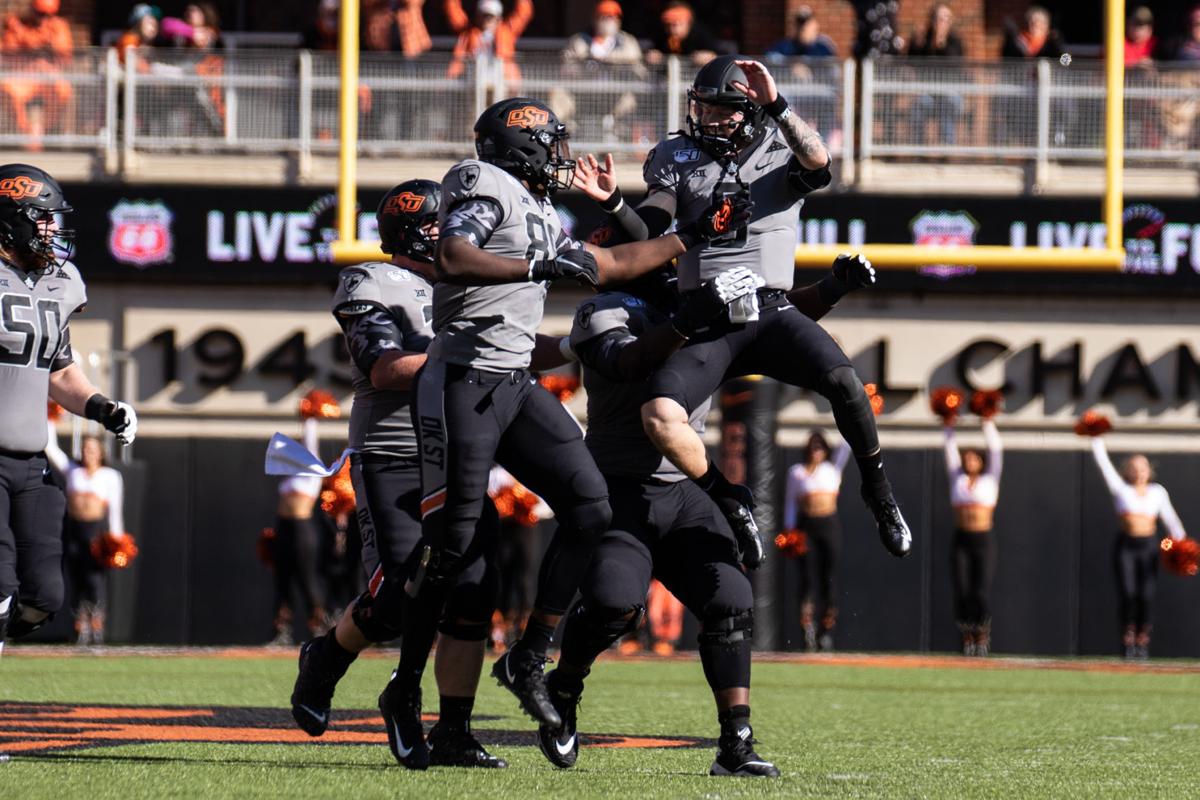 Dru Brown celebrates with the offensive line after throwing a touchdown pass during the Oklahoma State vs. Kansas football game on Saturday, Nov. 16, 2019 at Boone Pickens Stadium in Stillwater, Oklahoma. 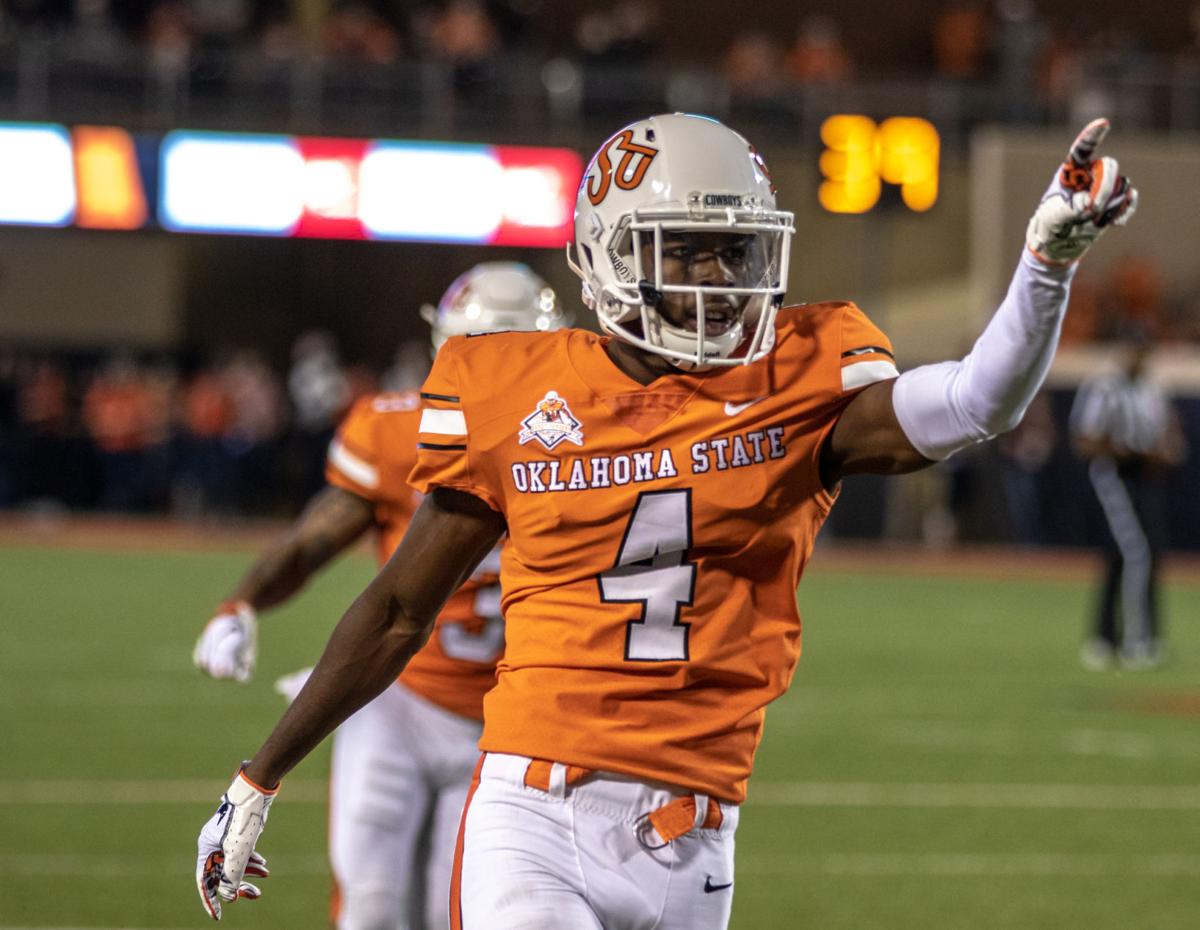 OSU cornerback A.J. Green celebrates a pass break up against Texas during the first half of their Big 12 game at Boone Pickens Stadium in Stillwater on Oct. 27, 2018. 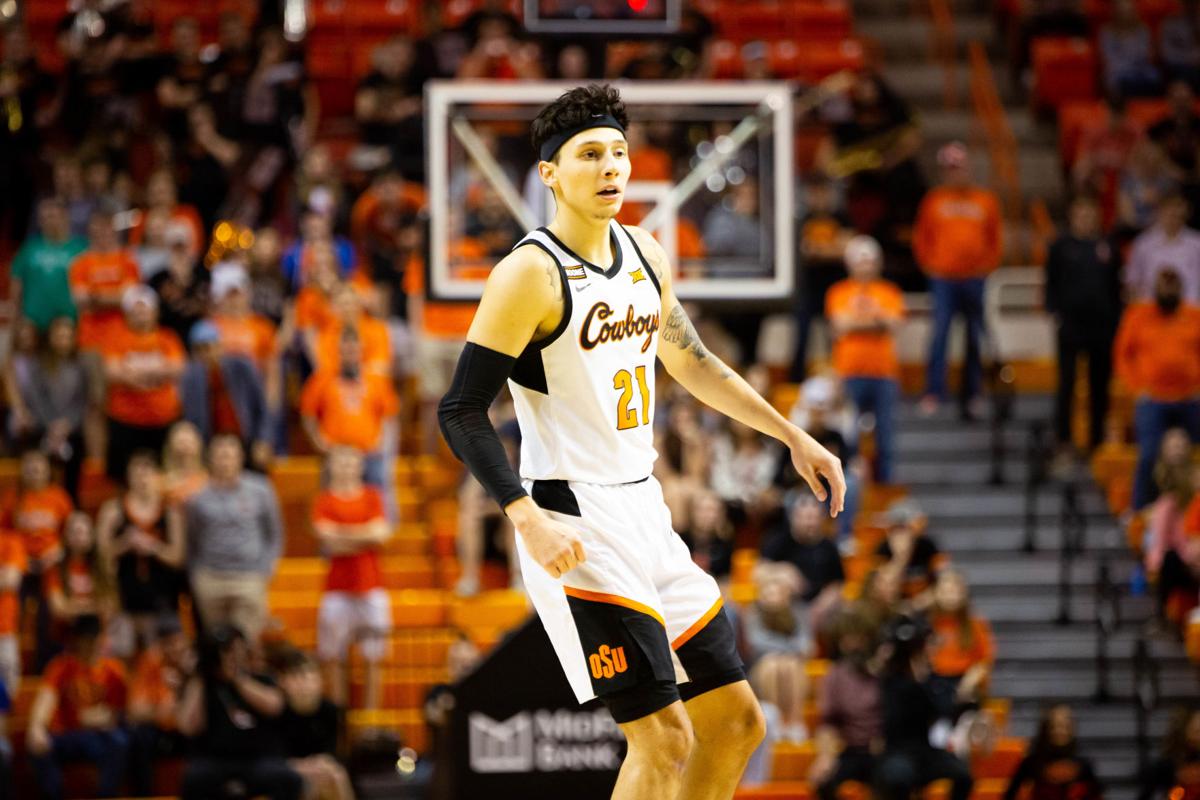 Choosing the best 10 uniforms ever worn by an OSU athletic team is a difficult decision. But here is a possible way the list shakes out.

No. 10: 2015 OSU baseball white with black and orange accents

These baseball uniforms are one of the oldest on this top-10 list. They are nice and clean and give the baseball team another solid option away from its normal orange or black. The No. 10 spot was close, and came down to a few choices, but this kit just edged itself into the list.

No. 9: OSU baseball in all-orange

The all-orange look is normally worn seen on former Cowboy golfer Rickie Fowler on Sundays of PGA Tour events, but the OSU baseball team used to take their shot at the all-orange look. The addition of orange pants along with the normal orange tops with black hats looked good on the field despite being monochromatic. It’s hard to make monochromatic uniforms look good, but the OSU baseball team did just that.

The Cowgirl softball team recently got new uniforms, and it have begun to put up a fight with the football team for combinations. This uniform the Cowgirls won with in their most recent trip to the Women’s College World Series is a crisp look. The orange pants with the orange jerseys are bright and even better with the white accents.

OSU is one of the best schools when it comes to monochromatic uniforms because orange, black and white just go well together. The Cowgirls took the field against Drake with all-black uniforms with orange accents. They also were sporting orange helmets with the standing Pistol Pete on the side.

In 1959, the OSU baseball team won a national championship, so the Cowboys decided to honor that team with throwback jerseys. The off white jersey has “State" across the front and the retro bucking bronco logo on the sleeve. Matched with the black hat with an orange “O” makes the uniform complete. This makes it the highest-rated baseball uniform on the list.

The Cowboy basketball team sported throwback jerseys representing the 1995 OSU Final Four team with OSU legend Bryant Reeves. The jerseys are just newer versions of the same uniforms the team wore in the 1995 season. Even more interesting is that the Cowboys upset Texas Tech while wearing these jerseys.

The best look a baseball or softball team can wear is the classic pinstripe look. OSU softball’s white uniforms with black pinstripes is another reason why pinstripes make uniforms even better. A slick look with no color besides black and white takes fans back in time to the days where less was more.

When the Cowboys took on the Kansas Jayhawks over Veterans Day weekend they wore special commemorative uniforms to honor the military. OSU has a rich history with its ROTC program, so the Cowboy Battalion Uniforms showed support to those who have given up their freedoms. Although unpopular, grey uniforms are a good look on the football field.

OSU football has made a tradition of wearing throwback uniforms during homecoming football games. In the Cowboys 2018 homecoming game against Texas, the team wore throwback uniforms commemorating the Barry Sanders Heisman Trophy season. The jerseys have only been worn once but continue to receive praise even a season after it was last worn.

The cursive Cowboy basketball jerseys take the cake as the best uniforms in all of the OSU arsenal. Although most of the uniforms could’ve put up an argument for the No. 1 spot, the cursive Cowboy uniform stole the show with a modern look to a classic uniform.