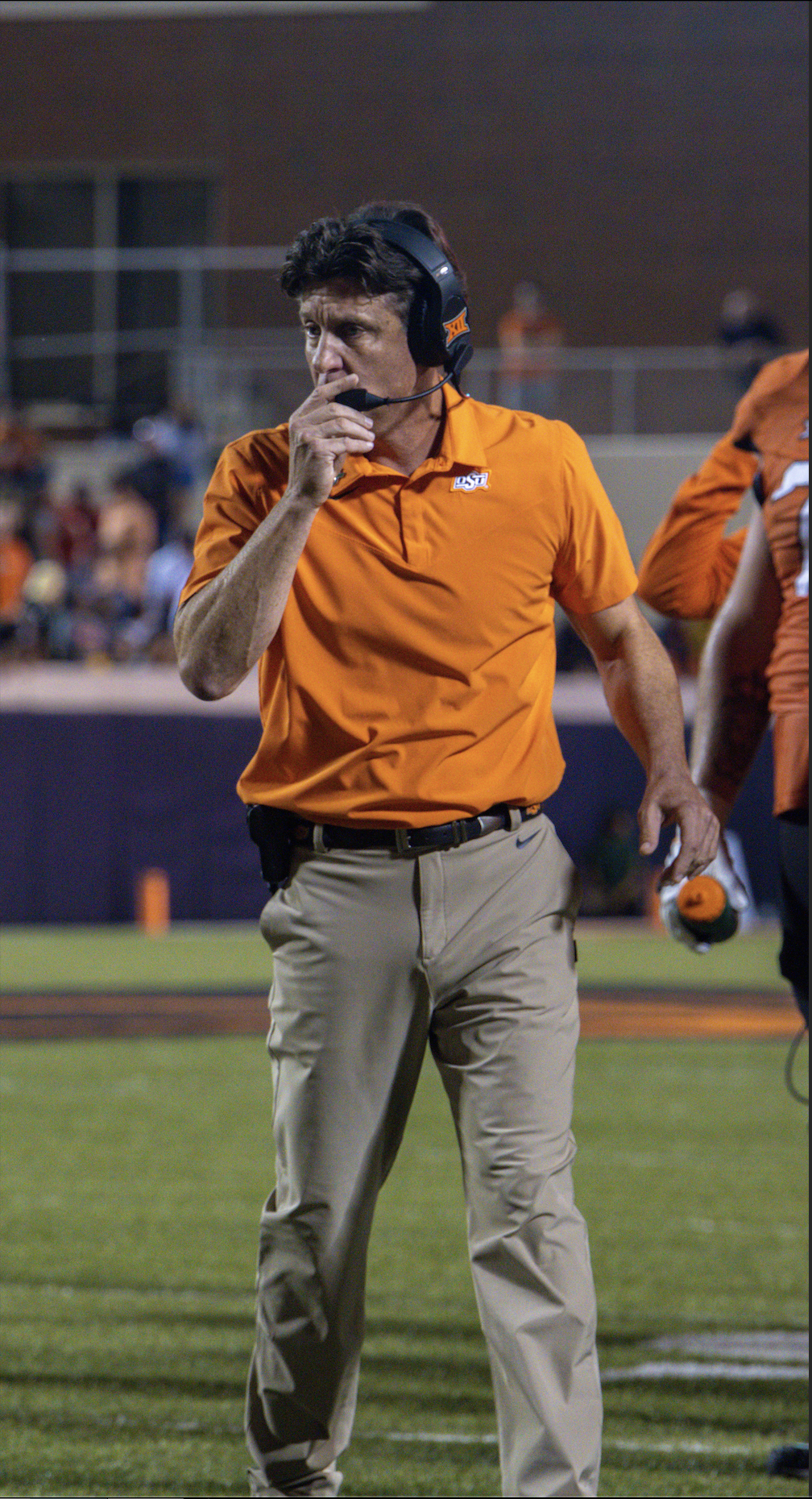 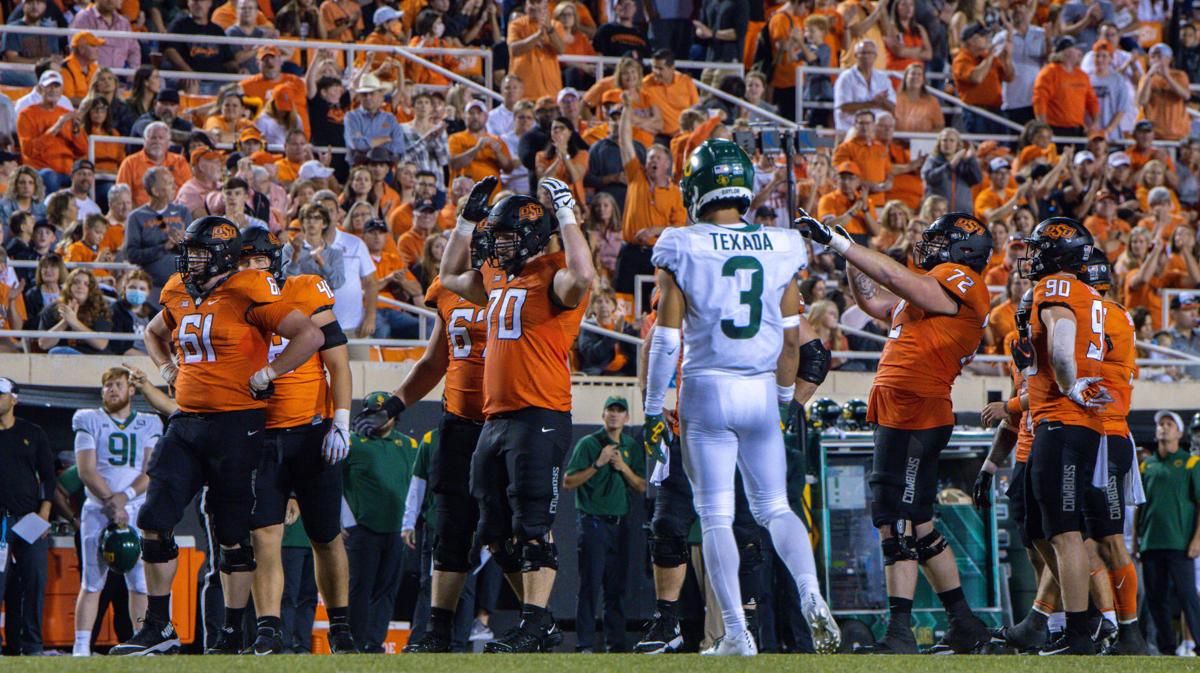 The Oklahoma State defensive line hyping up the crowd against Baylor.

The Oklahoma State defensive line hyping up the crowd against Baylor.

Most OSU coaches have played teams twice due to the nature of their sport of choice. But because of the way college football is structured, Gundy will be tackling a new endeavor this Saturday when OSU plays Baylor in the Big 12 Championship Game.

Gundy has won the Big 12 Championship, in 2011, but at that time there was not a conference championship game.

At his Monday press conference, Gundy said he was thinking of what to say if the media asked him about playing in rematch.

“The old Ernie Banks deal, 'Let's play two' concept,” Gundy said. “That is the only thing I had to say. I don't know. It's kind of weird, but we haven't played them in quite a while. That helps."

Although doubleheaders and weekend series are more familiar to the former Chicago Cub, Banks’ motto is what Gundy and the Cowboys have to adopt.

The No. 5 Cowboys defeated No. 9 Baylor 24-14 in Boone Pickens Stadium in early October. The game was OSU’s second conference game and the third for Baylor. The rematch will take place two months, two days and 272 miles south of the game in Stillwater.

Gundy said it is for the best there is a chunk of time in between the games, rather than a much trickier situation back-to-back Bedlam games against Oklahoma would have presented.

Even though an injury to Baylor’s starting quarterback Gerry Bohanon forced the Bears to temporarily press redshirt freshman Blake Shapen into duty, Gundy does not think Baylor has changed much since the game in Stillwater.

“They’re really kind of who they are, and we’re kind of who we are,” Gundy said. “There hasn’t been much of a dramatic change. They played another quarterback, but their philosophies were pretty much the same.”

A particular defensive style Baylor plays stands out to Gundy.

Gundy also mentioned Baylor has good schemes and blocks well. He said BU has skill at running back and wide receiver.

Baylor (10-2) is riding a three-game win streak into the championship; it fell to TCU and OSU on the road. The Bears non-conference schedule was bolstered by a win against No. 19 BYU.

“And you're also seeing a team that's winning,” Gundy said. “So, when (the Bears) win, they play harder. That's where they're at.”

One thing Gundy doesn’t know about the Bears is what people all around college football are wondering: who will their quarterback be for the Big 12 Championship? Bohanon injured his right hamstring against Kansas State two weeks ago and has not played since. He dressed and warmed up in Baylor’s game against TTU last week and there is speculation he could be ready to return against the Cowboys.

“These are two equal teams,” Gundy said. “I mean, we're on the same level. Field position is going to be important, special teams is going to be important. We all know that effort and turnovers play a big role, and you go play. We need to control what we can control, which I think they will with the maturity that's in that locker room."