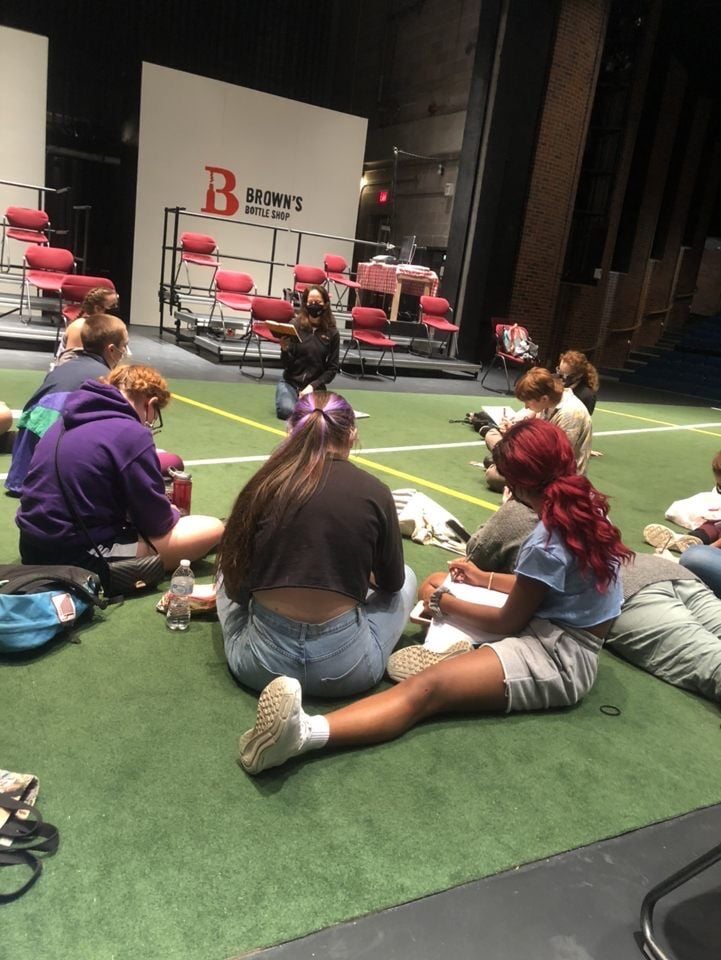 Cast members sit and take note during rehearsal for "The Wolves." 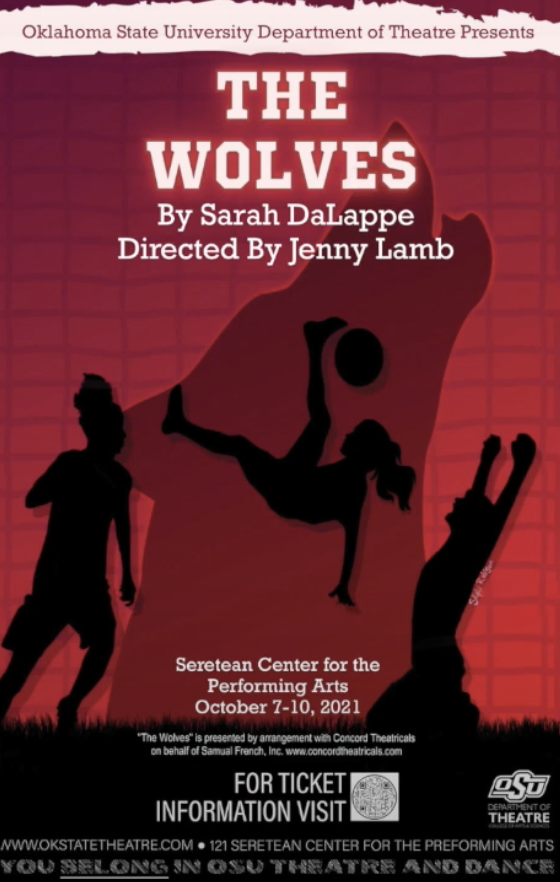 Cast members sit and take note during rehearsal for "The Wolves."

Jackson, who plays #13 is one of the stars of play.

"The Wolves" is a production revolving around nine high school soccer players who are referred to by only their jersey numbers. The play is set over a period of several weeks as the girls discuss political issues, menstrual cycles, boys, Harry Potter and several other things teenagers could spout off while running laps.

"The Wolves" weaves nine characters' stories together as they tackle national and personal hardships. Jadyn Rose Nelson, plays #2. This character is sweet and sometimes funny, however, she struggles with her body image which allows for some unsettling scenes raising the entire show's quality.

Ruairi Banks, plays #00 who is non-bionary, which deviates from the original play. They may have the most complete arc in the entire show even though the character has very little lines #00 is shown through their actions and you can definitely feel the emotions that come with it.

“We deliberately decided to make #00’s character non-binary and throughout the show while it’s tracking the other characters lives it’s also tracking their anxiety and their self acceptance to being trans and wanting to be a part of a fem community,” Banks said.

"The Wolves" is a play with multiple layers, moving at a rapid pace making the 90 minute runtime flash by. Director Jenny Lamb has done a fantastic job with making her own unique changes to the play while still capturing the heart of the original written by Sarah DeLappe.

Courtney Noisette, who plays #07 a passionate, ferocious and sometimes filthy mouthed character said the play is about connection.

“In every character there’s something someone can relate to,” Noisette said. “That’s my best friend, that’s my sister, that was me in high school, that’s the person that bullied me back in school and that’s really what this is about.”

"The Wolves" runs through Sunday at the Seretean Center for the Performing Arts. Directed by Jenny Lamb, it is the first play of the theatre department's 2021-2022 production season.