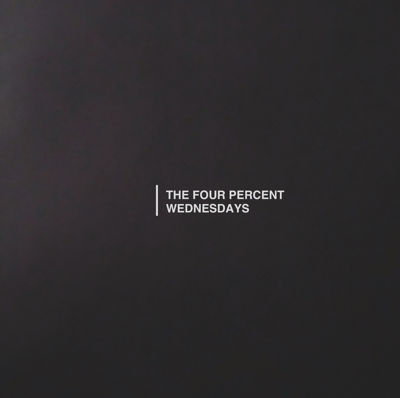 The Four Percent is a group of concerned students pushing to change the culture at Oklahoma State University. We are committed to do all in our power to ensure race relations at this university develops into a tool used to bring about the best academic, social and psychological experiences for all students while on campus.

The Four Percent humbly submits the following list of actions we would like to see from Oklahoma State University to reinforce its commitment to inclusion and diversity as well as the university’s responsibility to protect all students.

This, however, is not the only statement showing language of a dedicated effort to inclusivity, equality and diversity. In the 2017 Oklahoma State Student Code of Conduct, Page 1 reads, “Oklahoma State University (OSU) is committed to creating and maintain a productive living and learning community that fosters the intellectual, personal, cultural, and ethical development of its students. Self-discipline and valuing the rights of others essential to the educational process and to good citizenship. Attending Oklahoma State University is a privilege and students are expected to meet or exceed the university’s standards of conduct both on and off campus.”

With such language and commitment to diversity, we, The Four Percent, submit that the entities listed above – President’s Office, Institutional Diversity, Office of Multicultural Affairs and African-American Student Association – release a detailed outline of all events, budgets/financial plans, programs, initiatives, meeting minutes, meeting dates, etc. (including dates and descriptions) held or planning to be held to improve the current state of diversity on campus to the public.

We submit that the university revisit the “Enhancing Race Relations at Oklahoma State University, Stillwater” position paper written by students, faculty, staff and administration that was sent to administration on May 2 2016. Specifically revisiting the sections on diversity training as well as the bias response team.

We submit that the university make an amendment to the student code of conduct’s social justice legislation section to add language that will make “racially insensitive and/or racist rhetoric and behavior made public knowledge” a punishable action. The individual(s) who violate this or any other clause under the social justice legislation would be subject to sanctions. We request the consideration of the bias response team as outlined in the position paper to impose these sanction on individual(s). We also submit that individuals on the bias response team be diversity training certified before serving in such capacity.

We submit the creation of a minority history and diversity library and lounge for students.

We submit the creation of more faculty, staff and administration positions aimed at enhancing race relations on campus as well as selecting candidates with diverse backgrounds, diversity training and/or experience working with multi-cultural groups to fill these positions.

We also submit the active hire of more faculty and staff of color.

We submit that buildings bearing the name of a person unbecoming of the culture in which Oklahoma State University is striving to create in terms of diversity and inclusion (Murray and North Murray), be renamed to a worthier individual. We suggest the use of prominent social activists of color that are better indications of the university’s commitment to diversity and inclusion.

We submit these things because we care about the wellbeing of the entire Cowboy family and share the same sentiments and goal as the “Enhancing Race Relations” position paper in that we want to “suggest practical initiatives that, when implemented, would further enhance the campus climate of inclusion, especially for underrepresented minorities.”

It is for this reason, that we suggest that a meeting made up of President Burns Hargis, Provost Gary Sandefur, Vice President Lee Bird, Vice President Jason Kirksey, Director of Housing and Residential Life Leon McClinton, Coordinator of Student Conduct Aleigha Mariott and Faculty Council Chair Mindy McCann – or a responsible representative of any of these individuals – as well as the president or spokesperson for the following groups: Student Government Association, Residential Hall Association, Off-Campus Student Association, International Student Organization, Graduate & Professional Student Government Association, Interfraternity Council, Panhellenic Council, National Pan-Hellenic Council, Multicultural Greek Council and The Four Percent. We suggest this meeting be held once a month as a course of action to discuss this document and construct plans to enhance the cultural atmosphere at Oklahoma State University.

We submit that this series of monthly meeting begin in February prior to the March 2 Board of Regents meeting.

In conclusion, The Four Percent looks forward to hearing from and working with administration, faculty, staff and alumni as well as our fellow students as we mediate some of our concerns in hopes to bring about the best Oklahoma State University possible – a university that is a true model and one that is “loyal and true” to all its students.

The Four Percent is a group that formed when Jake Pulliam (Current OSU student, former Residential Advisor and member of Sigma Phi Epsilon Fraternity) sent a racial slur via Snapchat the first week of the spring semester, at Oklahoma State University's Stillwater campus. The name "The Four Percent" comes from the 4 percent of African-American students that currently attend OSU. The Four Percent is not affiliated with any specific student organizations.

Letter to the Editor: Response to The Four Percent's demands

Regarding the recent list of demands by the Four Percent student group (“Letter To The Editor: Press Release - List of demands from The Four P…