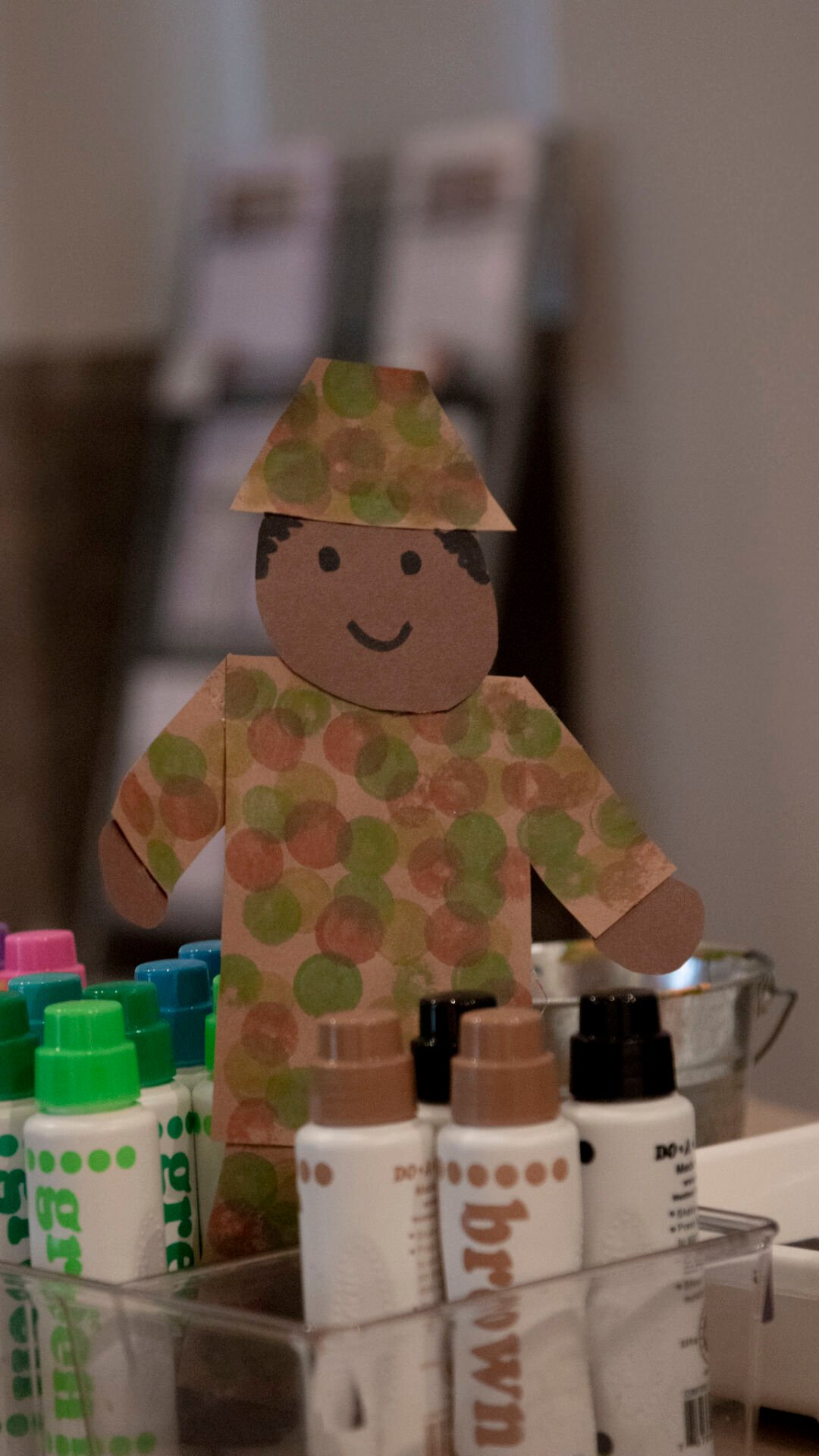 All three artists of the OSU's Museum of Art's are of Native American descent and had previously served in the United States’ armed forces. 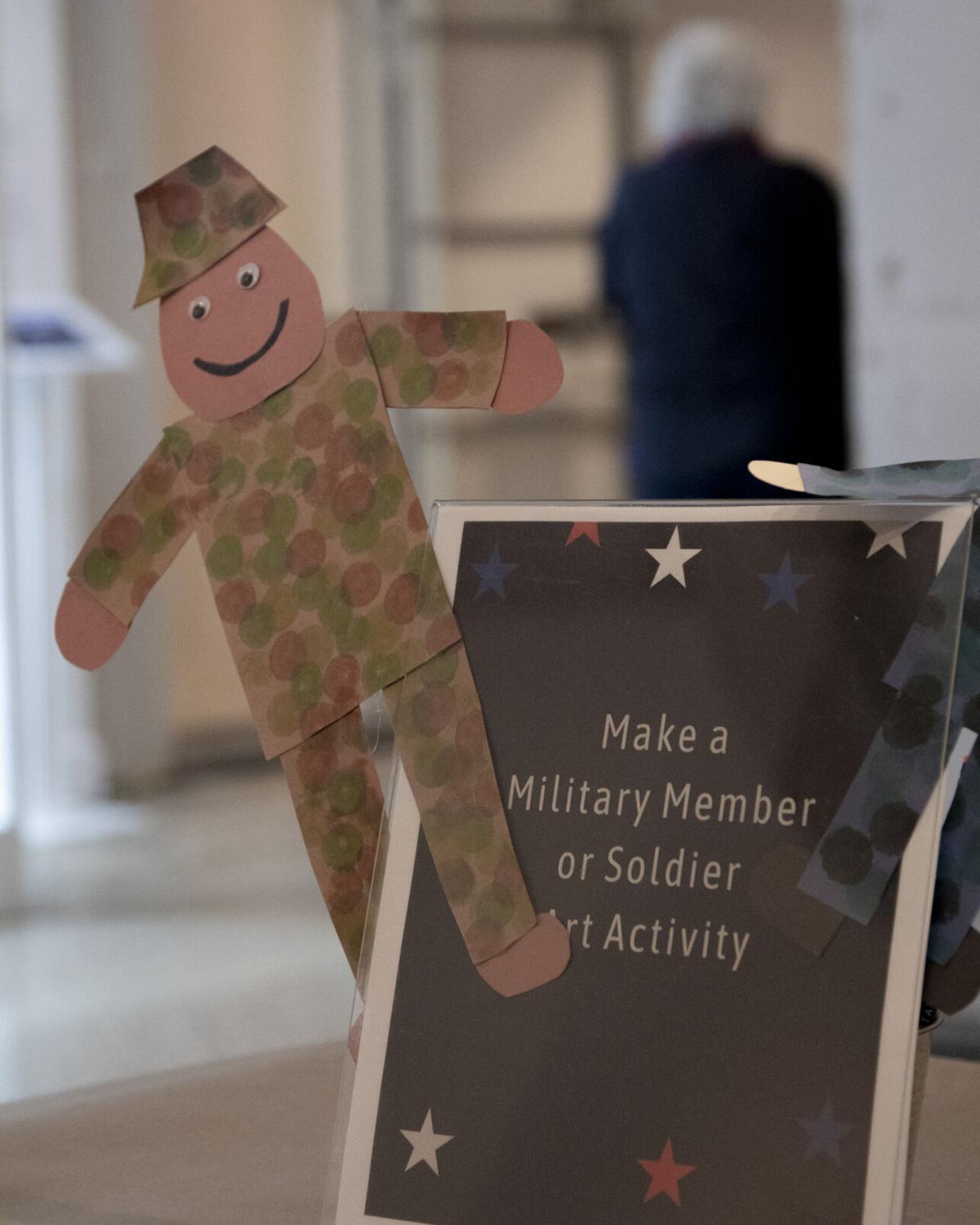 In coordination with the OSU Museum of Art's exhibition, the people can make a military soldier craft. 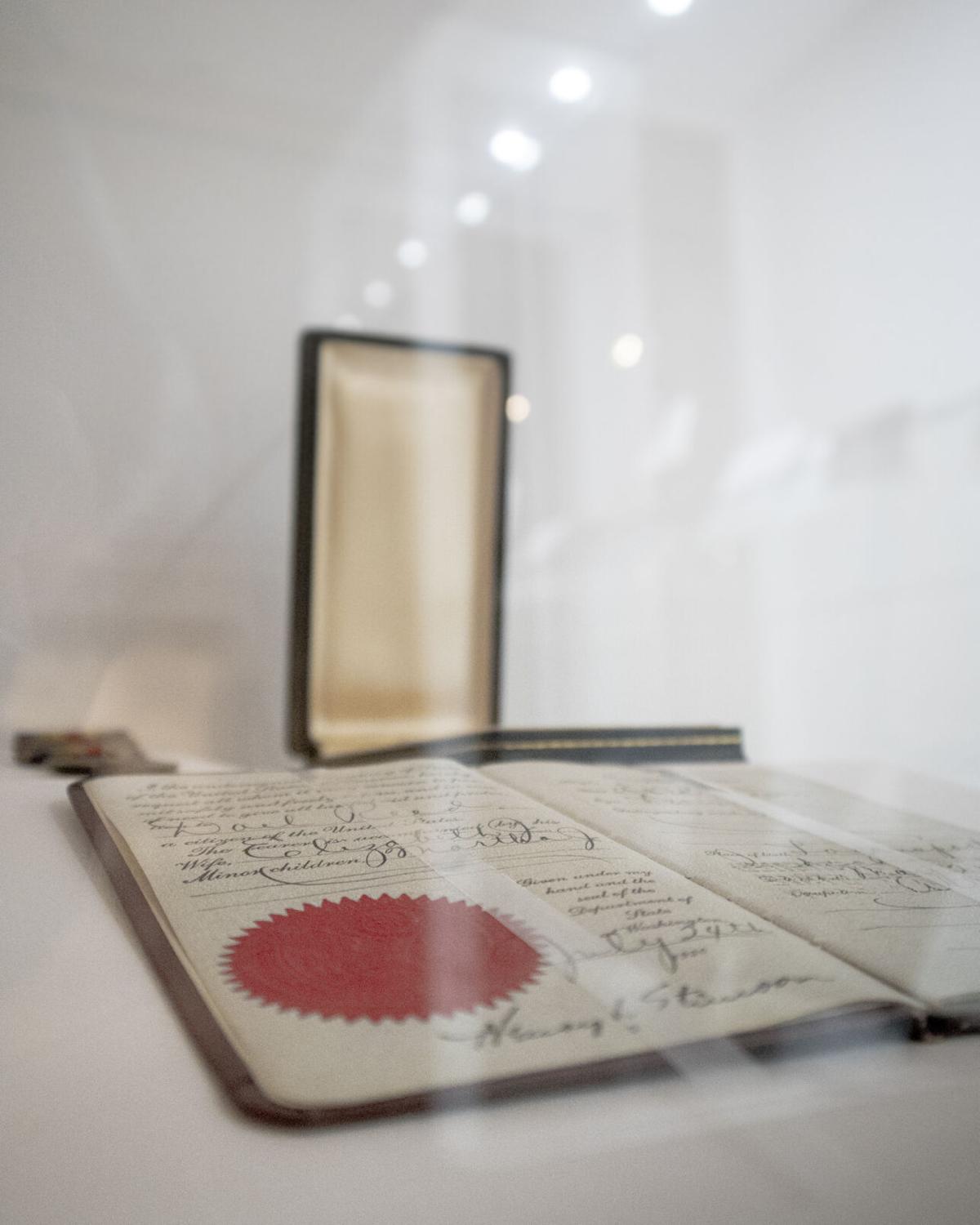 All three artists of the OSU's Museum of Art's are of Native American descent and had previously served in the United States’ armed forces.

In coordination with the OSU Museum of Art's exhibition, the people can make a military soldier craft.

The exhibition contains: The Watcher by Jerome Richard Tiger, The Creek Council Tree by Brummett Echohawk, and Ceremonial I and Ceremonial II by Harding Big Bow. All three artists were of Native American descent and had previously served in the United States’ armed forces.

Christina Elliott, the curator of the art museum, said a donation helped make the exhibit possible.

“We were very fortunate to have a generous donor named Charles Little, who donated his Native American art collection that was a couple hundred works,” Elliott said.

Sam Holguin, an art history senior, a senior at OSU majoring in art history, is the academic initiative intern at the museum of art. She was in charge of organizing the exhibit and choosing the three paintings to put on display.

“We really wanted to draw on the intersectionality between that not only were they native, but they were also veterans,” Holguin said.

Holguin also said the three artists were chosen because of the influence that their military service had on their work.

“They (the three paintings) are showing the different perspectives and the different lives that they came from,” Holguin said. “I would say that whenever you look at the work by an artist, you can learn a lot about them as a person and the experiences that they’ve had, or what they hold valuable to them. I think that is very well shown in these pieces of each artist.”

In addition to honoring Native Americans and veterans during Veterans Appreciation Week, Elliott said the museum is an outlet for the whole Stillwater community, not only art enthusiasts.

“We invite people with varying interests to come see what we have, and highlighting these artists, their cultural heritage as Native Americans - but also as veterans - helps us expand our reach into the community," Elliot said.

Stephanie Surratt stopped by to look through the exhibit with her daughter. Surratt's parents were in the air force and she said the military is important to her family.

"We’re raising an 8-year-old girl now, and we just want her to learn and be educated. Native American Veterans is a great way to do it," Surratt said.

Walking through the museum, Surratt said she and her daughter were blown away by the presentation of the exhibit and its paintings.

“I thought it (the exhibit) was very cool,” Surratt’s daughter said. “I especially liked the painting of the tree; it was very beautiful.”