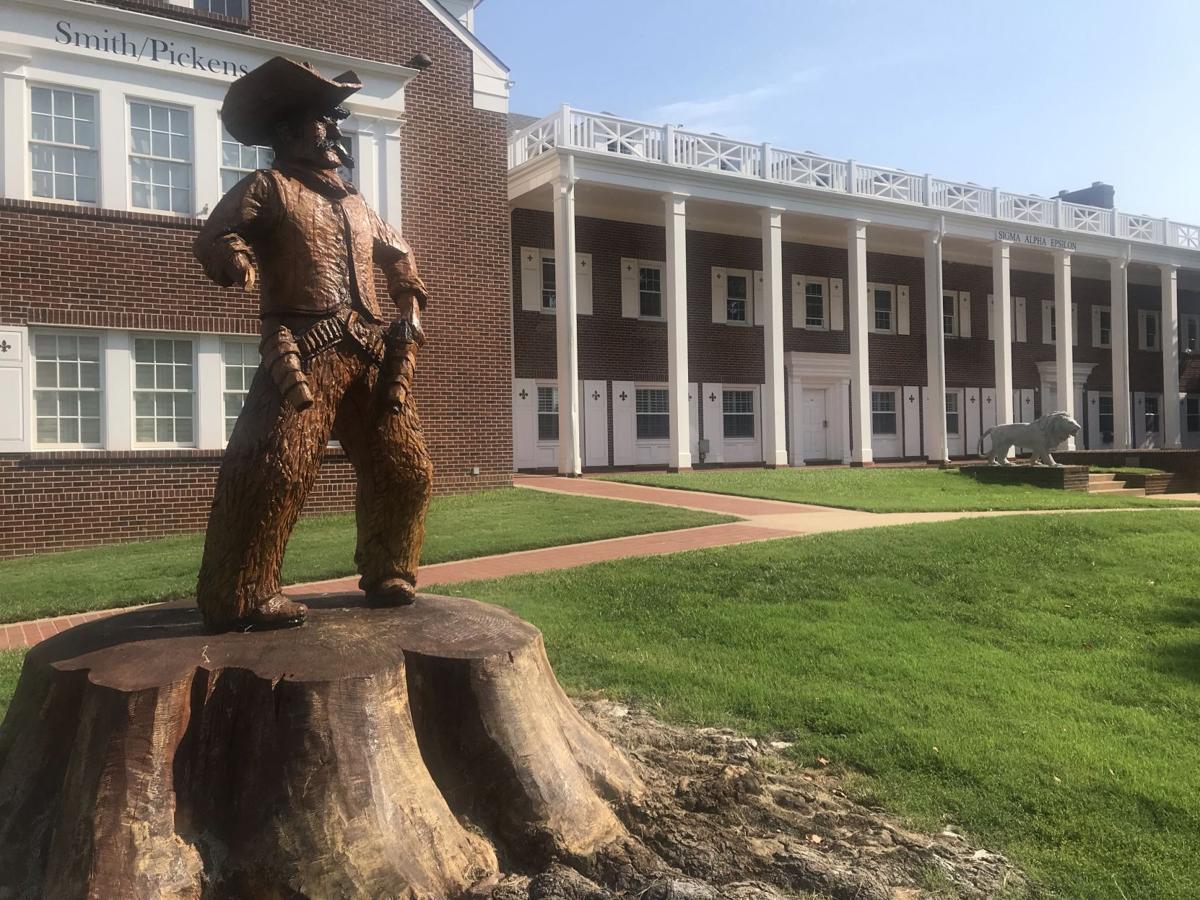 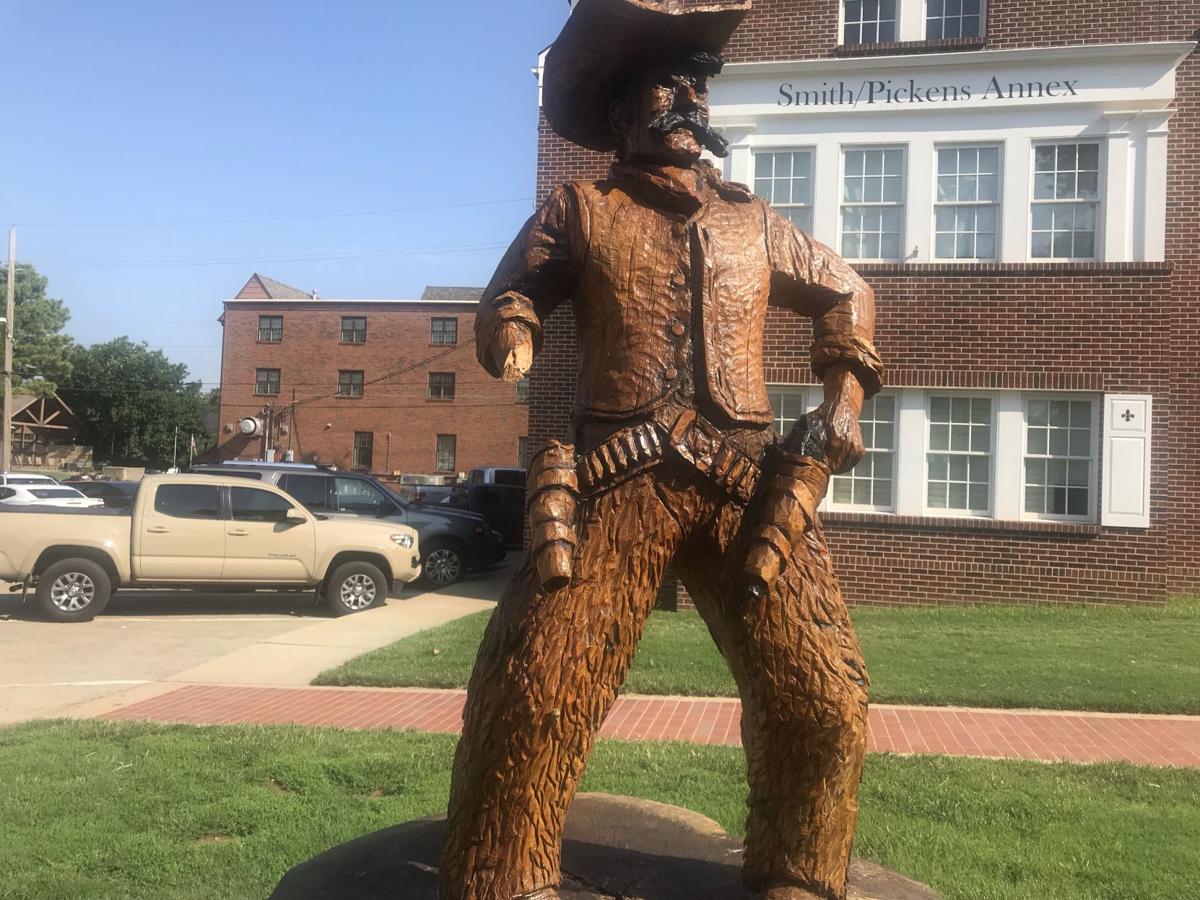 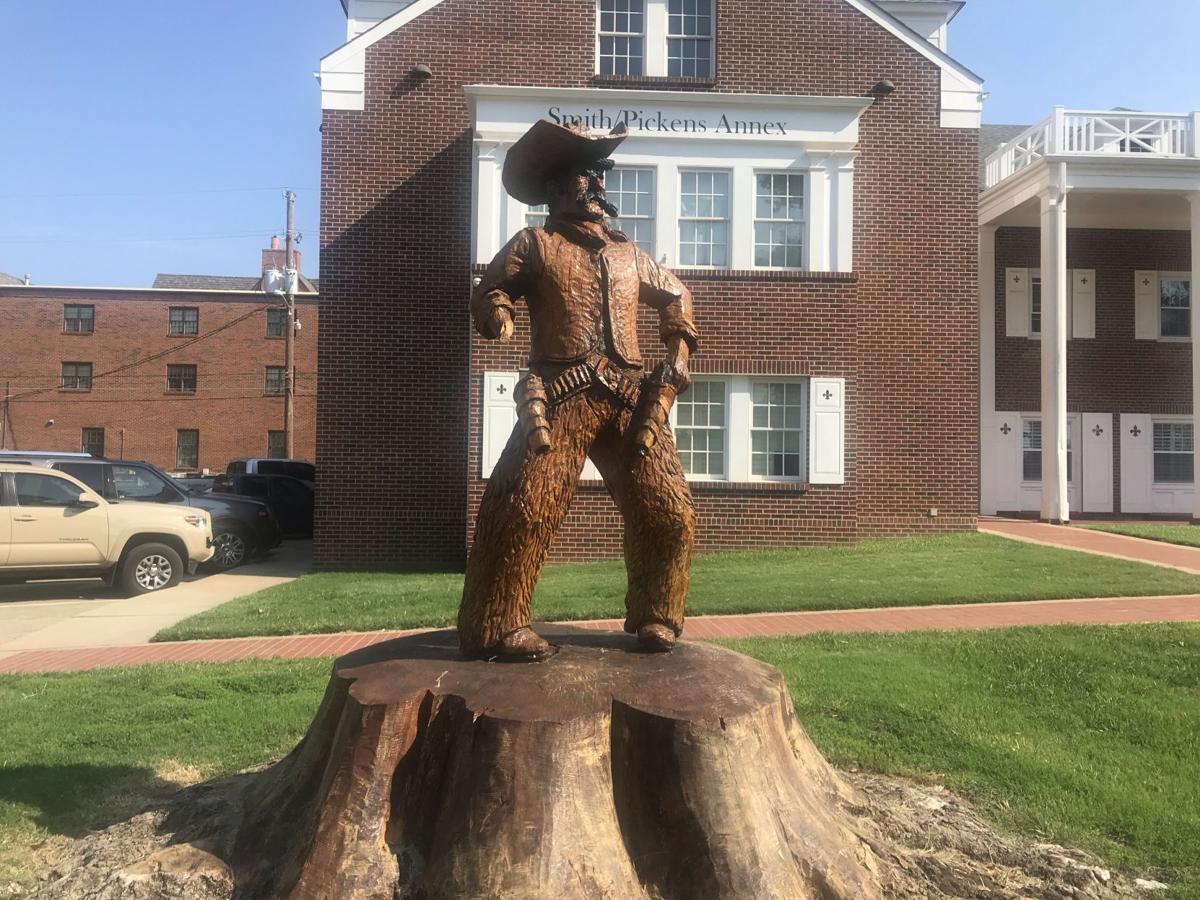 The Pistol Pete carving in front of the Sigma Alpha Epsilon fraternity house at OSU was vandalized this past weekend. The arm and pistol were removed and stolen from the statue.

Clayton Coss of Clayton Coss Chainsaw Carvings was commissioned by the SAE fraternity to carve Pistol Pete into the trunk of the tree previously found in the house’s lawn. The project took Coss about five days to complete, which included cutting the tree down and carving the stump.

Chris Busby, a member of the SAE Alumni Board, said that this wasn’t the first time the carving was vandalized.

“It happened once back in May, with just the pistol being taken from the statue,” Busby said. “Mr. Coss was told about it a couple of months ago and he said he could make a new one with some steel bars in it so people couldn’t cut it off.”

Busby commissioned Coss to repair the carving and replace the missing pistol, along with steel bars in the arm to prevent future vandalism. This cost around $1,200 to complete.

Those improvements did not deter vandals from striking again. Busby was informed about the carving being vandalized once more, this time with an entire arm missing as well.

Video surveillance is being analyzed at the SAE house in hopes that it will give the fraternity a lead. A police investigation is underway.

Busby is offering a $1,000 cash reward for the return of the arm and the name of the thief.

“I will never reveal the source that gives me the lead or the missing arm back,” Busby said.

More than anything, Busby is disappointed in the destruction of the art.

“The carving is a tribute to OSU,” Busby said. “It’s there for the university and for everyone to enjoy. Mr. Coss is very proud of it and I do not want to call him back to tell him the arm was stolen.”

If you have any information regarding the missing arm, contact Piper Reese at piper.reese@okstate.edu.