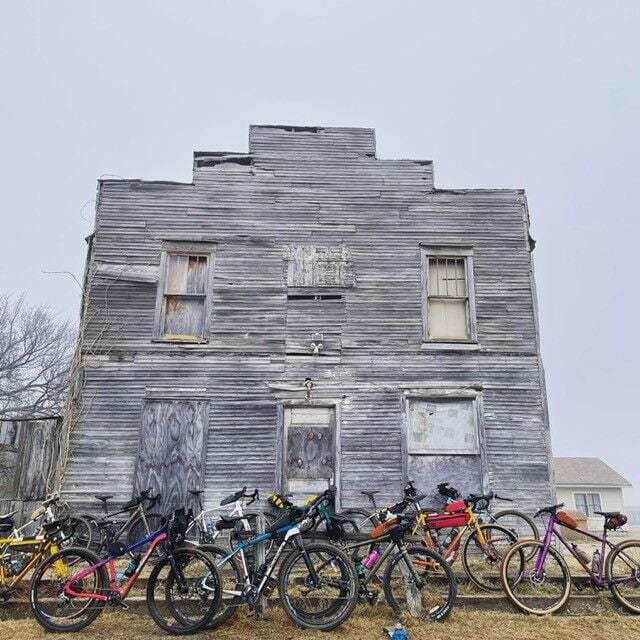 Bicycles leaned against a wooden structure as their owners celebrated their accomplishments. 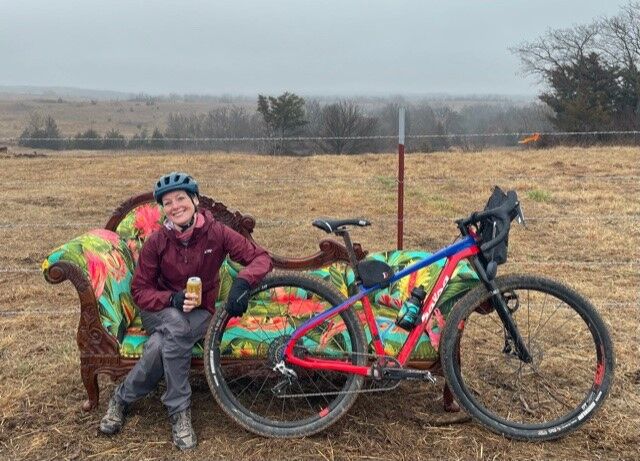 Colorful couches lined the side of a road and awaited bikers who were tired after a long, successful bike race.

Bicycles leaned against a wooden structure as their owners celebrated their accomplishments.

Colorful couches lined the side of a road and awaited bikers who were tired after a long, successful bike race.

A young woman, covered head to toe in mud approached, carrying her bicycle. She said that her bike broke on mile 38.

The Mid South event was on. This Payne County course is hailed by cyclists to be the 2nd hardest gravel track in the U.S. March 12-14, a large group -- although not as large as usual due to COVID precautions -- participated in the event.

The energy was high as cyclists who were arriving after some 15 hours of biking were welcomed with cheers, hoots, hollers and beers. Iron Monk even created a special Mid South IPA for the occasion, as has become the custom.

The chatter of trials, successes, and voice of founder and race director Bobby Wintle wafted through the afternoon air as staff members ushered finishers to the “swag table.”

The service manager, Austin Turner, spoke with nine years of experience regarding the trials of the event. As a cyclist himself, he shared some of the tribulations racers experience in the sport.

But the dark times make way for the bright times for these cyclists, where their family and friends wait along the side of the road at the finish line and a cold brew is ready to refresh them.

Organizers prepare all year for the event, with coordinators and crew helping people from all over the country cycle through smoothly.

The Mid South, rebranded in 2019, is in its ninth year overall. Where several downtown streets were closed in 2020 to make way for the cyclists, the event looked different this year due to the virus precautions, District Bicycles coordinated with other independent bike shops to help coordinate Mid South celebrations across North America, as well as in Europe and Australia.

Although COVID-19 changed the way the race looked and operated, hopes remain high to have a big biking turnout for 2022.

The sun set on a vibrant set of cyclists. Some departed, while others stuck around in hopes to see the arrival of Bobby Wintle, the founder of the race. He made a grand entrance, arms raised high, and even after 100 miles on a bike, the man was all smiles. Wintle stepped off the bike, embraced a fellow racer, and said, “I felt every single millimeter of that.”

The feeling of companionship continued into the evening in true cycling fashion. As Turner put it, “we like to party, cyclists.”