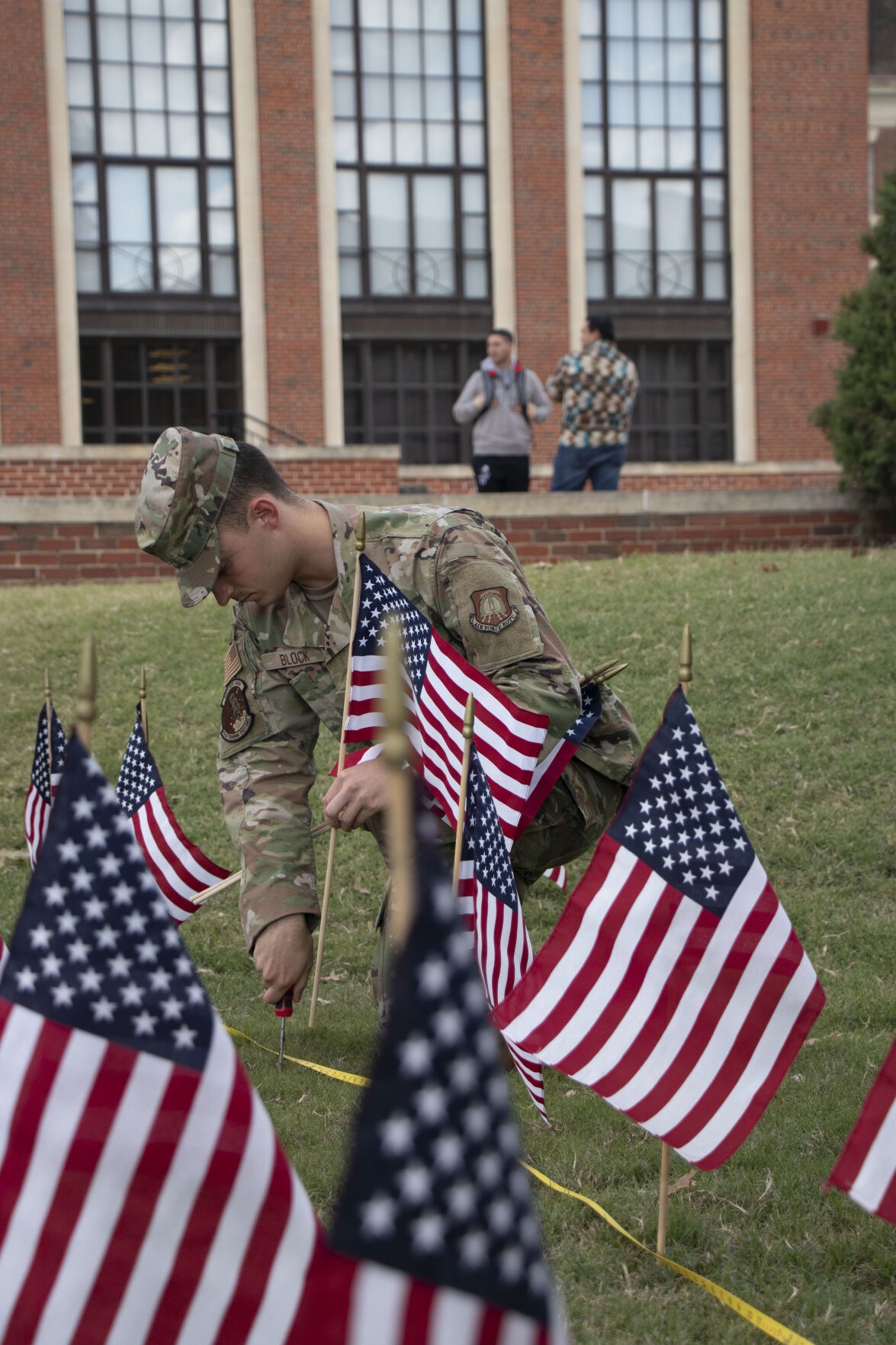 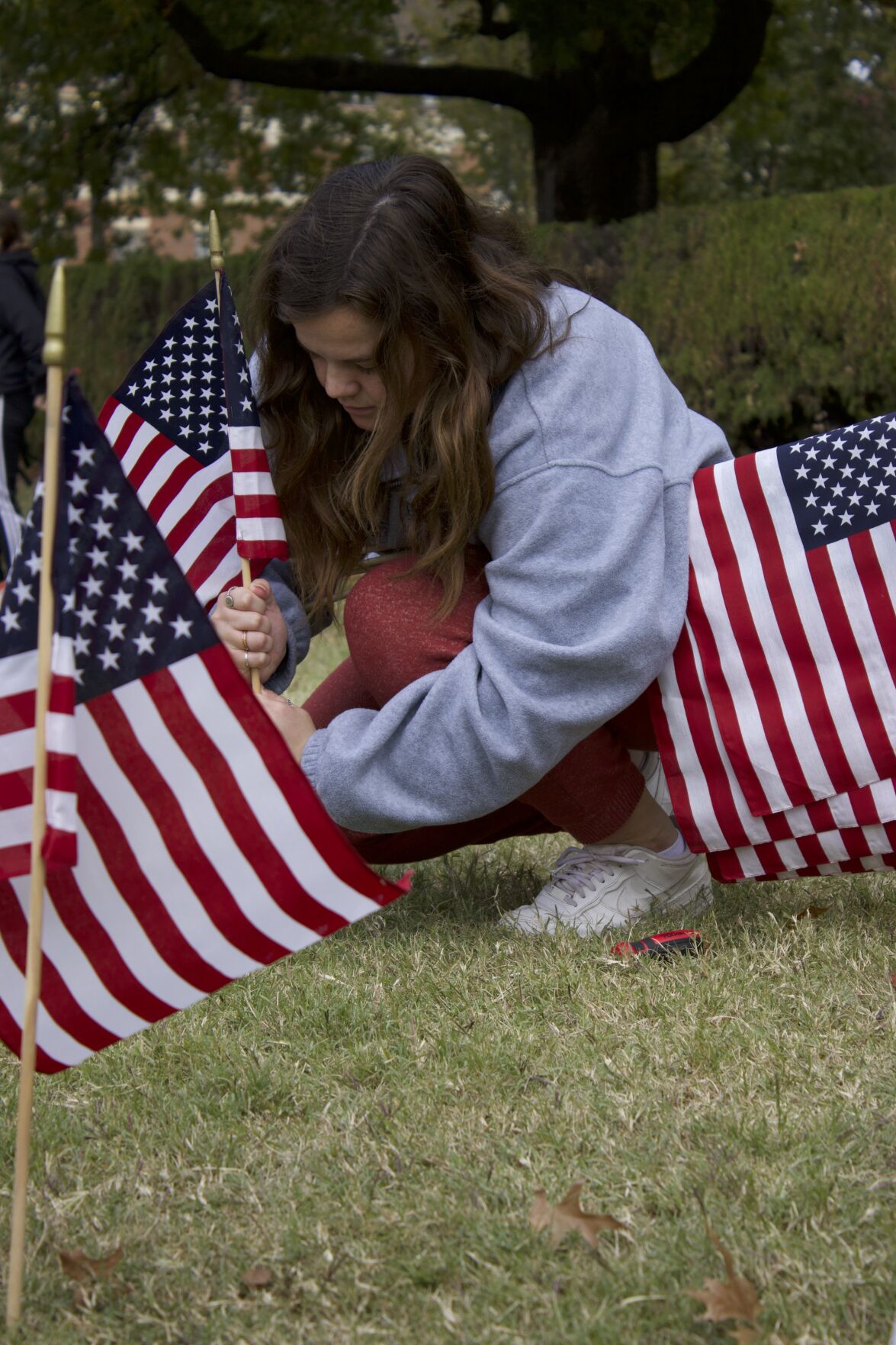 Yesterday marked the beginning of Veterans Appreciation Week, and volunteers have been planting more than 7,000 American flags on the library lawn.

Vincent Rivera, the Veteran Success Coordinator, said Oklahoma State decided to go above and beyond with its display.

After a reduced display of 780 American flags was planted during the COVID-19 pandemic last year, the full display is back in 2021. This years’ edition marks the fourth time thousands of American flags will wave on library lawn.

There is a symbolic reason for why the number of flags in the display was chosen.

“There’s a specific number for why we have 7,058 flags out there,” Rivera said. “That’s the exact number of casualties we’ve had since the Global War on Terror started.”

Rivera also said every flag on the lawn will be marked with a tag displaying the names and identifying information of the lives lost since the Global War on Terror began over 20 years ago.

Veterans attending OSU have been among the many volunteers that have helped at the event, and OSU itself has a tight-knit veteran community.

“We’re about 500 [veterans] strong,” Rivera said. “We count our family members, the dependents of veterans as part of our family, and that is an exponential number.”

Malik McGee, who served in the military, was one of the volunteers helping with the flag planting.

“It is important to me because I’ve served in the military, and I have people who have fallen that I have trained with,” McGee said. “I just think it’s important for everyone to recognize the display at the school.”

Wyatt Floyd is another volunteer helping with the display. He served four years in the Navy before returning to college at OSU.

“It’s a good way to honor those who have fallen overseas and here at home,” Floyd said. “It also is important for the families of those service members as it gives them something to look at and see that their fallen family members are being honored by OSU.”