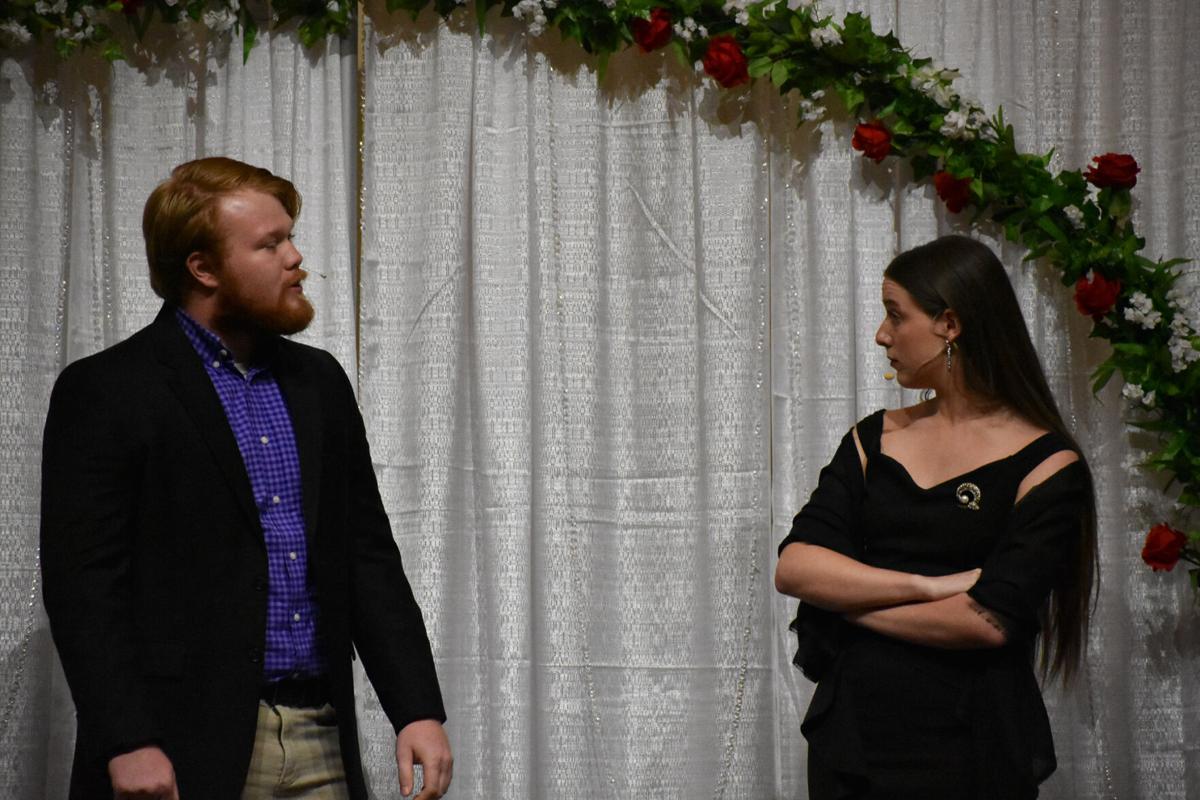 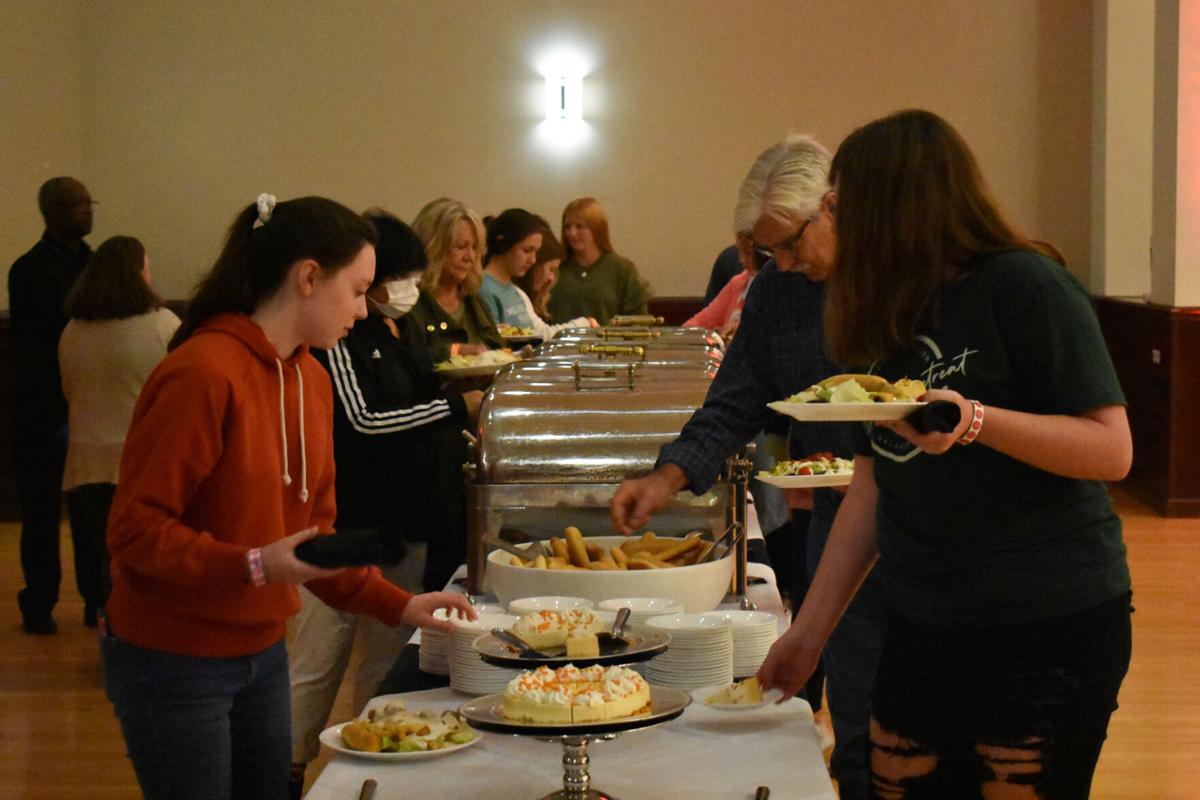 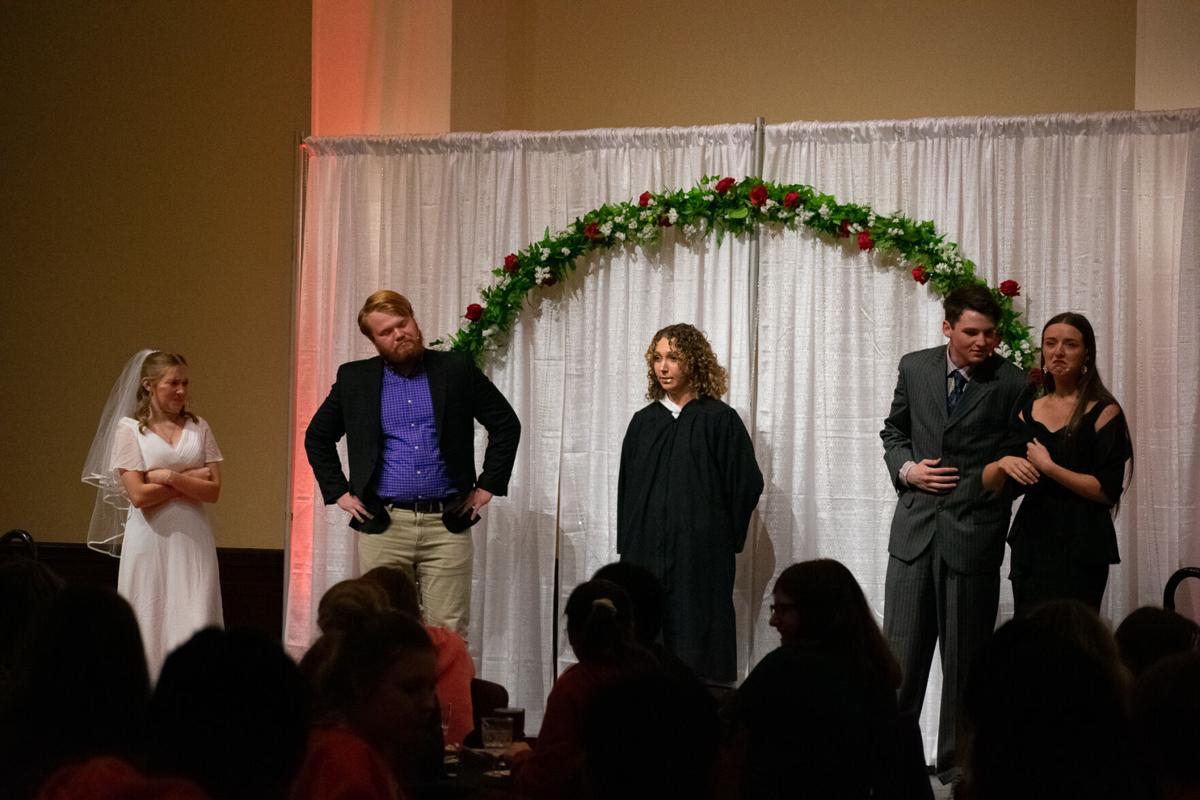 Oklahoma State students were served a dinner of salad, pasta, breadsticks and cheesecake as they watched a fake murder take place.

On Wednesday, students were invited to join the Student Union Activities Board to participate in solving the murder of a man at a wedding.

It started out as a wedding filled with a bickering bride and groom, as well as several interruptions from people who demanded the wedding to end. More and more people came in to stop the marriage, but in the end, a dead man walking through the doors put a hold on the matrimony. The wedding was put on hold to solve the murder, and the students were able to guess who the culprit was.

Bri Campbell, the talent director for SUAB, was able to help pick the theme, hire the cast, set up the decorations and decide what food the event would offer.

“My favorite part was probably the rehearsals,” Campbell said. “I really liked getting to know the cast and really watching it go from nothing to this big show where they all knew their lines and they all got to kill it.”

Ford was able to catch the bouquet thrown at the end by the bride, which was her favorite part of the event. Second to catching the bouquet was the food, Ford said.

For Hill, he enjoyed getting to vote on who he thought the killer was.

Both students said they would come to one of these events again. Ford and Hill said they enjoyed the performance.

“I walked out having a good time,” Hill said.