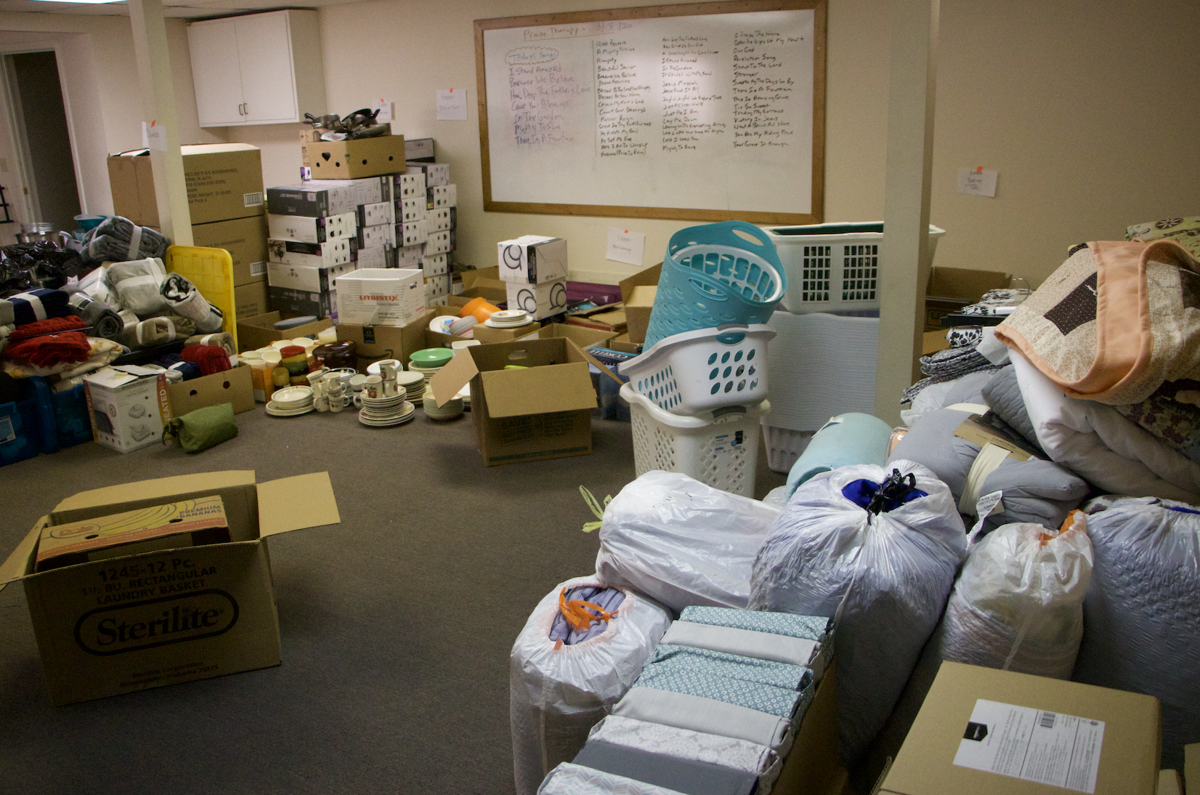 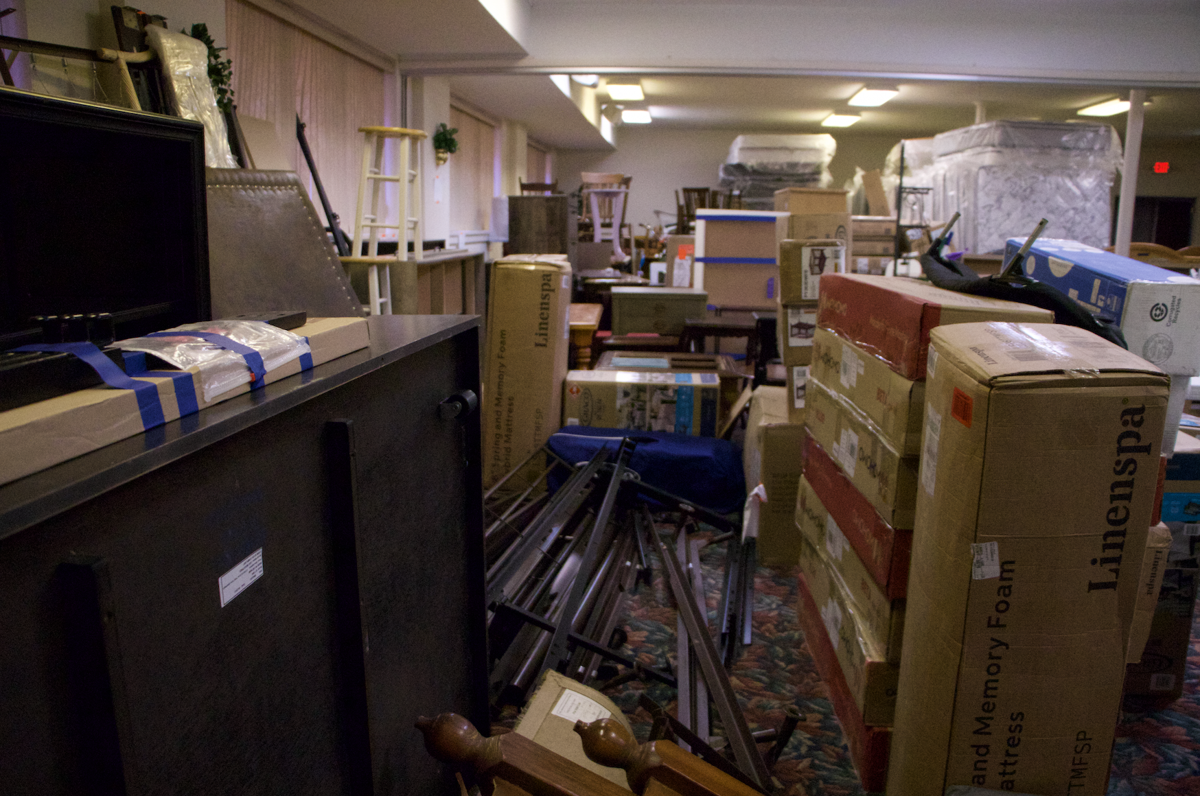 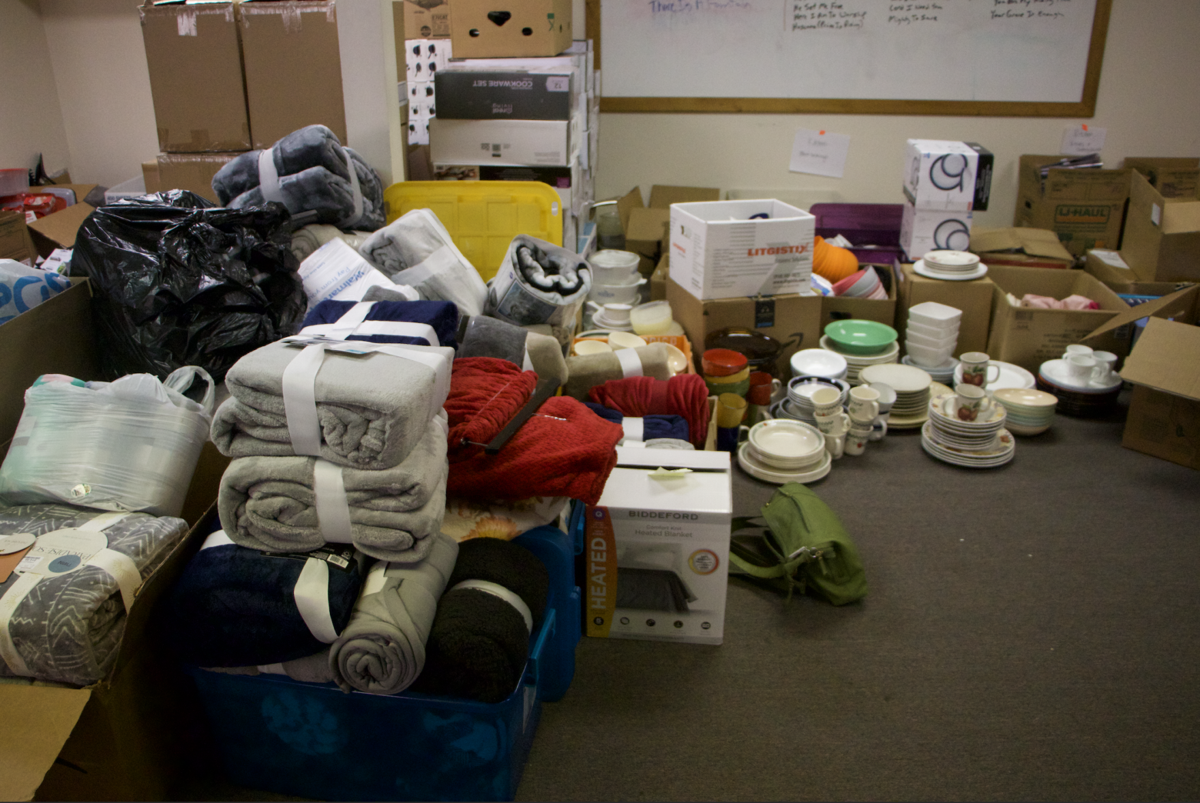 Donations range from furniture and household items to bicycles and personal hygiene products.

Donations range from furniture and household items to bicycles and personal hygiene products.

Sarah Murray and her team have sorted everything from lamps, bed frames and mattresses, to irons, dishes and cleaning supplies.

Murray is the case manager for the Afghan refugee resettlement project for Catholic Charities of Eastern Oklahoma (CCEOK) who is helping resettle hundreds of Afghan refugees throughout the state. CCEOK Stillwater is taking in 150-200 people, this is the third largest amount outside Oklahoma City and Tulsa.

For three weeks, Murray has been taking in donations at the First Baptist Church Stillwater, and is making an inventory of all items donated and with the help of her team.

“Everything has been donated,” Murray said while walking through the neatly piled boxed vacuum cleaners and stacked ironing boards.

“We haven’t spent a dime of Catholic Charities money,” Murray said. “This all has been churches, and community groups, student orgs (organizations), and individual donors from the community.”

When Catholic Charities Stillwater started to receive donations Murray said that needed to be filled was where to store the donations.

Tim Walker, the pastor of First Baptist, said the church has not gone back to doing a Thanksgiving meal or a Christmas Cantata due to the COVID-19 pandemic. When he was approached with the idea to use the extra space to house the donations, he brought the issue to the church council and they approved.

“Our church has been very receptive, very enthusiastic,” Walker said. “They've felt like while we haven’t been able to maybe get a lot of young bodies out there to help, we’ve been able to provide space.”

Donations are steadily coming in and not only from the Stillwater community or within Oklahoma. A sister church to the Cimarron Christian Brotherhood in Perkins, drove from Illinois to deliver 40 new vacuum cleaners.

Those who will be staying in Oklahoma State’s vacant graduate housing will have some furniture offered by the university. However, about 15 living spaces will have to be furnished from scratch.

The date for the refugees to begin to arrive has been pushed back due to finalizing a housing contract to later in the month. Murray said the her team is getting everything ready to be moved.