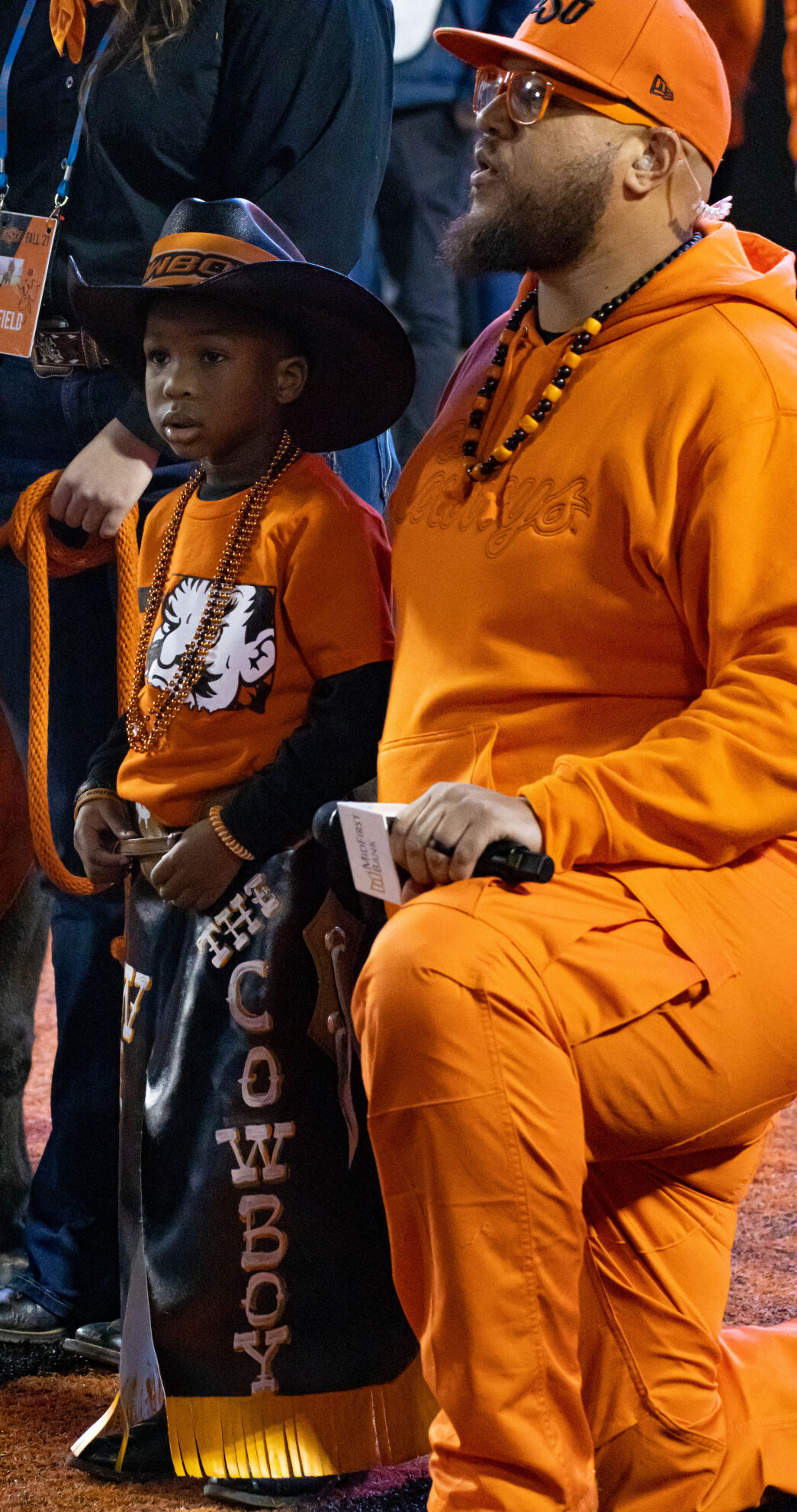 Les Thomas Sr. has known Warren Clay all his life. 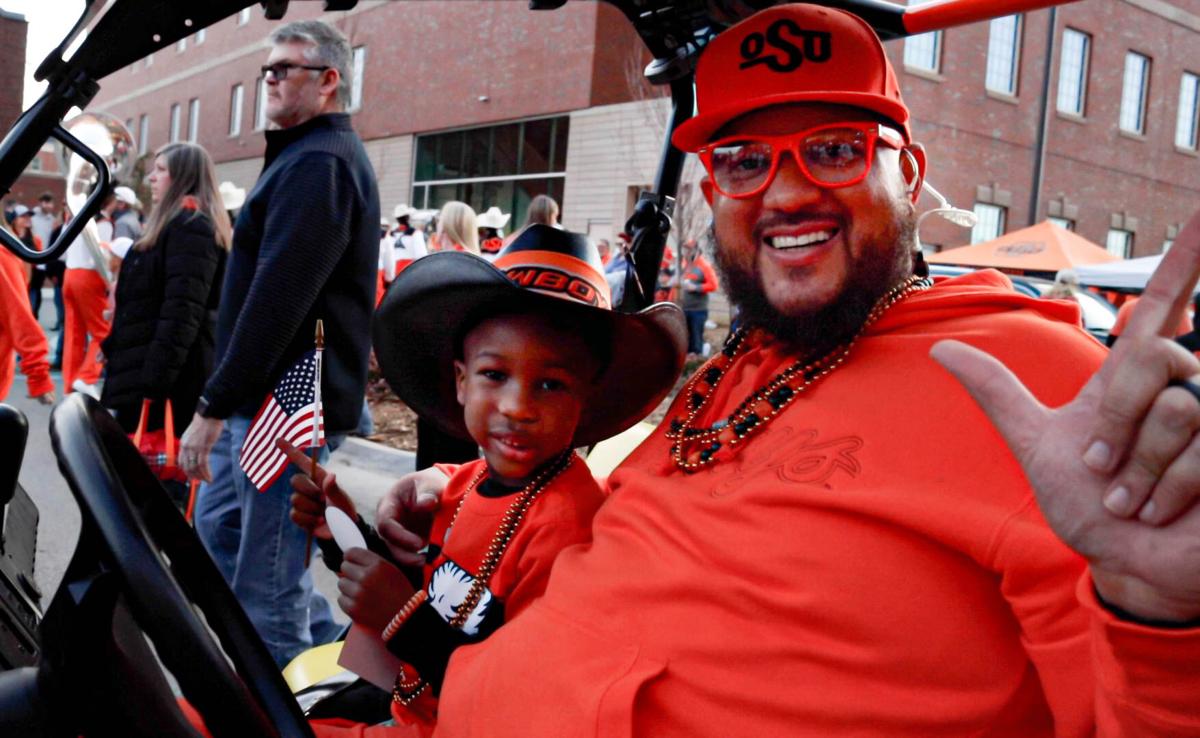 Warren Clay has been well versed in all things Oklahoma State before his first gameday appearence. 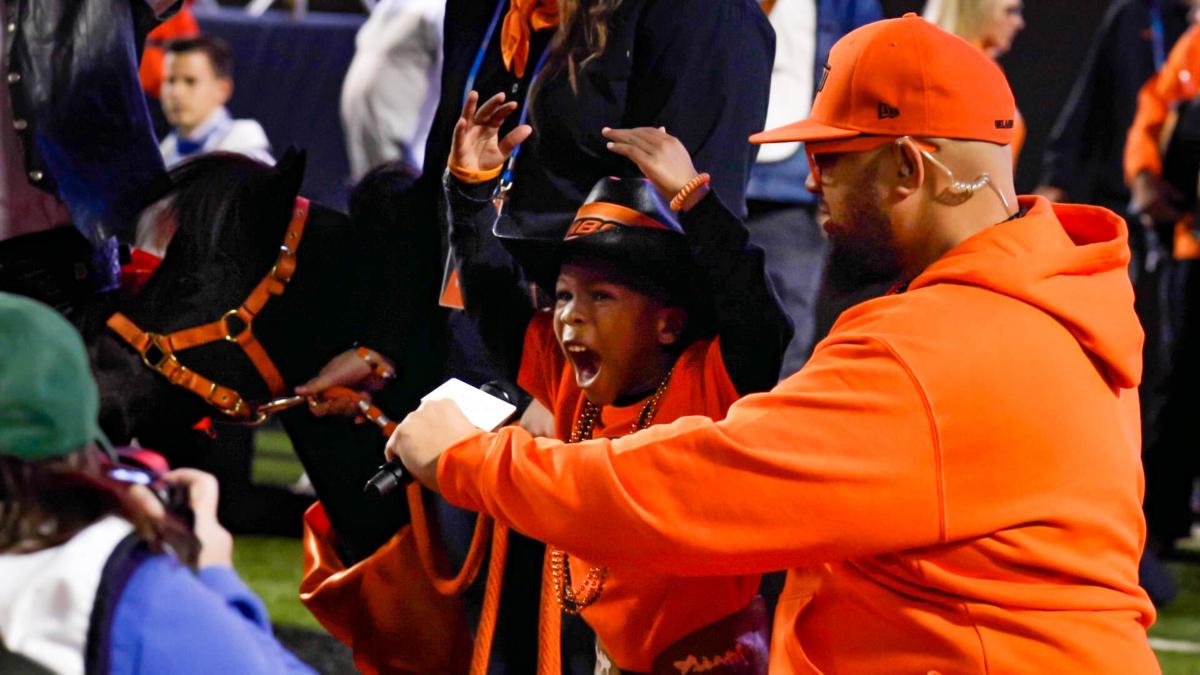 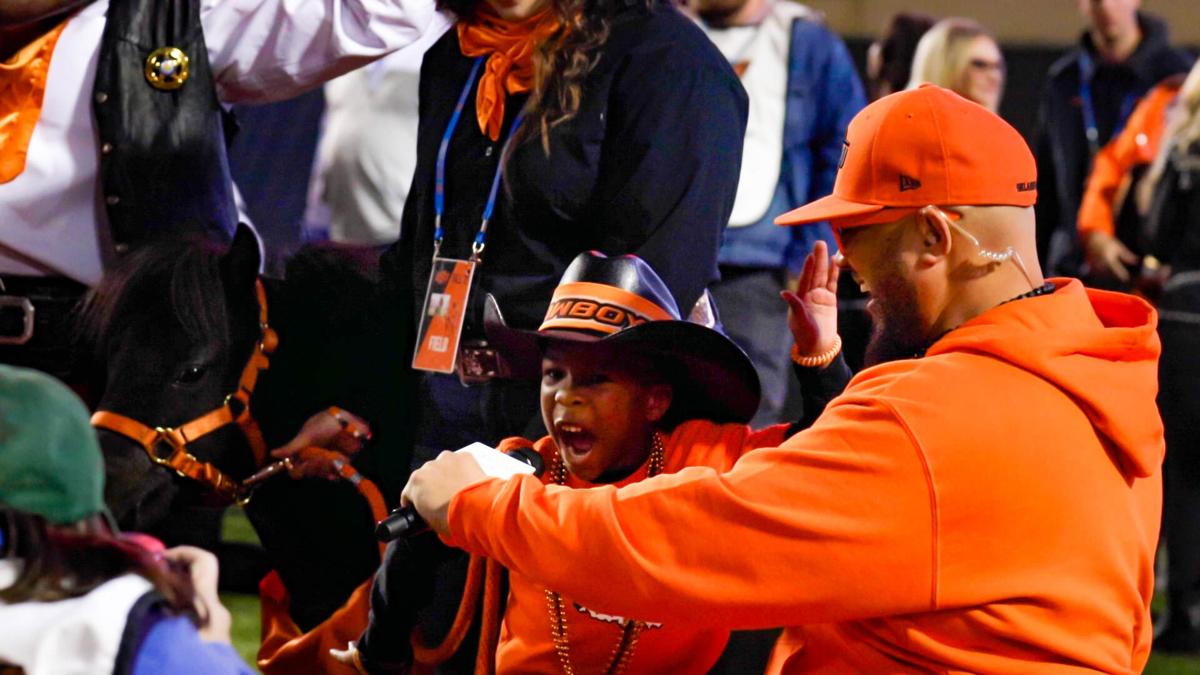 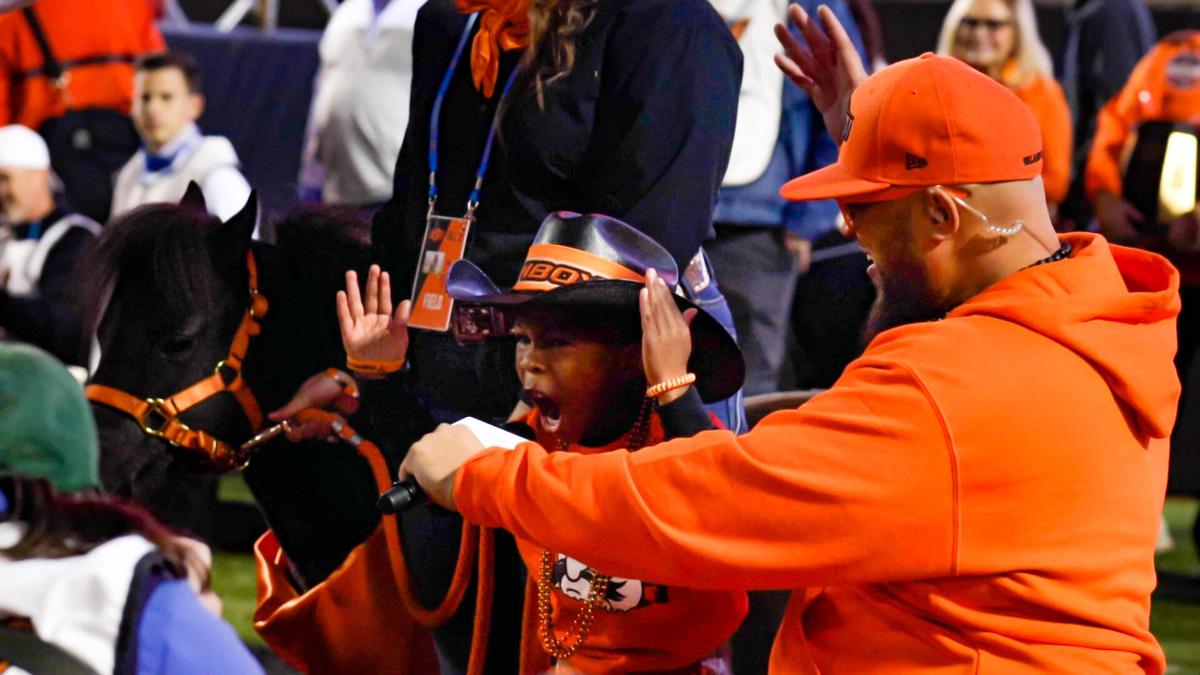 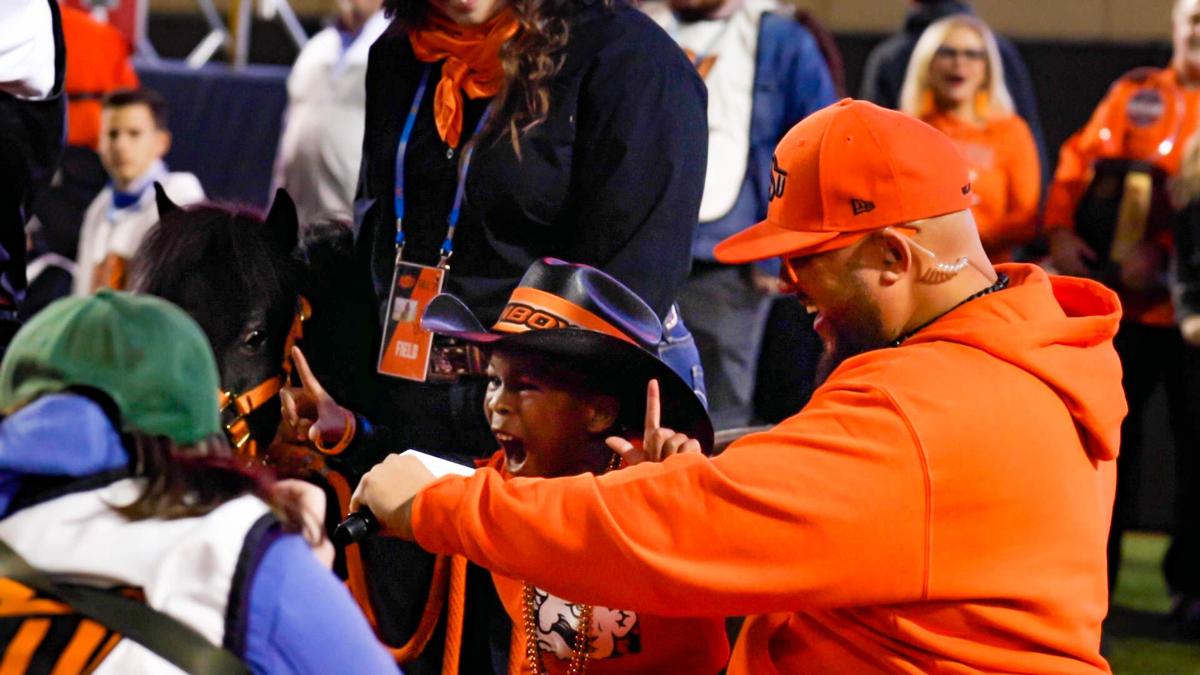 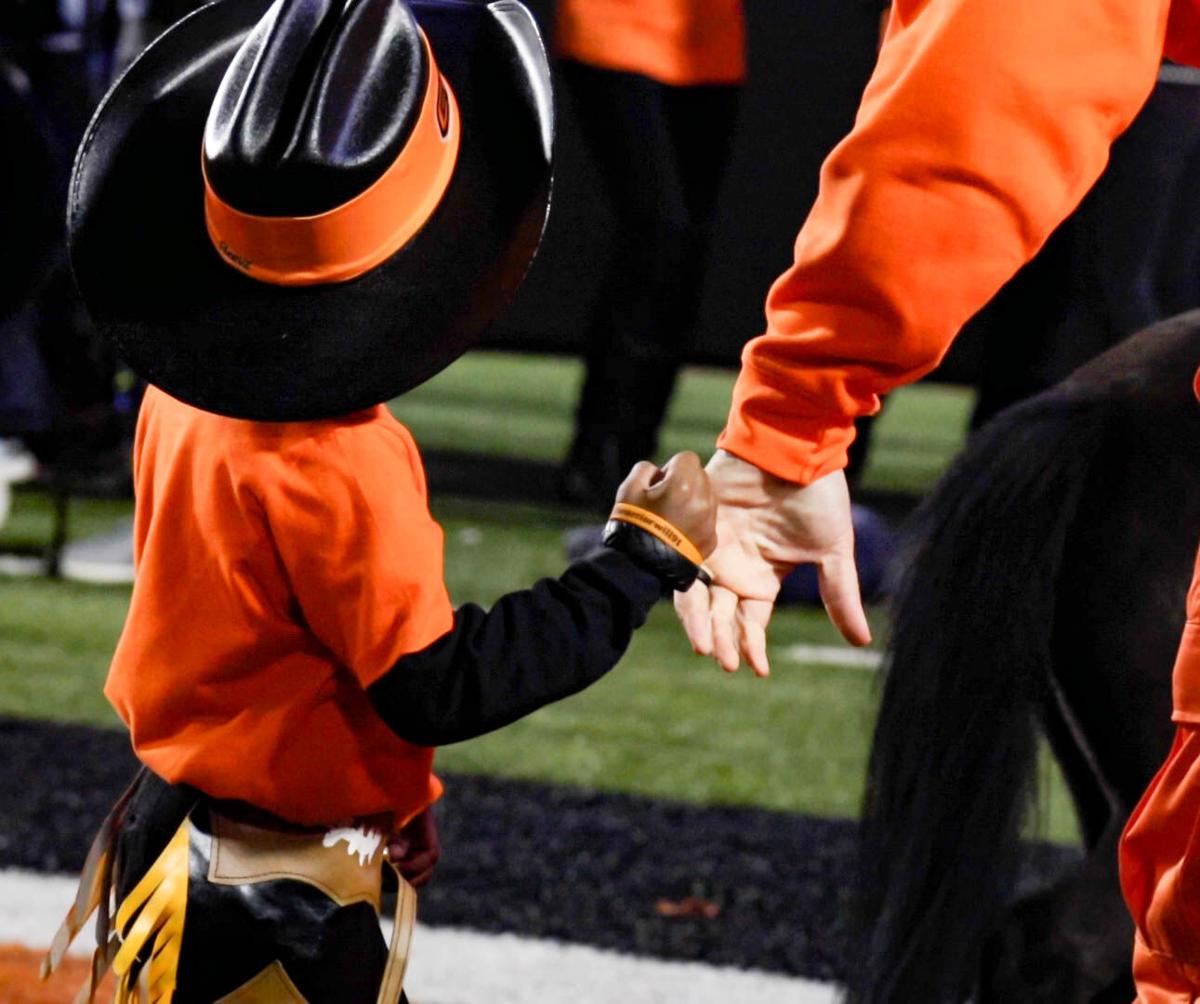 Les Thomas Sr. has known Warren Clay all his life.

Warren Clay has been well versed in all things Oklahoma State before his first gameday appearence.

Oklahoma State has its newest hype man, and his name is Warren Clay.

Four-year-old Warren Clay, commonly known as “Warren the Cowboy,” became an OSU sensation at this year’s centennial Homecoming football game against the University of Kansas. Warren stepped out onto the field with the current gameday host and "hype man," Les Thomas Sr. at Boone Pickens Stadium during a timeout in a pair of black chaps and a matching cowboy hat and led the crowd in one of OSU’s most famous cheers.

Framing each letter with his arms and throwing up his hands to form two pistols firing, Warren screamed “O-S-U Cowboys.”

Boone Pickens’ sea of orange instantly erupted in applause and shouts of support for Warren, everyone in the stands rallied behind the young cowboy. Warren has gained fame among OSU fans in the weeks since OSU Football’s Homecoming performance.

Through all the excitement of the weeks since the Homecoming game, Warren has been accompanied by his parents, Rob and Brittany Clay, who have been supportive of Warren’s new role from the beginning.

“It was a historic day for the school with the centennial and all of that, so I thought it was awesome,” Rob explained of the Clays’ reaction to Warren being invited to hype up the Homecoming crowd.

Although Rob is originally from North Carolina, the Clay family – including Warren – are longtime OSU fans and have followed OSU Football for years. However, the Clay family had a new reason to support OSU when one of Warren’s older brothers, Collin Clay, began playing for OSU Football last year.

“Of course, you know, with having a son playing now as well, it has made it even sweeter,” Rob said.

Since the Clay family are longstanding OSU fans, Warren was well versed in all things OSU even before his appearance at the Homecoming game. Looking back on his experience leading the chant in front of thousands of people, Warren has a top moment from his first appearance on the field.

“He has said repeatedly that his favorite part of the game was meeting Pistol Pete,” Brittany said.

Warren’s newfound stardom has made him a celebrity at school, secured him a meet and greet at Chris’s University Store, and even landed him clothing with his picture printed on it.

“Everywhere we are, everyone is recognizing Warren," Rob said. "The meet and greet was awesome. There were people coming up to talk to him, take pictures with him. Just recognizing him being ‘Warren the Cowboy.'"

Warren has also become popular on social media platforms like Instagram where Rob and Brittany run the @warrenthecowboy account. Here, Warren’s parents post updates about the young star’s adventures as “Warren the Cowboy” and cheer on OSU. Including his most recent appearance at the Bedlam football game.

The Clays were excited to attend the Bedlam game with Warren and are going to continue to support OSU in whatever way they can.

“Whatever happens next, whatever becomes of what (Warren) is doing, we are just excited and ready to embrace it,” Rob said.