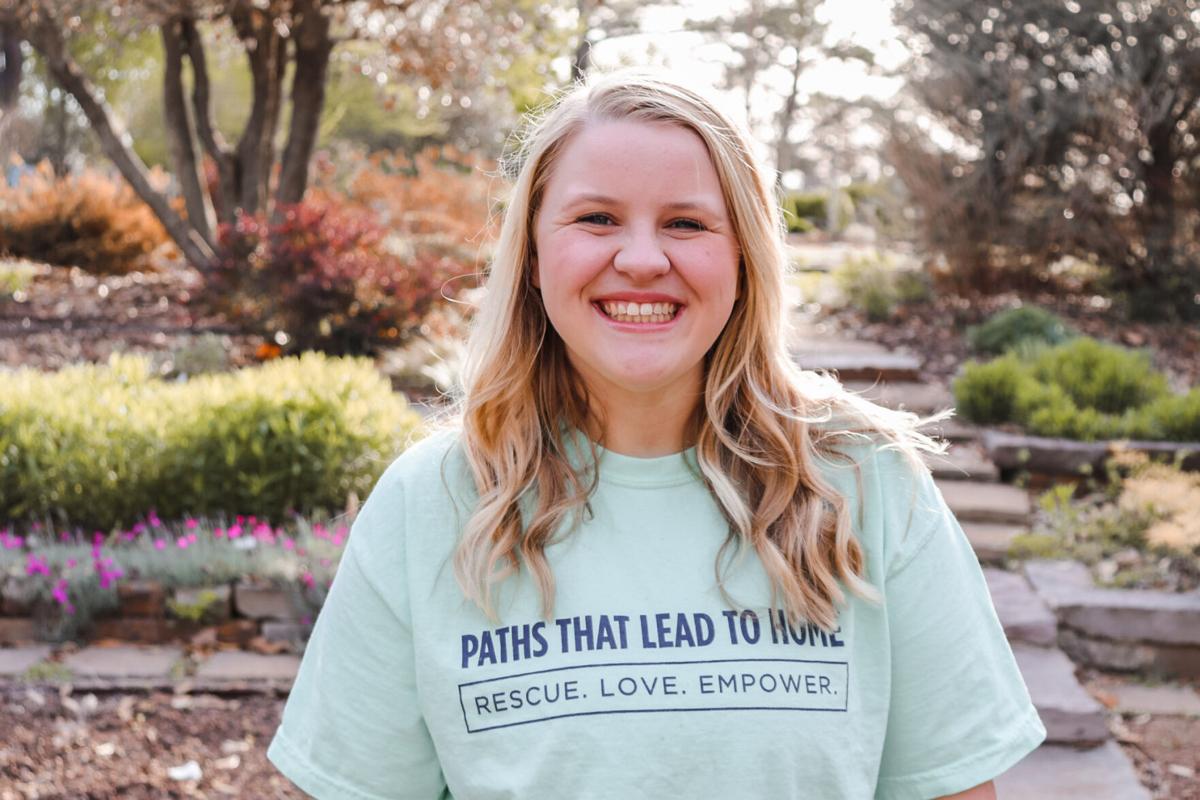 In 2014, Arthur walked through the bright orphanage and a sense of resilience left a lasting mark on the then 14-year-old.

Arthur, who is now an applied sciences senior, was feeling nervous about her first semester of college in 2018. However, she was also eager because this is the summer she would reconnect with the children from the orphanage in Fonds Parisien. But when Arthur arrived in Haiti and stood in the same building, she barely recognized it.

“My first time to Haiti I was 14, so that was the first time I had come across this orphanage,” Arthur said. “All the kids at the time were doing super well, and there was a local missionary who was taking care of them and feeding them and the kids were healthy."

Arthur said when she returned in 2018, the missionaries left a couple of years after her first visit, and during her second visit there was no one to go in and help the orphanage.

“When I saw those kids, it’s just like you know that you have to help them, and I asked around,” Arthur said.

Arthur said she did not want to start something similar to an existing program because then, she would be part of that organization. However, she said there was not a lot of help in this part of the country where the orphanage is, so she decided take action.

The process was not short or easy. Arthur said she thought about the abandoned orphanage constantly. She made the decision to go back to Haiti in 2019 and said she sincerely hoped someone else had stepped in.

In her mind, someone needed to help those children, so Arthur stepped up. After all of the paperwork was finalized in 2019, they held a Christmas event for the children where they received clothing and gifts. In the first month of Paths That Lead to Home being an official organization, Arthur began a child sponsorship program with 15 sponsors. Today, there are 38 people who sponsor the children. Donations are also wired to the children’s home director every month for food, vitamins and more.

Arthur said she does not plan to slow down her mission of helping children in Haiti any time soon. However, she reminds herself to conquer one need at a time while focusing on the overall goal of Paths That Lead to Home.

Arthur said she and her team are working toward getting each child who comes into their care back on his or her feet. One of the main pillars of their organization is social reintegration. Those involved want these young people to grow up and have the opportunity to pursue college, attend a trade school, reconnect with family, live a healthy lifestyle and more. She said they want the children to be able to support themselves and be contributing members of the Haitian community.

“They’re very delayed in their education, in their social skills. A lot of them have a lot of trauma,” Arthur said.

Most of the children come from challenging situations. One child’s story specifically sticks out to Arthur when she thinks about the children’s home in Haiti.

“Some of them were just abandoned after the 2010 earthquake,” she said. “My sponsor child, his name is Sammy, and he was 2 when I first met him in 2014, and now he’s like 8 or 9. He was abandoned on the side of the road after the earthquake.”

Sammy’s story is just one of the backgrounds from the children. Despite the obstacles, Arthurs said helping them have a future that is full of hope and opportunity is Arthur’s main priority.

“Right now, especially with COVID hitting — with any organization probably, I feel it’d be this way — donations are very hard to get in,” she said. “Paths That Lead to Home is 100% donation-based, so 100% of the money that we receive goes towards the kids. Things like our website and all of our marketing and things like that, I spend my own money on that so all the donations can go towards the kids.”

Arthur works at a local chiropractic clinic. She’s also working on finishing her senior year at OSU and applying to different chiropractic colleges. She said juggling the stress of life after graduation is a common occurrence for her as well.

However, Arthur noticed on several occasions how different her college experience has been compared to others since she started her nonprofit as a freshman.

“Juggling work and school and the organization as a whole has caused me to have to prioritize things and realize that I can only spend so much time on things,” Arthur said. “Time management has been huge… I am responsible for all 25 of the kids that we have, making sure that their needs are met, and that is a lot of pressure. I don’t think people realize that. I’ll post things on social media just on my own like, Facebook page or whatever, and I don’t think people realize the extent of what I’m having to do.”

Some college students are not worrying about a meeting they had with their accountant who made a small error on their nonprofit’s tax return, or the several steps needed to be taken with the IRS to fix the mistake.

Arthur loves what she does, though. When she thinks of the orphanage in Haiti and how she’s actively helping it be restored, Arthur said she knows in her heart that she would never choose any other path for herself — no matter how busy it may be.

Although Arthur's schedule may be different than her fellow students, it intrigues her to hear about their and what they do with their free time in comparison to her life outside of school. She does not have time to other things outside of her schoolwork and running the organization, but Arthur said she believes everyone prioritizes things in their lives differently.

She said one of life’s biggest, and often most complicated, tasks is figuring out what one’s priorities are for themselves. Although some students go on weekend trips participate in other activities, Arthurs schedule looks different.

“The weekend is my time to clean up for the next week," she said. "I do a lot of my zoom calls for the organization on Sunday’s, and that’s my time to do all that stuff, and so again, that time management plays a lot into it. The kids our age are solely focused on school and then work and then they have all this free time, and I don’t see a lot of free time in my schedule…It’s interesting for me to see the priorities of other kids when I obviously have mine, but I’m like, ‘Wow I cannot believe you get to do that on Friday night,’ you know?”

Arthur’s college experience is unique. Some students may be dreaming about an internship in New York or a study abroad to Scotland, Arthur is in thought about the next time she will get to visit Fonds Parisien.

“I’ve been to Haiti multiple times,” Arthur explained. “I knew since the first time going to Haiti that Haiti would forever be somewhere I would go travel to and create friends and just go visit and contribute to.”