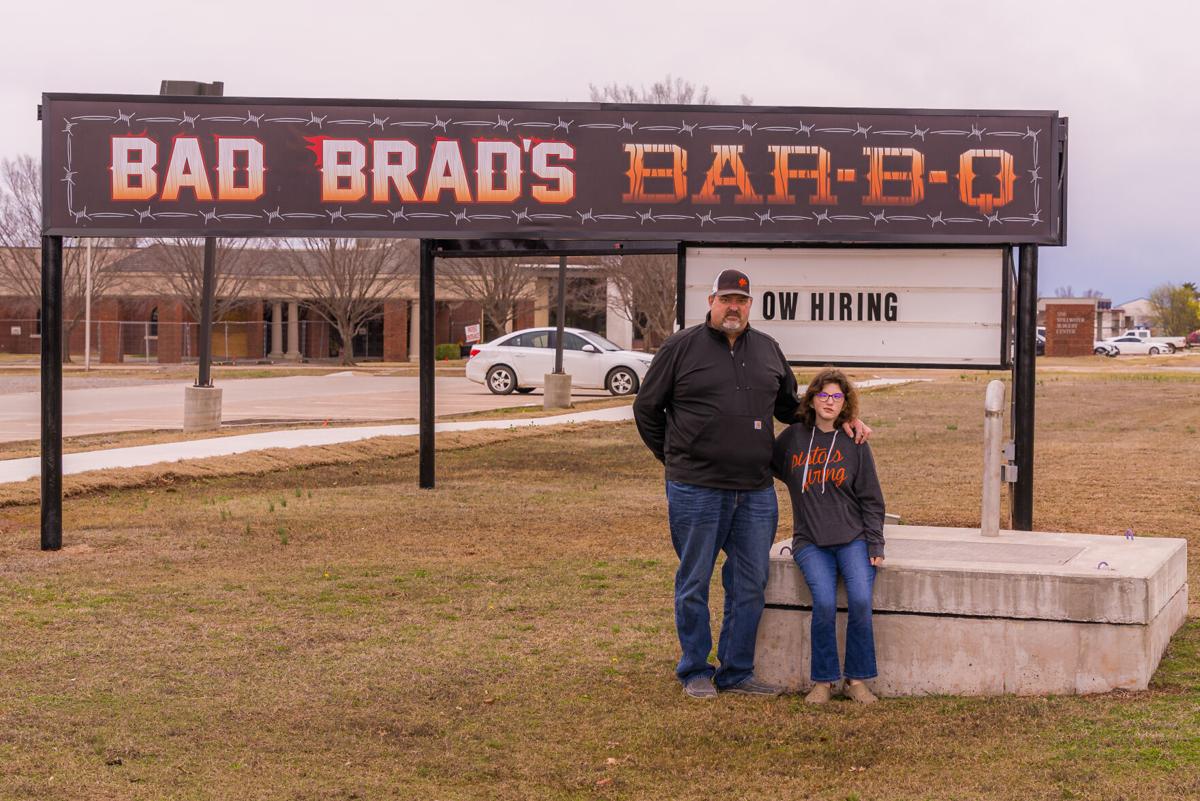 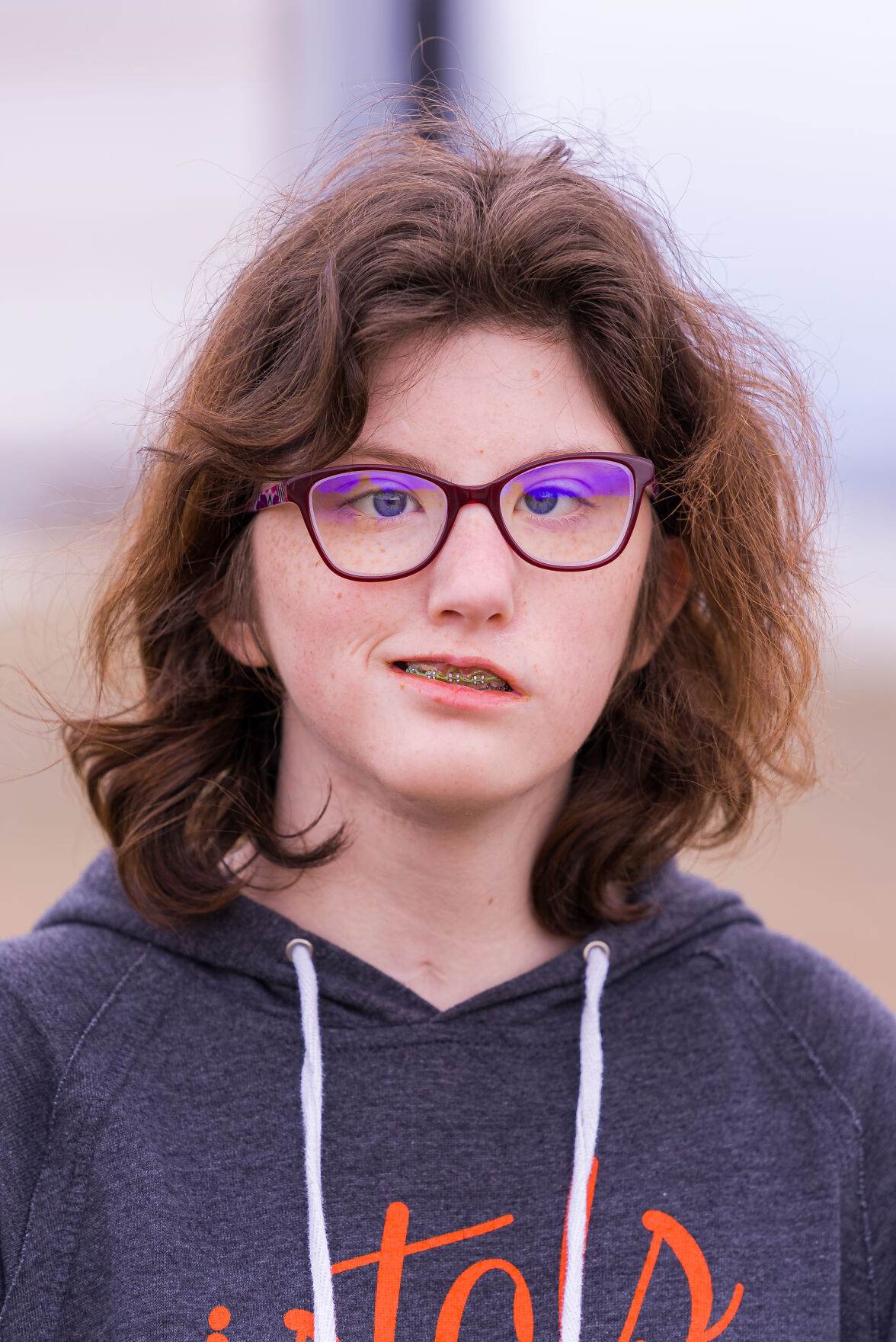 Zayne Herron lives with a condition known as Moebius Syndrome which can affect facial features and speech.

Zayne Herron lives with a condition known as Moebius Syndrome which can affect facial features and speech.

When Zayne Herron’s 21st birthday celebration turned into a new company policy, tears were shed, drinks were spilled and feelings were hurt.

The OSU student’s first alcoholic drink was a classic margarita, enjoyed at Bad Brad’s Bar-B-Q on 6th Avenue during a celebratory night out with her father, Hunter Herron.

Yet when Zayne and her father returned roughly two weeks later along with a family friend, things were different. Much different.

The bartender was the same who had served them previously, but this time the employee clearly stated that Zayne could not be served alcohol. When Hunter questioned the statement, the bartender stated it was “company policy.”

“We had barely sat down –– and it was the same bartender from two weeks previous –– comes up and goes, ‘I can serve you two (gesturing toward Hunter and their family friend), but I can’t serve her (pointing at Zayne),’” Zayne’s father said.

Hunter said he asked the bartender multiple times about the details of this policy, but continuously received the same answer again and again.

Zayne knew there was more to this than “policy.” It was about her appearance. Zayne lives with a condition called Moebius Syndrome which affects facial features and can cause facial paralysis.

The decision at the restaurant was tied to this condition.

“Having Moebius Syndrome has affected my life by making it harder for me to communicate with my speech problems,” Zayne said. “I have gotten used to the stares and the questions about it, so I am really open to answering anybody’s questions about me.”

Zayne recalled the night clearly and described the feeling of being refused service.

“Being at the bar and being refused a drink really mind-boggled me,” she said. “Deep in my mind, I worried about the reason I wasn’t being served was because of my disability, but disregarded it because I thought better.”

As the situation escalated and her father tried to get to the root of the issue, Zayne felt anxiety creep in as the all-too-familiar feeling of judgment began to sink in.

“When the workers and bartender and general manager kept mentioning that was policy, I could feel myself start to feel anxious,” Zayne said. “Our family friend, Becky, kept distracting me by asking about school and my hobbies to get my mind off what was going on.”

Hunter asked to speak with the owner, Vernon Wilson, but was told Wilson was not present. After some time, other customers began wondering why Zayne had not been served and even offered to buy her drinks in an effort to end the commotion.

Eventually, the manager approached to speak with Hunter, who was still seeking clarity among the confusion, something beyond general references to a policy.

The manager then took Zayne’s ID and went to the back of the restaurant, before returning to inform the party that she had the OK to serve Zayne, and did so.

Wilson arrived to apologize to Zayne and her father, but things did not go as expected. According to Hunter, Wilson claimed it was against state law to serve a mentally handicapped individual an adult beverage.

At issue, however: Zayne is in no way mentally handicapped.

The party stepped outside to discuss the situation with Wilson. Zayne recalled the confrontation and described an air of insincerity coming from Wilson.

“When we got outside, I don’t even know if he said anything yet, I spilled my tiny margarita cup on the ground by his feet then just started telling him that what he did really hurt, assumes a lot about his character, that he shouldn’t have made that assumption in the first place,” Zayne said. “Then I basically went quiet because I didn’t want to speak to him anymore. I was too hurt and everything he said to me felt like it wasn’t true.”

Wilson released a statement to The O’Colly, which included:

“I have personally apologized to the customer involved in this incident and her parents and, on behalf of Bad Brad’s Bar-B-Q, we hope our community and those with (Moebius Syndrome) accept our public apology.

“None of the owners or employees of our restaurant were aware of (Moebius Syndrome) but we are now. This particular instance involved our refusal to serve alcoholic beverages to an individual after mistaking a customer for possibly having a mental disability.

“Serving anyone with a mental disability is a strict violation of Oklahoma’s alcoholic beverage law (37A O.S. Sec. 6-121) and it is strictly enforced by the Oklahoma ABLE Commission.  It is a matter of public safety and a crime with severe penalties.

“We now know we made a mistake and have owned up to it. The anger directed at us for the mistake we made in this situation is understandable.

“… In light of this mistake, awareness rather than a public fight should be the answer here.  As a small business, we can only do our best with what we know, especially with matters involving public safety like the services of alcoholic beverages.

“Now that we know about (Moebius Syndrome), we will do our best in the future to better serve those with it in our community. We hope this article helps bring awareness to those affected by (Moebius Syndrome) so that this does not happen to this young lady or anyone else again.”

“No person shall: Sell, deliver or knowingly furnish alcoholic beverages to an intoxicated person or to any person who has been adjudged insane or mentally deficient.”

Smoot explained proof of adjudication is needed in order to use this specific law as a reason to refuse service. He was clear in stating that businesses are free to have their own private policies, adding, however, state law shouldn’t be blamed for private or personal policies.

“Unless you have some policy that you’re going to fall back on, don’t blame it on the state law,” Smoot said.

The Herrons blame Bad Brad’s and those involved for a bad night that continues to create stress for a young woman who experienced a lifetime of distress from her disability.

Throughout the entire evening, Zayne struggled to believe what was actually happening, saying the evening took both a mental and emotional toll.

Will she ever return to Bad Brad’s?

“I may go in the future because I also believe everyone deserves second chances and hope he learns from this because nobody deserves to feel like I did or have this happen to them,” Zayne said. “For now, I don’t think so because the memory is too fresh in my mind and still hurts.”