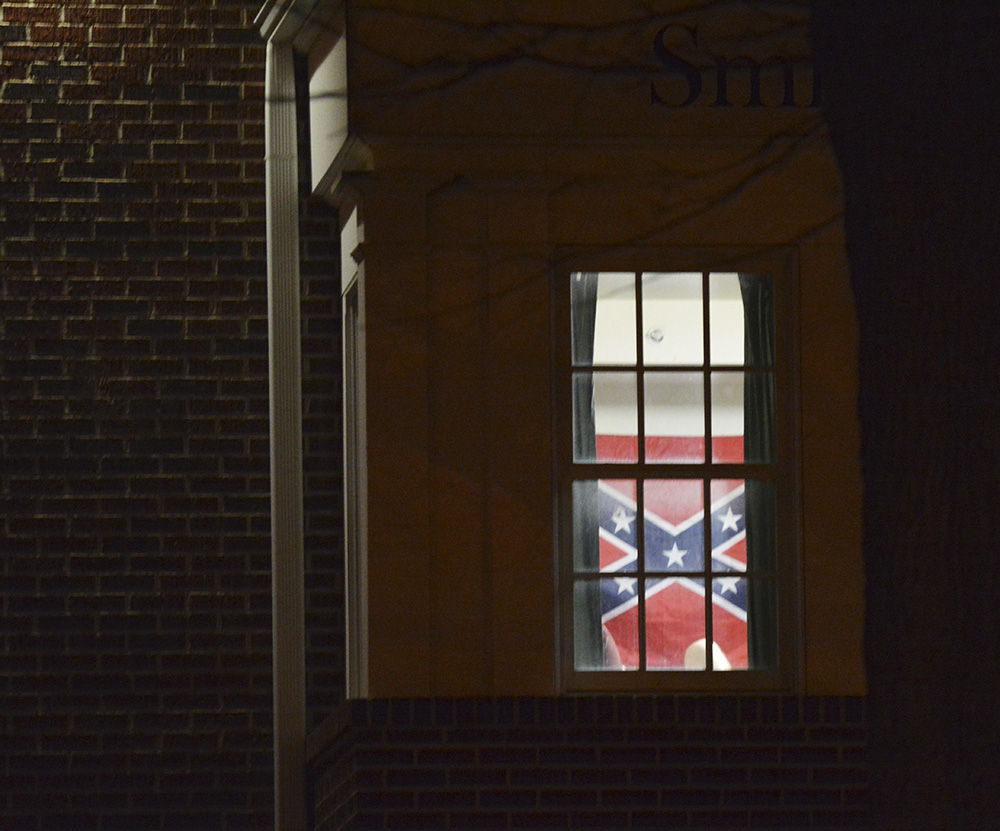 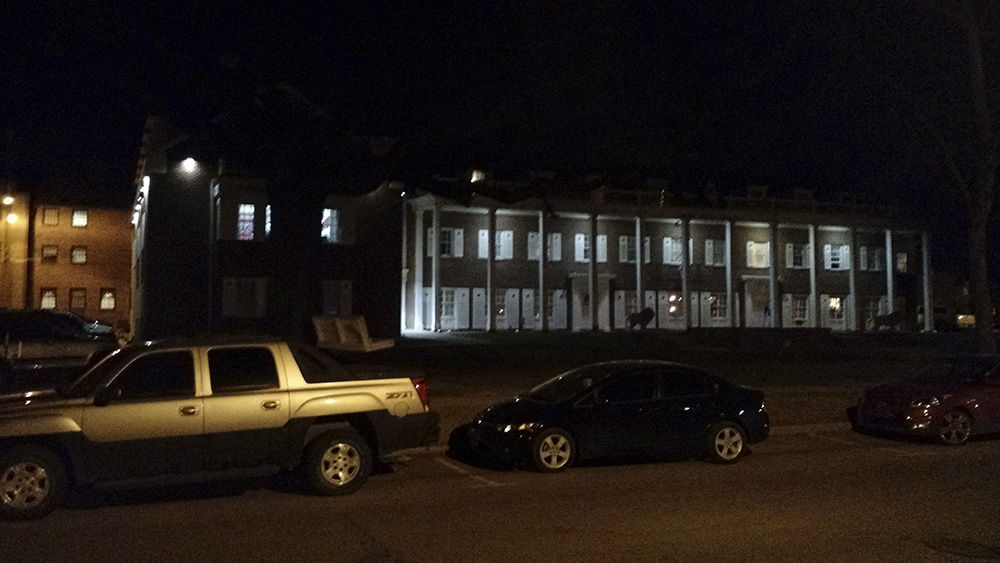 The same evening that University of Oklahoma's Sigma Alpha Epsilon came under fire for a racially charged viral video, a Confederate flag was visible hanging in a window of Oklahoma State University's SAE house.

The OU chapter of Sigma Alpha Epsilon was disbanded and all members were suspended Sunday night.

The O’Colly reached out to members of OSU's SAE chapter for comments on the video.

Chris Bringaze, OSU SAE President, said in an email that the video did not represent SAE’s values.

“Sigma Alpha Epsilon is aware of the video and is both shocked and appalled at what we have seen,” Bringaze said. “Those types of behaviors are not consistent with our values whatsoever.”

However, at OSU’s Sigma Alpha Epsilon house, the Confederate flag could clearly be seen hanging in a room through an open window on Sunday night. It was plainly visible from the sidewalk across the street.

The Confederate flag has been considered a controversial symbol since its adoption as a battle flag in the Civil War. It has also been used by the Ku Klux Klan and opponents of desegregation in the 1960s.

Bringaze addressed the flag in a statement via email.

“A brother who lives in our house displayed the Confederate flag in his personal room,” Bringaze said. “Sigma Alpha Epsilon does not endorse the Confederate flag nationally nor do we endorse it as a chapter. In addition, the flag has never been a symbol of our fraternity. My fellow chapter leaders and I have asked the brother to remove the flag from his room.”

Clarke Maxi, president of OSU National Pan Hellenic Council, said that although the Confederate flag is often flown in the south, it can carry a different meaning for African-Americans.

“We realize that the use of the Confederate flag is frequently used in the south,” Maxi said. “However, one can understand how it can make the African-American students here feel uncomfortable.”

Cameron Watkins, president of OSU’s chapter of NAACP, said the flag being displayed was in poor taste.

“It is unfortunate that in the wake of these events the SAE house at OSU would blatantly display a Confederate flag in clear street view in their house,” Watkins said. “Knowing the history of the Confederate flag, it seems foolish and disrespectful to (the) human race.”

Column: Why we reported on the Confederate flag at SAE

Saturday — 50 years after nearly 600 civil rights marchers were attacked and beaten by state troopers outside Selma, Alabama, for believing th…

Delance decommits from Oklahoma after video of racist SAE chants

Racism is world-changing, and it has gripped another victim.