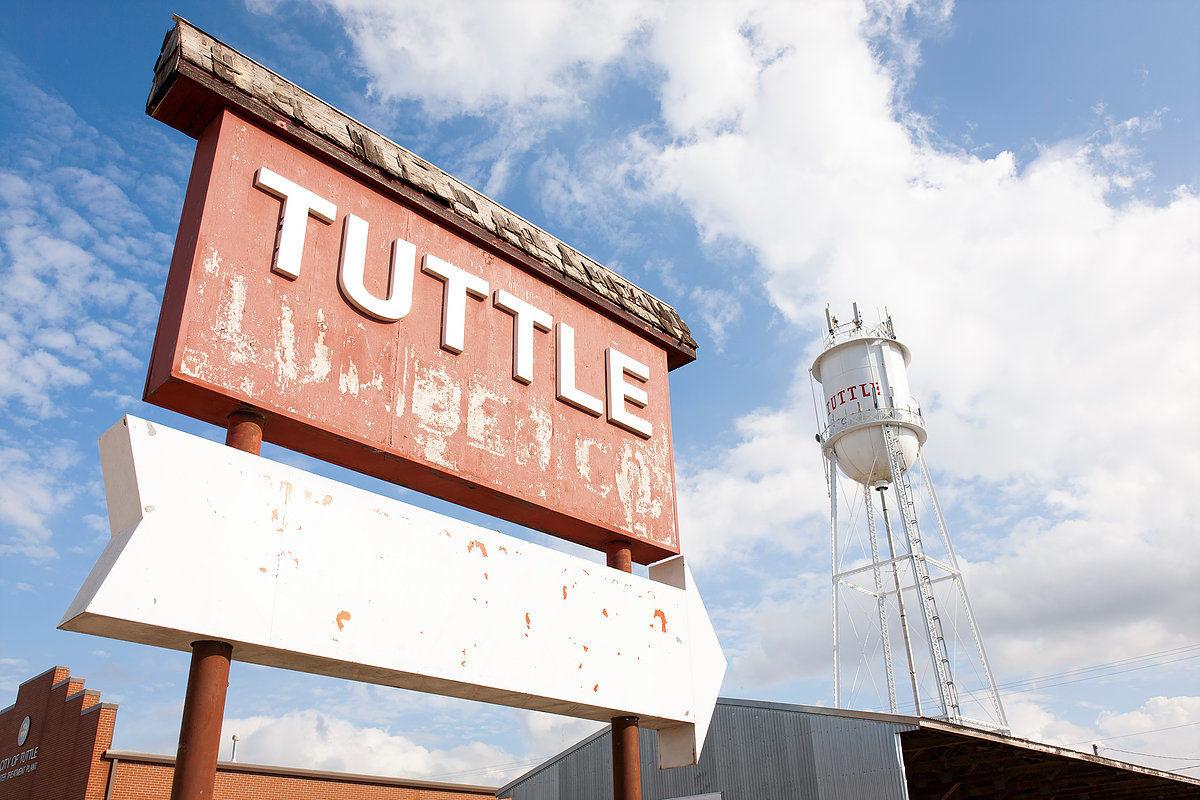 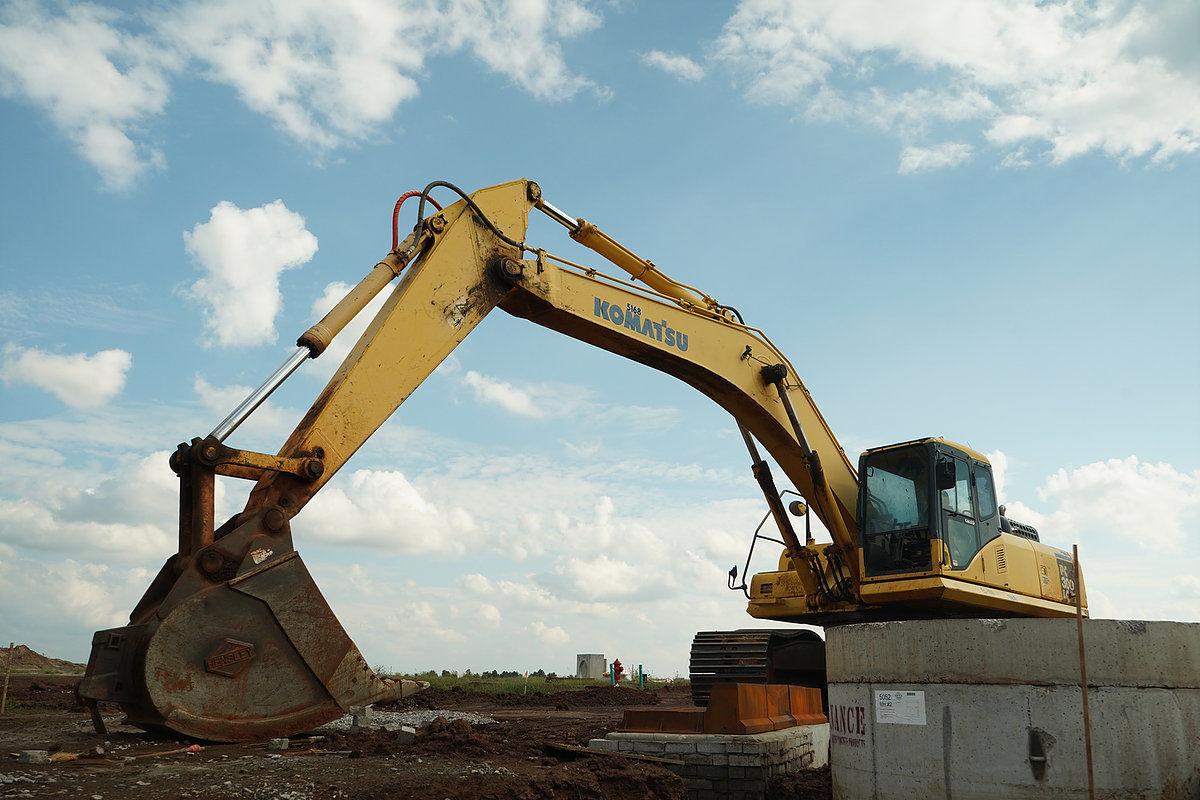 OKLAHOMA CITY— Residents remember a Tuttle entirely untouched by the effects of urbanization and the Oklahoma City metropolitan area.

Tuttle City Manager Tim Young has experienced the growth of his and other neighboring small towns at a rate that feels overwhelming.

“50 years ago, Tuttle would have been your typical small town farming community, isolated from any larger city,” Young said. “Even though it had a smaller population, it had a thriving business district and a very close knit community.”

Changes in transportation allowed for Oklahoma City to reach the doorstep of these once rural towns. Tuttle’s connection to the metro was created when State Highway 4 established a direct route between Tuttle and Mustang, a city that had felt the effects of urbanization in the ‘60s after the introduction of the interstate highway system.

OKC’s expansion began in the ‘50s and ‘60s with thoughtful planning that provided the city with room for growth and a strong sales tax income base. OKC planners pushed to annex land along strategic corridors surrounding what would later become a part of the interstate highway system.

Piedmont City Manager Jason Orr explains how OKC’s strategic expansion planning impacted Tuttle in a multitude of ways, such as through tax revenue.

“They [OKC] knew back in the day that if they could put infrastructure outside of Tuttle, Yukon, Mustang, Piedmont, they'd be able to get the affluent citizens of those communities and they are gonna drive to OKC and spend their tax money,” Orr said.

The introduction of the interstate meant shorter travel times in and out of the city, and the shorter commute made it feasible for the upper-middle class of OKC to live further away from their jobs in the city. This resulted in an influx of people leaving their homes near the city’s center for the spacious and quiet suburbs. This period of time is often referred to by historians as White Flight.

At first glance, an increase in population would seem to only benefit the once rural towns surrounding the metro, but the interconnectivity allowed consumers to visit shops in the city with ease. This caused sales tax revenue to transfer from rural Oklahoma to OKC.

Having grown up in Piedmont, Michael Williams recalled his frequent trips to OKC.

“I always spent more time in the city,” Williams said. “Piedmont’s economic system is interesting because they tried to keep the ‘small town’ mentality by not investing in bigger business but this actually hurt Piedmont because they can’t meet the demands of their residents.”

Willams explained how in an effort to keep the culture of rural Oklahoma, Piedmont became primarily residential. Then the ease of access to a larger market, such as OKC, pushed him to spend most of his time and money outside of his town.

In Oklahoma, cities can exclusively generate tax revenue through sales tax, as opposed to property or income tax generation.These tax laws are making it hard for municipalities in close proximity to the metro to pay for necessities, such as road improvements, despite the increase in population and traffic.

“We are one of the few states that doesn’t subsidize municipal operations,” Young said.

Tuttle resident Carley McCutchan spoke of watching the slow encroachment of OKC into the community.

“Tuttle has one cute boutique, but other than that, we mostly shopped at the malls in OKC,” McCutchan said. “[We] run our money of Tuttle by going to OKC to do business.

The current state of development is further compounding the issue. Development along the corridors has brought amenities of the city even closer to formerly rural towns. Although urbanization has made its way to the doorsteps of rural towns, the areas of primary development are still located within Oklahoma City’s limits.

“The Northwest Expressway is just right to our south and that is all Oklahoma City,” Orr said. “That's where all these businesses want to locate and all of that sales tax goes to Oklahoma City. We don't see a dime of it. Oklahoma is unique. It's not like any other state in the country because Oklahoma is the only state that limits municipalities to primarily sales tax.”

Cities like Tuttle and Piedmont have a high per capita income which is skewed due to the amount of wealthier citizens and retirees that can afford to live away from the city. Without the ability to dip into the income and property taxes of its wealthy citizens, small towns in the metro are left fighting to keep up with little resources to do so. This is forcing cities like Tuttle to consider a road bond, which is the only way that the city can dip into property tax.

“To reconstruct a mile of road, you are looking at between $700,000 to a million dollars.” Orr said. “We don't have the sales tax base, and the money that we do have, we spend very wisely. It just doesn't go very far.”

This interconnectivity of infrastructure not only allows rural Oklahoma to connect with the city, it gives way for the urban sprawl of the city to encroach upon its rural neighbors. This migration of people from OKC to towns like Piedmont and Tuttle fundamentally alter the fabric of these small towns and how they operate.

“We definitely have had challenges in having to make that transformation,” Young said. “Knowing that you can't stop it.”

One major challenge rural Oklahoma is facing with this transition is the rapid growth of its school systems. For many families leaving the inner city in the ‘70s, smaller schools with high quality of education became a massive draw to these urbanizing towns. As the towns continue to grow, so does their school’s student population.

“I got to watch Mustang go from a 2A school to a 6A school by the time I graduated,” Young said.

6A is the largest subdivision of school systems in Oklahoma, so having a school district jump from one of the smallest to the largest in less than 20 years is astronomical but not uncommon as this trend repeats in all directions moving away from the city.

Oklahoma City is consuming rural Oklahoma at a rate that continues to push past communities that were once suburbs of OKC to truly rural communities.

Furthermore, the city of Tuttle is currently discussing a new subdivision that developers are wanting to move in that includes 900 lots. People are worried about the possible ramifications that this would have on the school and the cultural identity of the town as a whole.

The rapid expansion of the OKC metropolitan area has consumed the once strictly rural areas, stripping small-town Oklahoma of its rural culture and forcing them to compensate for the added population without the benefit of sales tax.