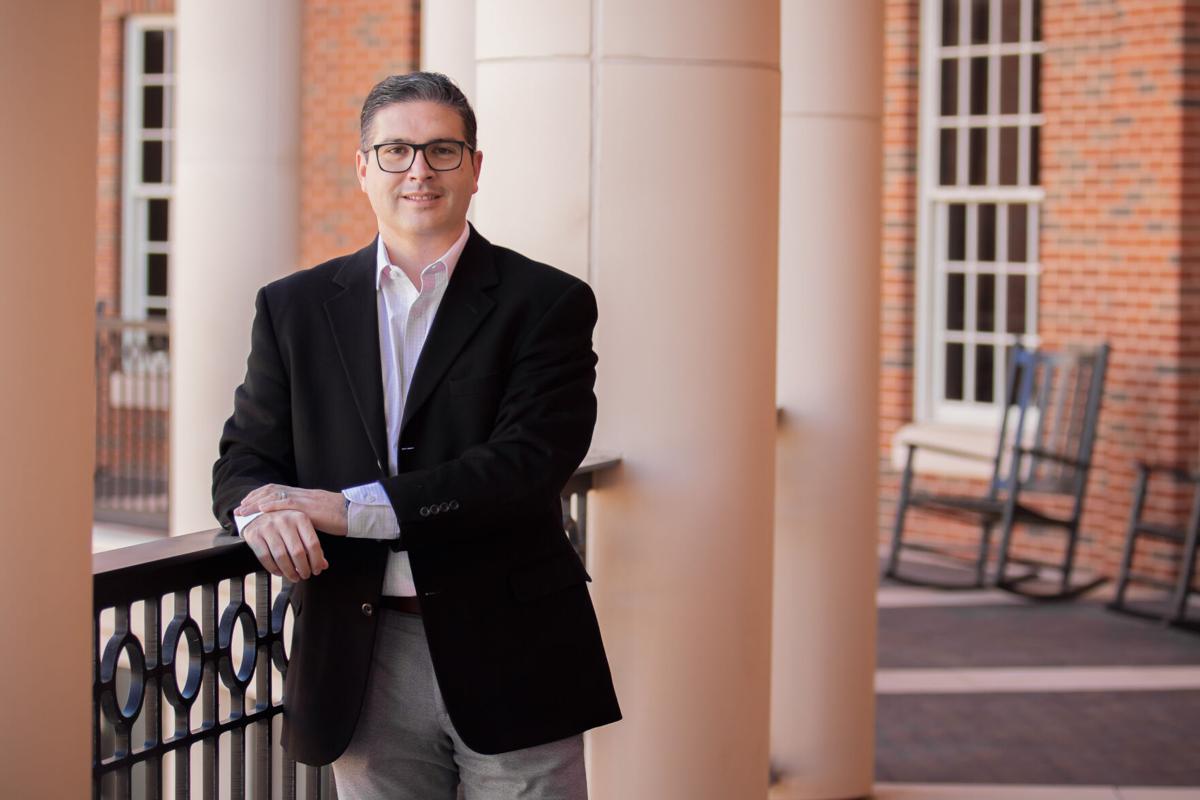 at 5'11, Jose Sagarnaga still found himself able to play with the "big guys", claiming that it was not his talent that made him excel at what he did, but the energy and passion with which he played 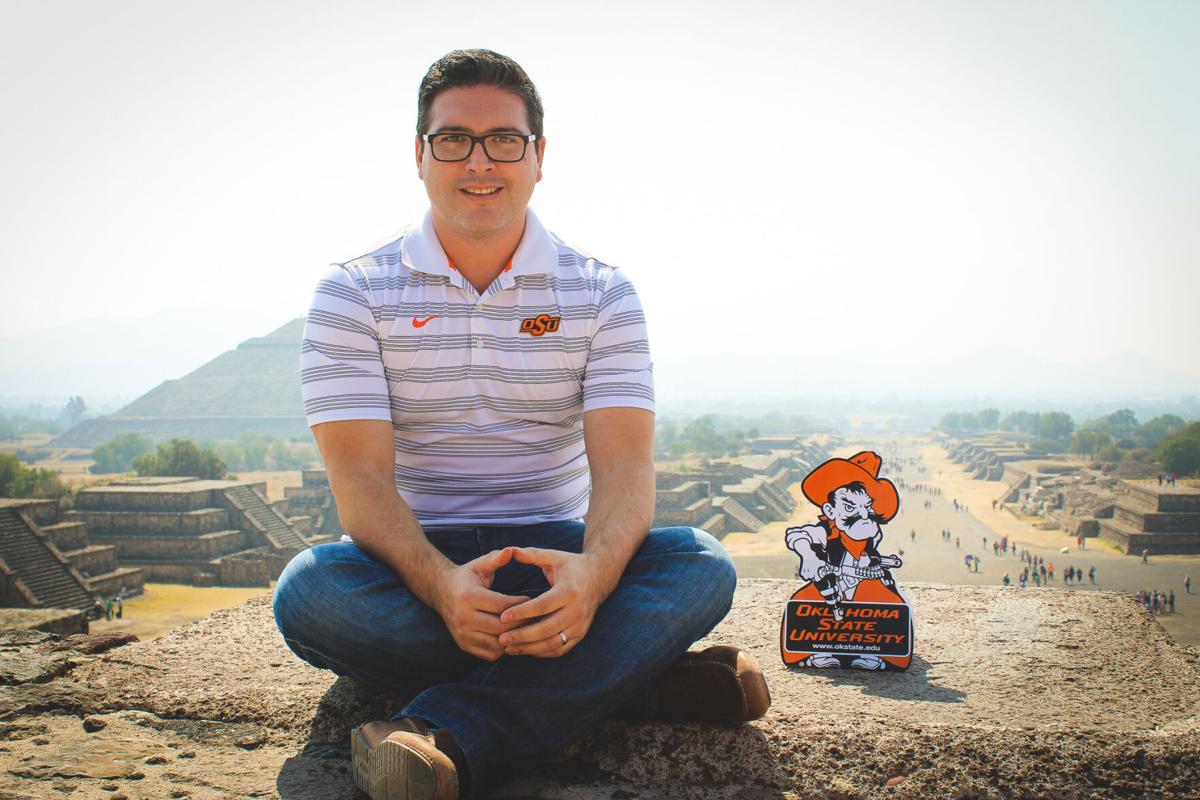 After receiving an offer from Oklahoma State for a graduate assistantship, Sagarnaga drove 15 hours with his aunt and two cousins to check out OSU first hand.

at 5'11, Jose Sagarnaga still found himself able to play with the "big guys", claiming that it was not his talent that made him excel at what he did, but the energy and passion with which he played

After receiving an offer from Oklahoma State for a graduate assistantship, Sagarnaga drove 15 hours with his aunt and two cousins to check out OSU first hand.

Sagarnaga, who grew up in Chihuahua, Mexico, doesn’t remember exactly when his parents got divorced, but he was around 12 years old when issues began.

“Divorces were not as common in Mexico back then,” Sagarnaga said, “so I was one of a few, if not the only one within my network, whose parents were getting a divorce. It was difficult and at the same time embarrassing.”

Although his parents still gave him their time, resources and energy, Sagarnaga was thankful for an amazing support network outside of his family he could turn to.

“The professors I had were so caring and my directors and professors (and even basketball coaches) became my mentors, they became my guides throughout high school,” Sagarnaga said.

Along with those people in his life, basketball is what helped Sagarnaga get over the toughest experience of his childhood.

“I think basketball became my emotional outlet,” Sagarnaga said. “I was able to get rid of all (my) negative emotions through running and nonstop training and playing seven days a week.”

While attending Institute La Salle, one of the largest Catholic school networks in Mexico, it was never Sagarnaga’s talent that made him excel on the basketball court. He said it was energy and tenacity with which he played that made him a valuable defensive player. Although he is only 5’11, Sagarnaga had his NBA comparison at the ready.

“I was always able to get rebounds with the big guys,” Sagarnaga said, “kind of like Charles Barkley (who was) short compared to other players but was a big rebounder.”

Sagarnaga’s teams often embodied his competitive nature and made multiple state championships because of the fierceness and discipline with which they played, of course, the sneakers they wore also helped.

“We had talent, but not as much as (other teams). I think similar to me, we made up (for the talent disparity) with our dedication and Air Jordan shoes.

As Sagarnaga reminisced about his days playing basketball, he realized he still uses much of the things he learned on the court in his current job as the director of the Center for Advanced Global Leadership and Engagement at the Spears School of Business.

“I can use (basketball) as an analogy for how I lead and how I collaborate,” Sagarnaga said. “I’m willing to do whatever it takes to see my team succeed, it doesn’t matter the role, it can be defense, rebounding, passing, it doesn’t matter.”

Sagarnaga first came to Oklahoma State University in 2004. The university had offered him a graduate assistantship with international studies. He wanted to check out OSU firsthand, so along with his aunt and two cousins, Sagarnaga drove 15 hours for a visit.

Although the only things he knew about Oklahoma prior to that trip was that it was north of Texas, had tornados, and was an agricultural powerhouse, Sagarnaga liked OSU’s people, campus, environment and the proximity to Mexico enough to enroll as a student. As an OSU Cowboy, Sagarnaga worked toward a master’s in international studies with an emphasis in international business and economic development.

Sagarnaga said he had a great experience as a college student at Oklahoma State. He had matured as a person since his undergrad college days in Mexico, which helped make his time at OSU more fruitful.

“(During college in Mexico), my time with my friends was more going to the bars and going to dates those things. Here (at OSU), it was exchanging ideas, talking about religion, going to a mosque, going church with my friends, going to sporting events together and always learning about their backgrounds, their cultures and their families,” Sagarnaga said.

Sagarnaga befriended OSU students from Japan, Kazakhstan, Uzbekistan, Russia, Brazil, Malaysia and France. Many of those friendships he made still last to this day, including meeting his daughter’s godfather. Interacting with his friends through events like a potluck where all the food was eaten using his hands gave Sagarnaga an opportunity to learn outside of the classroom about other cultures.

Sagarnaga said that the most memorable cultural experience he had as a student at OSU was a Mexico-Uzbek art exhibition.

Sagarnaga invited an artesian from Mexico while a friend invited two artisans from Uzbekistan. They hosted an auction, listened to guest speakers and showcased art of all kinds from the two respective countries.

“I felt like I was sharing a little bit of my culture with the OSU community and it went great,” Sagarnaga said.

He still has a Uzbekistani carved ash tray he got from the exhibition sitting on a bookshelf behind his desk.

Even though Sagarnaga learned a lot and enjoyed his three semesters at OSU tremendously, he never thought he would be back in any lasting capacity. After graduating, his plan was to return to Mexico to work in business. Some of Sagarnaga’s mentors encouraged him to go back to school and pursue a doctorate degree.

“I said if I (get a doctorate) it is because I will stay in academia, so that’s what happened,” Sagarnaga said.

In 2014, Sagarnaga earned a Ph.D. in economic development from Universidad Popular Autónoma del Estado de Puebla in Mexico. True to his word, he remained in academia, which brought him back to OSU and the Spears School of Business.

Once back in Stillwater, Sagarnaga was officially the program coordinator of OSU’s Center for Executive and Professional Development, but he also began teaching business courses for students. Sagarnaga has taught everything from upper level management courses like “Business & Social responsibility” to “Business Colloquium- Doing Business in Mexico.” The classes he teaches are eye-opening to some of his students.

“In his classes, he opens up minds,” said Dr. Marlys Mason, the associate dean of the Spears School of Business. “That’s one other thing we talk about all the time: it’s not about students just going abroad, we want them to be able to do that, but we know (many can’t). It’s about bringing the world to (the students) and providing them with a global perspective.”

“His classroom is an open space for ideas where different opinions are encouraged,” said Juan Parra, an OSU student who has been working as Sagarnaga’s graduate teaching assistant for the past five semesters. “He keeps a respectful environment where anyone can share their thoughts.”

However, Sagarnaga is not considered a great teacher because he can talk in depth about the dozens of places around the globe he has been to or moderate an effective discussion. It is his love for his students that makes him an extraordinary teacher, according to those who have observed him.

“I think there are certain people who are just very interested in people and helping them,” Mason said. “I think he just has that natural (gift).”

In fact, Mason’s favorite thing about Sagarnaga is how much time and knowledge he invests in his students. She said that when Sagarnaga leads students on study abroad trips they are always amazing because of the time and dedication he puts into them.

College students can usually tell if a professor is genuinely invested in their lives.

“It means a lot (when a professor cares about you),” Spears School senior Micah Weston said. “I like it when (professors) remember something small that you said to them. When they ask you how you’re doing or about whatever (that small thing was).”

Juan Parra has a hunch why Sagarnaga cares so much about his students.

“I think that Jose does not see teaching as his job but as his passion. He wants his students to succeed,” Parra said. “He is always available and looking for ways to help students and ways to improve their learning experience.”

“If I had an opportunity to experience (caring and hospitality), I need to be a part of that experience for my students,” Sagarnaga said.

Sagarnaga pointed to the time in his life where he most needed help, when his parents separated, and he was able to turn to a strong network of school directors, professors and coaches. The motto of the school he attended as a youth is “Faith, Fraternity and Service.”

“You saw that (motto) lived out in every classroom and every professor,” Sagarnaga said. “It was part of the culture I grew up with, so that’s what I experienced. That (is) part of my inspiration. (My teachers) were willing to give their time during work hours and also after hours and that dedication is something I won’t forget.”

Sagarnaga yearns to be one of the trusted mentors in his students’ support networks and to make a positive impact on their lives. Of course, he wants his students to learn the course material, but he said that his goal in the classroom is to make a difference in at least one of his student’s lives.

As dedicated as Sagarnaga is to his students and his job, he is above all dedicated to his family. He and his wife are both committed to raising their two children in a loving environment where they can flourish.

“We are two Mexican parents raising two American children,” Sagarnaga said. “It’s challenging, but I think our similar values makes it easier. We have no issues on religion because we are both Catholic, we have no issues on language because we both speak Spanish at home. Our values are very similar so we bring them to our house.”

Mason said that even though Sagarnaga is constantly working and she sometimes fears he will get burned out, he knows when to take time for his family.

The Sagarnagas might live in Stillwater, but their home is a slice of Chihuahua, Mexico.

“We make our home like our little Mexico environment,” Sagarnaga said. “Only Spanish, Mexican food and (we place an emphasis on the cultural value of education).”

“Jose has a beautiful family,” Parra said, “He is a model father who deeply cares about his family. He spends quality time with his children. He knows the importance of the family in today's society.”

Sagarnaga knows the importance of many things. He knows that small details like boxing out a defender correctly can help secure a rebound against a larger player. He knows that it is more important to listen to his students and be available for them than it is to help them pass a test. He knows that being a loving husband and father is his most important job on earth.

“Jose is always giving back,” Parra said. “He has opened my eyes and made me realize that we have to give back, small actions can deeply impact society and can contribute to change people's lives.”