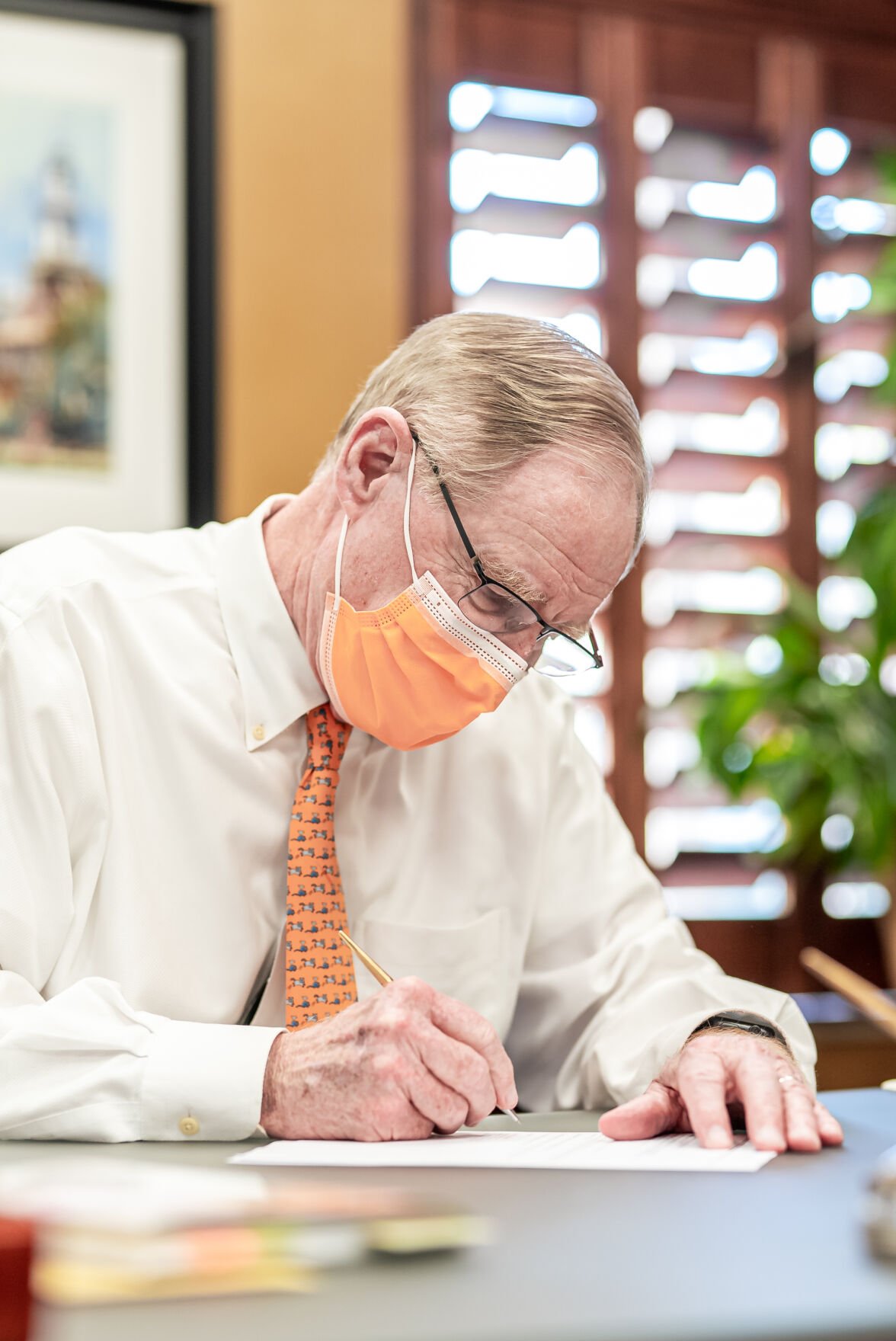 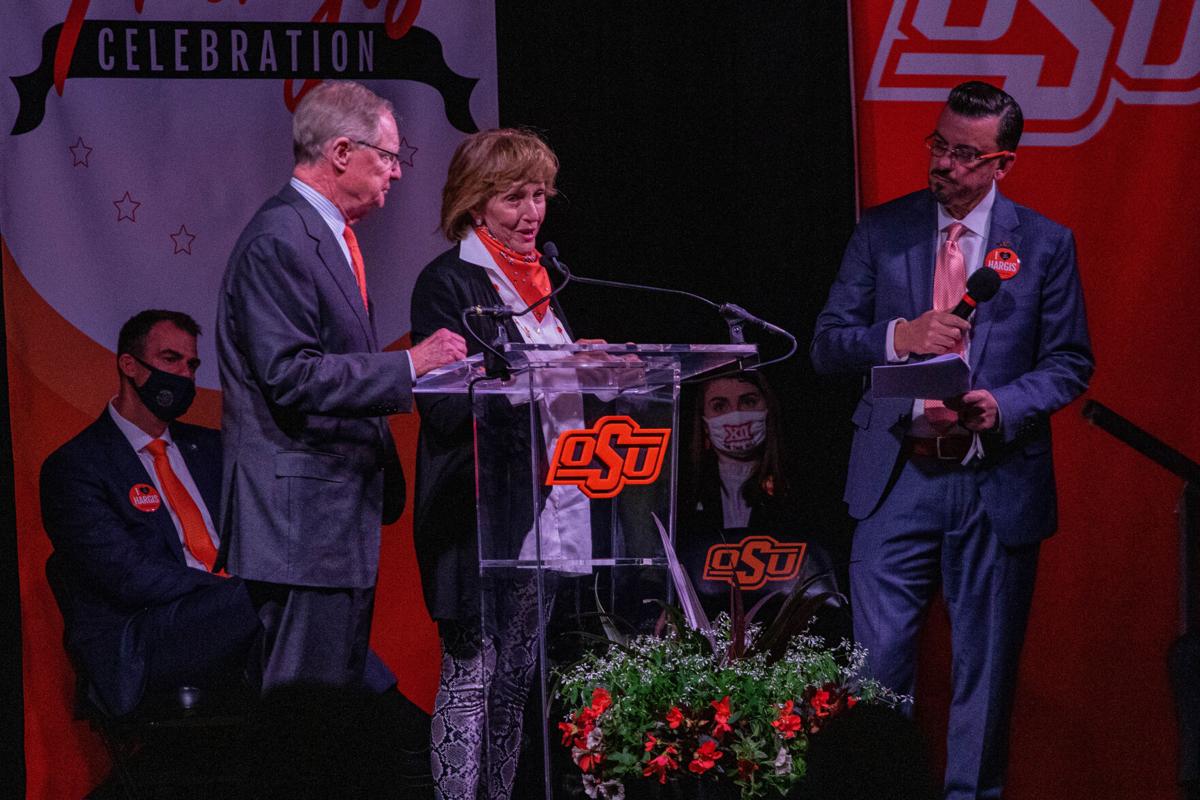 Outgoing OSU president Burns Hargis and First Cowgirl Ann Hargis speak to the crowd during the Burns and Ann Hargis Retirement Celebration at Gallagher Iba Arena on April 23, 2021, in Stillwater.

Outgoing OSU president Burns Hargis and First Cowgirl Ann Hargis speak to the crowd during the Burns and Ann Hargis Retirement Celebration at Gallagher Iba Arena on April 23, 2021, in Stillwater.

As Burns Hargis sits in the same office he’s had for 13 years, he looks around and notices that everything has changed. He’s not referring to the $2.2 billion OSU has raised during his time or even the various buildings erected during his tenure.

He’s talking about the boxes in his office.

Every time he looks to the right, there’s a box. Left? Another one. Now in the last two weeks of his presidency, Hargis is seemingly drowning in cardboard because of his upcoming move out process.

“I feel like I’m working for Mayflower van and storage,” Hargis said of his last two weeks. “Packing up the house, packing up the office. I’m sitting here and there’s probably 20 boxes right in my sight.”

Hargis hates moving, but says moving the items out from his office won't be a far journey. In fact, it’s only a few steps away. Next semester, Hargis will stay involved at OSU by holding a chair in the university’s center for ethical leadership and will even have an office at the Student Union. The position is part time and unpaid, but Hargis felt it was important to stay involved at OSU.

Hargis will work with Taylor on leadership training at the university. One of his main goals is to guide students who were not necessarily leaders in high school organizations by helping to develop their leadership skills at OSU.

Despite the continued role at OSU, Hargis is still moving to Oklahoma City with his wife Ann, who will also retain her beloved “Pete’s Pet Posse” role at the school.

While Burns is focused on his new role in the fall, he also has many tasks to complete before his presidency ends July 1. He said his life right now consists of helping the transition to a new president and receiving many congratulatory letters.

His successor is President designee Kayse Shrum, who was named president of OSU in April after serving as the center for health sciences president for since 2013. Hargis said the transition process has been seamless.

“(Shrum is) very deliberate, very detail-oriented and she just gets stuff done,” Hargis said. “That’s why I’m glad the regents decided to pick her.”

After these tasks are completed though, it’ll be fun and games for Hargis for the rest of the summer as he hopes to reignite his love for sport and music.

“I’m hoping I can improve my golf playing and my jazz piano playing,” Hargis said. “I’ll be working on that.”