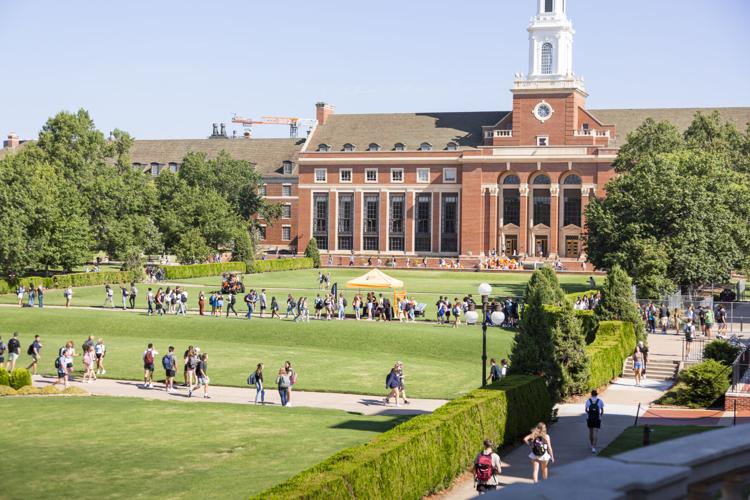 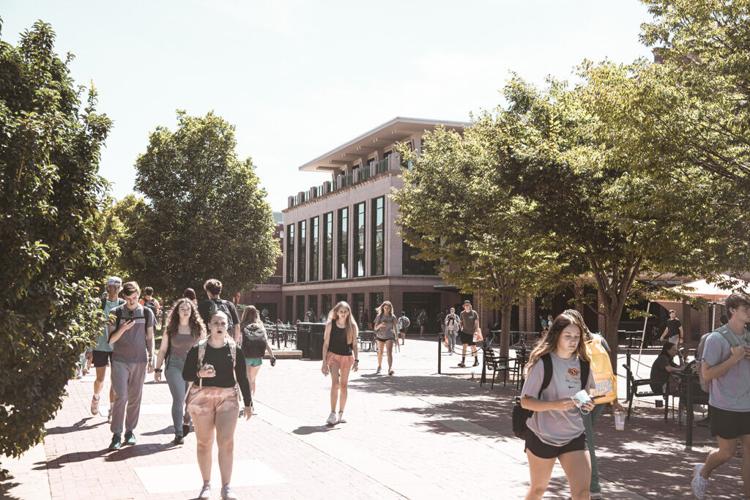 Speech First claims that three of OSU's policies lead to students self-censoring speech, according to the lawsuit.

Speech First claims that three of OSU's policies lead to students self-censoring speech, according to the lawsuit.

Speech First boasts a nationwide group of free speech supporters, according to the organization’s website.

These policies are a violation of the First and Fourteenth Amendment rights of students, according to the lawsuit.

“These policies not only force students to censor themselves when they interact with one another, but they also put students in the mindset that they should be offended by the opinions of others they disagree with, and that by committing the offense of being ‘bias,’ or what most of us may just call ‘being opinionated,’ warrants disciplinary action against you," Trump said.

OSU defines bias as “a disproportionate weight in favor of or against an idea or thing, usually in a way that is close-minded, prejudicial or unfair.”

The university said it would be careful reviewing the case, according to a statement provided to The O’Colly.

“Oklahoma State University values and cherishes everyone’s right of free expression on campus as an essential pillar of democracy,” the statement said. “The free exchange of ideas and opinions is part of the educational experience and fosters excellent critical thinking insight. We respect different viewpoints and strive to promote healthy and considerate discussion," the statement added. "As a matter of course, it is inappropriate to comment on pending litigation."

Students were reported for actions such as tweeting “#BlackLivesMatter,” chalking “Build the Wall” on a sidewalk, expressing support for Donald Trump and writing a satirical article about safe spaces, according to the lawsuit.

Bias-response team members recorded the incidents, investigated the situation, met with relevant parties and attempted to reeducate the offender, according to the lawsuit. This could result in formal or informal discipline.

Universities claim this process is voluntary, but students don’t see it like that, according to the lawsuit.

OSU’s Harassment Policy is the second policy the lawsuit challenges. This policy disciplines students for speech deemed “intimidating,” “verbal abuse,” “intimidat[ing],” “verbal abuse,” or other conduct that is “persistent, severe, or pervasive” and “threatens or endangers the mental … health” of another student, according to the lawsuit.

The lawsuit states the policy doesn’t give students any details about what the school considers “abusive” or “intimidating”.

OSU’s Computer Policy is the third challenged policy. This “forbids students from using their students email accounts for protected political speech,” according to the lawsuit.

"It [the policy] doesn't tell you what counts and what doesn't," Trump said. "Students don't actually know if they send something that's political in an email, whether or not they might lose access to their emails later on."

Comments made in class, a written statement “incorrect name or pronoun usage” or an “offensive picture or image” are actions that could result in student punishment, according to the lawsuit.

"Oklahoma State’s policies are clearly designed to monitor, investigate, and restrict student speech all together," Trump said. "The fact that students can’t even express an opinion without worrying that another student can use a campus policy to report on them shows us that the school’s administrators have no interest in protecting students’ rights."

Trump also argued that the policies will lead to students self-censoring speech. As a result, this would impact the college experience.

"Universities should focus their efforts on fostering and promoting debate and open discourse" and "encouraging students to engage with ideas they find challenging," Trump said. "Oklahoma State’s policies have the opposite effect and violate their students’ First Amendment rights."

"It is evidence of a prevailing trend across the country on college campuses that needs to be stopped," Trump said. "University officials have created a series of rules and regulations on campuses that restrain, deter, suppress and punish speech based on anything that's political or social."