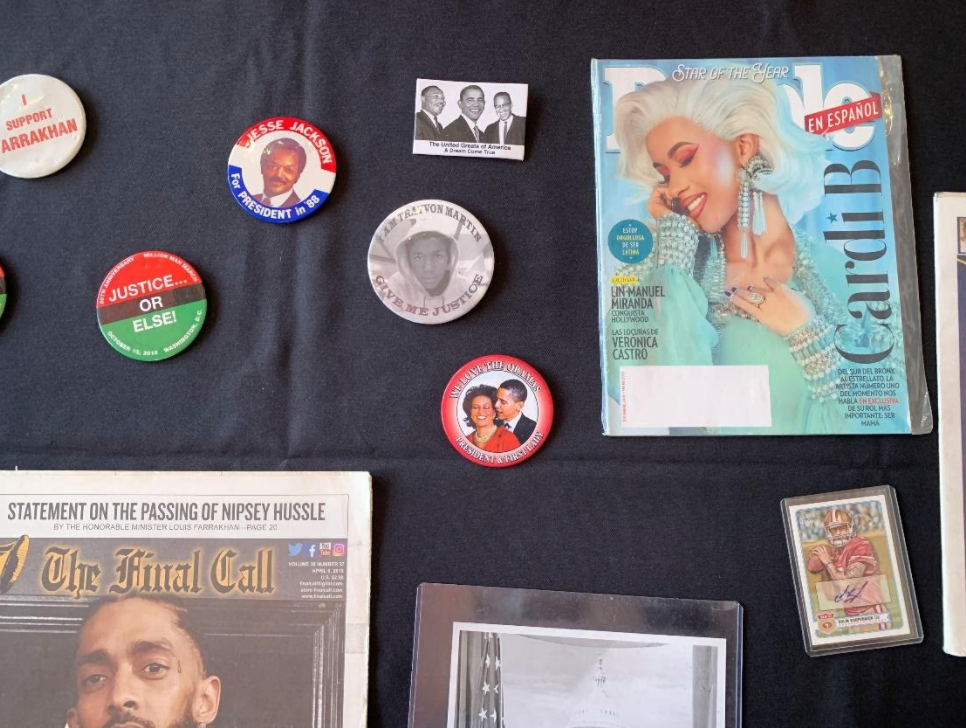 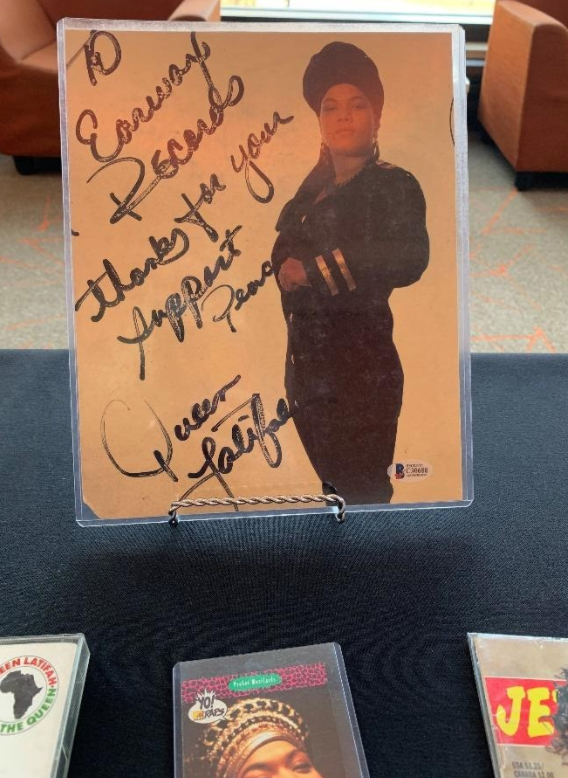 The Black History 101 Mobile Museum is unique in that it is able to move from place to place, allowing them to reach more people across the country.

The Black History 101 Mobile Museum is unique in that it is able to move from place to place, allowing them to reach more people across the country.

The museum was brought to campus by the Office of Multicultural Affairs, the Center for Africana Studies and the Student Union Activities Board. These associations partnered together to fund the museum and bring it to Stillwater.

The founder, CEO and curator of the museum, Khalid el-Hakim, has collected thousands upon thousands of artifacts, only a small portion of which were on display.

l-Hakim traveled the country for over 30 years visiting antique shops, flea markets, estate sales, auctions and more to build upon his diverse collection of memorabilia.

Tika Johnson, Coordinator of African American Affairs in the Office of Multicultural Affairs, said, “He (el-Hakim) curates an exhibit to fit each institution that he has visited and the one that we are seeing on our campus today is an overview of some experiences from the African American culture in America.”

The museum contained artifacts ranging from the time-period of the transatlantic slave trade all the way up to the recent election of Vice President Kamala Harris.

A lot of the artifacts focused on the hip-hop era. Artists such as Jay-Z and Cardi B were highlighted in this portion of the exhibit.

Fernanda Ramirez, lecturer for Intro to Geography at OSU and visitor at the museum, said, “I appreciated that they used not only government official documents that described the Jim Crow Laws in Oklahoma, but they also included pamphlets, magazines, and other artifacts that reflected American racialized views of the past. I also liked that you get a chronological sense of how African American voices get louder as decades pass by, especially after the Civil Rights movement. And later, you can see how Black artists and personalities establish a stronger presence in American pop culture, contributing enormously to reshaping American identity to a more inclusive one.”

Ramirez attended the museum with her husband and her fifteen-year-old daughter. They felt attending the museum was a valuable opportunity to learn about and discuss race and institutional discrimination.

The exhibit has been on display in over 40 states and at over 500 different institutions.

“One of the reasons we’re interested in bringing the museum in was because of the mobility,” Johnson said. “We could put it in a space that was not tight. It is open and allows for multiple people to come in and as people are visiting the museum, they can take it at their own pace. It allows for us to have an in-person event but do it safely.”

The museum has also recently added a virtual option to continue to educate visitors and communities during COVID-19.

The museum is, although an unconventional take, a space used to educate and showcase important artifacts from African American history.