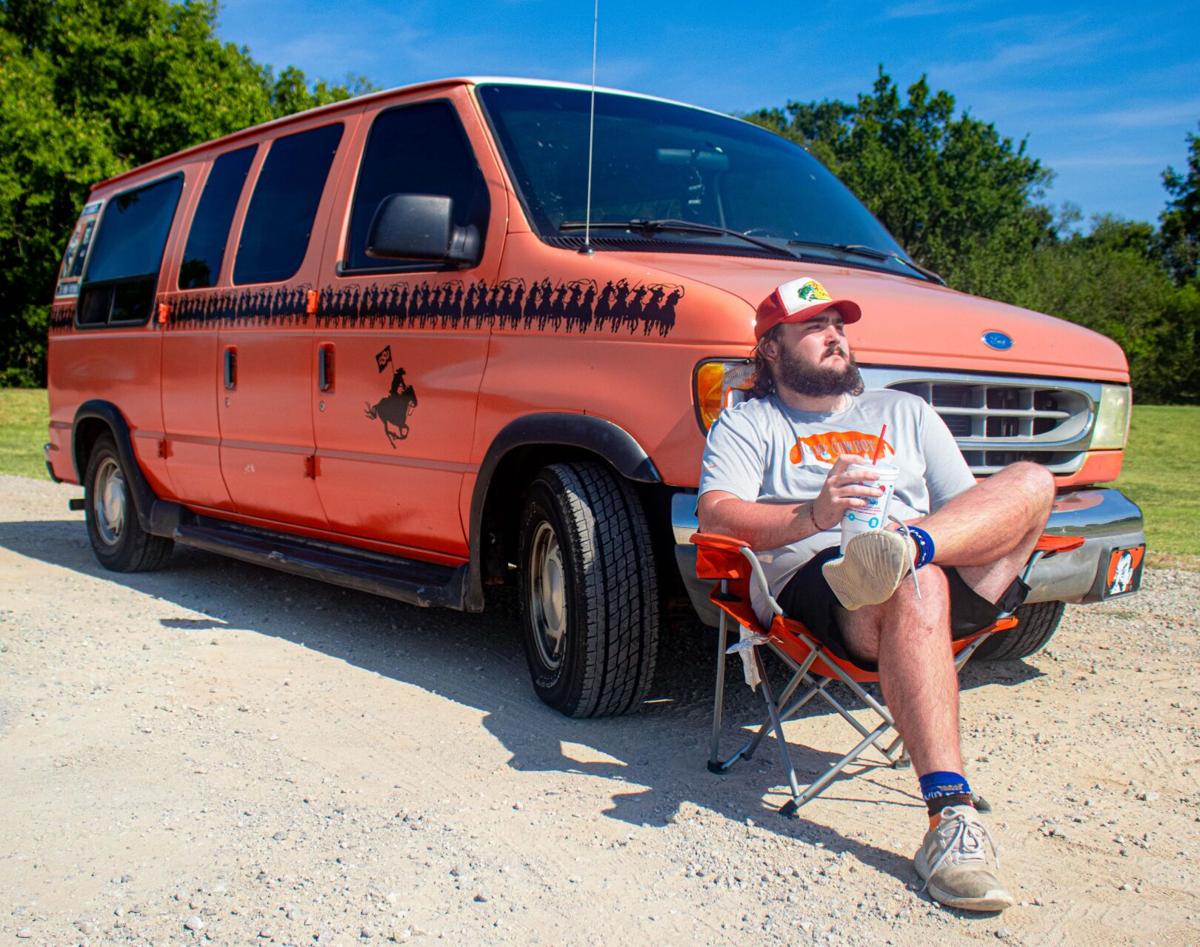 The big orange van is an eye-catcher which draw people's attention. 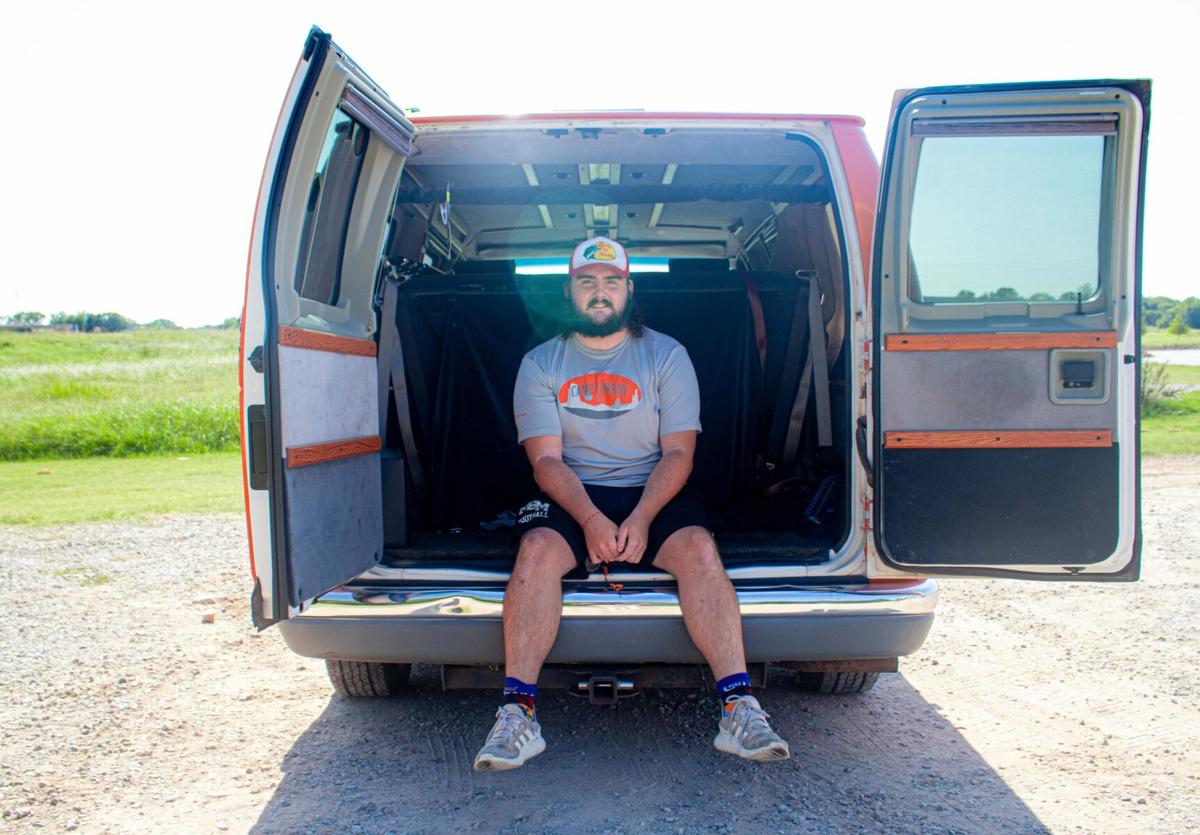 The van is decked out in wood finishing completed with Coach Mike Gundy's face on it. 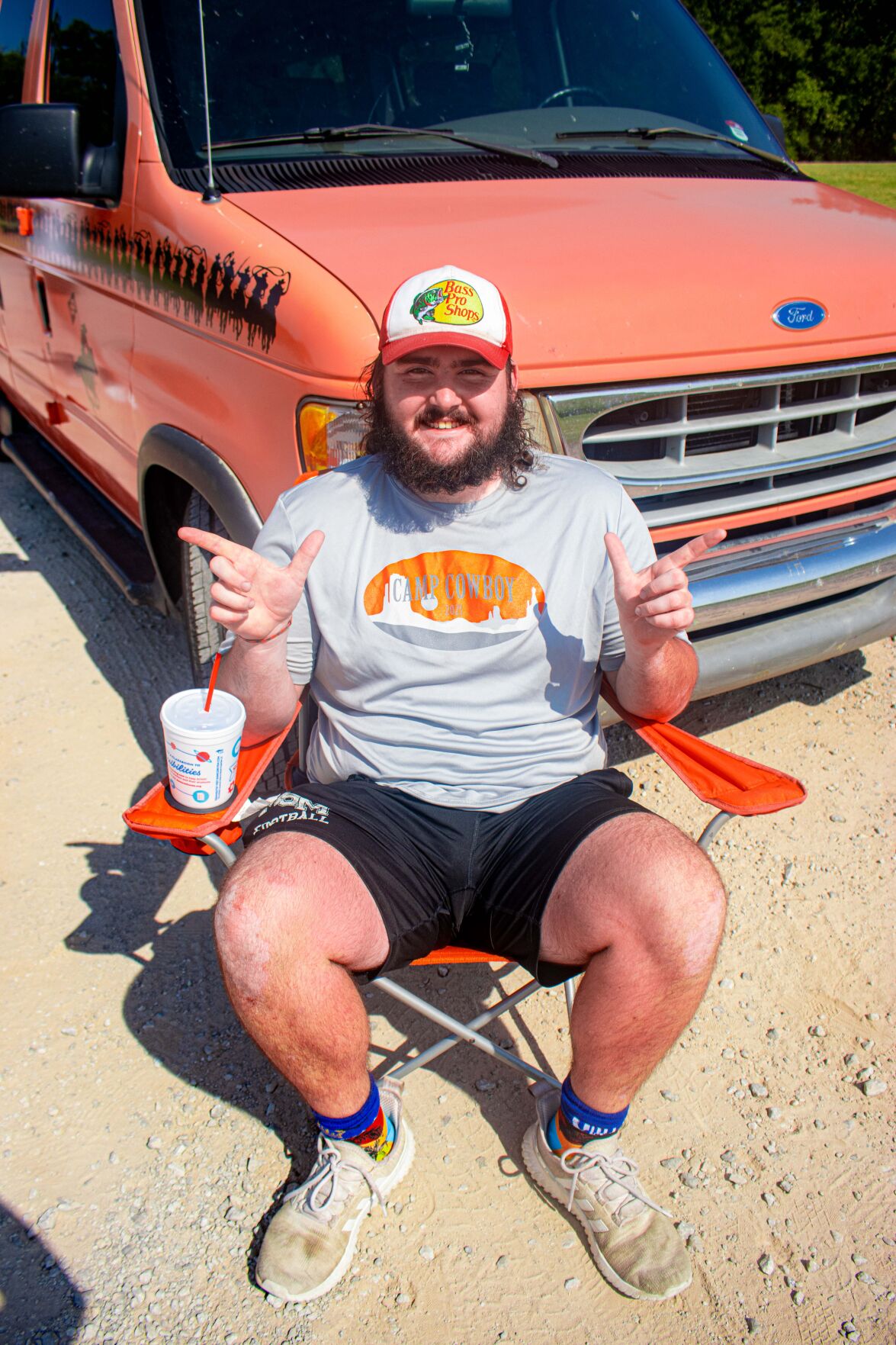 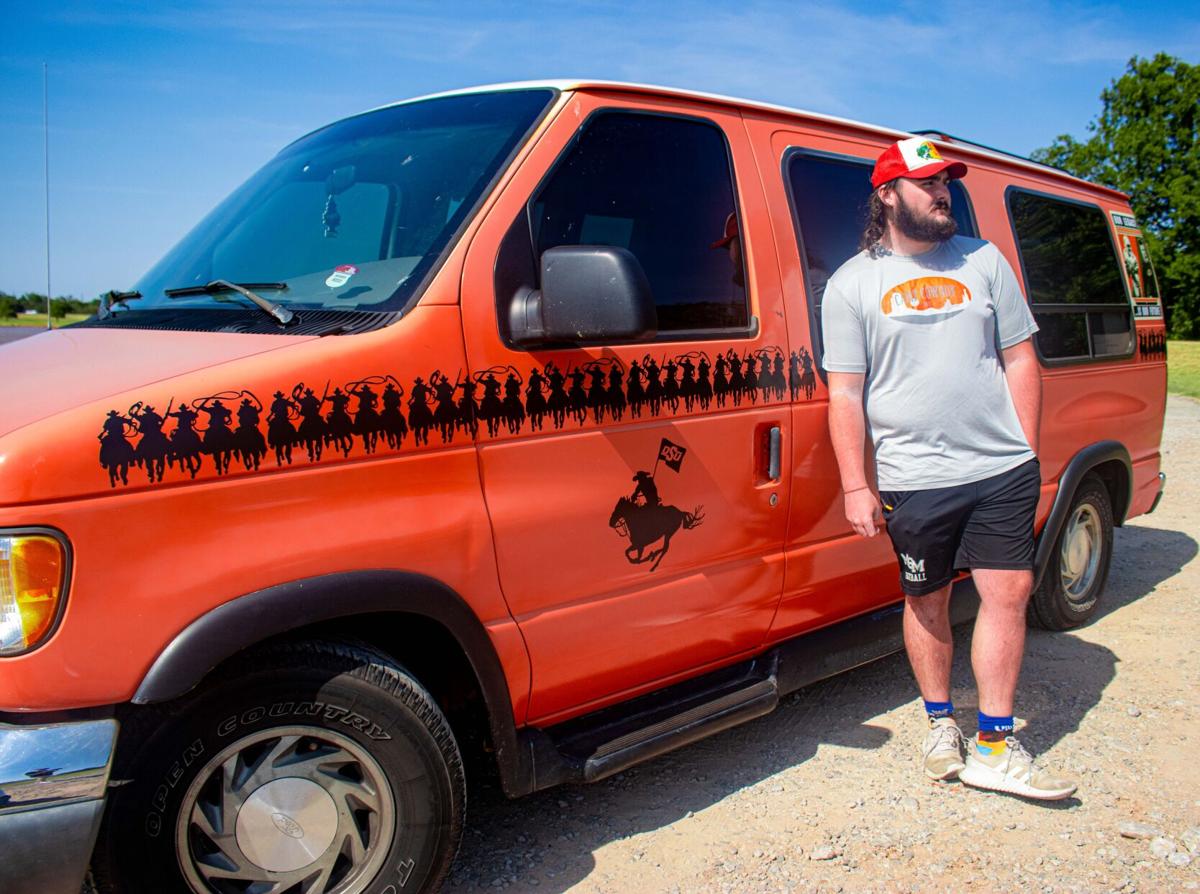 The big orange van is an eye-catcher which draw people's attention.

The van is decked out in wood finishing completed with Coach Mike Gundy's face on it.

There is not a right or wrong way to tailgate, but an Oklahoma State student found an epic way to have fun during football games in style.

Tailgating is an ingrained part of college football. People surrounding Boone Pickens Stadium wait for hours reserving their best tailgating spot. Although football is the main attraction, for some, tailgating is also about the environment, the people and the food.

People can see fans tailgating out of the backs of their trucks, while others set up a tent with some lawn chairs and cornhole. However, James Wildes 3, an Oklahoma State student, is always ready for any sporting event even when there is no official tailgate.

Wildes has an orange Ford E-150 van lined with a cowboys trim and Mike Gundy sticker printed on the back of it. Other famous football players are plastered on the sides as well. The inside is decked out with wood finishing, carpet floors and cloth seats. Completed with a CD featuring the OSU fight song and alma mater.

The bright orange van tends to catch people’s attention, and Wildes is never short of it. Friends and family ask about the van, strangers will take pictures with it, and he gets plenty of waves from passing cars. For him, connecting with people is the best part about having the van.

Wildes said the first football game he attended was when he was a little kid. His family friends had the van first, so he grew up around it.

“I remember I had my jeans, my cowboy boots and my heavy jacket,” Wildes said. “I couldn’t wait to get back in the van because it was so cold, my toes were frozen.”

Even though Wildes has the optimum OSU tailgating van, his parents are fans of the University of Oklahoma (OU) Sooners. Apparently, Wildes was “tainted” with orange blood before ever coming to college.

“I’ve wanted to go here since I was a kid,” Wildes said.

Despite Wildes’ parents loving OU, he found his way into the arms of the Cowboys. It was fulfilling for him to finally attend the school of his dreams after hoping to come for so long. Many students do not have the ability to go to their first choice college, and Wildes said he is excited to be at the college he wanted to attend.