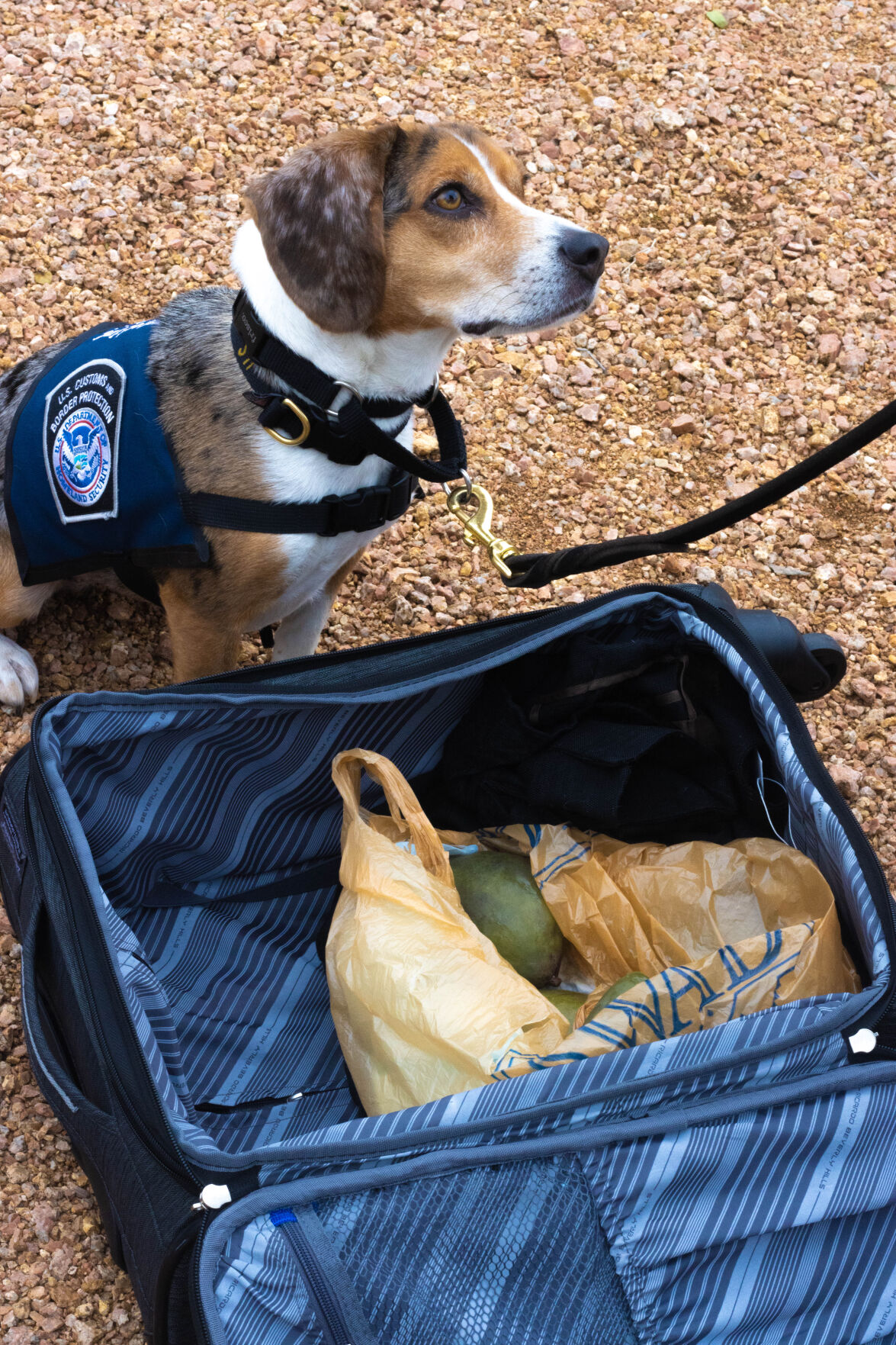 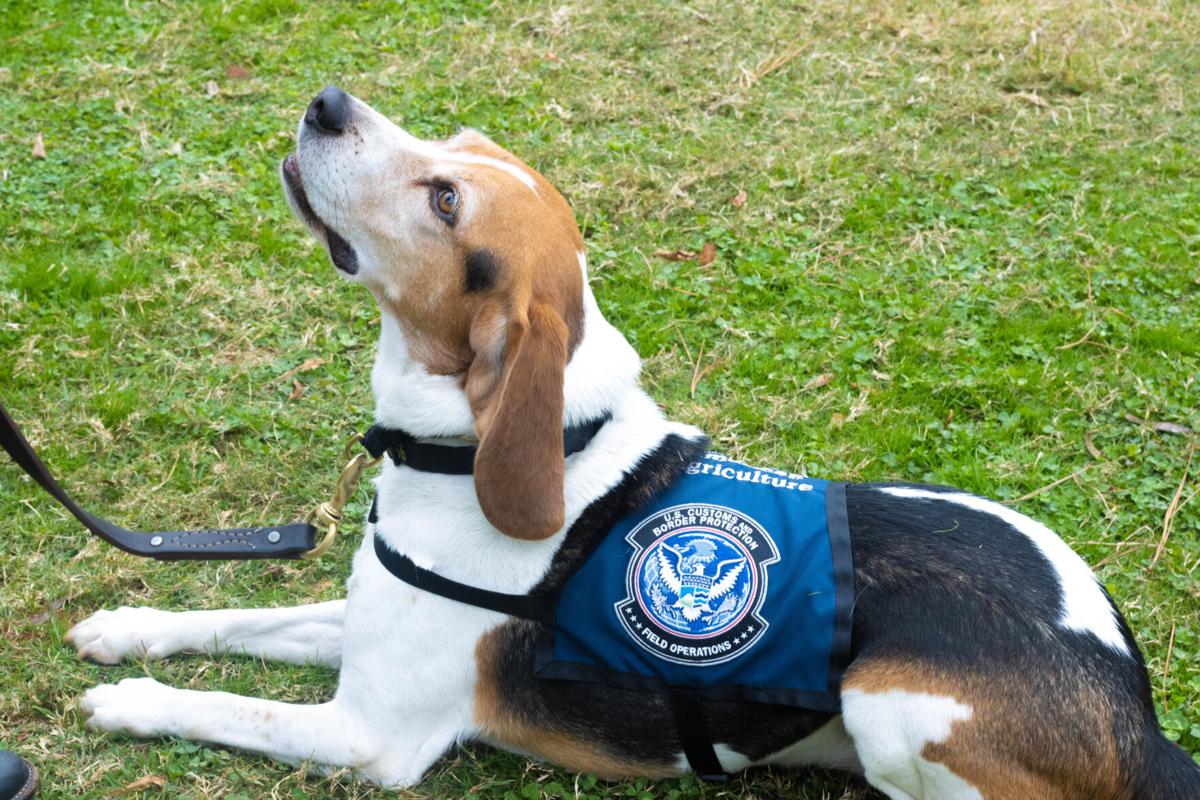 Farley is trained to sniff out invasive bugs that might sneak in items people have when they return from traveling out of the country.

Farley is trained to sniff out invasive bugs that might sneak in items people have when they return from traveling out of the country.

People come in and out of the country with different belongings like clothes, hygiene products and souvenirs. Sometimes, however, bugs that can harm the United States ecosystems can slip in.

To fix that, agriculture specialists have stepped in to save the day with their sidekicks: beagles.

Foods like fruits, vegetables, raw eggs and ramen noodles or other dry soup products from other countries can bring in pests. Fruit flies can hide inside fruits and vegetables, while Khapra beetles live in different grains and seeds, according to Don’t Pack a Pest.

To teach Oklahoma State students in the horticulture department how to keep insects from other countries from becoming invasive to U.S. agriculture, a team from Dallas was brought in with their dogs to show them what they do.

Chief agriculture specialist for customs and border protection, Ginger Herrell-Lopez, said the dogs are a tool to protect against different foods and substances being brought into the country.

Sniffing out these commodities is exactly what the beagles are there to do.

Some people do not know about this job, which is why the beagle brigade came to give a presentation to OSU students.

Shelley Mitchell, who was representing Dr. Justin Moss, said the agriculture specialists came for a class called “hands-on horticulture” which was created by Dr. Moss. Students in this class have made their own papyrus, dish gardens and bonsai to learn more about the agriculture field. This class is also partnered with the American Floral Endowment, which is a company that sponsors research in horticulture.

“They have lower than normal intro-level courses just to give kids an idea about what’s in the field,” Mitchell said.

Merla and Farley are the beagles who were brought to OSU to demonstrate what the agriculture specialists do. The dogs’ handler, Mary McNeil said these two dogs have been introduced to at least five scents they are supposed to pick up on when checking people’s luggage.

“It’s the best, having a job where you are actually just with something that is so hardworking and loves to see you when you get there,” McNeill said.

Herrell-Lopez and McNeill emphasized the importance of being sure not to pack prohibited foods. These foods, once found, will get sent out to testing or immediately sterilized to prevent spreading to the agriculture system.