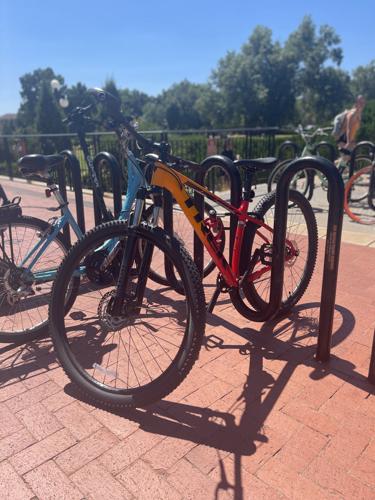 Bike theft has been increasing in the past few months, but overall theft on campus seems to be going down. 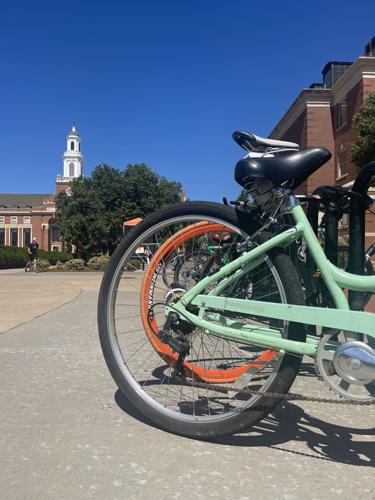 OSU police captain Colt Chandler said there are steps you can take to protect yourself from theft on campus.

Bike theft has been increasing in the past few months, but overall theft on campus seems to be going down.

OSU police captain Colt Chandler said there are steps you can take to protect yourself from theft on campus.

While living on a campus as large as Oklahoma State University, many students use biking as an alternative to walking or driving. It’s no surprise that some of these bikes may end up stolen or damaged. On Friday morning, this became an unfortunate reality for Village D resident Darrah Strong.

“I remember parking my bike at around 2:26 p.m., and that’s the last time I saw my bike. The next morning, it was gone.” Strong said. “I had used a key padlock from Walmart. Officers told me they caught people running around with tools, trying to break these weaker locks.”

Strong believed that her bike, along with many others, was likely stolen to be stripped down for parts. With these alarming reports, people noticed what seemed to be an increase in larceny on campus. To address the issue, The O’Colly spoke with OSU police captain Colt Chandler to give advice.

“We always want to offer any kind of feedback or guidance to keep students’ stuff safe,” Chandler said. “Lock your stuff up, lock your residence, lock your vehicles up and keep things out of view of the public. We always encourage people to download the Rave Guardian app.”

About 10 reports of bike theft have been reported in the past month. While there may be a small increase in recent larceny incidents on campus, Chandler reported a 50% decrease in theft-related crimes from 2021.

While there may be more reports of larceny than usual in a month, the yearly total is on track to be one of the lowest in recent years. The most common places that bikes have been stolen are Bennett Hall, the Commons, the Student Union and one report from Village Hall D.

Chandler also advised for students to write down the serial numbers on their bikes. With the serial number recorded, it is much easier for the police to find the bike if it turns up, similarly to a license plate. Another important piece of advice offered is to register your bike with OSU, information on this can be found on OSU’s website.

Chandler also urged students to purchase a proper padlock for their bikes. In particular, he recommends a U-Lock, as these are much more difficult to break with a bolt cutter or angle grinder.

By using secure bike locks, keeping bikes away from hotspots, recording the serial number and registering your bike, hopefully, this year can remain one of the safest in recent memory.