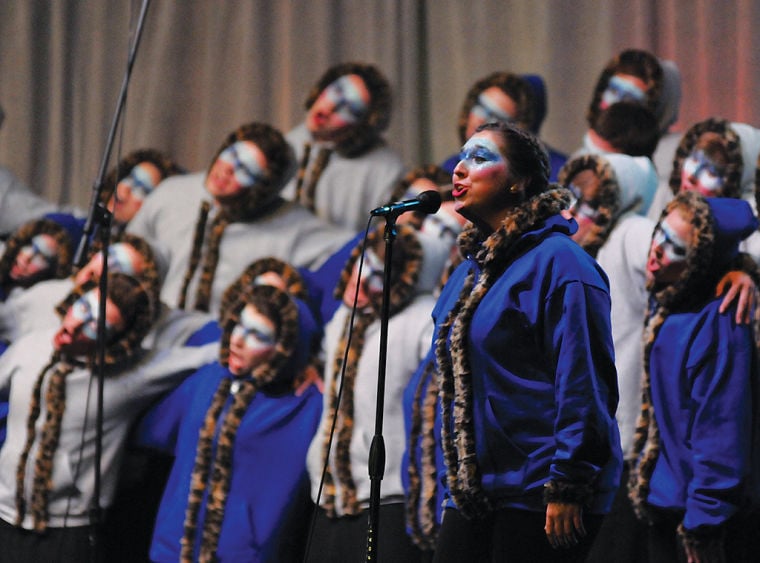 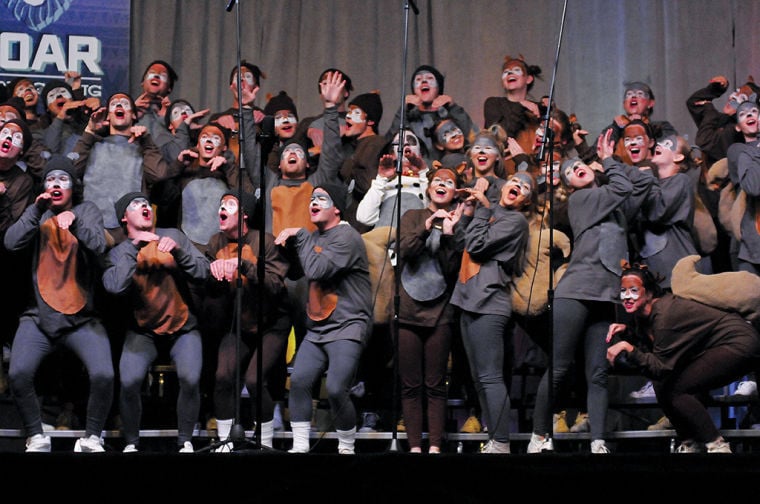 This year, Wasicek said she chose “Roar” by Katy Perry as the theme to empower the children with cancer who attend the show.

“(The kids) just love it,” she said. “It means a lot to the kids and, so I thought that our students would like to sing it with them.”

Every cast incorporated a Katy Perry song into their performance, changing the lyrics of the song to fit the cast’s theme.

The show consisted of 11 casts, each made up of about 45 fraternity and sorority members.

Casts begin preparation for Spring Sing the day after Varsity Revue ends, leaving them with about three weeks to practice, Wasicek said.

Shes said each chapter votes on about eight directors who are responsible for choosing the theme of the chapter’s performance.

“After you pick your theme, then you change the lyrics of popular songs to be about your theme,” she said.

Wasicek said Spring Sing is unique in comparison with Varsity Revue and Freshman Follies because all Greek chapters are invited to partake in the event.

“Spring Sing is special because there is not a preliminary audition,” Wasicek said.  “Every chapter that wants to participate gets to.”

In addition, more emphasis is put on vocals in the Spring Sing competition compared to VR and Follies, where both vocals and choreography are equally focused on, she said.

“Follies and VR are much more athletic,” Wasicek said. “This one is based purely on vocal ability.”

Judges were present to evaluate each cast’s performance primarily for vocals, but also considered minor categories for choreography, theme creativity and costumes.

“We have a judges committee on steering that selects them,” she said. “We usually try to get choir directors (or) people who have been in shows like this before.”

Wasicek said two of the judges this year are graduate vocal music majors who attend OSU.

The judges awarded fifth place to Phi Mu and Phi Gamma Delta for their performance of “Greek Life.”

Kappa Alpha Theta and Sigma Nu came in fourth place with their presentation of “Squirrels.”

Taking third place, and an award for best choreography, were the members of Chi Omega and Farm house with their performance of “Eskimos.”

Kappa Delta and Sigma Phi Epsilon stole second place and the award for best vocals with their performance of “Sleepover.”

Coming in first place, and winning the award for best costumes, were the members of Delta Delta Delta and Kappa Sigma for their performance of “Starbucks.”

“It was definitely difficult learning how to transition from high school to college and then adding on the stress of a show, but overall it was really worth it,” Thompson said.

Trey Kennedy and Allan Cole performed “All of Me” by John Legend.  Matthew Douglas, Connor Davis and Korbet Moore performed “Sweet Annie” by Zac Brown Band, and the a capella group, Pokeapella, ended the event with “The Longest Time” by Billy Joel.

Human development and family sciences sophomore Laurel Eve said she loves the fact that all of the proceeds go to charity.

“I think that’s the main reason I love doing shows,” Eve said. “We always raise a whole lot of money for charity and I love Coaches vs. Cancer.”

Wasicek said 2,500 tickets for the event were sold online, but she estimates that about 4,000 individuals were in attendance.

Wasicek said that for Spring Sing’s 50th anniversary next year, all of the former directors will be invited back to participate in the anniversary celebration.