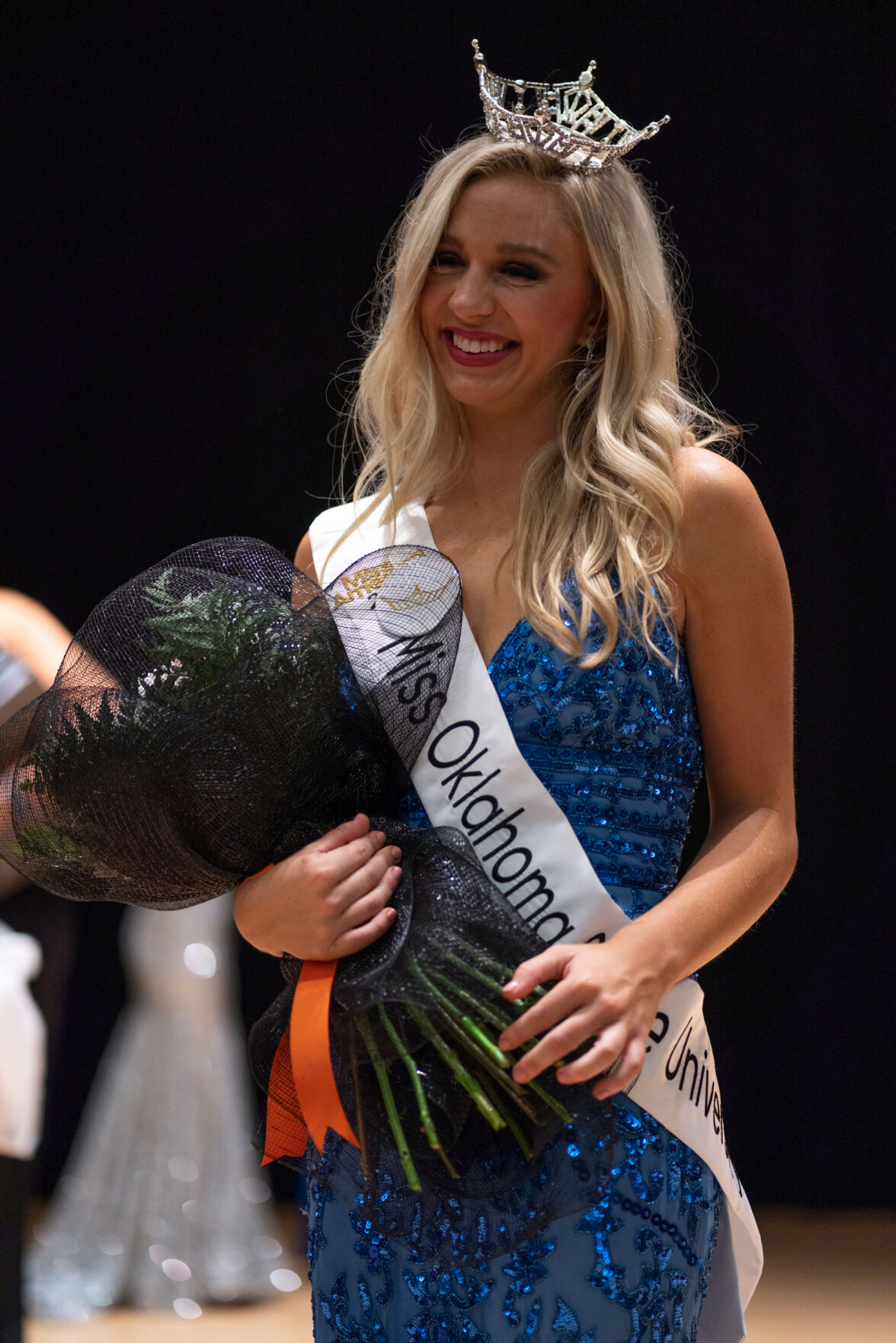 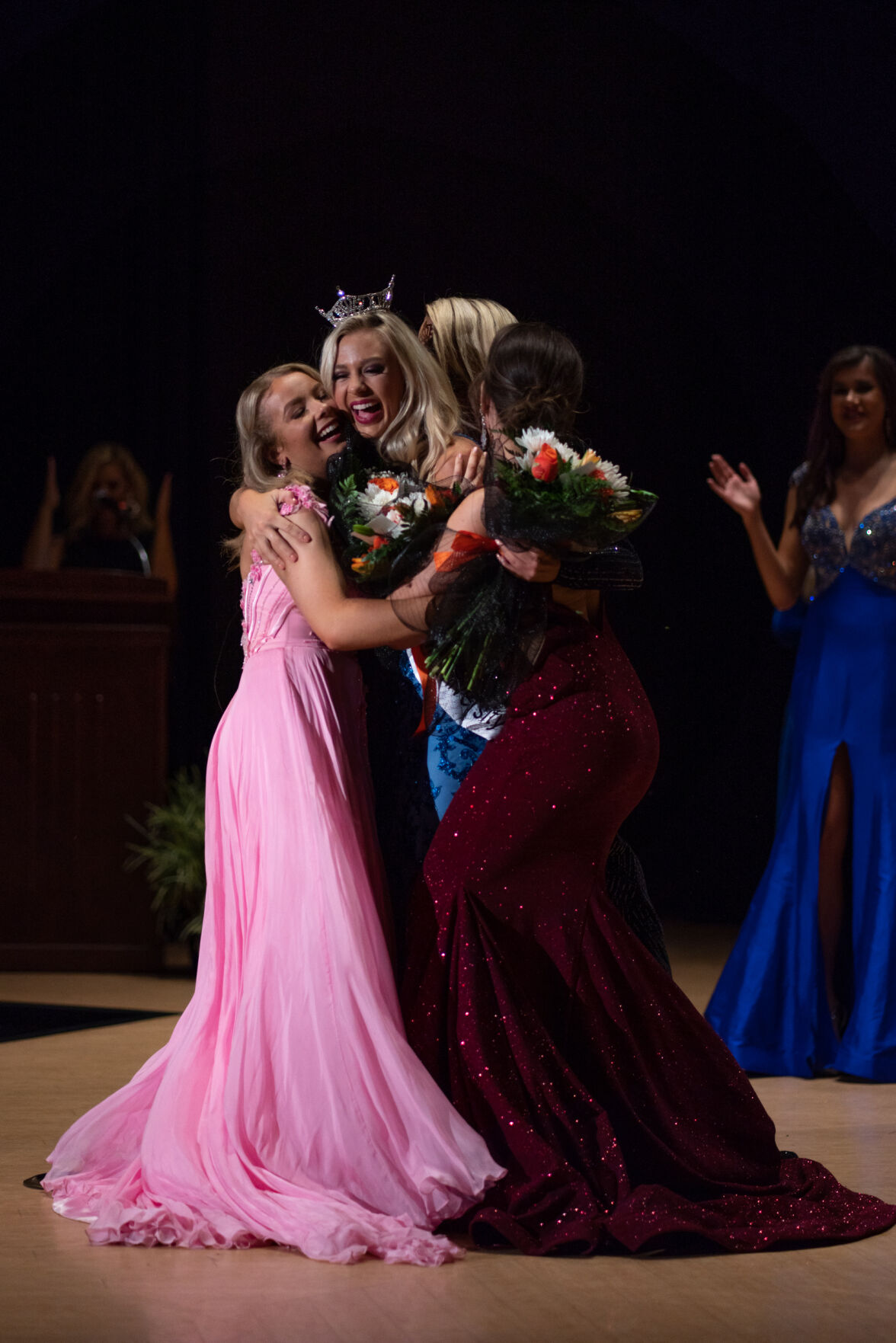 Julianne Thomison, Miss Oklahoma State University 2020 and 2021, proves this to be true. Thomison is from Tulsa, Oklahoma and attended OSU to earn her masters in communications. Her love for pageants began when she was 13 years old.

“I’ve been competing in pageants since I was 13, so for a decade now,” Thomison said.

“My first pageant was a disaster, but from that moment on I fell in love,” Thomison said.

In 2020, Thomison was crowned Miss Oklahoma State University, as well as 2021 when the pageant was postponed due to COVID-19. Thomison said it has been a “crazy” two years, and a lot of preparations go into the pageant.

“It takes a team; having an opinion on politics and being aware of what is going on around you and translating it to others is extremely important,” Thomison said. “It takes having a servant’s heart and being prepared to give back.”

“I want college students to know it’s about what they can do rather than what not to do when it comes to texting and driving,” Thomison said.

Looking back, Thomison said she has become a better person and has seen a lot of growth within herself after being crowned Miss Oklahoma State University. Thomison said it has taken perseverance and pushing herself to get where she is now; her advice to young girls who are thinking about competing is to go for it.

“This organization has taught me to be passionate and to put myself out there; I would have never met the women I have met if I wasn't a part of this organization,” Thomison said.

As for Kayla Loper, the director of the Miss Oklahoma State University pageant, meeting the girls and building relationships with them is the most rewarding part of her job.

“The women I see entering this pageant are some of OSU’s brightest; I enjoy being a part of the recruitment process,” Loper said.

Loper is originally from Kansas, but has lived in Stillwater and has been the manager of Arts, Culture and Entertainment for five years.

“Prior to this roll, I didn't have any experience and flew blindly, but I have had great support from families of title holders,” Loper said. “They have helped guide me.”

Loper said there are 15 girls competing, normally there are 8-10. Loper said she expects the show to be entertaining because there are more girls.

“Audience members are going to see a high caliber of talent and entertainment,” Loper said.

“I haven’t competed since I was little, and I have never competed in Oklahoma,” Leding said.

Leding said she wants to start because she wants to be able to motivate people and spread positivity while also helping her parents who do everything they can to get her through college. Leding said one lesson has stuck out to her the most during her experience.

“You are in control of your own happiness, no one else; diving into this world has exposed me to knowing that it is ok to be different and if it is meant to be, it will be,” Leding said.

Leding said she does go through hard days, but reminds herself it has shaped her into who she is today.

“You don't have to be perfect, you just have to be you and that is perfect,” Leding said.

Leding stays true to herself, especially when she is performing. Leding said she has been involved in dance, cheer, theater and singing her whole life. For Miss Oklahoma State University, Leding has chosen trick roping for the talent portion.

“The bright lights, pressure and hundreds of people staring at me makes me so happy and excited, I love performing because I feel God is calling me to do so,” Leding said.

“It’s been an absolute whirlwind, it’s been crazy readjusting to being competitive in baton twirling to this, but I try to compare it to that,” Bryant said.

Bryant said her twirling coaches told her she needed to get into pageants.

“I always thought I wasn't cut out for it, but then I just told myself I was going to try, if I don't place or if I don't win, that's totally fine,” Bryant said.

Bryant said this experience has been eye opening for her, especially after winning the title.

“This experience has taught me that I can do anything I set my mind to, I had a goal and I went for it,” Bryant said. “If I could, I would go back and tell myself it will all be worth it.”