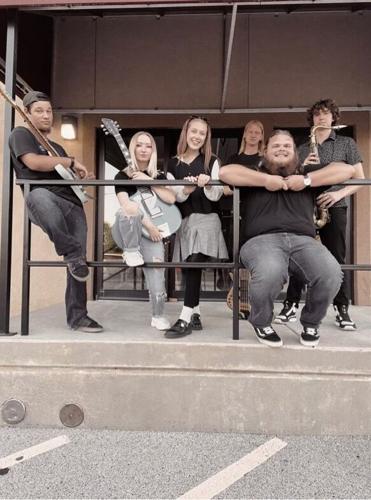 Kicked Out is a mixed-genre band composed of six OSU students. 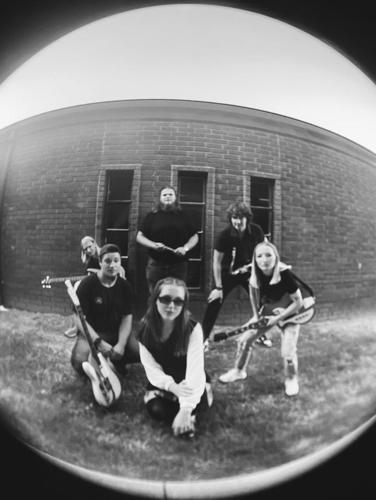 Kicked Out will perform at the OSU Art Festival at 3 p.m. Friday.

Kicked Out is a mixed-genre band composed of six OSU students.

Kicked Out will perform at the OSU Art Festival at 3 p.m. Friday.

Some students might have dreamed about being in a band as a child. You may have made instruments with whatever you could find around your house. Pots, pans, forks and spoons.

Of course, that dream does not come true for many.

One group of OSU students made their dream a reality.

Kicked Out is a local band that consists of six OSU students. Their sound cannot be defined to one genre, but fits into many. It is best described as “psychedelic surf grunge indie jazz” but they play an even wider range of genres.

“Our originals encapsulate these genres but we love to play covers from all music styles,” lead singer, Lauren Timbrook, said.

Following the final ABC Ensemble performance last semester, the band was born. The group formed because of the common idea that they wanted to make music together without conforming to the rules and requirements that the Greenwood School of Music has for ensemble bands.

After forming at the end of the spring semester, they spent the summer practicing together to formulate their own sound. In August, Kicked Out made its social media debut.

Each member of the band has its own inspiration they bring to the table. These artists influence the band’s sound and how they make music. Some of these inspirations include Cage the Elephant, Kurt Cobain, Anton Newcombe, John Bonham, Brecker Brothers and Eddie Van Halen.

Most of the members are music industry majors and they all share a passion for music.

“We didn’t want to be confined to one style of music,” Timbrook said. “Even though some of us aren't music industry majors, who doesn’t want to be in a band?”

One member in particular, Wannebo, said she’s been dreaming of this opportunity for a long time.

“For me, my entire childhood I wanted to be a rockstar,” she said. “As I got older I realized that wasn’t going to happen, but there’s nothing wrong with having fun. It's easier when you’re surrounded by people who can play instruments.”

Each member plays a vital role in the band. Not only do they all play an instrument or sing, but they have all written songs for the band to produce. “

It's really cool when one of us brings a song that doesn’t have a lot of form to it,” Timbrook said. “Even if someone didn’t write the song themselves we can be like ‘How does this sound on the drums or bass’ and we can all be a songwriter together even if it’s someone else’s bare bones.”

The group dynamic is lighthearted and everyone is given the opportunity to make their own creative decisions. They collaborate on songs and ideas, and try to find unique ways to show their talent.

“I want our music to be music that people can’t hear in other places,” Vanzant said. “I want them to be eager to watch us play.”

The next big step they plan to take is recording an album with their 12 original songs. Some of their originals include "Your Girl," "22" and "Crazy." They plan to record these in the Greenwood studio. After they record, their goal is to promote it and keep playing as many gigs as they can. Their long term goal is to someday have a song in “Guitar Hero,” but right now they have many ideas for the direction they want to go.

Kicked Out will play at the OSU Art Festival at Student Union Plaza from 3 p.m. to 3:45 p.m on Friday.

The group will also play at Stonecloud Brewing Company in Stillwater on Oct. 25 at 7 p.m.