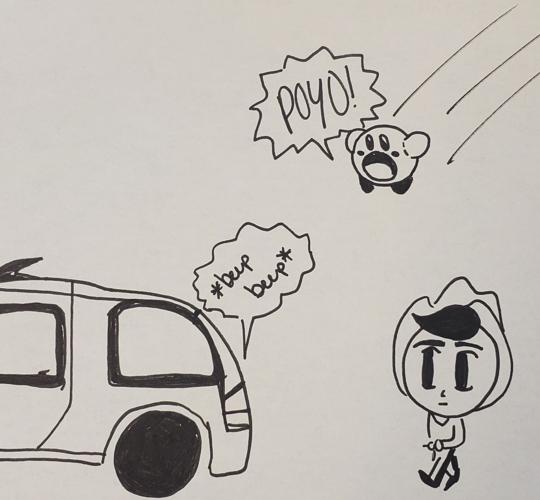 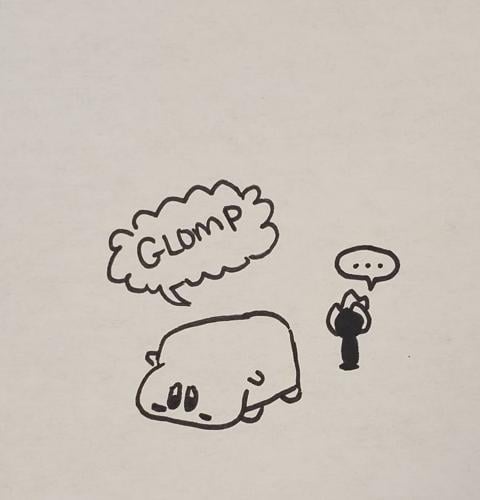 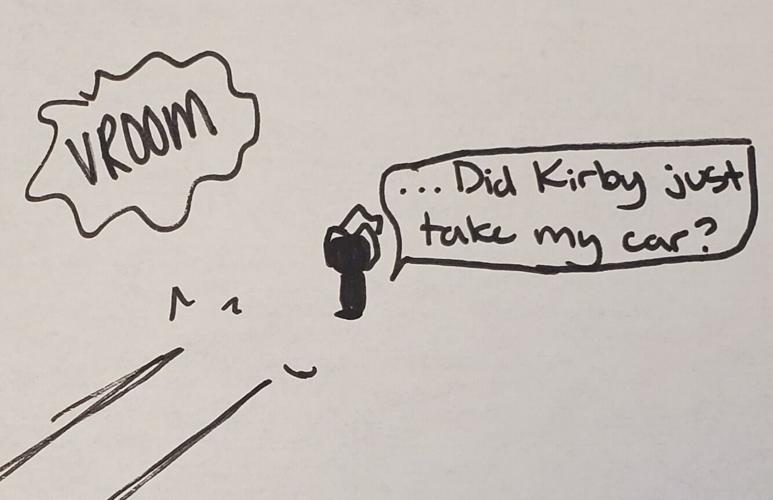 Kirby and the Forgotten Land just released on March 25for the Nintendo Switch, and people have mixed opinions.

The Kirby series of games are typically known for their 2-D platforming mechanics, cute and lovable characters and the unique power up system of inhaling enemies to obtain their powers. While two of these mechanics are still here in play in Kirby and the Forgotten Land, Kirby is now controlled in a three-dimensional environment for the first time in series history.

This fact is especially shocking considering the Kirby series has been around since 1992. This game has such an important impact for the Kirby series going forward into more 3D adventures. All this to say, does Kirby and the Forgotten Land suck?

Per usual in Kirby games, the story is nothing to write home about. While on his home planet of Popstar, Kirby gets sucked into some kind of vortex along with many of the other inhabitants and elements of Popstar.

Kirby wakes up on a beach in some abandoned world that has kidnapped many of the Waddle Dees, the inhabitants of Popstar. It is up to Kirby and his new pal Elfilin to save the Waddle Dees from the evil Beast Pack in the strange “New World.”

The plot is very simple, yet as seen by Kirby’s design, simple does not mean bad. This type of story works perfect for Kirby, as the Kirby series has never been focused on telling crazy stories. Besides, Kirby cannot talk in the first place, so it is always expected that stories will be on the simpler side of things.

There are seven worlds that Kirby has to progress through, each with their own unique themes and bosses. The goal of the levels is to platform through the different 3-D environments such as grasslands with an abandoned mall, a closed down theme park and a tropical beach and rescue the imprisoned Waddle Dees from their cages.

While there will always be three Waddle Dees at the very end of the level, the rest of the Waddle Dees are found by completing certain objectives and searching for the cages in hidden areas within the levels. This gives Kirby and the Forgotten Land a great sense of exploration and adds replay value.

Once the Waddle Dees are rescued, they set up camp in a hub world appropriately named Waddle Dee Town. The more Waddle Dees added, the more buildings and stores they build. Some come with their own mini games like the restaurant and coliseum that are built, while other buildings help to add to in level experiences like the weapons shop.

Each world also comes with their fair share of challenging areas called “Treasure Road.” These unique areas take advantage of Kirby’s copy abilities, and they really require the player to master each ability to complete the goal in a quick amount of time. It could be as simple as beating up a bunch of baddies with the hammer ability, sniping different targets with the ranger ability, or progressing through a maze of spikes with the tornado ability. Completing the levels awards the player with a rare stone, which can be used to upgrade the copy abilities within the Weapon Shop in Waddle Dee town. While the meat of the game comes in the form of levels within the worlds, these Treasure Road challenges offer even more ways to play the games.

This is where Kirby and the Forgotten Land really shines. Kirby is floaty and fun to play as just as always, and his move set translates crisply into a three-dimensional space.

The game limits how high Kirby can jump from a certain point, and given that the player has much more than a double jump, this makes complete sense. If Kirby’s jumping ability from his 2-D outings like Kirby’s Adventure and Kirby Super Star were used, Kirby and the Forgotten Land would be a completely broken game.

The copy abilities are back in action, and they function just the same as any other Kirby game. Swallow a certain type of enemy, Kirby gains their power. Switching from 2-D to 3-D really gives these copy abilities the merit to stand out on their own.

Certain levels benefit from having certain powerups, and the game will even reward players for figuring this out. This is one aspect that Kirby games have used in the past, but it is much more immersive within this 3-D setting.

New to the scene is Mouthful Mode. These are items that Kirby can swallow, but not exactly take the power of. Instead, he changes shape and almost turns into the object itself to help progress through the level.

For example, in the Amusement Park world, there is a section where the path to walk on seemingly vanished in darkness. The player then has to swallow a light bulb and slowly light the way through an obstacle course to reach the end.

There are many more examples of how Mouthful Mode adds on to the progression and the fun brought in with the copy abilities. Overall, the controls are pristine and easy for any player new to the series to understand.

This game is colorful. From the bright green grass within Waddle Dee Town, to the chilling environment of Winter Horns, there is always something to catch the eye in this game.

The game blends the abandoned city elements of the entire game's theme and the specific world the player is playing in perfectly. Kirby and the Forgotten Land is supposed to be displaying a world that is barren and abandoned, yet with the vibrant and colorful atmosphere this game brings, it depicts a world that is lively and vibrant.

In the same way the Super Mario 3-D World came before Super Mario Odyssey, this may be only the beginning for Kirby. The level-to-level format works great for what it is, and Kirby and the Forgotten Land surely lays a foundation for a new and developing formula for the Kirby series.

With its fun sense of exploration, collectables sprinkled throughout the levels, great combat using the copy abilities, fun use of the new Mouthful Mode, and vibrant visuals, this is a must play for all Nintendo Switch owners. Kirby may suck up enemies to get his power, but Kirby and the Forgotten Land does not suck!