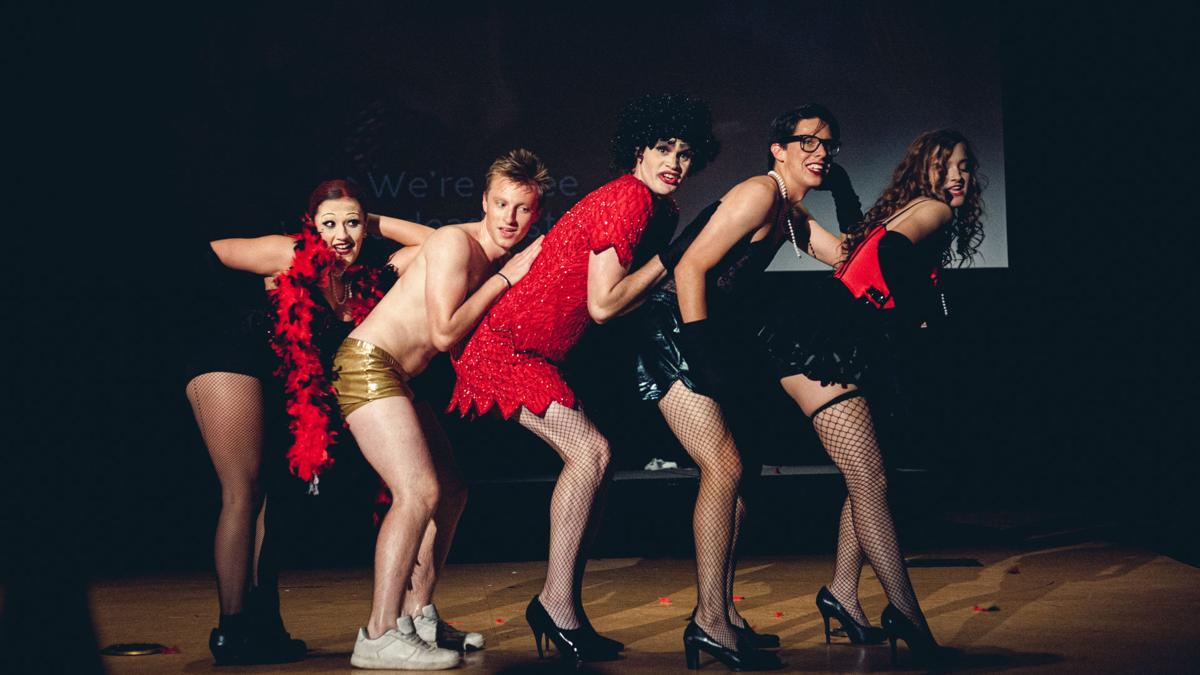 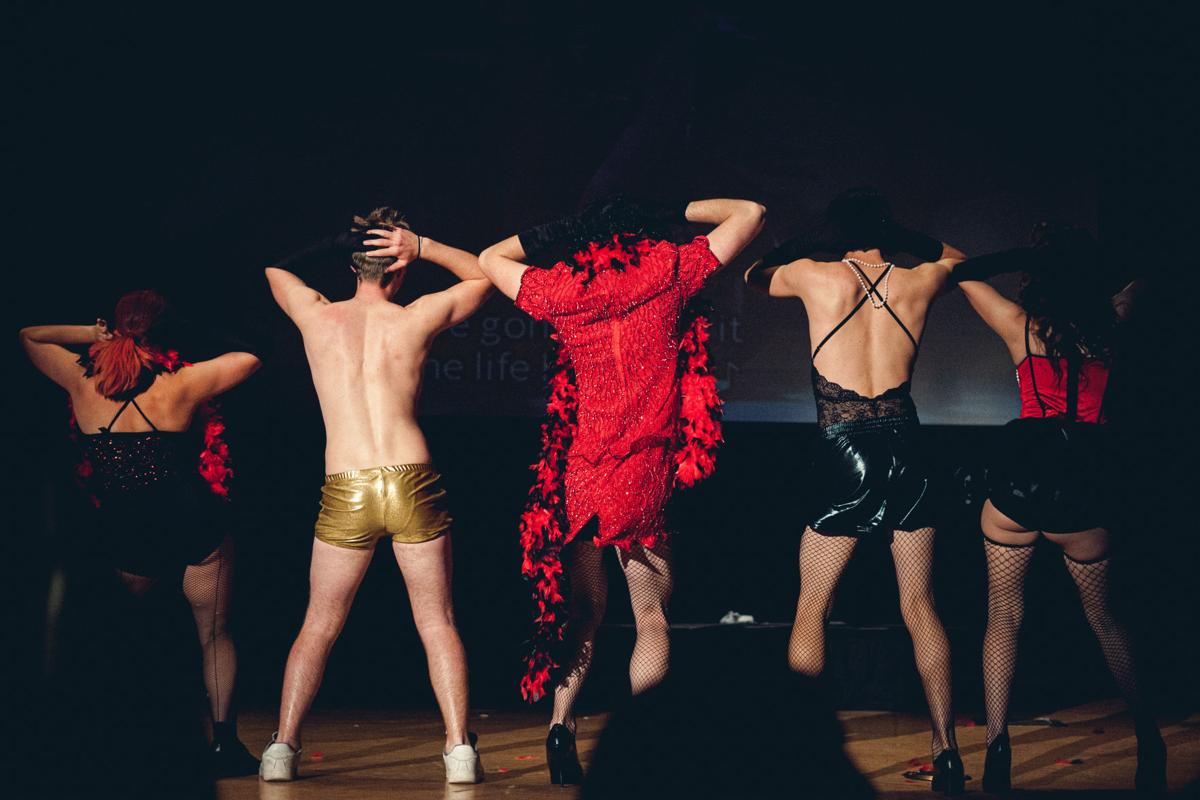 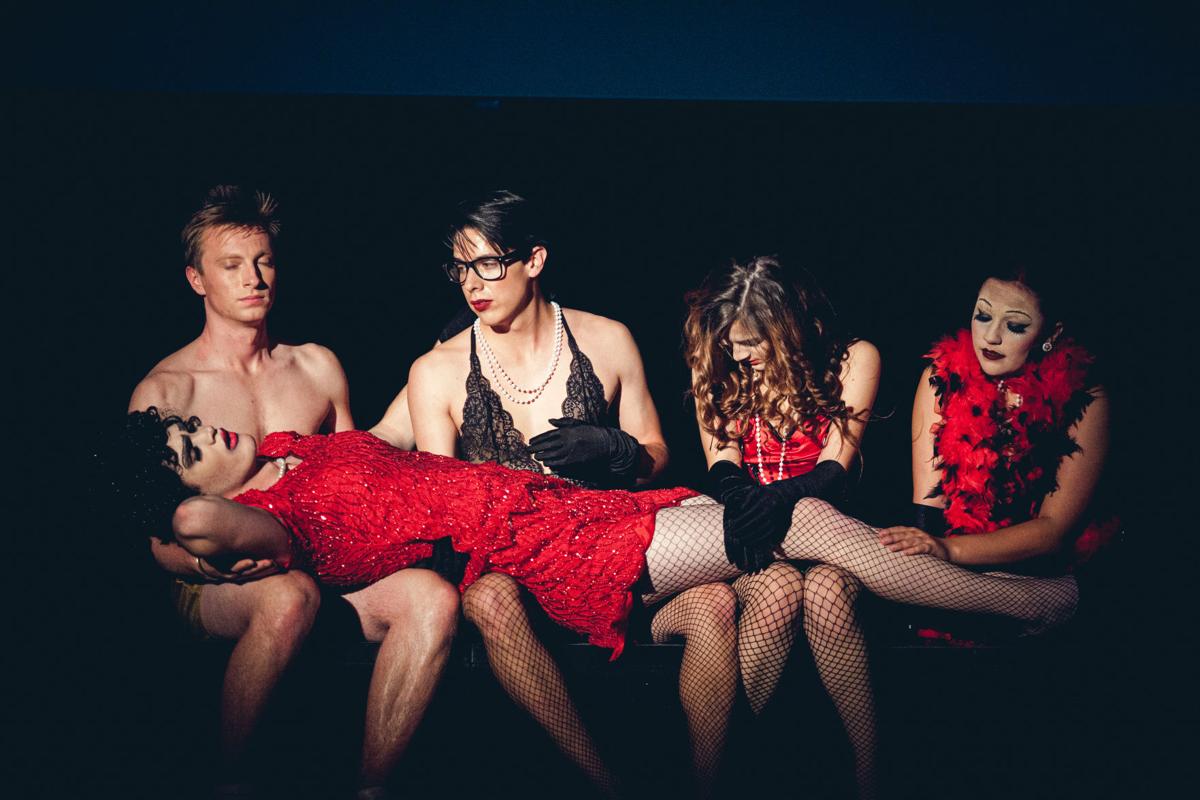 There’s always a ball of excitement and antic…(just say it)….ipation while waiting in line every year for SUAB’s production of The Rocky Horror Picture Show.

It’s called a production because it isn’t just a weird, kinda-transphobic movie from 1975; it is truly an immersive experience. People perform on stage along with the movie on the screen, and the audience is pulled in to interact with the characters in the movie and on stage.

The anticipation had plenty of time to build; I started waiting in line at 7:30 for the show that started at 9. I wasn’t alone either, standing aside people dressed in their Halloween costumes sitting outside of the student union theater, some working on homework or talking with their friends. The line didn’t start long, but when I looked up from studying my organic chemistry notecards, it had wrapped around the front of the student union. For a lot of people, like me, the production becomes a Halloween tradition.

As they started letting people in, I tried to remember the lines from last year. Of course there are the classics: every time a character says “Janet”, the audience responds by screaming at the screen “slut” or making fun of the narrator’s lack of a neck each time he appears on the screen. There are new ones or old ones that you forget every year like throwing toilet paper when Brad yells “Great Scott.”

That’s the whole draw of The Rocky Horror Picture Show. The experience of being in a room with over 400 people yelling at characters who will never hear you and watching these actors who are students just like you, dancing around in basically lingerie in front of those said 400 people is exhilarating, embarrassing and just fun to take part in.

Even though I’ve been to the show several years in a row now, it still boggles my mind at the collection of people who come, some with a big red V marked on their foreheads marking them as virgins of this experience and then others dressed in their clothes from the day out to have a good time. Where I was sitting, I was surrounded my virgins who were following the cues of the rest of the audience like when to hold up a copy of the O’Colly over their heads or what parts of the song to sing along to.

The actual performers on the stage helped bridge the gap from the screen to the audience, giving the voice of Dr. Frank-N-Further a representative in the room to engage the audience fully into the antics of his plans. It is so easy to forget that you’re watching a movie when all the characters are there on stage reach out to you to pull you into the experience.

Every year is a little different, different cast, different people and different phrases to say even if it is always the same movie. That’s the charm of The Rocky Horror Picture Show, there is something about being in a room full of strangers in costume, yelling and howling at the same movie in a different way every year.