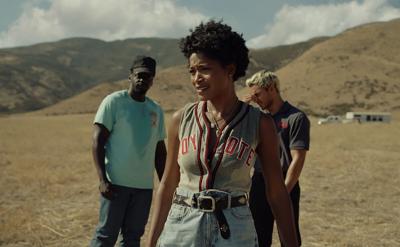 Cinema fans have been treated to several great films so far in 2022, and the summer blockbuster season did not fail to continue the success. Whether moviegoers were searching for an action-packed adventure, horror and thrills, superheroes, or family films, there were plenty of new releases to choose from this summer. While some fell flat, others excelled past my expectations leading them to be my favorite films of the summer.

“Nope” is the third horror/thriller film from multifaceted director Jordan Peele, and the expectations were high from the moment the first trailer was released. Peele’s latest film may not necessarily be his best work narratively, but there is no denying that it is an absolute spectacle to watch. The production value throughout the film is top-notch. From the cinematography, effects and the musical score, “Nope” takes you on an entertaining and thrilling journey. By the time the credits were rolling, I found “Nope” to be one of the best extraterrestrial films I have seen. Of all of Jordan Peele’s films, this is without a doubt the most rewatchable as well and I actually enjoyed myself even more the second time around.

This biopic of “The King of Rock and Roll,” takes notes from previous biopics, such as “Bohemian Rhapsody”, and shakes it up. “Elvis” is injected with the style and energy you would expect from a movie chronicling the glorious rise and tragic fall of one of the most influential and transcendent musicians ever. “Elvis” has a lot of great things going for it; the editing, acting and, obviously, the music. The real separating factor is Austin Butler, portraying Elvis Presley. Butler delivers a performance that can be described as nothing short of incredible with his acting range being put on full display due to his near-identical charm and charisma to “The King”. Boasting one of my favorite performances I have seen, “Elvis” is a film every fan of the performer should witness. For those who are not fans, I think the movie could change that.

I do not think it is a reach to say that unless you lived under a rock all summer, you have heard of “Top Gun: Maverick” and its success. Continuing to rise in the box office, “Top Gun: Maverick” has etched itself into history as one of the most popular films of recent history. Accomplishing one of cinema’s most difficult feats, “Top Gun: Maverick” delivers a sequel that surpasses its predecessor in every way possible while doing it in tremendous Tom Cruise style. With amazing action, drama, character moments, and direction, “Top Gun: Maverick” easily takes the top spot for the best movie of summer 2022, and has the potential to be the best film of the year.