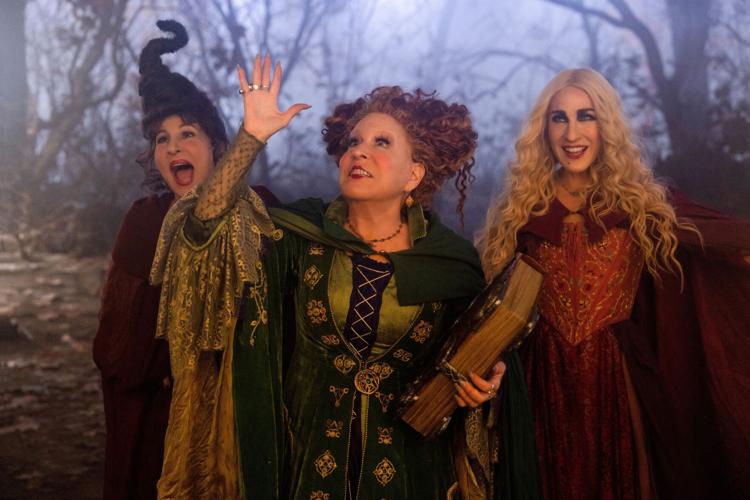 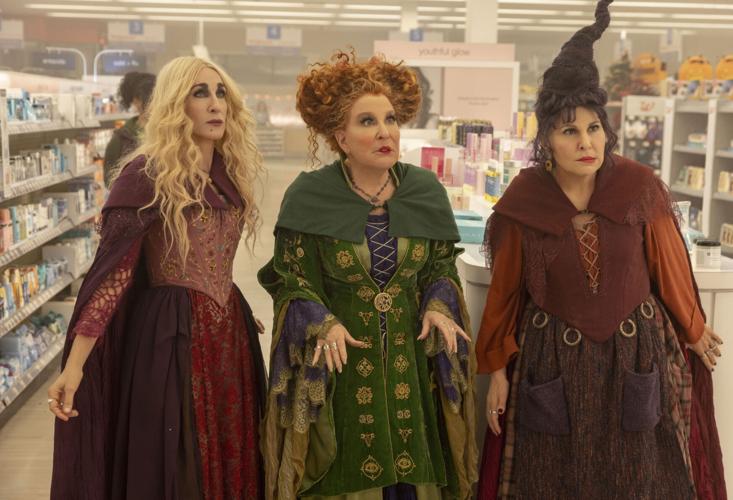 From left, Sarah Jessica Parker, Bette Midler and Kathy Najimy reprise their roles as the Sanderson Sisters in "Hocus Pocus 2."

From left, Sarah Jessica Parker, Bette Midler and Kathy Najimy reprise their roles as the Sanderson Sisters in "Hocus Pocus 2."

The lovable Sanderson sisters are back on our screens.

About 30 years ago, “Hocus Pocus” gave us the trio of the memorable Salem witches who created chaos all throughout Halloween night after the Black Flame Candle resurrected them. With “Hocus Pocus 2,” the candle does its magic once more in the sequel. “Hocus Pocus 2” is a sequel that has taken long enough to introduce an entire new generation to the wonderful wacky world of Halloween Witchery.

Director Anne Fletcher does a good job with the film. It has a great blend of the 1993 framework while still having a modern feel to the film. There’s no doubt that this movie is one that takes place in the modern time. The screenplay from Jen D’Angelo blends the nostalgia with a story the younger and new generation viewers can enjoy. There are several parts of the story that bring back the original movie in new and creative ways while still giving the three sisters some more ground to cover in their arcs.

Becca, who Whitney Peak plays, goes to the local witchcraft store to pick up some supplies and ultimately get the story going. Like any regular teenage child, Becca decides to celebrate her 16th birthday in the only way she knows how. Heading to the woods with her best friend Izzy, who Belissa Escobedo plays. Hijinks and Witchcraft ensue as Becca and Izzy summon the Sanderson sisters after an honest mistake which allows them to escape onto the town.

This time is different for the sisters. Given that it has been about 30 years since they were last seen, the sisters have become more than a tale but more Halloween legends. When you blend that new twist and the technology aspect of it for them, "Hocus Pocus" becomes an interesting and funny story that definitely benefits being set in 2022.

Ultimately, this is a story about sisterhood and with the new trio of characters, Becca, Izzy and Cassie the parallel between them and the witches may be a bit too obvious. Still, it works well and helps the heart of the film. The stakes in the film aren’t high even when they may want to be given the kid friendly nature. However, the Halloween spirit is all there and will have the film being rewatched near Oct. 30.

"Hocus Pocus 2" is a good sequel that builds upon the original in clever ways while making interesting new characters and expanding on the titular ones.