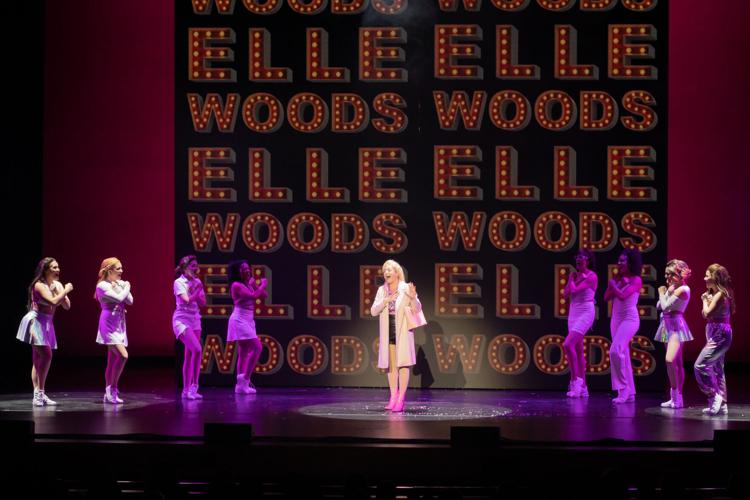 "Legally Blonde: The Musical" entertained fans of all ages during its shows last Thursday and Friday at the McKnight Center. 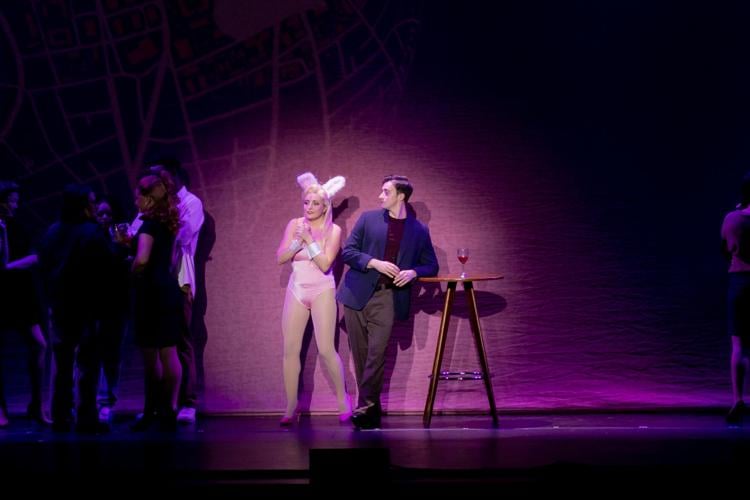 Lead actress Hannah Bonnett (left) spoke to The O'Colly about her career as a traveling Broadway star.

"Legally Blonde: The Musical" entertained fans of all ages during its shows last Thursday and Friday at the McKnight Center.

Lead actress Hannah Bonnett (left) spoke to The O'Colly about her career as a traveling Broadway star.

A sea of pink flooded the McKnight Center Friday night.

OSU hosted “Legally Blonde- The Musical '' and its cast as they performed their 13th show from their national tour.

The musical tells the story of Elle Woods, an iconic Hollywood character, who tackles stereotypes, sexism, snobbery and scandal in pursuit of her dreams, and proves that you can be legally blonde and still be the smartest person in the room.

Meadow DeZoete, a sophomore at Missouri Southern State in Joplin, Missouri, came to Stillwater to spend the weekend with her childhood best friend, Taylor Johnson, a sophomore at OSU majoring in mathematics and secondary education.

“I hadn’t seen Taylor since Labor Day weekend,” DeZoete said. “We had talked about going to watch “Legally Blonde” but the tickets were sold out so I had no expectations of going.”

After registering for a waitlist and hoping a miracle would happen, Johnson got the email letting her know she got two student tickets, for her and DeZoete, for the Friday show.

“It was the first musical I attended at OSU,” Johnson said. “A miracle happened and the tickets were only $15 and I was able to sit in the box. It felt really fancy. I was confused about whether it was going to be the OSU students putting it on or an amateur Broadway company. I was impressed with the production and how professional it was.”

It was neither. It was a professional traveling Broadway production.

The musical lasted for two and a half hours and from the beginning until the end, the crowd was interacting, either laughing or cheering after a scene was over. There were not only college students at the McKnight Center. Kids, older couples, families and professors also attended the musical.

Johnson said she was excited about the different age groups present in the auditorium and said Woods’ story is for all ages.

“It was so fun to see a lot of people wearing pink and seeing such a visual representation of girl power,” Johnson said. “There weren't only women there, there were a lot of men who were clearly having a great time. It was almost weird if you weren’t wearing pink. From the box, I could see a sea of pink.”

The musical told an important story that can help college students reflect on stereotypes and it played an important part in encouraging young women to not be afraid of fighting for what they want while being proud of who they are. The storyline is even more relevant nowadays, after the #MeToo movement, which gave women the confidence to come forward and speak about their experiences of sexual assault and harassment. “Legally Blonde” certainly does not shy away from commentating on such abuse within the workplace and classroom settings.

“My favorite part of the musical was seeing women stick together,” Johnson said. “It is always so frustrating to see men getting away with sexual assault and harassment. I was definitely tearing up watching Elle’s rival, Vivian, defend her and stay by her after Elle was harassed by her professor.”

This new musical version of  “Legally Blonde” is also culturally relevant due because of the distinctive casting decisions. Many of the actors are dynamic choices who bring original and authentic energy to their respective roles.

“ I didn’t love the casting,” DeZoete said. “Three of the main characters could have been better. They didn’t give much of the sass and sarcasm that I think of when I think of the conversations in “Legally Blonde”  but at the same time I loved how they chose a representative cast and maybe as the show goes on some small things will be adjusted and it will be perfect.”