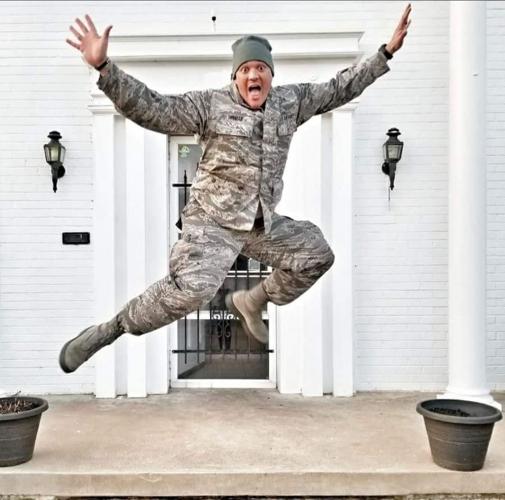 Les Thomas Sr. made sure to be there for his kids and wife while serving in the Air Force. 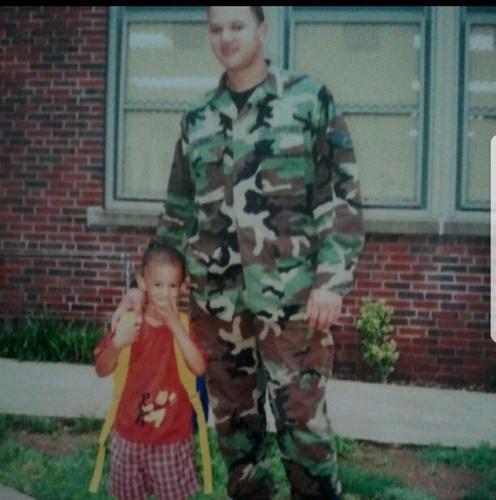 Les Thomas Sr. always tried to be there for his family even though he was across the globe on tours.

Les Thomas Sr. made sure to be there for his kids and wife while serving in the Air Force.

Les Thomas Sr. always tried to be there for his family even though he was across the globe on tours.

In the confines of Sheppard Air Force Base, no soldier could be gone past 10 p.m., let alone a whole weekend. But Les Thomas Sr. needed to leave.

Thomas walked into his Mechanical Transport Officer’s office, closed the door and asked a question.

“Do you see your kids?” Thomas asked.

“Well, I don’t get to see my kid,” Thomas said in response.

Thomas told, didn't ask, his commanding officer he was leaving and didn’t care about the consequences.

“Whatever repercussions come with leaving, so be it, because I’m a man and I want to see my son,” Thomas said.

Thomas left Wichita Falls, Texas, en-route to his home in Oklahoma City shortly after that conversation to go see his son.

This is just one example that Thomas, known as OSU’s ‘hype man’ at football and basketball games, has always thought family over everything — prevalent throughout his 20 years of service in the Air Force and the Oklahoma Air National Guard.

Thomas served 18 years as an accountant and two as a chaplain assistant from 1998-2018. He reflected on his time in the military and dedication to his country leading up to the Veterans Day holiday on Friday.

“I look at my time in the military as a privilege and an honor to serve our country,” Thomas said.

Thomas worked at local bases such as Tinker Air Force Base and Will Rogers Air National Guard Base, but for many years, he had assignments overseas in countries such as Iraq, in Operation Iraqi Freedom, and Kuwait, far away from his family.

While he was across the globe, FaceTime and Zoom calls weren’t around, but Thomas still found ways to talk to his family.

On occasion, Thomas surprised his family, returning from tours. Thomas remembers the time he surprised his son, Les Jr., at his basketball game, but it wasn’t just any game, it was the playoffs.

Les Sr. returned from his temporary duty assignment a few days early, with no one knowing of his arrival. He had a family member pick him up from the airport and immediately go to the game.

“It was important to me to make all my son’s games,” Les Sr. said. “I walked into the game in my uniform and I just remember seeing the smile on my son’s face, he wasn’t expecting it.”

With frequent four-month tours, Thomas found himself not being able to always be there for his family, he especially remembers the first time he couldn’t aid his wife and kids.

While one of Les Sr.'s trips, the fence fell down in the family’s backyard, the dog got out and it went missing. Simple task, sure, but Les Sr. felt frustrated he couldn’t help his family fix the fence and find the pooch that eventually was found.

“That simple thing triggered me because if I was home, I would’ve been able to fix the fence,” Les Sr. said. “Then, you have all these people saying that they’re going to help when I’m away, but when the rubber meets the road, a lot of them are just talking. So, I was really frustrated that my wife and family needed help and I wasn’t able to be there for them.”

From his weekend absence at Sheppard Air Force Base to see his newborn to surprising Les Jr. at one of his high school playoff basketball games, Les Sr. always found a way to be there for his family.

“My family is really important to me,” Les Sr. said. “I didn’t grow up where my father was highly involved with me, so I made a commitment to myself and to my son and daughter that I will be committed to my kids and be at everything as much as I can.”

Les Sr. never let his upbringing get in the way of being true to his family and people took notice.

First Sgt. Daniel Swanson has known Les Sr. for about 14 years, working with Les Sr. in the financial department. Swanson took note of Les Sr.’s dedication to his family despite his background.

“He’s from a pretty challenging background, and the way he adapted, overcame and showed resilience is inspiring,” Swanson said. “From the background he and his brothers came from, they had to kind of stick together and I think that translated well for when he was able to establish his own family and his own way. He's always been very enthusiastic about his family, and very enthusiastic about just anybody who happens to come across his path.”