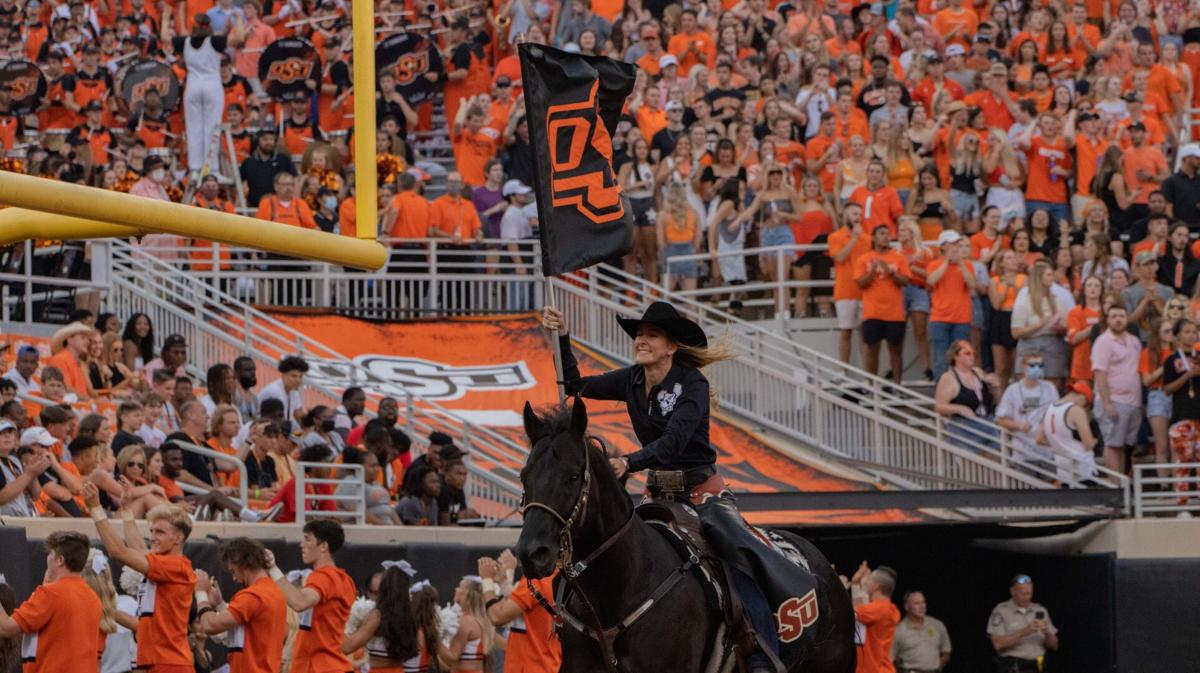 Cadlyn Smith she said the riding on the field is pure adrenaline. 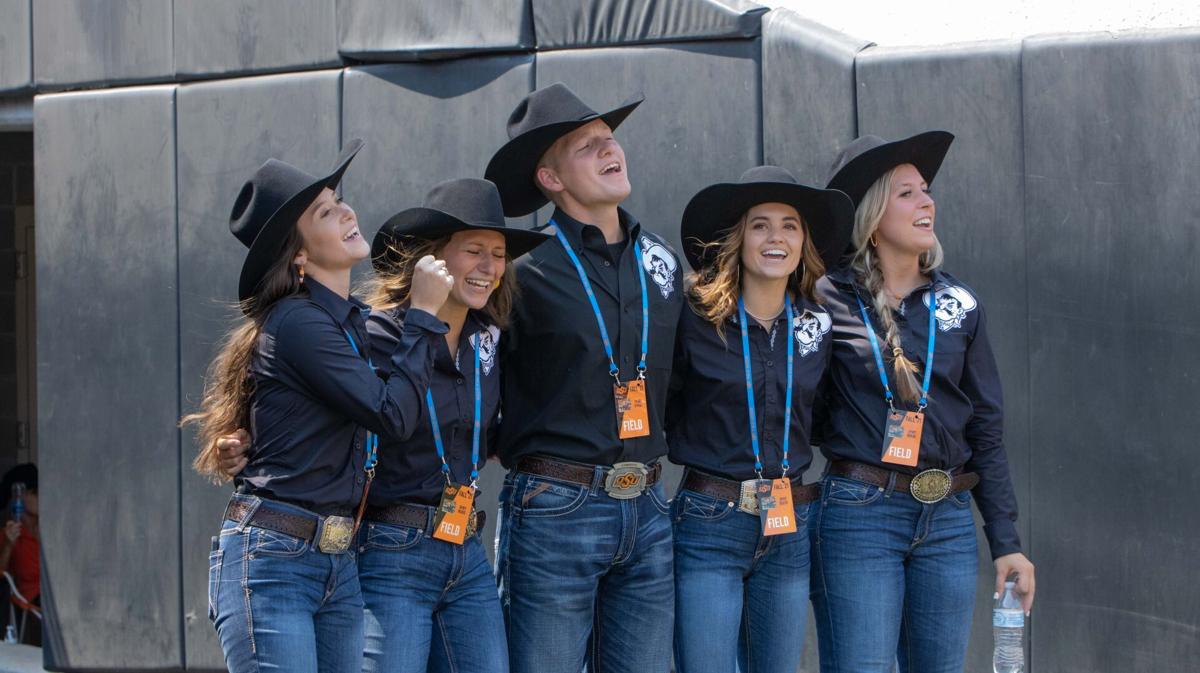 Team members duel as security detail on the football field during Bullet's run. 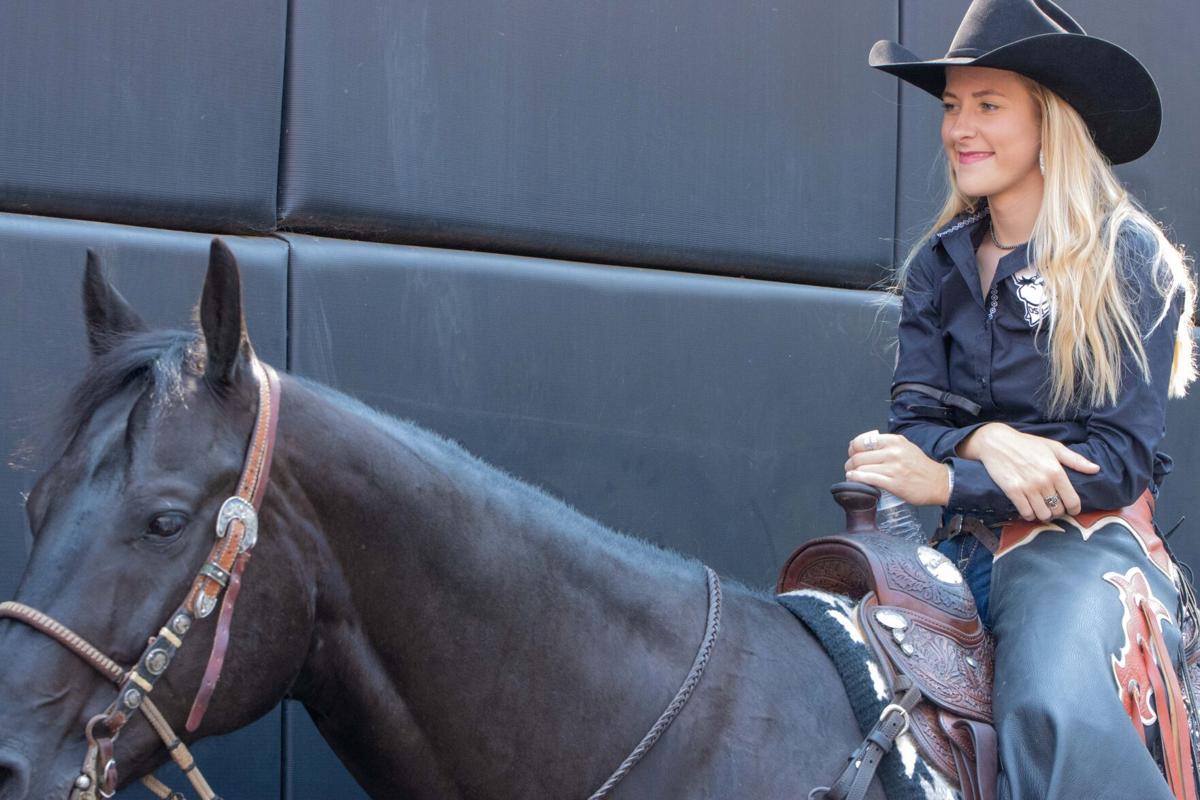 Cadlyn Smith drives to Tulsa three times a week to work with Bullet. 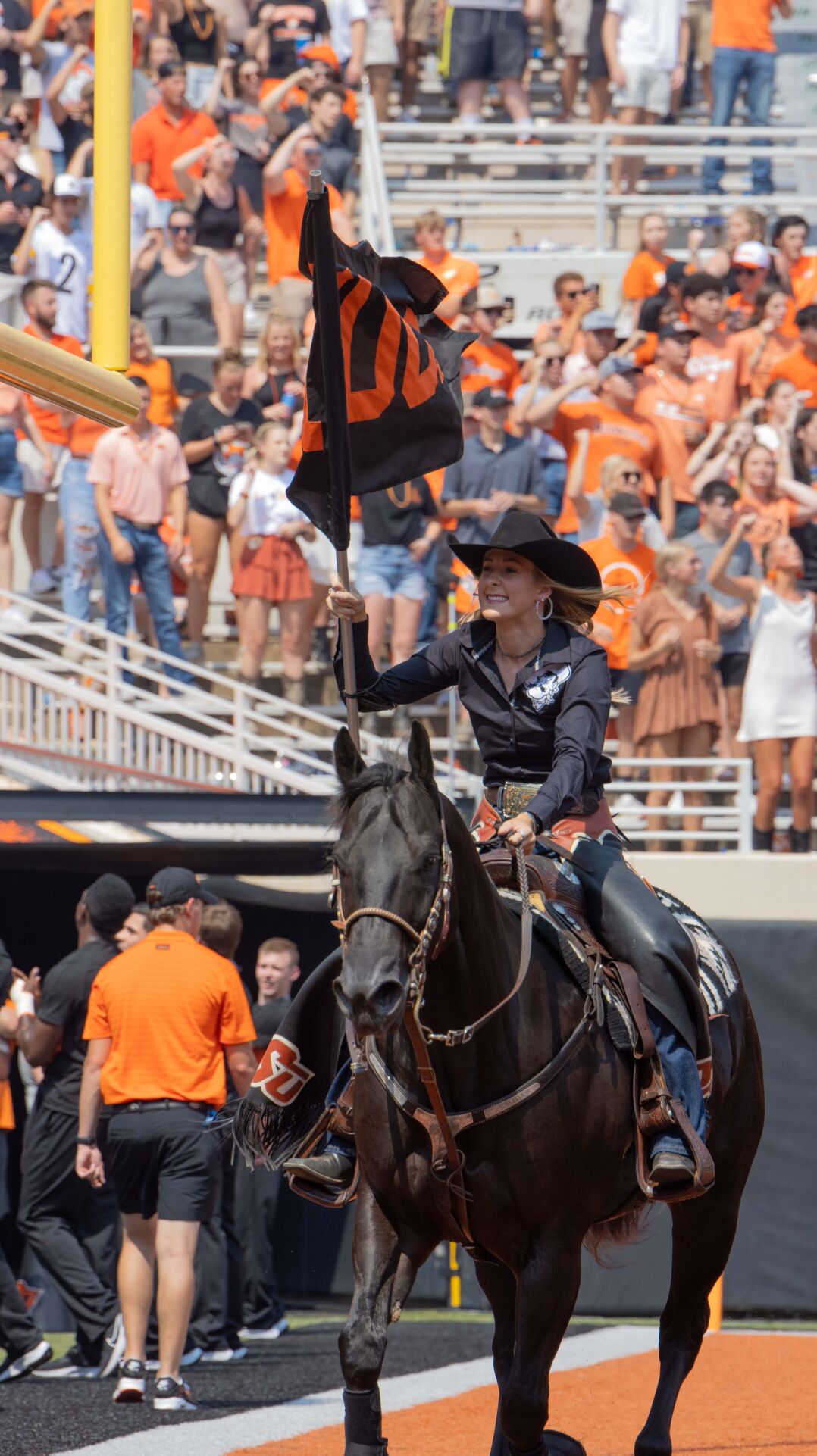 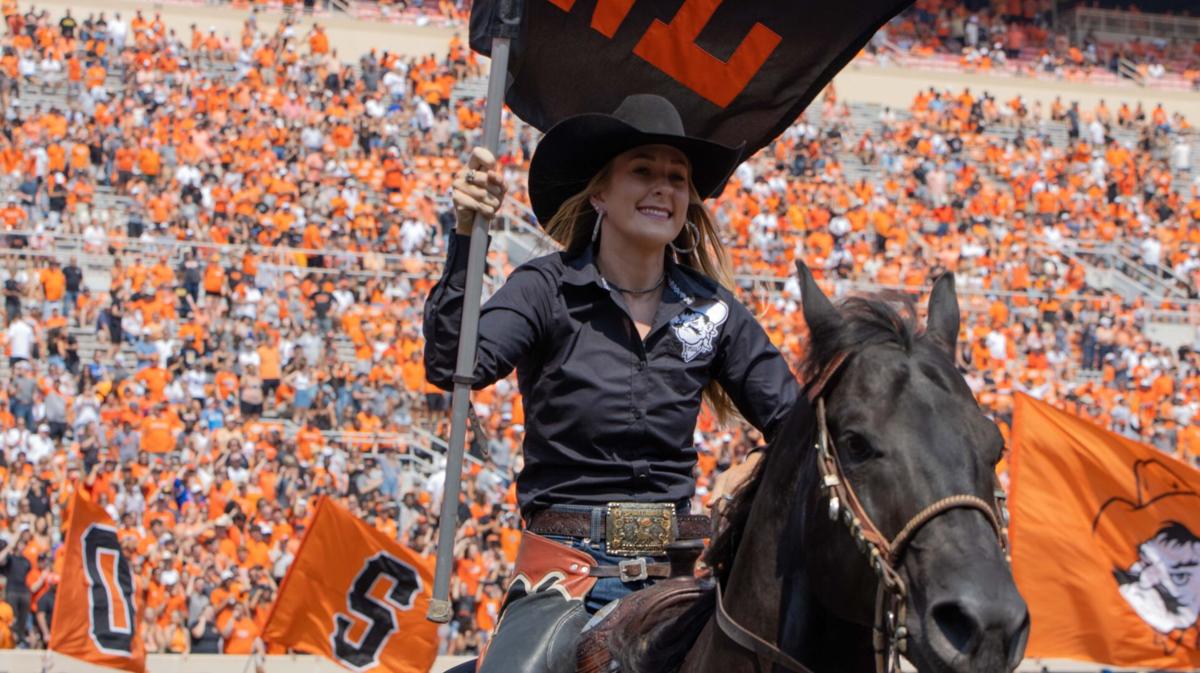 In addition to being a staple at Oklahoma State football games, Bullet makes public appearances for taking pictures.

Cadlyn Smith she said the riding on the field is pure adrenaline.

Team members duel as security detail on the football field during Bullet's run.

Cadlyn Smith drives to Tulsa three times a week to work with Bullet.

In addition to being a staple at Oklahoma State football games, Bullet makes public appearances for taking pictures.

Cadlyn Smith has never watched from the metal stands of Boone Pickens Stadium, despite taking in plenty of Oklahoma State football games.

Her seat is made of leather.

Smith, a senior at OSU graduating in May with an Agricultural Leadership degree, has the most visible role in a beloved OSU tradition.

She is the Spirit Rider.

Like other orange-clad spectators on game days in the fall, Smith watches the football game intently; eagerly hoping for a Cowboy touchdown.

Smith’s vantage point is a little different from most fans, though, and her reaction to scores is different too. She watches the entire game in a saddle, perched on top of her horse in the west end zone tunnel, Smith cannot relax or exhale when the Cowboys score.

A touchdown is go time.

As soon as the extra point is attempted, she rides Bullet, a black gelding, in a loop around the east side of the field. The experience is surreal.

“It’s like the movies where it's like muffled, because you're not really registering that everyone is yelling,” Elise Wade, the 2017 Spirit Rider, said. “I swear you can feel the ground shaking because there's nothing like 60,000 football fans cheering for a touchdown.”

The Spirit Rider, decked out in a Pistol Pete long sleeve shirt and black cowboy hat, is tailed by three yell leaders bearing flags. The trio sprint after the horse in a rough oval route passing the student section. Each of the flags have a letter, combining to spell O-S-U when unfurled in the wind.

Since 1984, the Spirit Rider has raced to the 30 yard line at every football game celebrating not only the touchdown, but to rally everyone together.

Despite the overload of sensations coming with the Spirit Rider’s job— the serenade of cheers, the spray of rubber pellets from the turf and the wind whipping through her hair. Smith, a first-year rider, cannot recall her first ride.

The experience only lasts a few seconds, but the feeling that slams the riders forges an unshakeable memory.

“It's just a really cool experience, like, just pure adrenaline,” Smith said. “I’ve never experienced anything before but it is absolutely the coolest experience I've ever had.”

Not every trip Spirit Riders take is a euphoric gallop in front of a full stadium.

Like the muscle memory helping guide Bullet on his trots, Spirit Riders get extremely familiar with an over 60-mile stretch of highway.

Smith drives to Tulsa three times a week work with Bullet at Program Coordinator Jennifer Roberts’ ranch. The Spirit Rider must regularly train and bathe Bullet; responsibilities that can feel like a full-time job.

“I slept in Tulsa more during the week during football season than I did in Stillwater,” Wade said.

The recurring hour plus long road trips to Tulsa, while occasionally ending with a home cooked meal with Roberts’ family, are tough. Especially when fuel prices are high, the constant travel can drain a Spirit Rider’s energy and wallet. Despite the constraints of the job, the role of Spirit Rider is highly desired.

“You have to know a rider or a team member from the previous year to be able to get an application,” Smith, who spends upwards of three hours a day riding horses, said. “We keep it pretty locked down because we want people who have the experience and have the want to reach out to us.”

There are seven team members on the 2021 team; six people on grounds crew and the Spirit Rider. Smith came to OSU with the intent of becoming Spirit Rider and worked on the grounds crew before earning the role in her third season with the team.

The grounds crew doubles as a security detail on gameday. Though no serious accidents have happened, plenty can go wrong on a run.

Opposing defensive players coming off their field to rehash the score they surrendered, or unsuspecting referees absorbed in their work can stray into an area soon to be occupied by a 1000-pound animal.

The team is trained to watch for other undesirable things like a cord presenting a tripping hazard and also ensure members of the band do not point their instruments at the horse.

Bullet is even a little leery of the Eskimo Joe’s dog mascot who frequents the sideline. The grounds crew has the mascot turn away and face the crowd.

With the crew of seasoned veterans providing an expertise with large animals, Bullet makes public appearances for picture taking.

A favorite activity of the Spirit Riders is greeting OSU fans before the game.

When homecoming arrived in Wade’s year as Spirit Rider, she treasured her role in connecting OSU graduates with their children and grandchildren - all who share fond memories of watching the horse and rider burst onto the field to thunderous applause.

“The horse stands for everything that is good about Oklahoma State,” Wade said. “Bullet ties together traditions and ties together the cowboy way of life because at the end of the day, we are all cowboys.”

Alumni from around the world will be in Stillwater for the centennial edition of America’s Greatest Homecoming. Every year, the combination of horse, rider and student body taking in the scene changes, but Bullet’s flowing mane and flapping flags connect everyone.

As a Spirit Rider, Wade is grateful she was along for the ride.