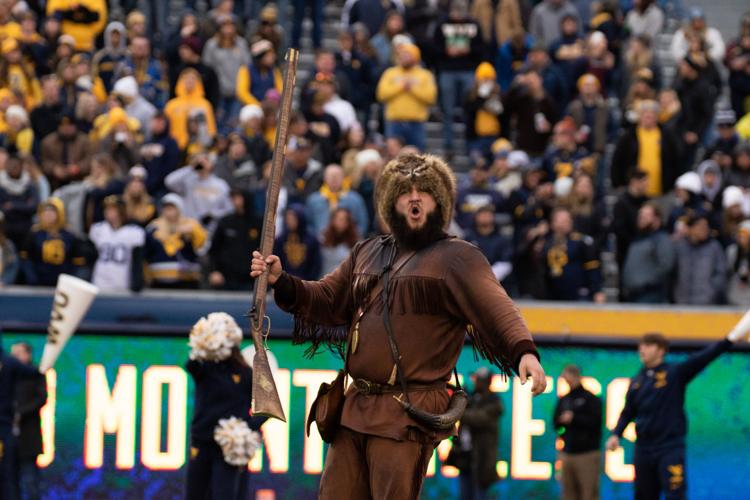 The West Virginia Mountaineer mascot, pictured in 2019, is one of the few human mascots in college athletics. 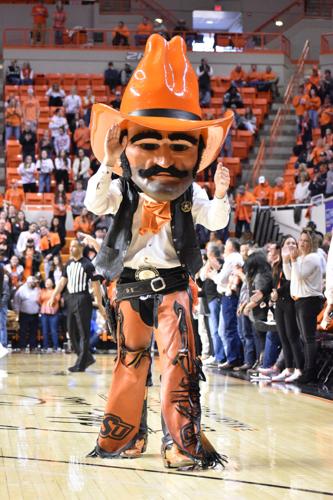 Pistol Pete claps along with the crowd before a basketball game in February.

The West Virginia Mountaineer mascot, pictured in 2019, is one of the few human mascots in college athletics.

Pistol Pete claps along with the crowd before a basketball game in February.

There are certain things at games that just bring the entire experience together.

The pregame tailgates, iconic marching band fight songs and the roar of the crowd after unbelievable plays. However, if there is one aspect to wrap up the college football experience into one package, it is the mascots. Mascots help build a brand for a school as well as get the crowd fired up. With no two mascots looking exactly the same, here are the best and the worst of the Big 12 mascots.

No. 10 Willie the Wildcat- Kansas State

Kansas State has the groundwork for a great mascot with the Wildcats.  However, there is just something that is off about Willie the Wildcat. The main issue here is the uncanny mix between a man and a wildcat. It looks like a completely normal Kansas State football player until the head, which is a mascot head of a wildcat. If Kansas State would have taken the approach of buying all the way into the wildcat, Willie may have been higher on this list.

No. 9 Bruiser the Bear- Baylor

A bear is a fairly common mascot seen throughout the sports landscape, and this works as a disadvantage for Baylor’s Bruiser the Bear. Bruiser, while an inoffensive mascot in his own right, can seem a bit generic compared to the other mascots seen throughout the conference.

No. 8 Cy the Cardinal- Iowa State

On paper, Cy the Cardinal is a great mascot. With a big smile and bright colors, he fits the bill for a mascot perfectly. However, Iowa State is known as the Cyclones, and as it is seen, Cy is not a cyclone. A cardinal was chosen to represent Iowa State’s color scheme and Cy is a play on words with cyclone. While it may be hard to develop a mascot of a cyclone, a cardinal has seemingly nothing to do with Iowa State University as a whole. A good mascot, yet it is in a weird predicament.

No. 7 Boomer and Sooner- Oklahoma

Oklahoma’s mascots Boomer and Sooner get the job done as far as mascots go. The horse duo has gone through a few revisions over the years, but ultimately, they serve their purpose well for Oklahoma athletics. What sets these horses back a bit behind the rest of the Big 12 mascots is that Oklahoma has many other beloved traditions, such as the Sooner Schooner, that stick out a bit more when it comes to OU.

Known more for his appearances in basketball than in football, Big Jay is one of the most unique mascots the Big 12 has to offer. The word Jayhawk, coined in the late 1840s during the state of Kansas settlement, gets its name by combining two real birds, the blue jay and the sparrow hawk. The Jayhawk is entirely original to Kansas, meaning there is not a mascot out there quite like Big Jay. With his color scheme of blue and red, his big eyes, and large beak, he stands as a staple of college basketball and KU.

The SuperFrog is one of the most unique mascots in the country, let alone in the Big 12. When wearing the TCU football gear, the SuperFrog’s muscles and spikes all across his body make him a bit intimidating when looking across at the other Big 12 mascots. While it may be odd compared to standard mascots out there, the TCU SuperFrog is an elite mascot that gets those TCU fans chanting “Riff, Ram, Bah, Zoo.”

Oklahoma State’s Pistol Pete is synonymous with the university and the town of Stillwater itself. Based off a man named Frank Eaton, Pistol Pete has been the Pokes go to hype man since 1958. Pistol Pete can be found making an appearance in nearly every aspect of Oklahoma State, whether that be academic or athletic. He is a key piece to the branding of Oklahoma State, and his big hat and mustache make it easy to see why.

Texas mascot Hook ‘Em is a great example of simple done right. With a big smile, cowboy hat, and a unique mascot in a longhorn, Hook ‘Em has all the ingredients needed to make an elite mascot. Known for his killer dance moves, Hook ‘Em is a legend in Austin alongside Bevo.

No. 1 The Mountaineer- West Virginia